Wrestlemania 36 will be different this year, so there are bound to be surprises. We have come up with some of the biggest things WWE could do.

Even though WrestleMania is taking place with no audience, the WWE is doing its best to provide a good show. In fact, there could be a number of surprises during the Showcase of the Immortals this year. Let’s take a look at some of the amazing things we could see!

1. The Return Of The Baddest Woman On The Planet Ronda Rousey

Ronda Rousey visited the Performance Center recently. She posed for a picture alongside Cain Velasquez, which was put on social media. The photograph and social media exposure angered Vince, as Ronda’s visit was a secret.

There are significant rumors about Ronda Rousey and an appearance at WrestleMania 36. A return of the Baddest Woman on the Planet would be brilliant, especially since there is less attention on the women’s division. Out of all the possible WrestleMania 36 surprises, I hope this one comes true. 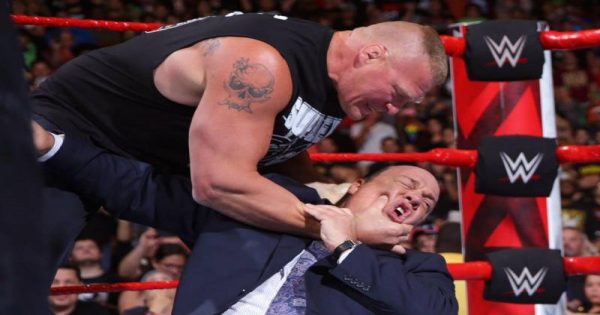 It is almost unimaginable to think that Paul Heyman could betray Brock Lesnar. After all, both men are inseparable and have been for more than a decade. But, is there a change in the wind?

One way to make WrestleMania 36 memorable is by making Paul Heyman turn on Brock Lesnar. Drew McIntyre has been extremely dominant, so it would not be too far-fetched for Paul to choose Drew over Brock. That being said, Drew does not really need someone to talk for him.

Drew McIntyre can realistically beat Brock Lesnar. The Royal Rumble set the stage for a win, all the WWE has to do is capitalize on it. A new champion will draw in more viewers going forward, I can almost guarantee it.

Taking Paul Heyman out of the equation, I truly believe Drew McIntyre will become the new WWE Champion at WrestleMania 36. Brock has no shortage of lengthy title reigns, so maybe it is time for someone else to have a long run with the belt? 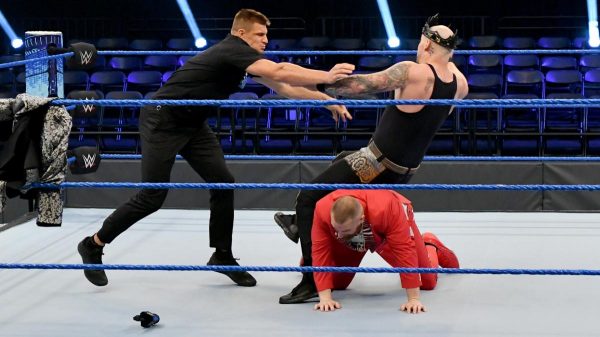 Not only did former Super Bowl Champion Rob Gronkowski sign with WWE, but he already debuted on TV. It is not the first time we have seen Gronkowski appear, as helped Mojo Rowley win the Andre The Giant Battle Royal several years back. There is no Battle Royal this year and Gronkowski is the official host of WrestleMania 36.

As of now, Gronkowski is only advertised to serve as the host of the two night event. But, that could change. As seen on SmackDown, King Corbin took out Elias and he might not be cleared to compete. Of course that is part of the storyline. For all we know, Elias is one the wrestlers that has been deemed sick and unable to wrestle.

Corbin and Gronkowski have already traded words. That makes me believe Gronkowski could actually wrestle on the card. King Corbin walks out and demands an automatic win. Out comes Gronkowski, who challenges King Corbin and he secures a win in his first WWE match. WWE would get plenty of media coverage. 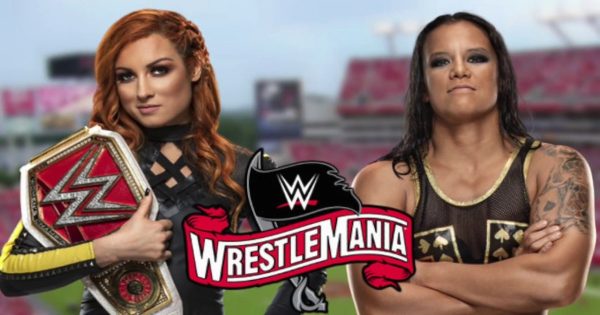 A lot of fans expect Becky Lynch to beat Shayna Baszler in record time. However, I don’t think it will happen like that. Shayna Baszler was one of the most dominant NXT champions and she is a serious obstacle for Becky and her title reign.

You could argue that Shayna Baszler is being built as the Brock Lesnar of the women’s division. And you would not be wrong in saying that! Shayna is booked strong and absolutely dominated during Elimination Chamber.

Shayna beating Becky at WrestleMania 36 is not a bad thing. Becky did not have any serious competition since Ronda Rousey left. The only one who is a believable opponent is Charlotte Flair, but she is current embroiled in a title match against Rhea Ripley. So, the only option for a feud is Shayna Baszler.

Of course, this match could have a surprise turn too. Ronda Rousey can make a return at WrestleMania. If this happens, she may interfere during the match between Becky and Shayna. In other words, the groundwork for The Four Horsewomen of the WWE versus The Four Horsewomen of the UFC could be laid. Alternatively, Ronda could come out in support of Shayna, leading to an entirely different feud between Ronda and Becky in the months ahead. 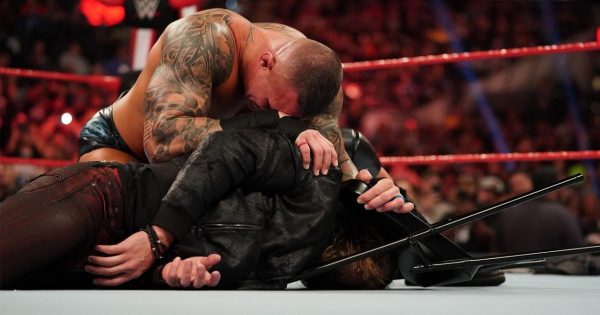 Evidently, this is something nobody wants to see happen. But again, this is the WWE we are talking about. They have no problems making fans angry.

If the WWE want to create a serious social media discussion, a loss for Edge against Randy Orton would most certainly do that. Whether the WWE needs this negative publicity at the moment remains to be seen.

The WWE have a difficult job at the moment. They need to create an event everyone will talk about, but have to do it without an audience. The storyline between Edge and Randy Orton is the perfect way to do it. In fact, it could be a storyline to fuel the headlines for months to come.

One of the ways the company could spice things up even more is by involving Edge’s former tag team partner Christian. While I’m not entirely sure how that would work in an empty arena, involving Christian would be excellent for those social media hits.

Will WrestleMania 36 Work Out? 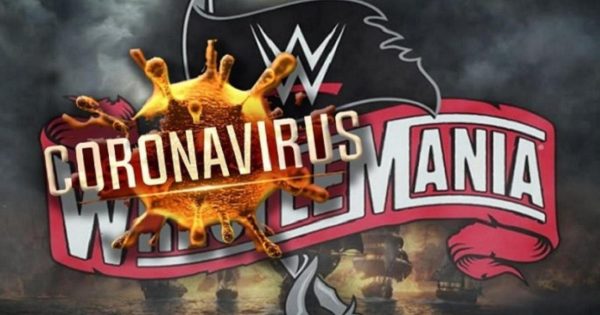 Even though I am excited to see what the WWE comes up with, I am equally worried as well. Wrestling without fans is like a pub with no beer, a park without green grass, a bed without a mattress… Well, you get the idea.

There is a strong card for WrestleMania 36 and the company have that as an advantage. Storytelling will need to be taken to a whole other level. This year, there is no room for impromptu matches with no underlying story.

On the bright side, this is also the time where the WWE’s promo machines can shine. Guys like The Miz, John Cena, Edge, and other brilliant promo minds can get us excited for the events to come. If the WWE plans it meticulously, WrestleMania 36 will become one of the most talked about events of the decade. Let’s just hope it is talked about for the right reasons.