How World Wrestling Entertainment Can Save WrestleMania 36?

While many fans doubt if WrestleMania 36 should take place without an audience, there are ways to make the Showcase of the Immortals one of the best!

Many fans have doubts about WrestleMania 36 taking placing in Tampa. They fear the event may go down as one of the worst in history. However, we believe it does not have to be that way. In fact, there are many ways the WWE could salvage the event and move forward.

Don’t Have WrestleMania At All?

One of the proposed solutions from WWE fans is to cancel Wrestlemania 36 completely. While the WWE’s attempt at keeping fans entertained is admirable, it  does not seem like all  are as receptive.

City of Tampa: Its on you guys to cancel Wrestlemania

Contrary to most, I believe the event should go ahead. With constant mentions of the coronavirus and the pandemic, isn’t it good that we have something to look forward to? Who knows, the event may take our minds from the serious situation going on in the world. So, I don’t think a full cancellation is the solution.

Focus On Quality Matches And Humor

I believe focussing on quality matches and humor can save the event. I like to use the example of Mojo Rawley in this, who had a hilarious moment alongside Triple H during a recent SmackDown episode. Many fans found the segment entertaining, even though there wasn’t an audience. It is also an example that humor can be appreciated, even though there is no audience.

With everything going on because of the dam virus I just want to say thanks #WWE for making us laugh even if it was just for a moment! @MichaelCole getting "hyped" thanks to @MojoRawleyWWE & @TripleH & @steveaustinBSR kicking @ByronSaxton in the 🥜's was so hilarious!!!🤣😂🙏 pic.twitter.com/OeJqqXw1CM

So, let’s move onto quality matches. There is a stacked card with lots of experienced wrestlers, so why not pull the focus on the actual wrestling instead? To do that, the company needs to make some small changes to their setup.

Firstly, a setup like the one in NXT will be brilliant. Put the spotlight on the ring and not the empty seats. The empty seats are a major distraction at this point, so eliminate them all together.

A good quality match does not necessarily need a fan response. It is important to tell a story as well as put on a decent match. So, the WWE must make sure it builds all the storylines properly. The story between Brock Lesnar and Drew McIntyre is already on point. The same applies to Edge and Randy Orton. However, the story between Kevin Owens and Seth Rollins needs some more work. The same applies to other matches on the card.

When focussing on quality matches, I’m thinking about matches along the lines of Tomasso Ciampa and Johnny Gargano. Those matches do not need fan response or input, as they are great just the way they are.

Put Superstars Around The Ring As The Audience 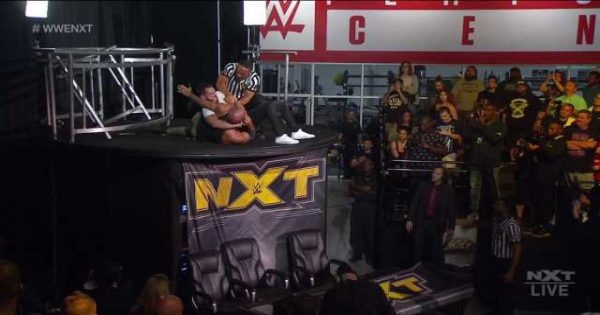 Raw and SmackDown prove that not a single person in the audience does deliver a really weird show. So, some fans have proposed putting some of the wrestlers in the seats around the ring.

Xavier Woods volunteered for the audience position this week, which would be brilliant for him considering his injury and provide a solution for a problem caused by the coronavirus. They could do the same for some of the other superstars that don’t have a match at WrestleMania. This also leaves some room for hilarious moments in the audience. It all depends on the number of people the city of Orlando will allow. Fans are more than aware that there are limitations inside the venue.

Save WWE WrestleMania 36 With Veterans 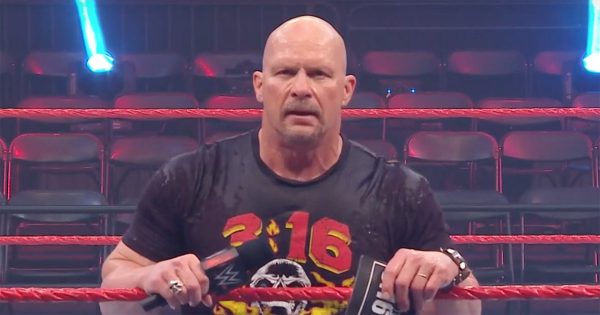 While I am usually calling for the WWE to use less veterans and give younger talent an opportunity, in this case I actually encourage the use of veterans. Fans will tune in just to catch a glimpse of Stone Cold Steve Austin, The Undertaker and \ Dwayne “The Rock” Johnson.

One thing I do need to make clear, the use of veterans must have a particular purpose here. As there is no clear “pop” from the crowd, they would have to be well-written comedy segments. Or the appearance should at least tell a story. Randy Orton and Edge have shown how a decent story is done in the WWE. So, there is no reason why other veterans cannot do the same. May I suggest some serious comedy segments between Vince McMahon and Stone Cold? 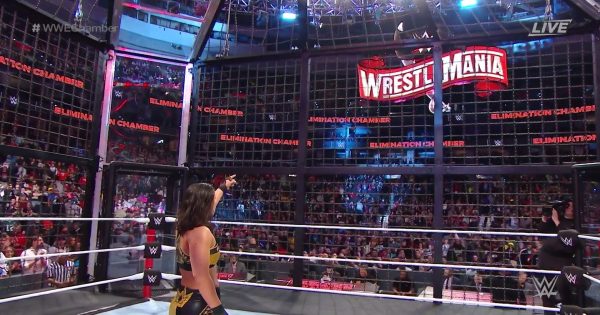 One thing that has been irking me a little bit are the constant playbacks during Raw and SmackDown. While I was watching SmackDown last week, I actually thought that I was watching the wrong show. Maybe Fox Network had made a mistake? But no, it was just a really long playback in the middle of the show.

I get what the WWE tries to do with the long playbacks during this coronavirus crisis, as they are just trying to fill their show. However, this is not a good thing for die-hard wrestling fans like myself. Trust me when I say I have watched the pay-per-view more than once, so seeing it so many times certainly takes away from my enjoyment.

Instead of using the playbacks, the WWE should focus on telling a story. It can be done, it just needs a bit more creative input.

The WWE is packed with creative people, so why not use some ideas WWE superstars come up with? I have no doubt that the company is currently in panic mode due to the coronavirus changes, which may cause them to ignore talent’s ideas. But, I have no doubt there are some wrestlers that could come up with amazing solutions.

The Main Takeaways For WrestleMania 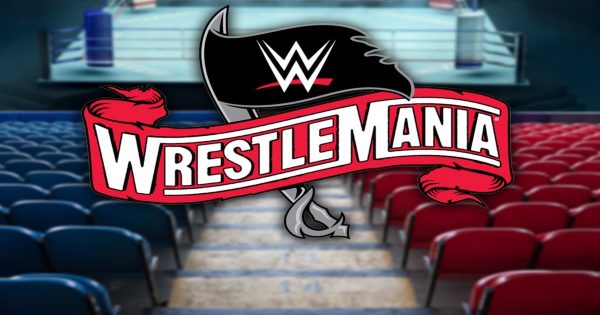 I don’t believe WrestleMania 36 should be cancelled because of the coronavirus. But, there need to be some changes to the current format. While I found some of the moments entertaining, the environment of the match does pose a serious issue that needs to be addressed.

The lack of audience is a serious obstacle, but it does not have to put a damper on things. Let’s try to enjoy what the WWE serves us as fans, instead of trying to criticize everything. I’ve put up some ideas, but I’ll still enjoy WrestleMania even if those aren’t used, despite the coronavirus. So, let’s all get the popcorn ready and connect to one another through the Showcase of the Immortals.