The WWE Battlegrounds Video Game is a big failure. In fact, it is difficult to find anything positive about this recent release.

With the WWE Battlegrounds video game, WWE promised to make up for their previously failed 2K release. However, it seems like the company chose a quick cash grab instead.

After playing WWE 2K Battlegrounds, I can only come to the conclusion that this is a way to squeeze the most amount of money from loyal wrestling fans. All I can say is AVOID, and here is why. 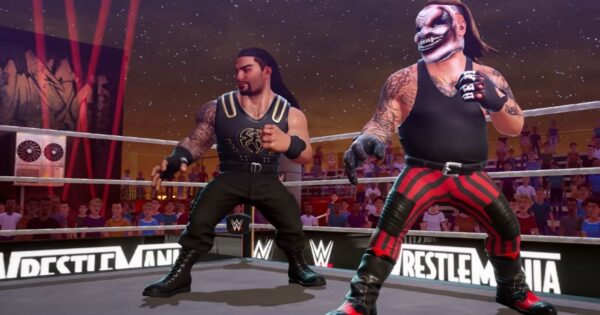 WWE hoped to take the attention away from the buggy 2K20, and they have done so. However, they did not do this in a positive way, as my personal experience with the WWE Battlegrounds Video Game was absolutely awful!

In general, the game has clunky controls and frame drops during reversal animations. The large amount of microtransactions is also a big negative!

While the overall design could be considered fun and different, this is pretty much where my positive comments end. So, let’s look into why WWE Battlegrounds is not worth the investment. 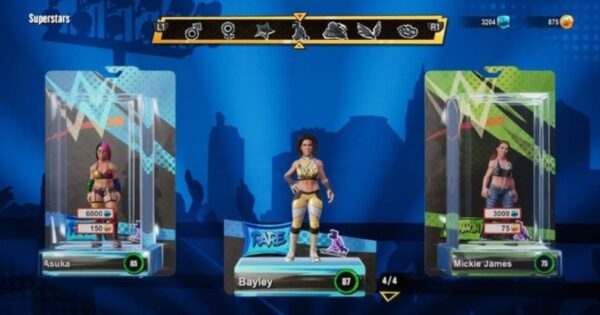 If you purchase WWE 2K Battlegrounds for the PS4, you would need approximately $39.99 at the moment. You expect the full game for that, but that is not what you are getting.

While the game is cheaper than 2K20, you should not expect a fully realized concept and game. What you should expect however, is to spend money on characters or spend a very long time unlocking them.

Battlegrounds is packed with microtransactions. In other words, you need to invest more money to buy the characters you want to play with on top of the game purchase price.

One player had the funds to purchase all the characters and it wasn’t cheap. Evidently, this supports my cash grab theory.

That being said, you can unlock the characters by playing. Unfortunately, it takes a ton of repetitive gameplay to get there.

Of course, there is a difference between “functional” microtransactions (if there is such a thing) and a cash grab. The microtransactions in Battlegrounds are reminiscent of those in EA games, aimed at maximum profit for the company with little in return for the player.

Characters Only Recognizable Through Their Attire 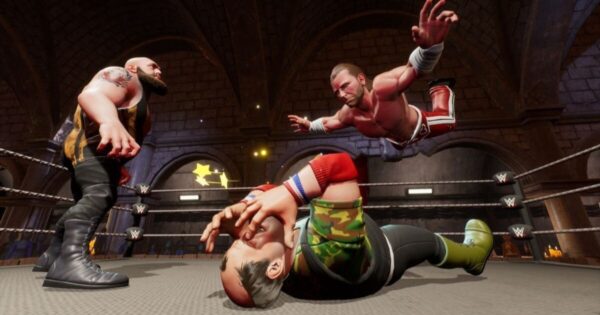 WWE always prides itself on the fact that wrestlers were quite recognizable in previous games. Of course, hair physics in previous 2K games were some of the worst!

And it has not improved in Battlegrounds. In fact, you can only recognize wrestlers by the attire they wear.

True, the characters are quite cartoony in nature. Nevertheless, it is difficult to play a WWE game where only the attire of the wrestlers is accurate!

Did I tell you that the characters in question are far from unique with their typical movesets as well? Only a handful of finishers were maintained in the game, including Triple H’s Pedigree and Brock Lesnar’s F5.

Aside from that, characters get the same moveset based on the kind of character they have. Needless to say, gameplay is extremely repetitive and quite boring once you have an hour under your belt.

The repetitive nature of the moves, even with different characters, is what broke the overall concept of the game for me. If they put the time into unique movement sets, this game would have been a whole lot better.

Unfortunately, it seems the game was designed in minimal time with several game concepts seriously lacking. In short, it could have benefited from another year in development. 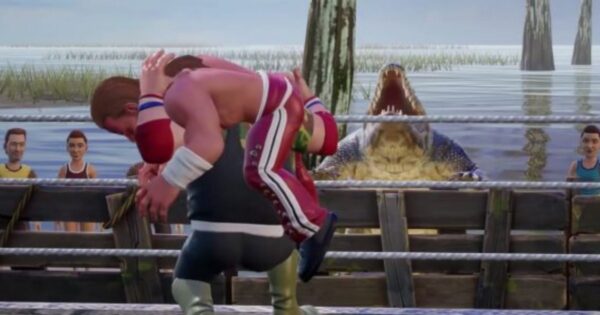 The wrestling environments are much discussed topics for this game. In fact, each arena has its own environmental abilities.

While you would think environmental abilities make the game more interesting, the opposite is actually the case. One of the game environments actually allows you to feed wrestlers to alligators…

Nonsensical environmental elements continue throughout the game. And while the concept behind them could have been great, they have little to do with WWE wrestling.

The idea of interactive environments is not bad, providing it is executed properly. Environmental abilities do not work most of the time, or wrestlers simply ignore them all together. 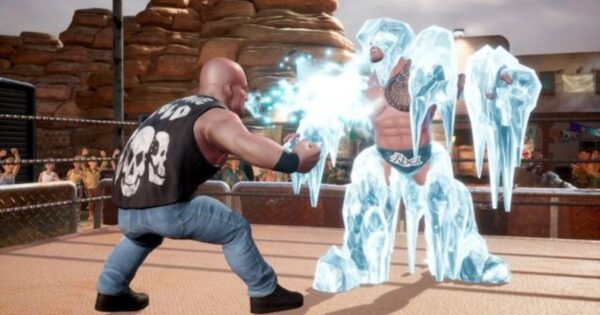 If you expect an impressive career mode for WWE 2K Battlegrounds, don’t! In fact, the career mode is as basic as it can.

The storyline in career mode is told by cartoon-style screenshots. But don’t expect too much of it, as you will spend most of your time in similar matches working your way up the roster.

And once you create your character, do not expect a starring role in the campaign. In fact, the campaign story is told through six fake wrestlers, which does not even include your created character.

Fortunately, there is one redeeming factor with the game, the Battleground Challenge. It enables you to face other players in the arena in a massive brawl.

By winning battles, you earn in-game currency, which in turn can be used to unlock more characters. However, it can feel a little repetitive after some time, even with the multiplayer feature.

Should You Buy WWE 2K Battlegrounds? 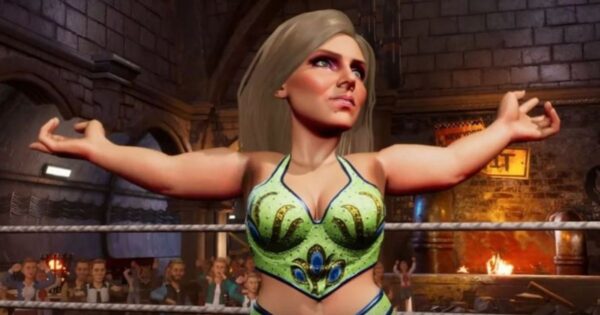 This game is not worth the money you pay for it, $10 would be the maximum I would pay for it. And even if you have the money to purchase all the characters instantly, you should not expect a lot in terms of exhilarating gameplay.

And while the game is a little fun in the Battleground Challenge, it hardly warrants to exuberant sales price. Add to that the fact that there are numerous microtransactions and the game is not worth it.

In conclusion, WWE has released another subpar game. I would even say this release is worse than 2K20 and only meant to squeeze money from young kids and WWE fans.

Even loyal WWE fans who never criticize the company may have some serious problems with this release!