The Rock's daugher will be undergoing surgery in the next 24 hours. And. a big name company has offered Brock Lesnar a fight.

For the third time, The Rock’s daughter, Simone Johnson, is set to undergo surgery. Also, Bellator has reached out to Brock Lesnar about a mega fight.

At the moment, WWE’s highest paid star is a free agent. Brock Lesnar’s contract expired after WrestleMania 36 and he is yet to sign a new deal.

Internally, WWE believes Lesnar will re-sign. Since he lives in Canada and is not able to cross the border due to travel bans related to COVID-19, both sides are at a standstill.

Even when people from other countries can enter the United States again, WWE might be hesitant to book him. He comes with a hefty price for a handful of appearances and WWE has not run any shows with actual live fans in over six months.

They do have the ThunderDome, which does seem to be helping the product. While no live fans are present, having them on giant LED screens has given the product a better appearance.

Besides WWE, All Elite Wrestling (AEW) and the UFC seemed like alternatives for Lesnar. Now, the number two MMA promotion in the United States is open to the idea of signing “The Beast.” 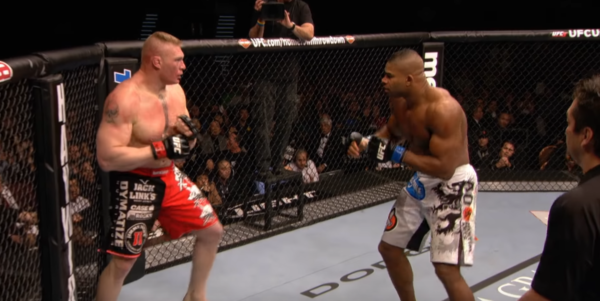 Bellator President Scott Coker spoke to MMA Junkie and expressed interest in signing Lesnar. In particular, he would want to book him opposite Fedor Emelianenko.

Many consider Emelianenko the greatest heavyweight in the sport and some consider him the GOAT of MMA. The UFC attempted to book the fight during Lesnar’s first run, but nothing materialized.

“I reached out and talked to them and said, ‘Hey, if Brock wants to fight Fedor, we have the guy who could be the fight that never happened.’ We’ll see if that happens. We’ll see if that’s something he’s serious about. Only Brock knows.”

Bellator has money and brining Lesnar in, even if for one fight, would draw huge numbers. Lesnar vs. Emelianenko would also help the company bring in tons of new fans.

The UFC did the same with Lesnar when he took on Frank Mir. Pay per view buys were huge for the event and they elevated the promotion to a new fan base.

Besides WWE, there is AEW. They could sign Lesnar, but they seem to have other plans.

If you ask AEW’s Chris Jericho, he thinks Lesnar is not a free agent. In fact, he believes Lesnar and Vince McMahon are working fans.

The Rock’s Daughter Having Surgery 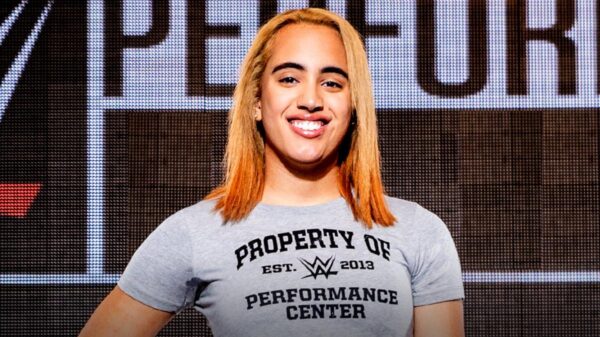 One of the most known WWE Performance Center recruits is gong under the knife. Simone Johnson noted on social media how  she is having knee surgery for the third time tomorrow.

so tomorrow i’m having knee surgery for the third time. as not fun as surgery is, i’m looking forward to my knees not popping out anymore✌🏽🙃

that said, please send me video games suggestions, movie suggestions (preferably scary) or anything else to help pass the time

Johnson signed with the WWE back in February of this year. So far, she has remained at the Performance Center honing her craft.

While she is yet to wrestle on TV, she was in the crowd when WWE was using recruits to replace fans.

Early reports stated that she has potential to one day be a WWE superstar. Now, topping the legacy of The Rock would be a tough feat as he is considered the greatest of his generation.