Wrestling legend Rob Van Dam is keeping his options open. In fact, he is considering a return to the WWE as well as joining AEW.

It is a weird time for the wrestling industry, especially with AEW sharing talent with other promotions. Former WWE wrestler Rob Van Dam recently did an interview and discussed the matter at great detail.

Sharing Is Great For Business 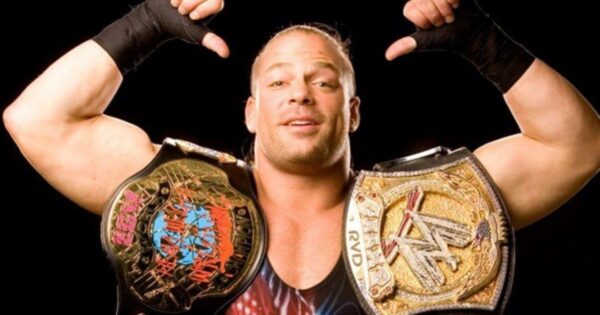 If Rob Van Dam is to be believed, sharing talent is great for business. In fact, the wrestling legend claims it is reminiscent of the territory days.

“Back in the territory days, they would do that. I think it’s great to interchange and help the other companies out. What makes it difficult from the industry standpoint is it’s hard to make a horizontal move. By that, I mean if you’re a promotion on TV that everyone is talking about and you work with a local promotion in, say Fort Wayne, Indiana, then what does that do for the big promotion? Probably nothing.”

While RVD admits that it does little for the bigger promotion, it does have advantages for smaller promotions as well as wrestlers. Of course, it does make it clear why WWE does not adopt AEW’s sharing policy.

Even though sharing talent is good for the general wrestling landscape, RVD admits AEW and WWE should stay at other sides of the proverbial fence. This statement further supports the idea that AEW is the WWE’s main competition. 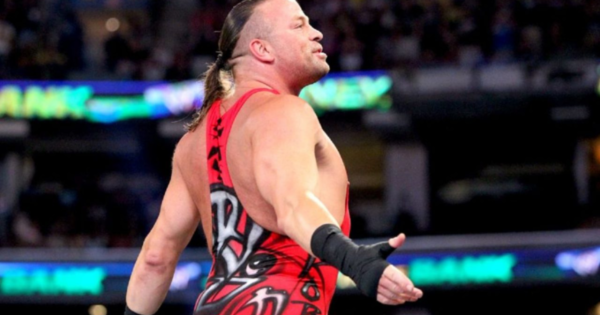 But which would be more beneficial for RVD at this point? To be honest, the man does not have anything to prove anymore, so he could go wherever he wants.

That being said, I do not think RVD would be a good fit for AEW. I would say there is a plenty of talent on the AEW roster already, so would they have room for RVD?

RVD could be great for a temporary storyline on AEW, but that’s pretty much where it stays. Of course, the same could be said for the WWE, as I do not think they could give RVD a long-term storyline.

Van Dam is not the youngest wrestler anymore, but he can still throw down. On the downside, both AEW and WWE are looking for wrestlers they can build long-term.

The AEW – WWE war is great for younger talent. While AEW does employ former veterans as managers, there are only two real full-time veterans in the form of Chris Jericho and Matt Hardy.

AEW’s focus on younger talent has paid off for the promotion, yet they also have roles for veterans. Nevertheless, it seems like AEW is considering its roster more carefully than the WWE.

WWE released numerous wrestlers over the past year, so getting a veteran to pull in more numbers on Raw would not be the worst idea. However, if they were to pull in RVD, they would have similar long-term problems.

If I were RVD, I would choose AEW over WWE if given the opportunity. At least you have a better company culture!