Fans may be wondering, what is Renee Young's WWE relationship status? And, after the way she left, why has Zelina Vega returned?

With her husband entrenched as a top AEW draw, what is Renee Young’s WWE relationship status? Plus, wait till you hear why Zelina Vega returned to the company that released her last year.

Jon Moxley is a big AEW star, but his wife has not followed him over there yet. So, what is Renee Young’s WWE relationship status?

Young, otherwise known as Renee Paquette, was a notable departure from WWE.

The on-air personality was mostly popular, but a bit polarizing. That last bit was due to her role as a color commentator, which she did to mixed reviews. 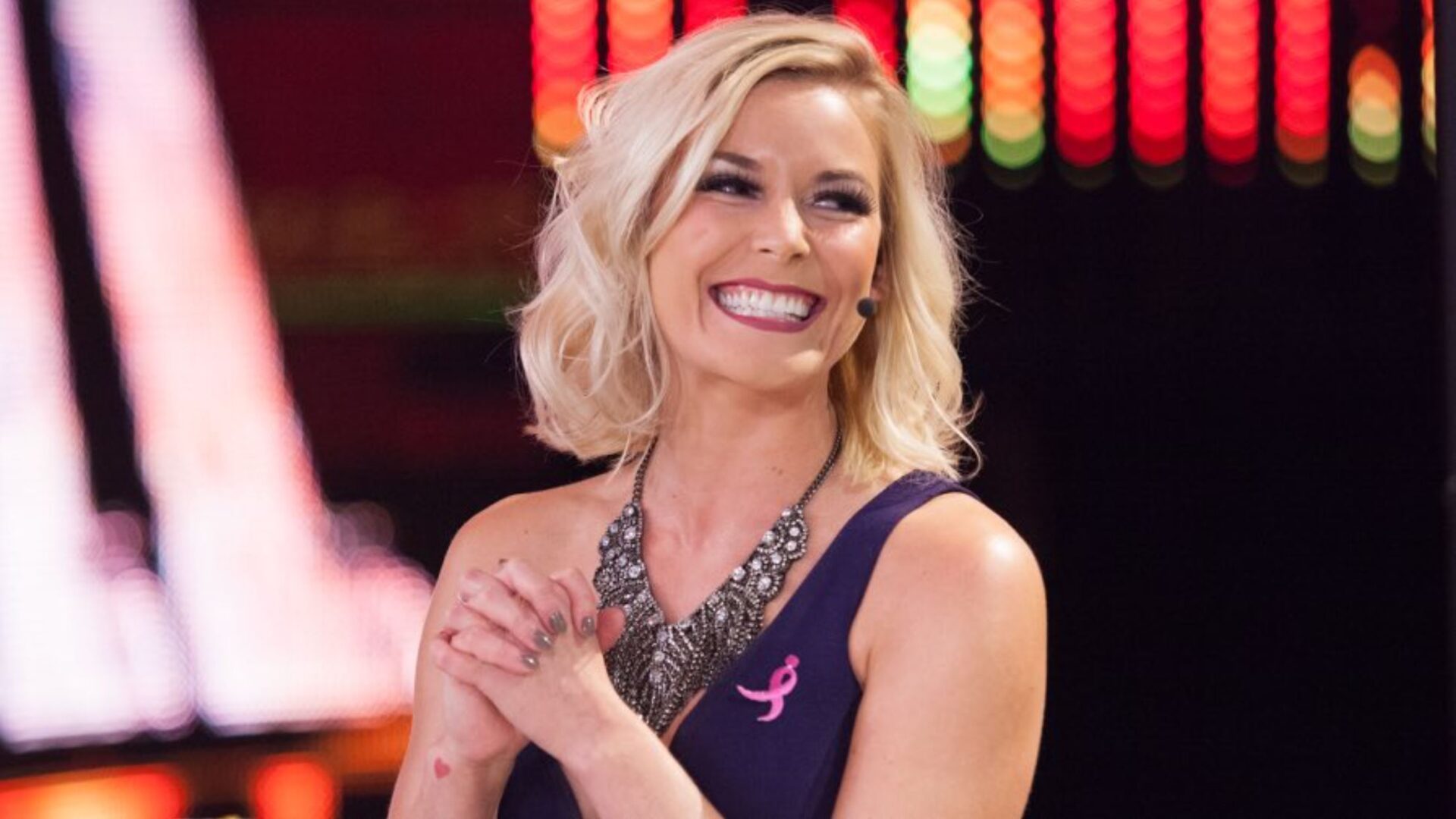 When she announced she was leaving the company, the talent noted a desire to pursue outside projects.

So, what is Renee Young’s WWE relationship status?

Per Renee Paquette herself…there is not currently. The former Renee Young said that she does not work with WWE at all at the present time.

However, she also noted that the chance to work with WWE is a door that remains open.

Of course, since she left the company just about a year ago, she has kept busy.

She became a mom, and she also now hosts a successful podcast (Oral Sessions).

Listening to the interview, it is clear that Renee Young may again have a WWE relationship in the future.

Where some talent has left and promised to never look back, Paquette is more pragmatic.

She acknowledges many friends are still in WWE, and there could be good opportunities to work with the company again down the road.

I personally enjoyed her work with WWE, so it would be nice to see her back.

Considering the circumstances under which she was released, many wondered why Zelina Vega returned to WWE recently.

Well, her husband, now known as Malakai Black, spoke about this on a recent “Talk Is Jericho”.

The reason is tragically sad and funny all at once.

To set the table, Zelina Vega made waves in 2020, talking about unionizing.

Her stance was at least partly owed to WWE cracking down on it’s talent having other revenue streams, like she did via streaming video games and the like.

Those waves led to her unceremonious release. At the time, many figured she’d end up in AEW…until she didn’t.

Instead, Zelina Vega returned to WWE. She signed back with the company a few months back, but took a little while to show up on television.

So why did Zelina Vega return to WWE?

As Black tells it…she came back because he was still there. She wanted to be able to spend time with him on the roster.

And, in a cruel twist of fate…the day Vega returned to television? That was the same day that WWE stunningly released Aleister Black.

Black’s release was one of many puzzling releases in 2021. WWE had clearly invested in his refreshed character, and the revitalized Black had only recently returned.

And just like that, he was released. Due to a clerical botch, Black enjoyed only a 30 day non-compete, and has already showed up in AEW.

Now Zelina Vega has returned to WWE…and may be regretting the decision a little bit.

Still, it seems like WWE has bigger plans for her this time around, so maybe things will work out.