RAW In A Nutshell: Get In The Fastlane To WrestleMania

Elimination Chamber is in the past, so let's dive in to another RAW in a Nutshell and get in the Fastlane toward April's big show!

It’s another Monday, another RAW In A Nutshell. This week, we get in the Fastlane to WrestleMania.

OK, we don’t actually get in the Fastlane yet…but that is up next on the WWE PPV calendar, and it’s the last stop before WrestleMania.

And we can’t actually be in the Fastlane without having first made it past the Elimination Chamber. That happened Sunday night, and it did have quite an impact on things.

For the big one, we no longer have a briefcase to keep tabs on. The Miz cashed in to close the show, and he ended the night as new WWE Champion.

That developing situation will be interesting to watch, because we’d been hearing that Miz was tabbed for a tag match in a month and change…so how short will his reign be?

Speaking of The Miz, I’d expect to hear more on how and why he cashed in…and also the motivation of Bobby Lashley, the man who destroyed McIntyre.

We seem overdue for more Fiend-Orton fun, too, if we think about it.

There’s a lot of items that will be in play, which is why you are here for…

RAW In A Nutshell: Get In The Fastlane To WrestleMania

Let’s crack open this Nutshell and get going! 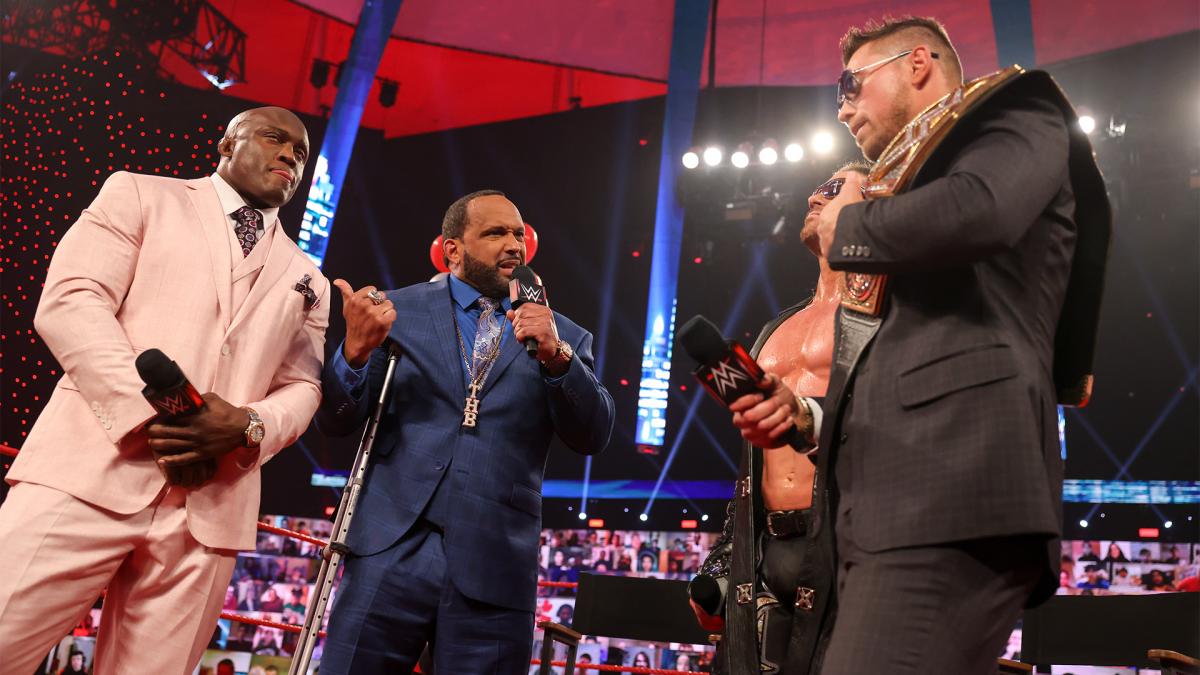 Well, this is a tough call.

I liked Riddle getting his first defense out of the way…but his comedy schtick is still a thing, so that bums me. 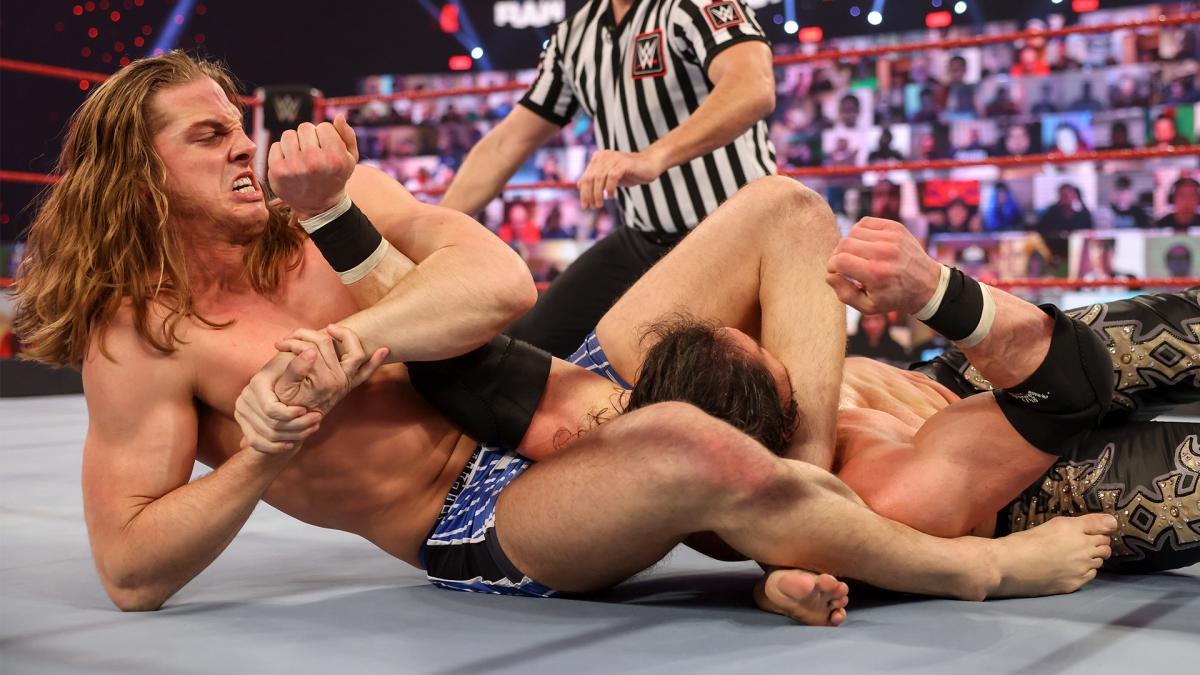 Lashley was a monster once again, but I didn’t really feel like the main event was that superb either. If anything, I give it points because they didn’t do the obvious. 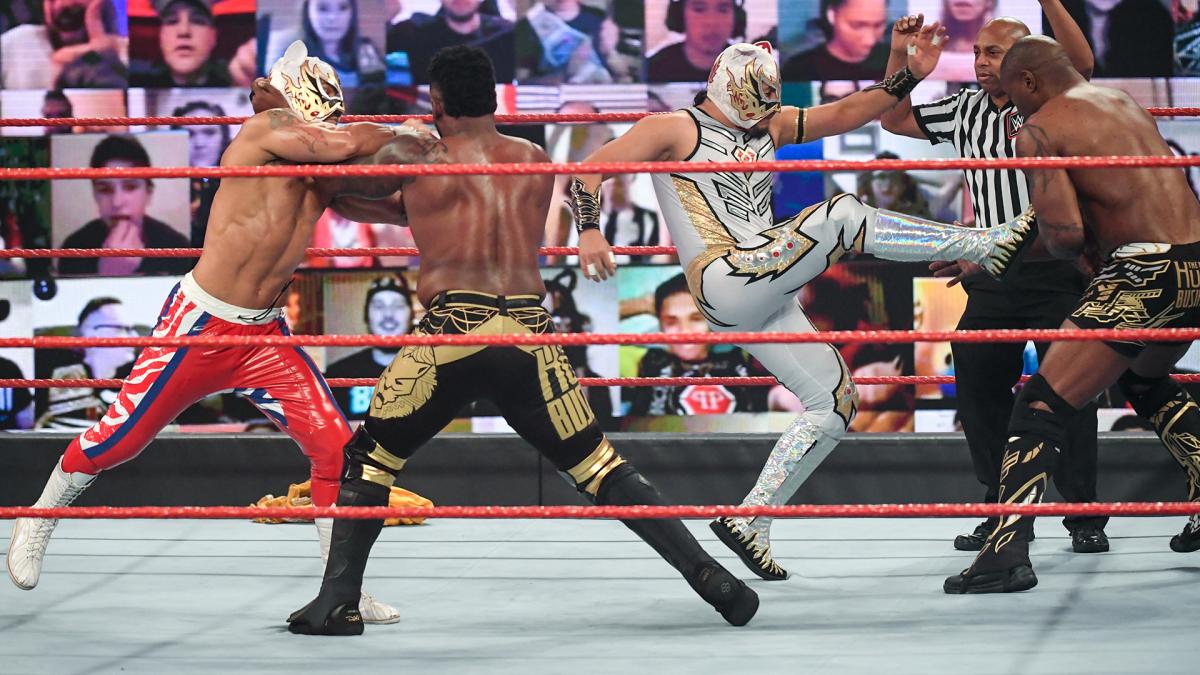 Just…this was pure fluff, a time killer. Served no other purpose, had no redeeming quality.

Well, there was a lot to call into question…but Lashley is still being booked like a massive monster. 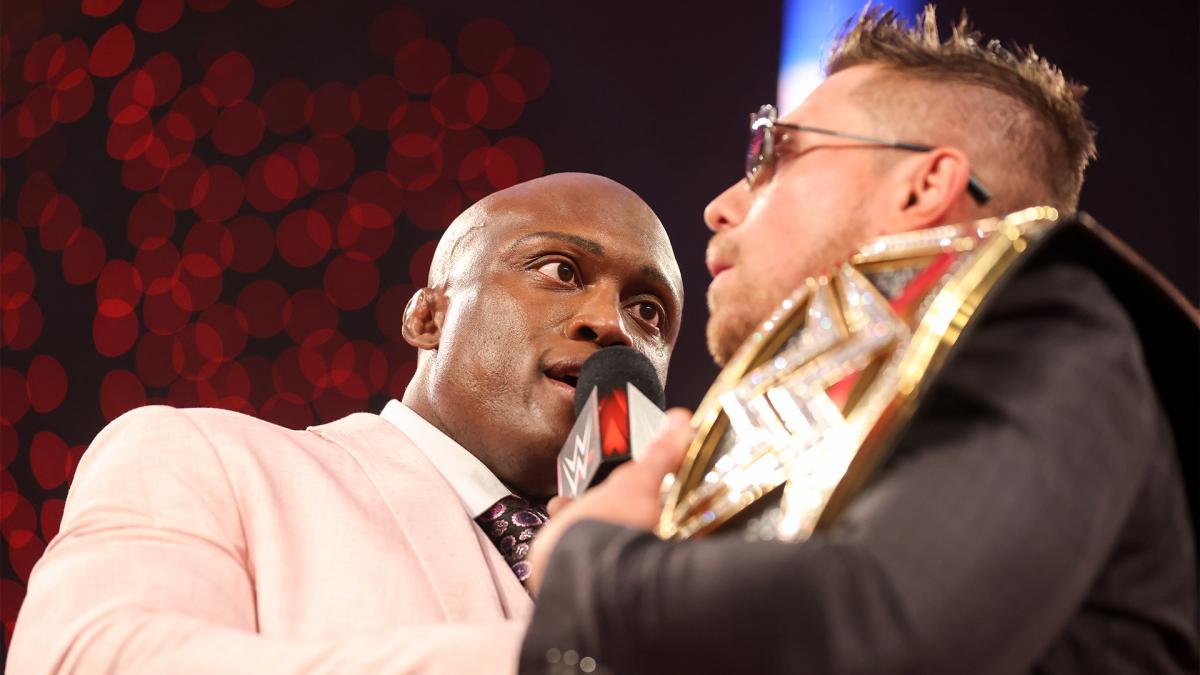 I think WWE showed that booking Lashley strong is a priority, especially by keeping the title match next week a one on one match.

I didn’t have much here…but Omos slamming Ricochet fits.

As WWE slowly gets him more physically involved, I figure his in-ring debut (and ensuring disaster?) is not that far off.

Ricochet, perhaps, for taking that slam? Not much else fits for this RAW In A Nutshell..

Well, New Day kind of pulled one over on Retribution…and Mustafa Ali was upset about it.

I have to say…with his constant berating…how much longer before his “cronies” realize that they are all bigger than he is? 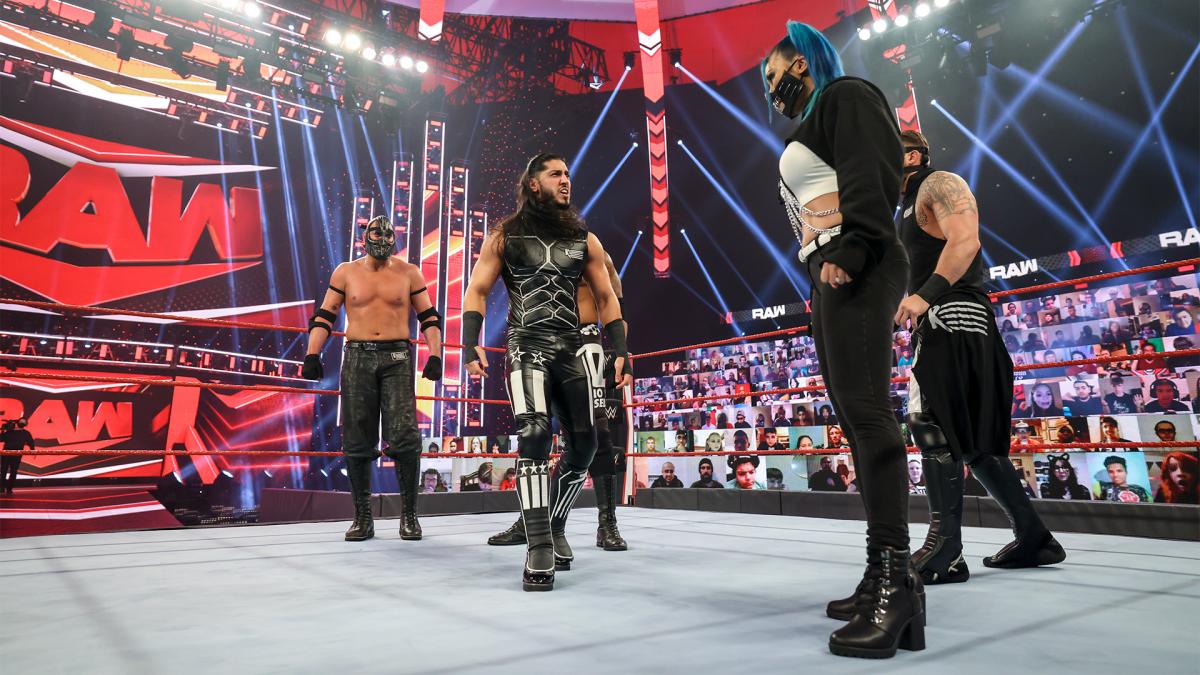 Seriously, I think even Mia Yim is.

Once the potential for a triple threat match next week was announced, I was convinced that WWE would give us a Miz-Lashley-Strowman match net week.

The thinking in my head? They’d have things go similar to how Lashley dropped the United States title at the Chamber.

So, imagine my surprise when Lashley pinned Strowman clean…keeping next week’s match a one on one battle.

There were a few, and I feel that I may even forget some.

Braun stumbled on some lines. He’s one who sometimes seems like he’d be better with a strong mouthpiece…

Jeff Hardy seemed to want a Swanton, but instead switched to a splash.

To close the main event, Lashley ran the ropes like, nearly 3 times before delivering a crooked spear. Just didn’t seem to go as it should have.

I guess R-Truth interacting with Bad Bunny and Damian Priest? Or the bad stuff from Riddle…so much for the title making him a bit more serious. 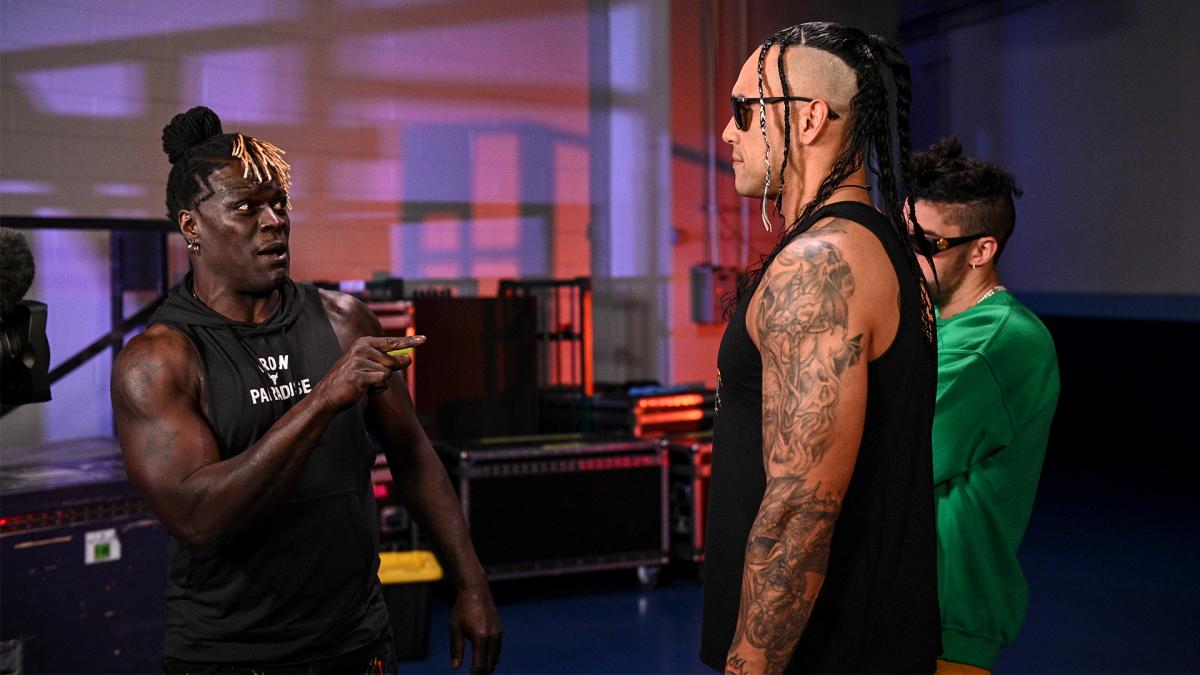 Well, we got Shane McMahon back, and he came back for a train wreck of a segment. 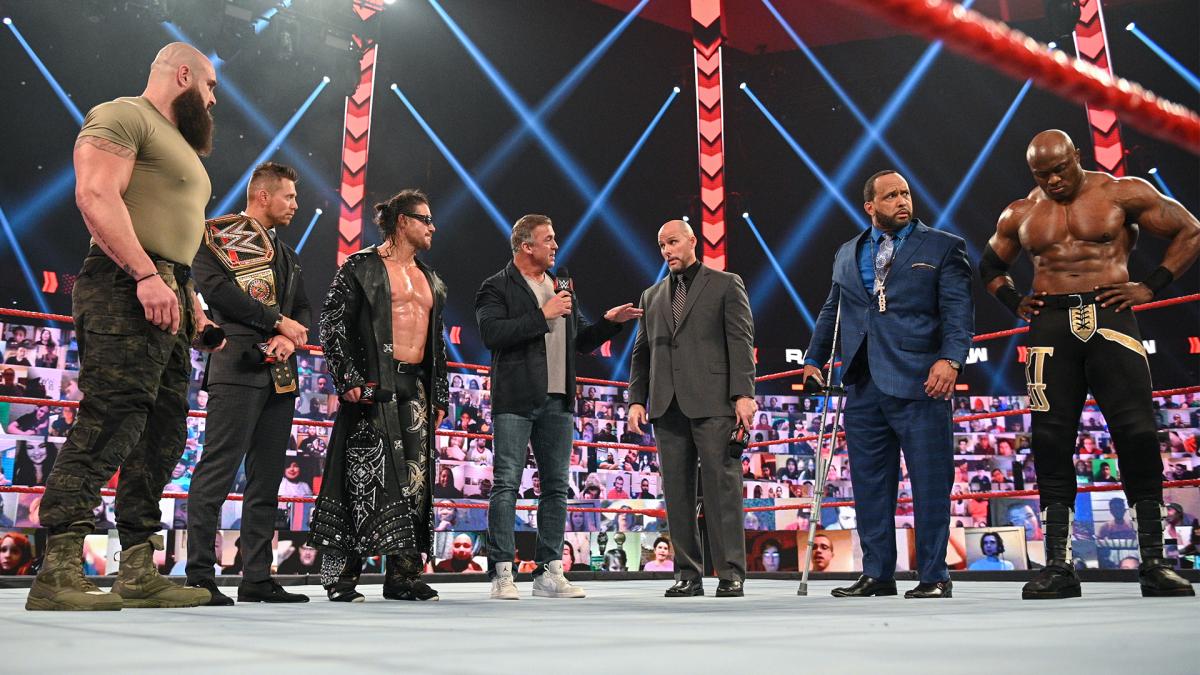 It set up our main event for this week and next. In reality, it also likely furthered things toward a Strowman-Shane McMahon WrestleMania match.

But, yeah, that segment just had too much going on…and not everything was good.

Also, we got confirmation that Rhea Ripley is coming. Not a shock, other than I didn’t think they’d do the teasers…just debut her as the surprise!

And, not a fan of it, but more drama between Charlotte and her dad. Awkward…

We had a couple duds tonight.

The tornado tag match was a waste.

Was not overly thrilled with The Miz’s first RAW as new WWE Champ.

Not low…but gross…we have Orton heaving up black goo. I guess they lost the green stuff from Papa Shango-Ultimate Warrior way back.

Damian Priest is going to be special. 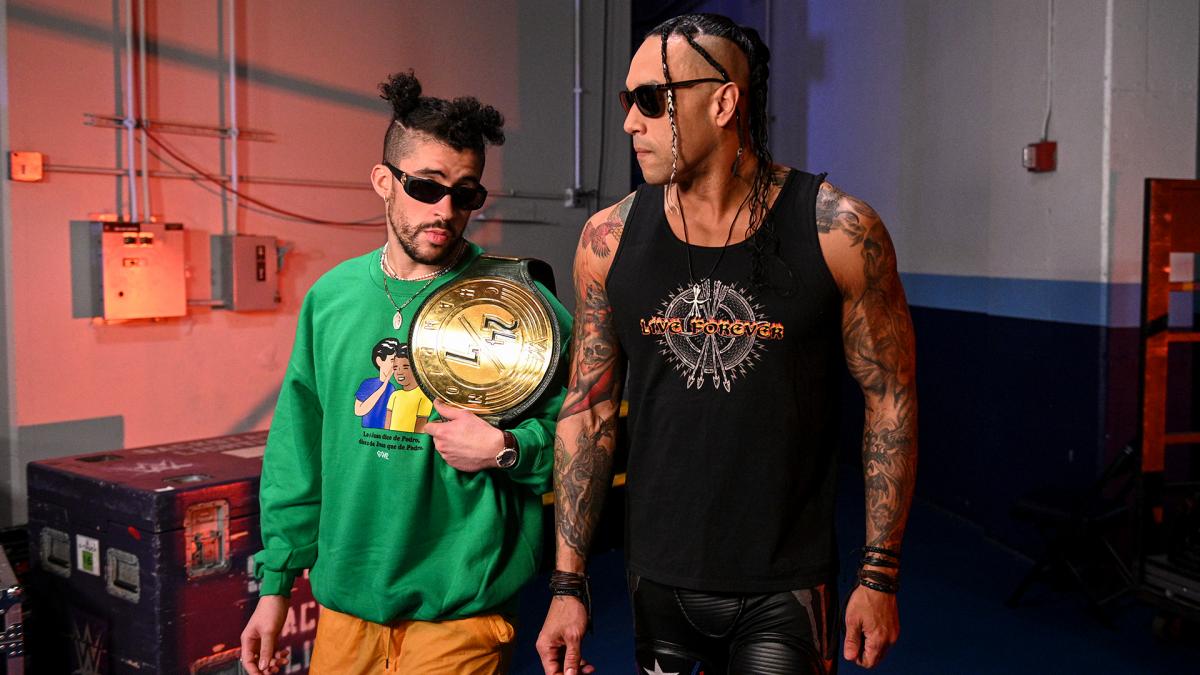 Bobby Lashley continues to be a monster, and I look forward to what he can do as the top heel.

Well…that was an…interesting? RAW in a Nutshell…

One thing I have to say is…we did finally get some explanation as to why exactly Lashley snapped on Drew. Miz and him had a deal, so there’s that.

Downside is…it makes an already shaky reign look even worse…and we already knew Miz wasn’t going to hold the gold all that long.

Well, we got past Elimination Chamber, so there’s really nothing else to do but get in the Fastlane, right?