5 Of The Undertaker’s Most Memorable Moments Revealed!

In celebration of 30 years of The Undertaker, we reveal 5 of his most memorable WWE moments. Join us on this incredible journey! 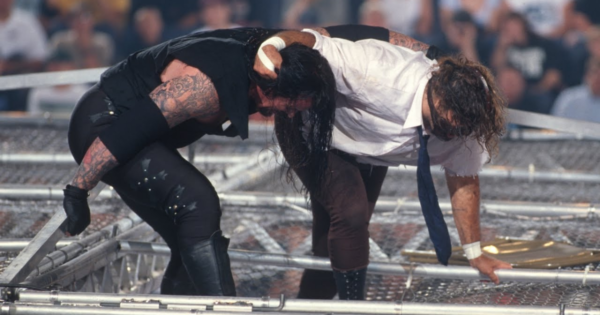 One of The Undertaker’s most iconic matches came at the King of the Ring pay-per-view in 1998. Facing Mankind in a Hell in a Cell match, this changed the landscape of cage matches forever.

As far as 5 of The Undertaker’s most memorable moments go, this one is on top of our list.

Both men recalled this infamous match in countless interviews over the years. Interestingly, Mankind believed the match with The Undertaker would be a dud.

And it did. In fact, it became one of the most iconic matches in wrestling history. However, both men had substantial injuries during the match.

Undertaker went in with a fracture in his foot, while Mankind suffered countless injuries during the match as well. And interestingly enough, it was later revealed that Mick Foley had a fear of heights to boot!

Everything surrounding this match could have gone horribly wrong, and in a way it did! A broken foot, Foley’s character going stale, and countless other factors could have made this a real dud!

Of course, Taker is not the only man who will be remembered because of this match. In fact, it is this specific match that catapulted Mick Foley to legend status.

Despite the lack of story between both men, the match went down in history. It is undoubtedly proof that the capabilities of the entertainer does make a difference.

Foley and Taker are arguably the two men with the most creative characters in WWE history. Unfortunately, we will never get a match between these two men again. 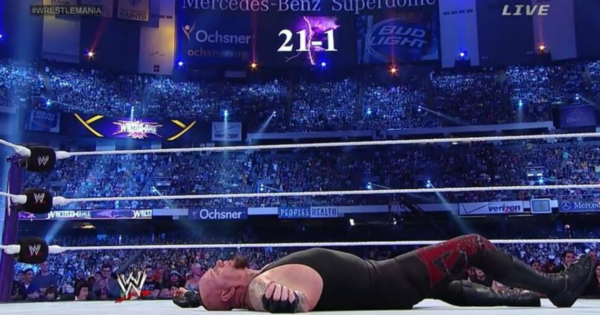 While this is not the most positive of The Undertaker’s most memorable moments, it is a memorable moment nonetheless. Remember the sheer horror on fans’ faces when Brock took the win?

The Undertaker’s streak is one big memorable moment on its own. However, that streak came to an end at WrestleMania 30.

Taker started his streak back in 1991, when he took the win against Jimmy Snuka at WrestleMania 7. With each passing year, he took victories from the all time greats, including Jake Roberts, Triple H, and Diesel.

Unfortunately, Taker got genuinely hurt during this match. The Deadman suffered a serious concussion and was transported to the hospital soon afterwards.

The Deadman talked a lot about his concussion once he started to head towards retirement. Fortunately for us, the end of the streak was not the end of The Undertaker.

3. The Undertaker Has A Brother! 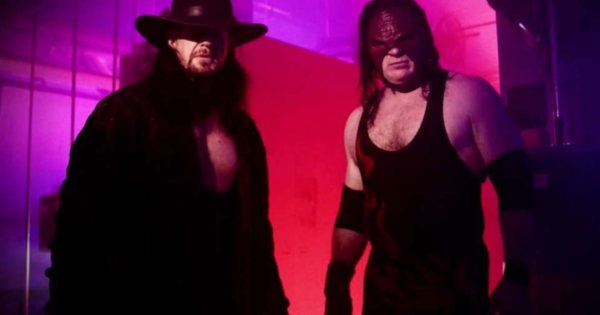 One of the most memorable moments for me personally, aside from the match with Mick Foley, is the storyline with Undertaker’s brother Kane.

Taker was flying pretty high as the dominant force in the WWE. But this came to an abrupt end when Paul Bearer revealed The Deadman’s brother was still alive!

We will never forget the first meeting between The Undertaker and his brother. Of course, this iconic moment would shape storylines in the WWE for years to come!

The brothers originally feuded with one another. However, the tide would turn and the duo would become The Brothers of Destruction.

Storylines between Kane and Taker were always interesting and a little out of this world. This is something the WWE could sure use today.

Of course, nobody will ever rival the showmanship of The Undertaker. It is difficult to find a man who can tell a story quite like him.

4. The Brothers Of Destruction 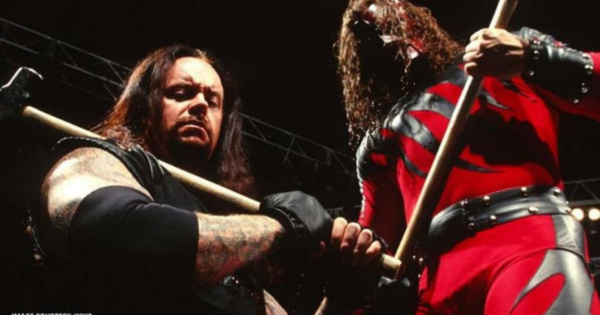 Alongside Kane, Undertaker had countless iconic moments. The Brothers Of Destruction are still one of the most memorable duos to date.

The Brothers Of Destruction ruled the tag team division in 2001. They weren’t not only scary though, because the pair had plenty of humorous moments too.

After some time apart, the Brothers of Destruction reunited in 2006. To date, it is one of the most iconic moments attributed to the duo.

The Brothers of Destruction returned to take on MVP and Mr. Kennedy. As expected,  they absolutely killed it!

Another iconic moment of The Brothers Of Destruction came in 1998. While the brothers were seemingly feuding still, Kane put his problems aside to save his brother from D-Generation X.

After Kane saved Taker, the true magical wrestling moment came. Undertaker brought his storyline brother a salute by kneeling in front of him.

This is also the moment when the brothers seemed completely in synch. WWE complemented the pair beautifully as well, as their pyros complemented each other.

Obviously, there are too many iconic moments to choose from when it comes to the Brothers of Destruction. Evidently, this will forever be a large part of The Undertaker’s career.

5. The Undertaker And Triple H At WrestleMania 28 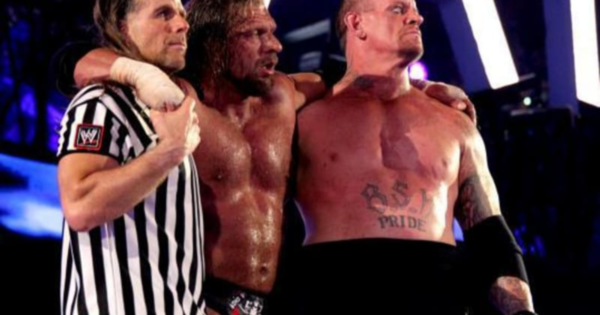 There are three men in WWE history that have iconic entrances. The Undertaker, Triple H and Shawn Michaels.

At WrestleMania 28, we heard all these entrances, as a match included all three men. When Taker faced Triple H, Shawn Michael was the special referee.

It does not get much bigger than Triple H, Shawn Michaels, and The Undertaker in the same match. So, it is not difficult to see why this match ended up in the overview of The Undertaker’s most memorable moments.

Triple H was quite dominant throughout the match, landing countless chair shots on the Deadman. However, Takers ‘supernatural’ powers turned the match around.

Taker eventually turned the chair shots against Triple H and took the win. The three men would also show their friendship by leaving the arena together, something quite unusual for the WWE.

While the match itself was memorable, there was something else that was special about it. In fact, this match was the WWE’s official farewell to the Attitude Era.

Many fans still miss the Attitude Era, at least fans from my generation. Still, I am grateful for this iconic moment with Taker, Triple H and The Heartbreak Kid.

And that ends our list of Undertaker’s most memorable moments. Did our selected moments line up with your personal favorites?