WWE has never been shy about using soap opera like storylines to draw viewers! But, which are the top 8 soap opera moments in pro wrestling?

Professional wrestling is often compared to a soap opera. This comparison is sometimes quite on point, especially when you look back at some of the most iconic soap opera moments in WWE history. 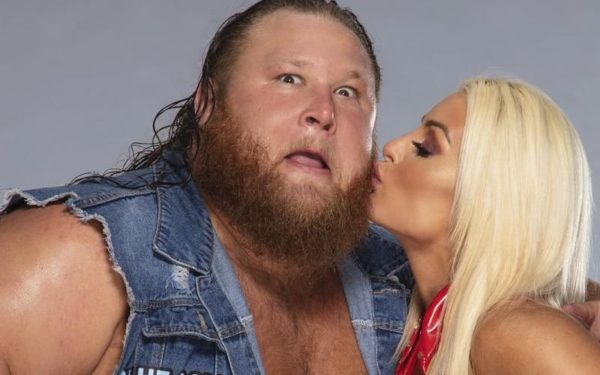 One of the biggest soap opera moments actually took place recently. That’s right, we are talking about the Otis and Mandy love story!

There were so many twists and turns in this story. From best friend betrayals to the handsome, popular guy stealing the beautiful girl from the good guy.

It does not get more soap opera than the moment between Otis and Mandy. Fortunately, this soap opera story had a happy ending (for now). 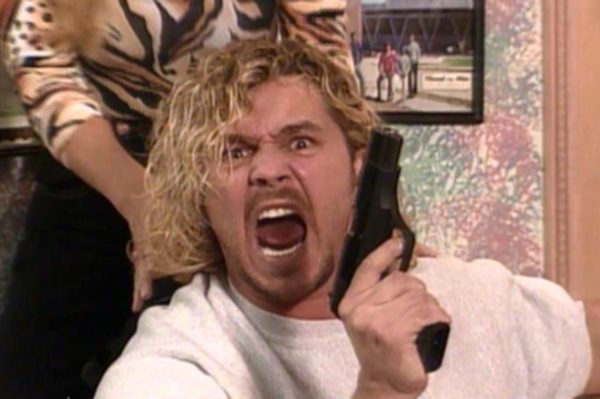 Pillman’s character was always a bit crazy, but things reached soap opera heights when Pillman waved a gun around. Of course, the gun was meant for none other than Stone Cold Steve Austin, who caused him an injury.

While the actual shooting was never shown, as the feed cut out at the right time, it is still one of the most dramatic moments in WWE wrestling history to date. 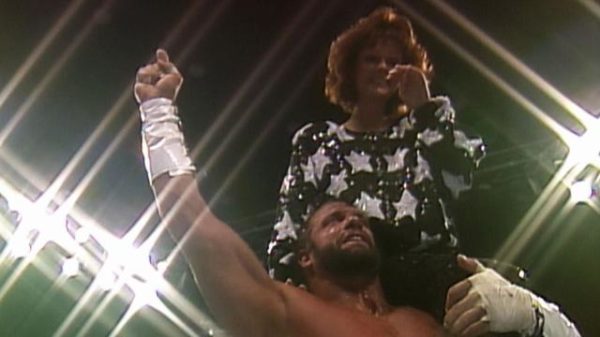 Talking about the most dramatic and exciting moments in WWE wrestling history, we cannot forget about the reunion between Randy Savage and Miss Elizabeth. Of course, the story that preceded this moment was quite unique too.

While Miss Elizabeth is mainly associated with Randy Savage, she managed Hulk Hogan for some time too. Of course, this caused a “love triangle” that led to a split between Randy and Elizabeth.

Fortunately, the drama had a good ending as the pair reunited, much to the delight of the WWE universe! 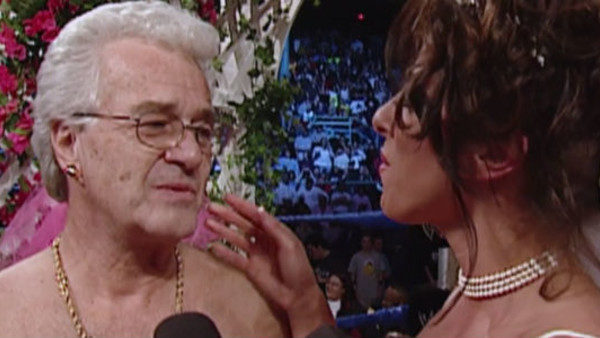 When you think back of the most dramatic soap opera moments from the Attitude Era, Dawn Marie and Al Wilson certainly meet the criteria. It was so bizarre, it is almost too difficult to describe it!

Okay, how do we even begin to explain this storyline? Well, it all began when Dawn Marie competed against Al’s daughter in a bikini match (no we are not making this up).

Al noticed Dawn Marie and the pair promptly started doing some “naughty things” in the locker room shower. However, Dawn later admitted she had feelings for Al’s daughter too (oh boy).

Torrie eventually slept with Dawn to prevent her for marrying her father. Al found out, but Dawn would save the relationship by telling him she saw his eyes when she looked into Torrie’s during their illicit adventure (seriously, who wrote this?).

Finally, Dawn Marie and Al married in front of a shocked WWE audience. However, Al’s heart did not withstand the wedding night (christ almighty! I can’t even). 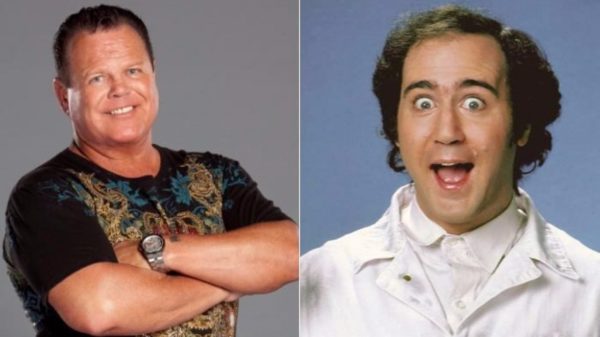 Back when Jerry Lawler sported a full goatee, Andy Kaufman wanted to jump into a wrestling ring. Even though McMahon refused his proposed gimmick, Lawler took Kaufman to the Memphis wrestling circuit.

And it gets a little weirder from there on. Kaufman appeared on the circuit as the “Intergender Wrestling Champion of the World”, and remained undefeated as he only wrestled women who were chosen from the crowd.

After one match, heel Kaufman continued to attack a fan he had already beaten. Lawler intervened and this sparked a whole controversy!

It all eventually led to a now iconic moment on Letterman, where Lawler hit Kaufman, and Kaufman threw coffee over the WWE legend (can you say mainstream wrestling moment?).

The WWE Universe never supported Linda McMahon more than in this storyline. During a storylined divorce, Vince McMahon claimed his wife had suffered a nervous breakdown (but did she really)?

At the time, Vince McMahon had a storyline affair with Trish Stratus. During this time, he sent his wife Linda to a private sanitorium, but fans knew exactly what was going on.

Trish Stratus eventually became angry with the way the WWE chairman treated her, and decided to help Linda. During a WrestleMania Street Fight, Vince McMahon took on his son Shane, but Linda would have the final word.

7. The Undertaker And Kane 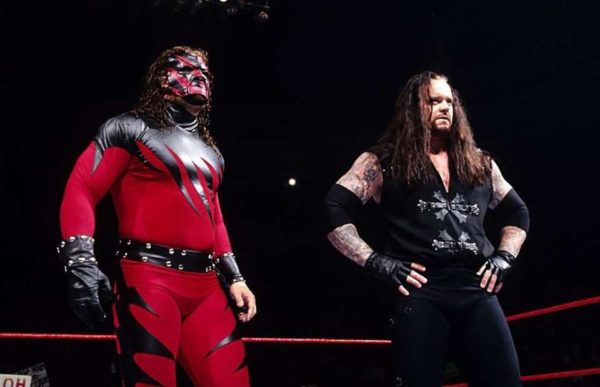 The Undertaker and Kane share their Brothers of Destruction storyline, which is arguably one of the better constructed stories in WWE wrestling history. And there is much to recall!

After letting go of his manager Paul Bearer, the manager was out for revenge. To gain back his cash cow, he decided to blackmail The Deadman.

Eventually, Bearer revealed that Taker burned down the Funeral Home of his parents, which ultimately killed them. However, Taker claimed Kane was the one to set the fire.

Taker believed Kane was dead for many years, until Paul revealed his long lost brother was very much alive. Until this day, the arrival of Kane and the story of the two brothers is one of the best soap opera moments in professional wrestling. 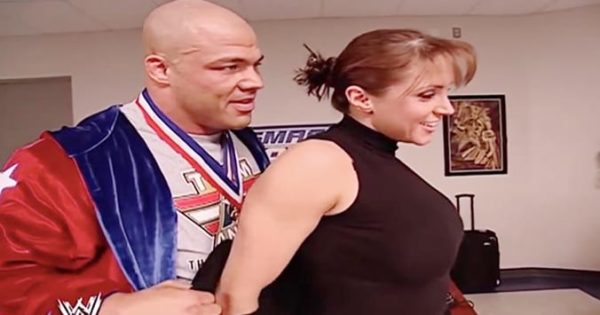 This is another one of those storylines where I have no idea how to even begin explaining it. It is so weird and cringe-worthy, even for the Attitude Era.

While the story was cringey, every person involved sold it really well. It all started when Triple H was caught in a rather uncomfortable position with female superstar Trish Stratus.

After catching her other half in a compromising position, Stephanie McMahon was absolutely furious. A short while later, Kurt Angle saved Stephanie from being put through the Dudley’s infamous table.

While Stephanie and Kurt maintained they were just good friends, it became clear quick that there was something else going out. Kurt would pursue Stephanie, trying to convince her Triple H was not right for her.

After a rather hot kiss to the wrestling mat, Triple H forced Stephanie to choose between him and Kurt Angle. Of course, we do not have to tell you how that one worked out, as Triple H and Stephanie are one of the most iconic couples in WWE wrestling history!

UFC 278: Could This Be The Final Time We See Luke Rockhold?