WWE's Chairman Vince McMahon and The Undertaker fell out last year after the chairman feared Taker would leave WWE for AEW.

Even though The Undertaker has been one of the most loyal employees of the WWE since the WCW days, it didn’t stop Vince McMahon from doubting Taker’s intentions last year.

In fact, Vince McMahon ignored him for a while during what is now known as the “AEW Row.” 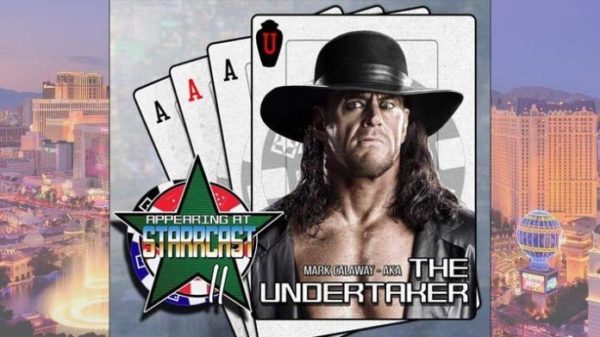 The problem with Starcast was its association with AEW in Las Vegas. And while Taker had no idea about the connection, you can be sure WWE’s Chairman Vince McMahon did.

“I was oblivious, I wasn’t keeping up with what was going on or anything like that. “Vince calls me like, ‘What are you doing?’ I say, ‘I’m doing a signing.’ He goes, ‘Well, yeah. But, you got all these people thinking you’re going to do this.’ That’s stupid.

Vince And The Undertaker Did Not Speak For A While 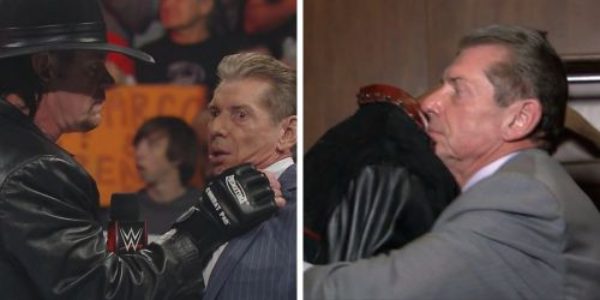 After their AEW row, WWE’s Chairman Vince McMahon and The Undertaker did not speak for quite a bit. Fortunately, The Deadman was quite understanding about Vince’s motives and both men talked out their differences.

“We didn’t talk for a little while and then we both let our guard down enough to talk and then we got things worked out. It’s all been sunshine and rainbows since.” 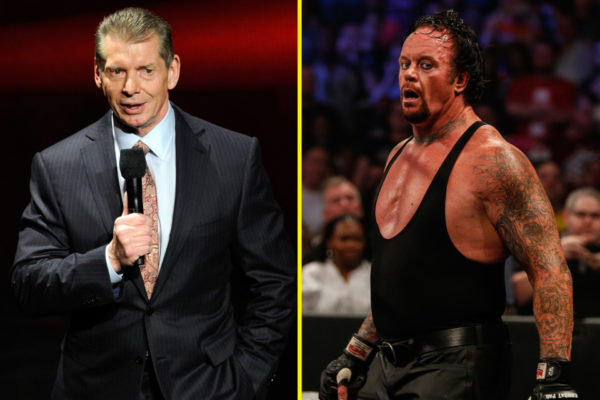 The Undertaker attempted to retire from wrestling numerous times over the past couple of years. However, a perceived obligation toward Vince and fans keeps putting him back in the wrestling ring.

One of the times Taker believed it was time to retire occurred shortly after his Extreme Rules match against Shane McMahon.

During a conversation after the match, Taker told Vince: “I’m done. I’m not there anymore.”

Despite his intent on quitting the wrestling business, Taker hasn’t called it quits – yet. And I must admit, I am glad he hasn’t.

If Taker did not return in 2020, we would not have seen one of the best cinematic matches to date, The Boneyard Match.

Maybe cinematic matches are a great way for Undertaker to keep doing what he loves, without putting his body on the line too much?

In conclusion, I am very happy Vince and Taker put the AEW row behind them to deliver this piece of art.

Sacrificing His Body For Wrestling 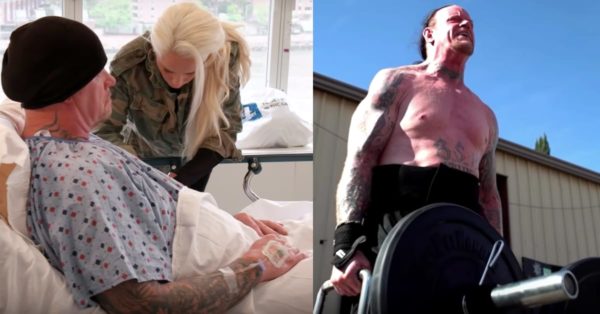 One thing that was abundantly clear from The Last Ride is that The Undertaker puts his body on the line more than any of us could have imagined.

Throughout the series, you see him struggling with some horrific injuries, but he battles through them nonetheless.

Also, special props to Michelle McCool, who stands behind her husband every step of the way.

Of course, Michelle knows the wrestling business as well, as she is a champion in her own right.

Still, the question remains, how long can Taker put his body on the line for the business he loves.

Even if he does seek another role in professional wrestling, he will be loved by fans forever.