It's another RAW In A Nutshell, and this one is focused on the clashes ahead of Extreme Rules. It's the next to last show before the next PPV!

It’s another Monday Night RAW, and this week we are going to get more on the clashes ahead of Extreme Rules. As in, there’s several matches that are due some attention.

For example, will we find out what stipulation Dolph Ziggler has in mind for his RAW Championship match against Drew McIntyre? That match is certainly one of the bigger clashes lying ahead of us at Extreme Rules.

There’s also quite a bit of excitement between the RAW Women’s Champion Asuka and her Extreme Rules opponent, Sasha Banks. There may also be a clash over the Women’s Tag Team Championships sometime soon, too.

So, as we said at the start, we’ve got clashes ahead of Extreme Rules. It’s going to be a busy RAW.

Hands down, for me, this goes to the main event.

It’s not often that the best match is the main event. This was one of those times.

Lots going on in this match too, so I could see why some might say it was too busy. But, with so many clashes ahead at Extreme Rules, this one did a good job of shining a light on a few of them.

This one has to be Ricochet and Cedric Alexander against MVP and Bobby Lashley.

I loved watching Ricochet in NXT. I enjoyed him early on in his main roster run.

Somewhere along the way, he made someone in Creative unhappy or something. It wasn’t just him, but the entire match was just…blah.

I think things were also set to fail because of the new, underwhelming title reveal, along with no actual champion there to accept it.

Can I be a total dork and go with Heath Slater? Even if for one of my stars, but not the only one? 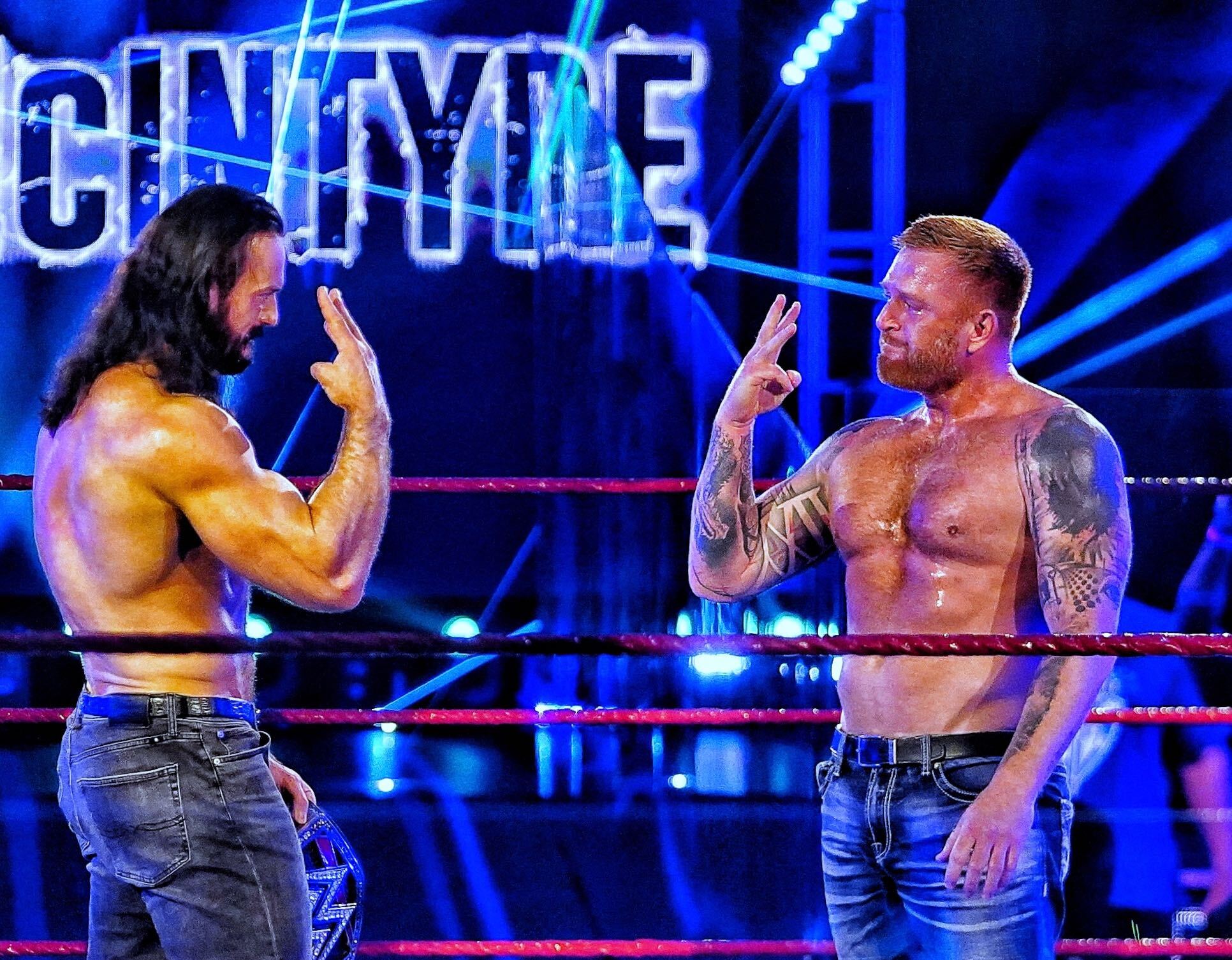 OK, fine. Here are a couple more too.

Nikki Cross was fun tonight in a non-wrestling role. 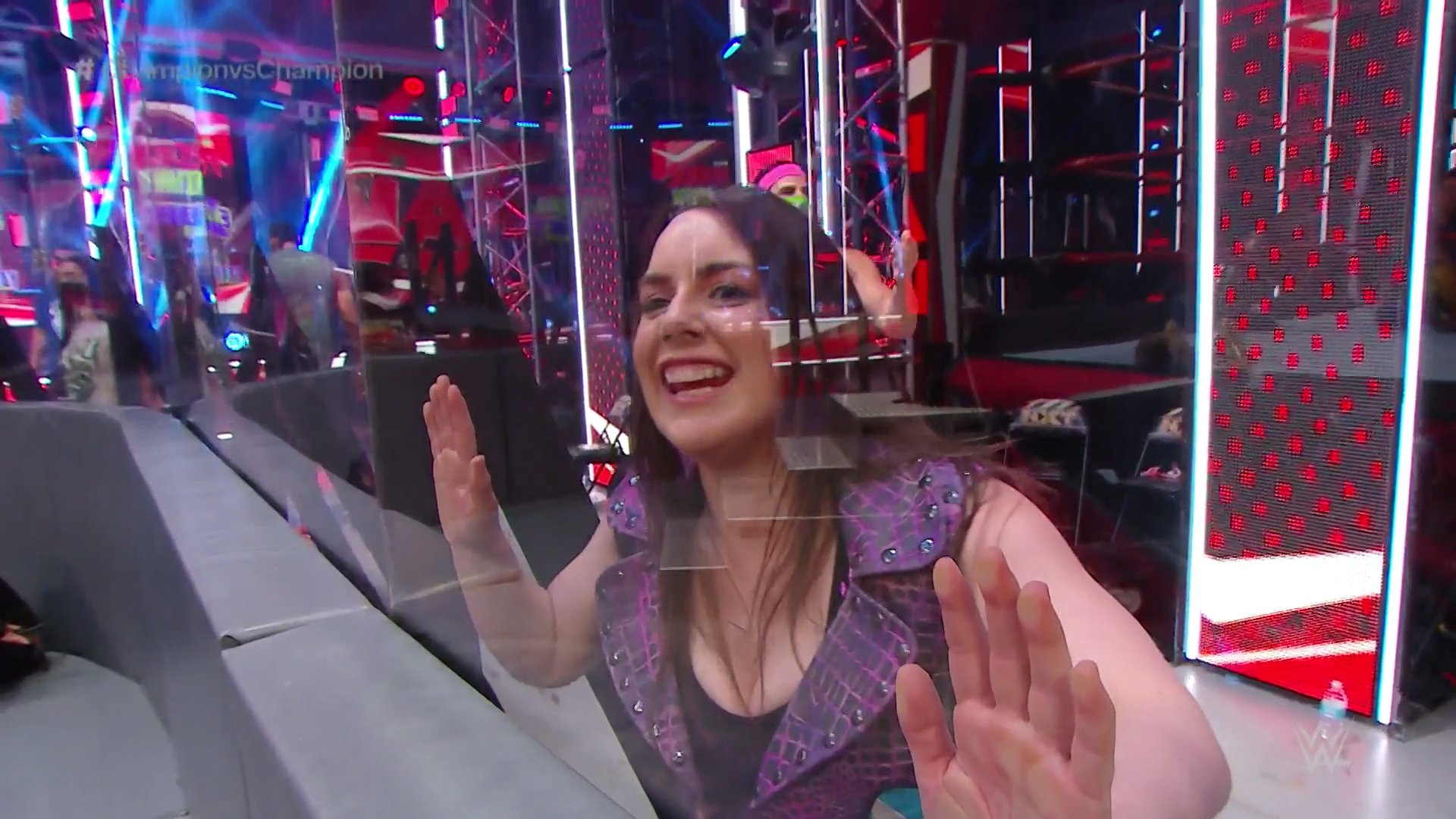 Outside of that, give me Asuka. 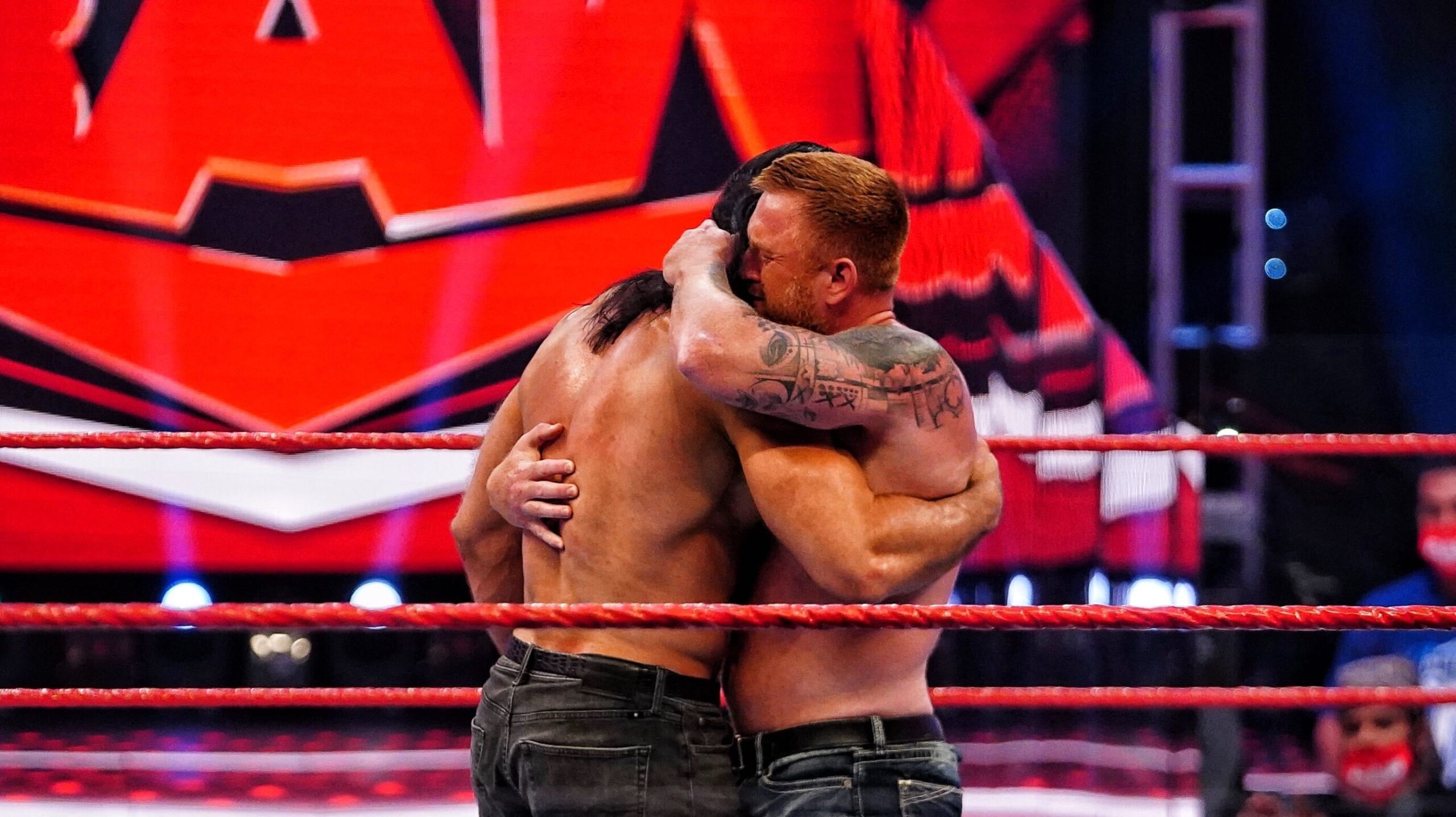 No, not Heath Slater. That one would be too easy.

Cedric Alexander and Ricochet, on the other hand…that felt like a match lost by jobbers.

OK, scratch that. No upsets tonight. 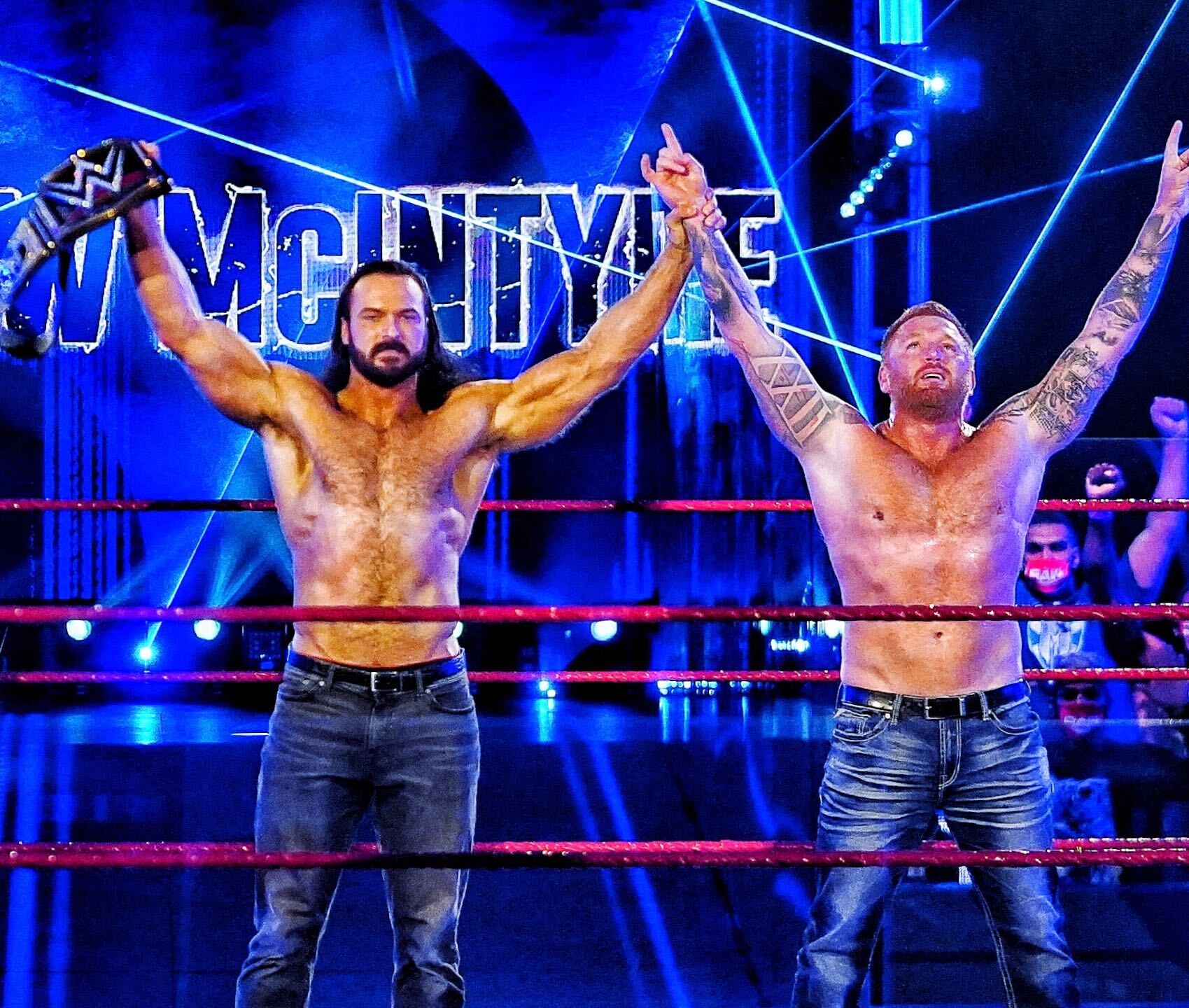 There were rumors of this happening, but wow, did anyone expect us to see Heath Slater back in WWE so soon? If you did, did you honestly expect him to return to get a shot at Drew McIntyre?

I’d be willing to bet that the odds are low. Very nice surprise…will be curious if this was purely a one-off, with Slater’s non-compete not yet expired…or if WWE is seriously going to bring him back.

The “free agent” shirt was a nice touch, too.

I hesitate to call it a botch…but maybe?

That one spinning back fist that Asuka delivered flush to Bayley. Either the champion sold it like she was shot by a canon…or she got hit too hard.

Either it’s a botch, or an outstanding sell.

R-Truth bumps in to Randy Orton and Ric Flair, and the comedy flows.

Truth says the Dirtiest Player in the Game cleans up nice…too nice…so of course, he accuses him of being Tozawa in disguise.

Also loved Nikki on commentary. Many good lines, but my fave was her yelling at I believe Bayley (or Sasha, I can’t recall) to stay at least six feet away.

Curious bit at the end of that above mentioned encounter. Orton told Tozawa and his ninjas that Truth went in a different direction.

Curious what that could mean. 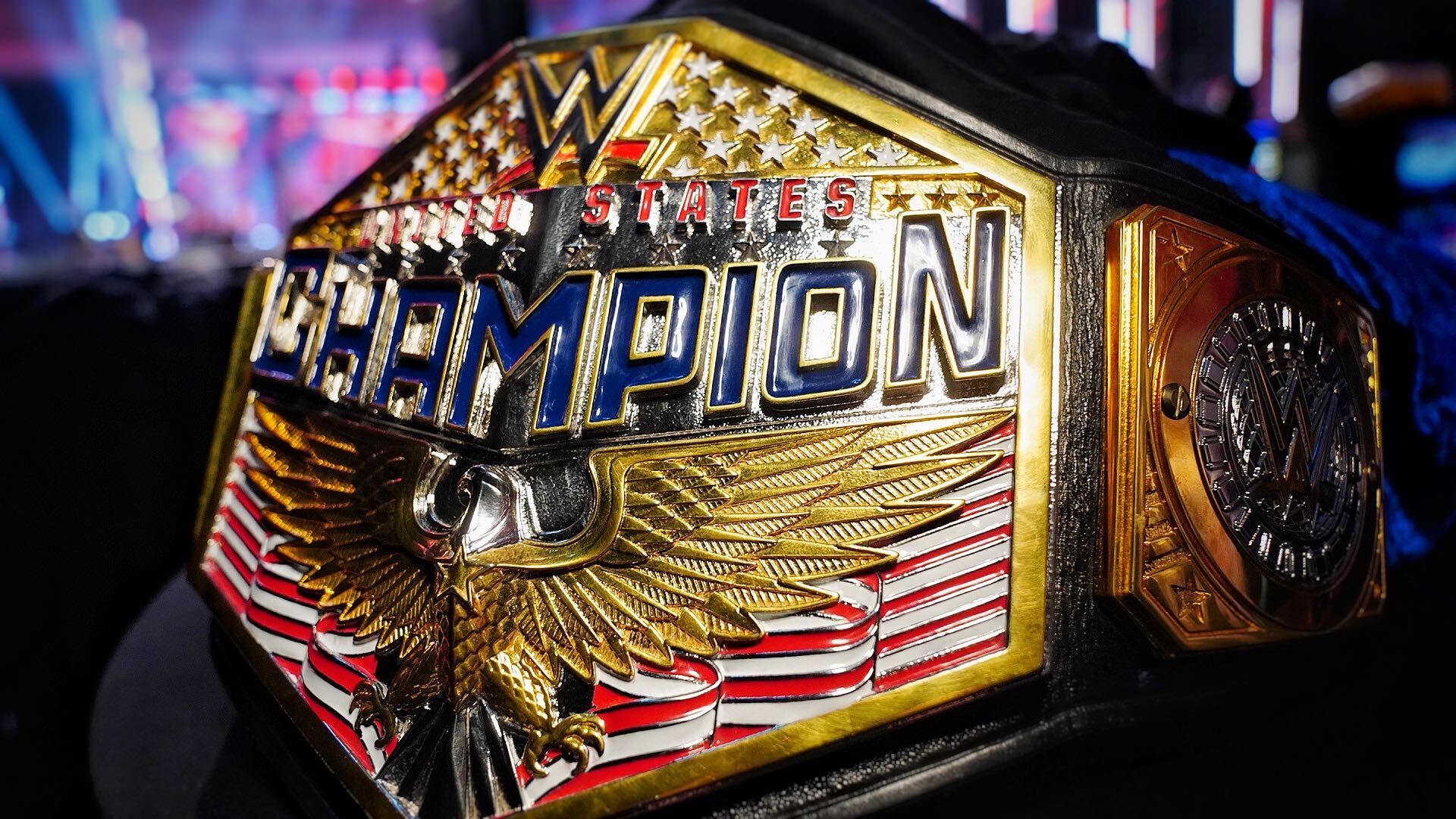 Also…new United States Championship is revealed. Initially, not a fan, though perhaps it grows on me?

I like this.. simple yet prestigious.. and most importantly, no over the top @wwe logo.. small and simple #USTitle https://t.co/k87jZlMXCX

I loved Ruby Riott in NXT. I wanted to see better for her on the main roster. That match against one half of the IIconics was just…not good.

I think all women involved could benefit from the live crowd. I truly think that the Iiconics play the crowds well, so that is something I am missing when they work.

I realize these were filmed ahead of time, but considering we heard a week or two back that we’d get no more Flair for a while…it’s pretty annoying to still see he is around.

Also, I know Liv Morgan missed some tapings, and clearly Sarah Logan isn’t available…but it would be nice to just reunite some of the Riott Squad.

I have to think a number of fans geeked out with the return of Heath Slater. Might be for One Night Only, but a return is a return, and it was fun while it lasted.

Love the women getting main event time again, and while there was a lot going on in that match, I think WWE did pull off a strong enough main event.

WWE should just be called Women’s Wrestling Entertainment at this point because they’ve been carrying the company through the entire quarantine era.

All in all, I think it was a solid show.

I enjoyed the show, which has to be a good sign. It was taped, and there were things you’d rather not see (like Ric Flair still), but otherwise, a good three hours.

One thing I did not care for what the handling of the United States Championship reveal. I suppose if it was done on MVP’s show, but then it was revealed that Apollo wasn’t there…and that set up their Extreme Rules match?

Maybe then things would have fit a bit better. It was odd just having MVP randomly present a new belt without Apollo Crews present.

Also…I know some love the new design. I don’t particularly care for it.

Not a fan of the angular look that makes it look like the RAW and World Championships (and RAW/SmackDown Women’s Championships). I think those four belts are actually quite hideous.

In fairness, I miss the old Hulk Hogan era WWF title, though there have been a few strong options since (not including the classic NWA/WCW big belt). Seems if WWE has a good looking title, they get rid of it (looking at the classic Intercontinental Championship).

Not saying the newly retired US title wasn’t due for a change…just that change simply for the sake of change isn’t always a good idea…and I think the new belt, for now at least, isn’t good.