According to rumor, Triple H loves Ilja Dragunov for the future of his brand and Rey Mysterio thinks Ricochet is the new Rey Mysterio.

Rumors indicate that Triple H loves Ilja Dragunov, which could lead to a considerable push for the developmental wrestler in the year to come. In other news, Rey Mysterio has declared Ricochet as the next Rey Mysterio! 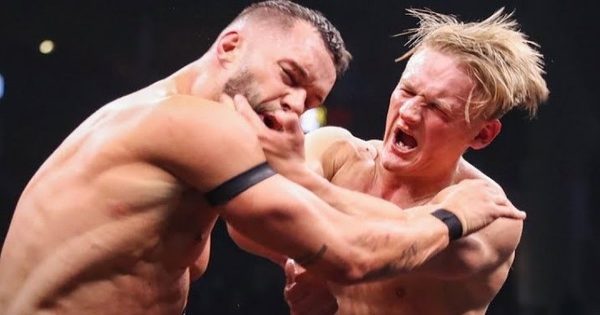 Relatively newcomer Ilja Dragunov has captured the eye of many die-hard wrestling fans. Also, he’s caught the eye of  NXT’s boss Triple H. While he did take a loss at the hands of Finn Balor at Worlds Collide, many believe there might be a championship run in the works for the Russian wrestler.

Dragunov has not appeared as often in NXT, but this could change in the future. While it is unclear what Triple H is planning, many believe it could be a title match against the current Cruiserweight Champion Jordan Devlin. Plus, he is a stern favorite of WWE veteran and icon of the business, Shawn Michaels. Still, a feud between Devlin and Dragunov could be extremely interesting.

Of course, there would be more interesting opponents for Dragunov in NXT. One obvious choice for a runner-up to a title opportunity would be Roderick Strong. He recently lost his North American Championship to Keith Lee.

Johnny Gargano would be another wonderful opponent. While he is always going to remain in the NXT title picture, I would certainly be interested in a lengthy feud with Dragunov. As Gargano recently returned from injury, it could be a good time for a new feud.

Finally, if Tommaso Ciampa returns as the NXT Champion, this could be another feud for Dragunov. Of course, Ciampa still needs to recapture his title after he’s been out with a substantial neck injury for some time. Still, it is a feud to consider.

Rey Mysterio Dubs Ricochet As The New Him! 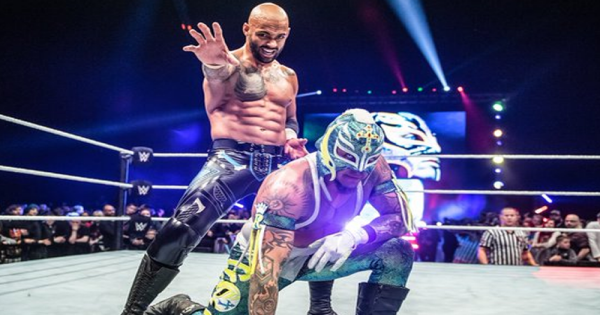 Rey Mysterio is undoubtedly one of the world’s most famous Luchadors. Getting a compliment from the veteran therefore means a lot. Now, Ricochet has obtained the biggest compliment of them all.

During an interview with BT Sport, Rey revealed he thinks Ricochet is the new him. A bigger compliment you cannot get!

“[Ricochet] was one of the first Superstars that really impressed me. When you’re in this world and you come home the last thing you wanna do is watch wrestling or hear about other wrestlers. I secluded myself pretty well. You know I was home for 2 or 3 days a week. And it was family time specifically. But, there’s gotta be a point where you see your competition, who’s up and coming and he’s one of the guys who really stood out to me. He’s been doing incredible, man I personally feel he is the next Rey Mysterio.”

This is truly amazing to watch. But let me be the first to say that there will NEVER be another Rey Mysterio. 🐐

All I can do is try to continue to inspire the next generation of guys and girls that want to be wrestlers like he did for me and countless others.#Booyaka 🙏🏽 https://t.co/8cB1aln55c

Rey Mysterio has hinted at his retirement a couple of times over the past year or so. A compliment like that from Rey Mysterio therefore means more now than ever, especially since his son is now involved in WWE programming. So, we are sure that Ricochet will have an amazing future in the wrestling industry.