Is Tommaso Ciampa On The Way To Recapture His Goldie?

Unfortunately, Tommaso Ciampa has been away from NXT due to injury for some time. Now, he is back and has his eye on Goldie once more.

Tommaso Ciampa is arguably one of the best heels NXT has seen in recent history. Due to an injury, he had to leave his precious title “Goldie” behind and recover for several months. However, Ciampa has recently returned with one clear goal, recapturing Goldie! If you are not familiar with Ciampa, here are some highlights to wet your appetite. 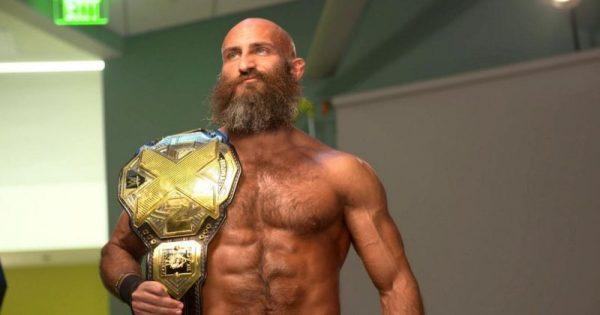 Very few men are as brutal and as good of a heel as Tommaso Ciampa. Adam Cole has been relatively safe with his NXT Championship lately, mainly with the support of his faction “The Undisputed Era.” But can he withstand the return of one of NXT’s most dominant champions?

Much to the delight of myself and my other half, Ciampa returned to NXT last week. He did not waste any time either, because everybody knows what he is coming back for.

“I think I made it pretty clear on Wednesday what I’m coming back for, and that’s Goldie.”

“I woke up symptom free from surgery and that’s a big sign for recovery. When I woke up that first day in the hospital I had feeling back in both my hands. No numbness, no tingling, no burning sensation.”

The Man Behind The Wrestler

Some of the most ruthless heels in wrestling history turn out to be the nicest people in real life. One wrestler where this rings true is Tommaso Ciampa. During his recovery, he appeared in Sheamus’ Celtic Warrior Workouts, endearing himself to all wrestling fans.

During the video, fans did not only get the opportunity to meet the man behind the wrestler, but also his cuddly dog and his cute baby. Tommaso Ciampa also spoke about his struggles with depression and how he overcame this psychiatric condition. Needless to say, it was an inspirational episode for everyone. 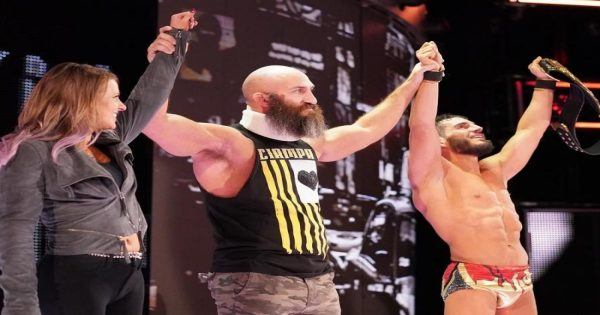 Before his injury, Ciampa was called up to the main roster alongside Johnny Gargano. Since his return, there has been ample speculation about the two men. Many believe they will be called up with the draft.

Part of me is excited to see the story of Gargano and Ciampa play out on the main roster. On the other hand, they really get to shine on NXT. It is also claimed that Johnny Gargano prefers to stay on NXT, which you cannot hold against him.

Those of you who are not familiar with the work of Ciampa and Gargano should definitely look into it. It all started with their tag team DIY, but some of their best work happened when they faced each other. Their feud is one of my all-time favorite wrestling feuds. I can guarantee it will not disappoint if you decide to look it up.

Time will tell if the WWE calls up Gargano and Ciampa, but part of me hopes they remain on NXT. There is still much story to be told on NXT with these two, especially since Ciampa is just returning from another neck injury.