RAW In A Nutshell: Who’s Ready To Rumble!

It's your first RAW In A Nutshell of 2020, and we can honestly ask...Who's Ready To Rumble! The January PPV is rapidly approaching, who is in it?

We are another week closer to the first PPV of the new year, so this week on RAW, there is one burning question: Who’s ready to Rumble?And how better to answer that, than with our first RAW In A Nutshell of 2020?  It’s that time of year where anyone who can is throwing his or her name into the ring, so to speak (Though this RAW In A Nutshell writer won’t be entering, I promise you). Everyone who can walk wants to get themselves a shot in the Royal Rumble, so why not? If the Rumble wasn’t enough, we will surely have some fallout following last week’s train wreck of a wedding ceremony-but we covered that in last week’s RAW In A Nutshell, too. WWE fans have a lot to enjoy right now, don’t we? Let’s crack open this RAW In A Nutshell and see what 2020 brings us!

First, Andrade and Rey. The ending spoiled things, or if nothing else, dropped the score a bit. Not many liked the unmasking, even if we’ve seen Mysterio work without the mask before. 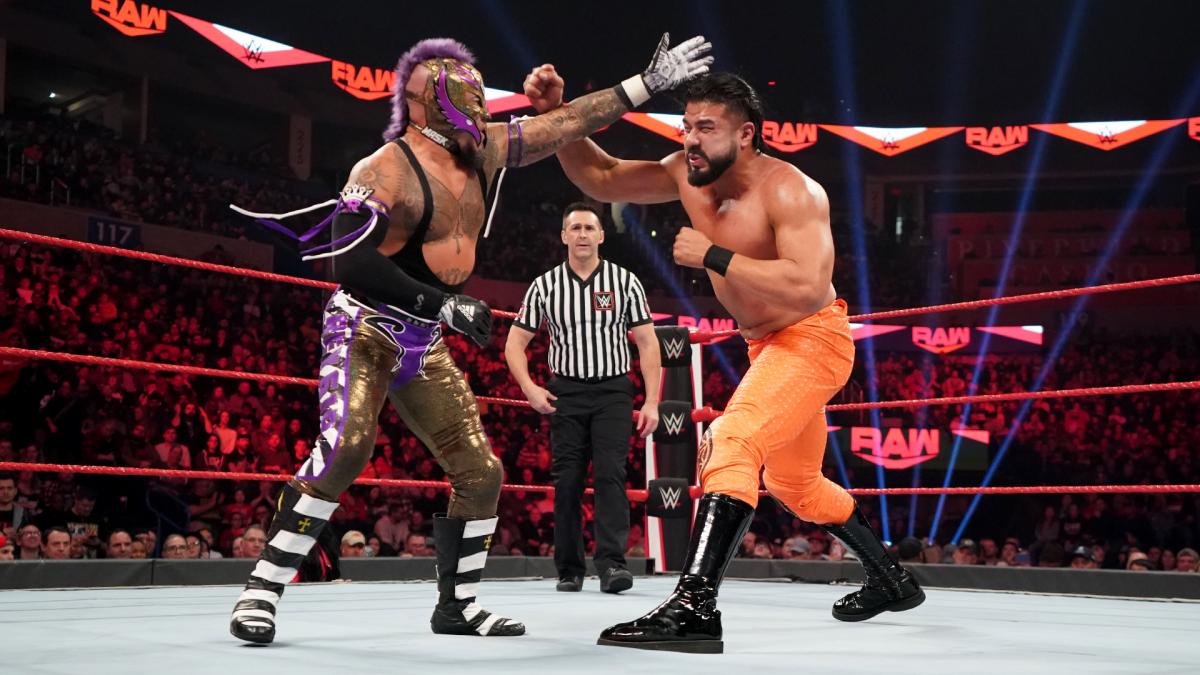 Second, the tag team three way. I am a fan of tag team action, and this was a decent match. 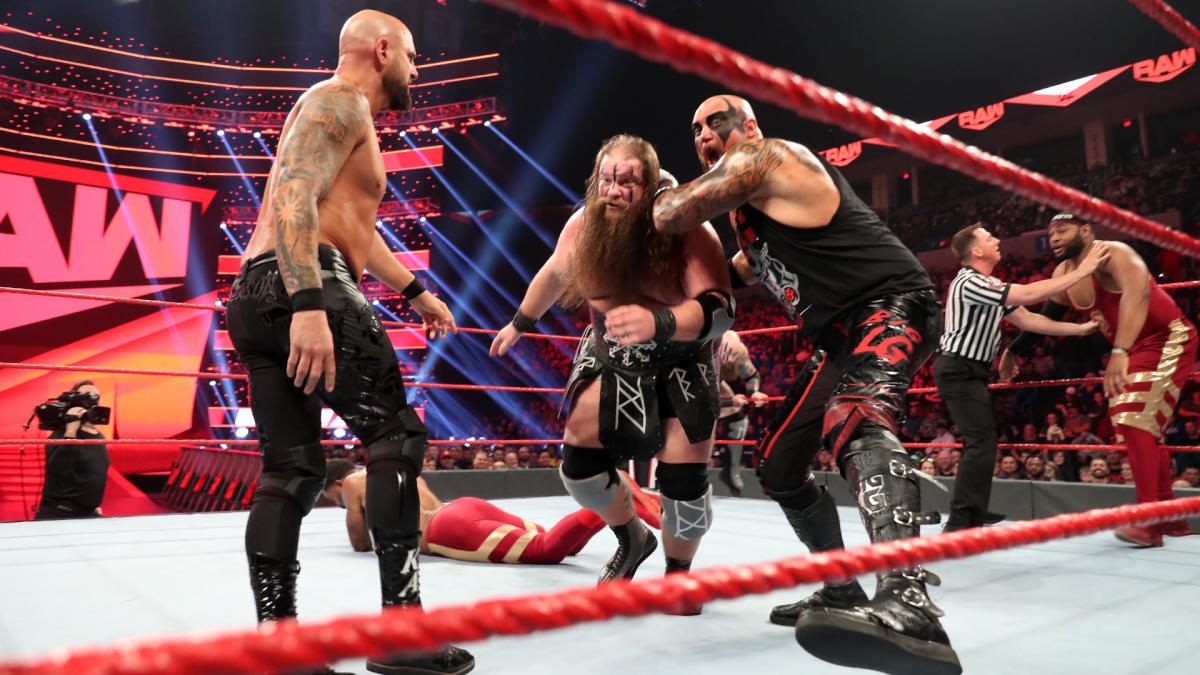 Rowan needs some legit competition. His squashes are old. 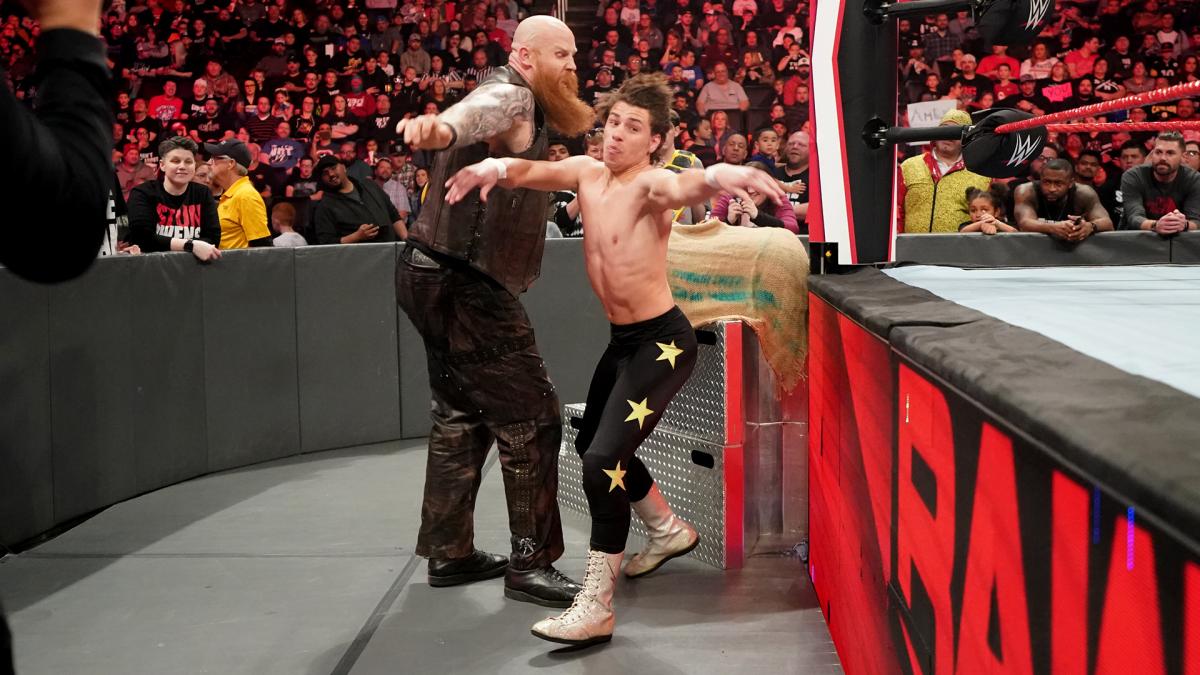 Sarah and Charlotte…wasn’t officially a match, but meh. 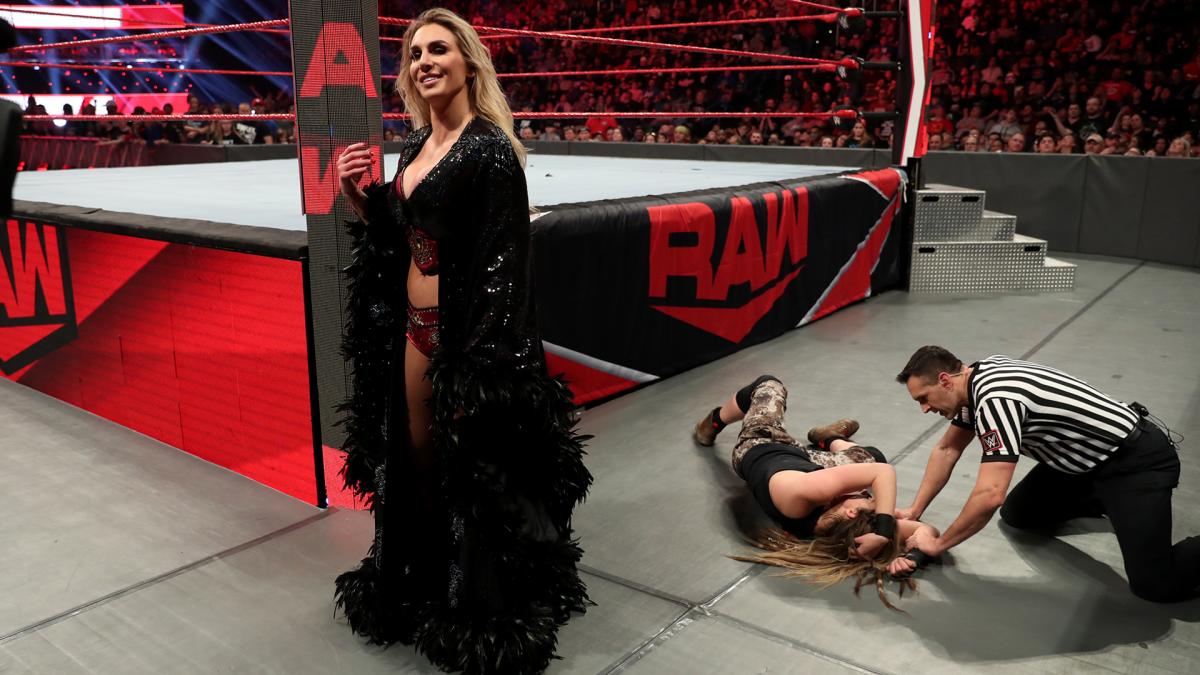 Really enjoying the latest run for Joe and Kevin Owens. Adding a return for The Big Show was fun, too. Not as big as the trio of returns SmackDown enjoyed on Friday, but solid. 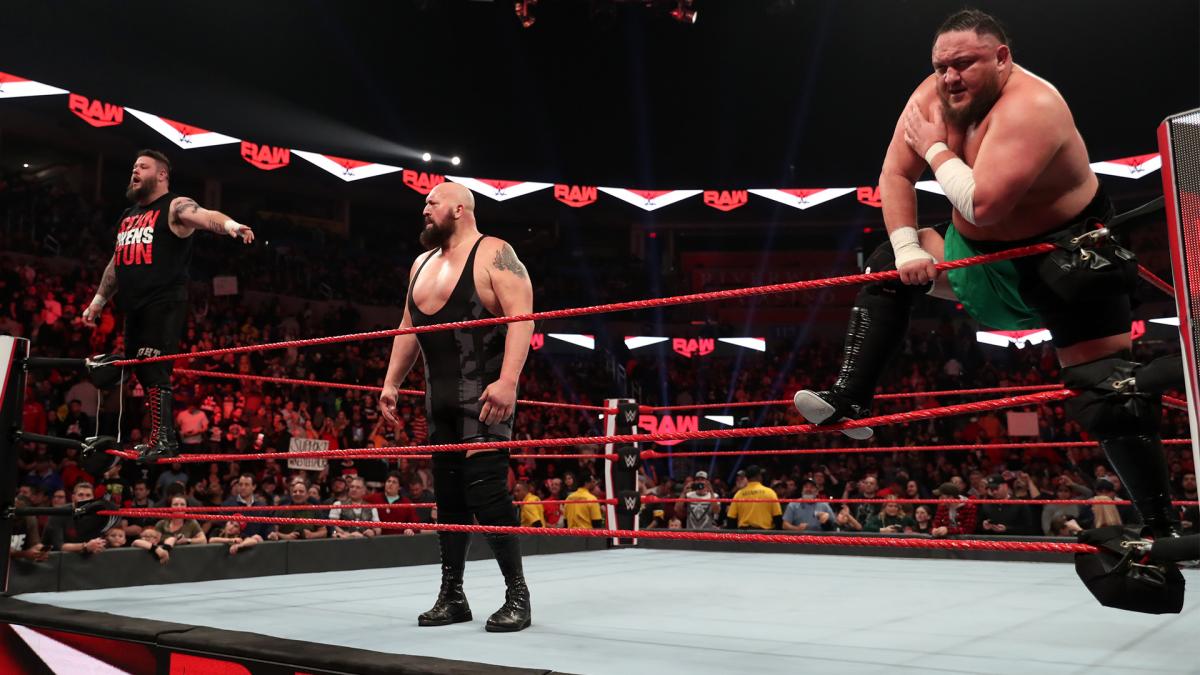 Honestly not sure what to choose here. 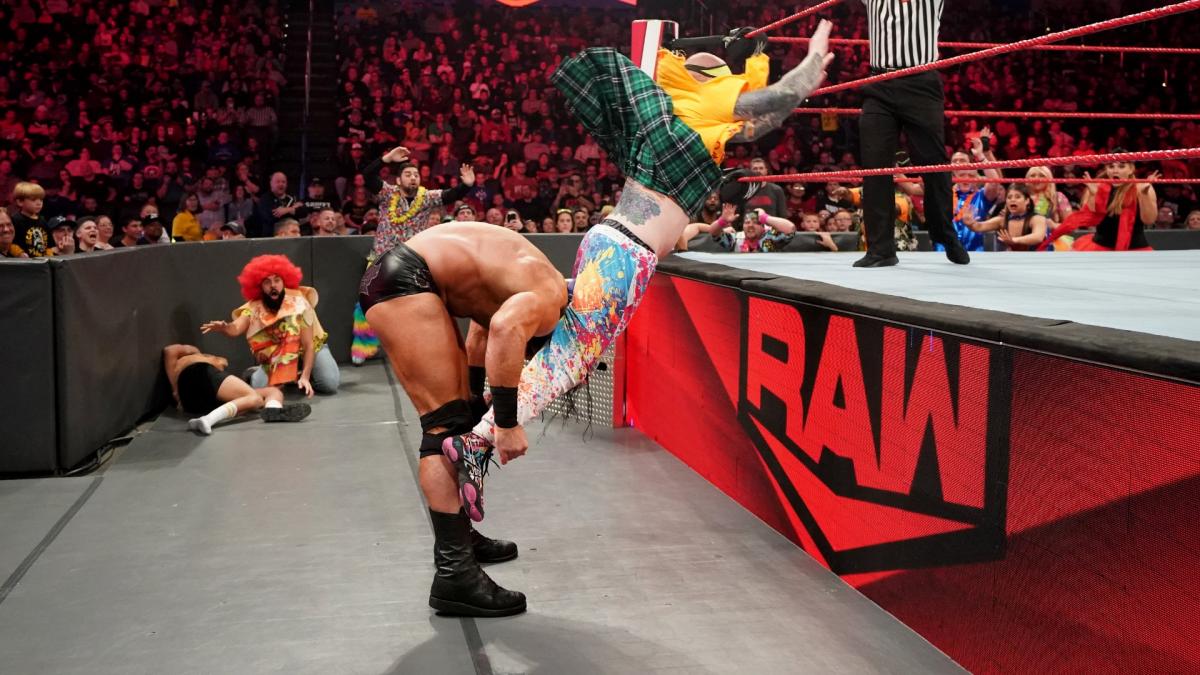 The dude Rowan faced deserves a nod…but my money is on No Way Jose. Actually, more specifically, on the members of the conga line. 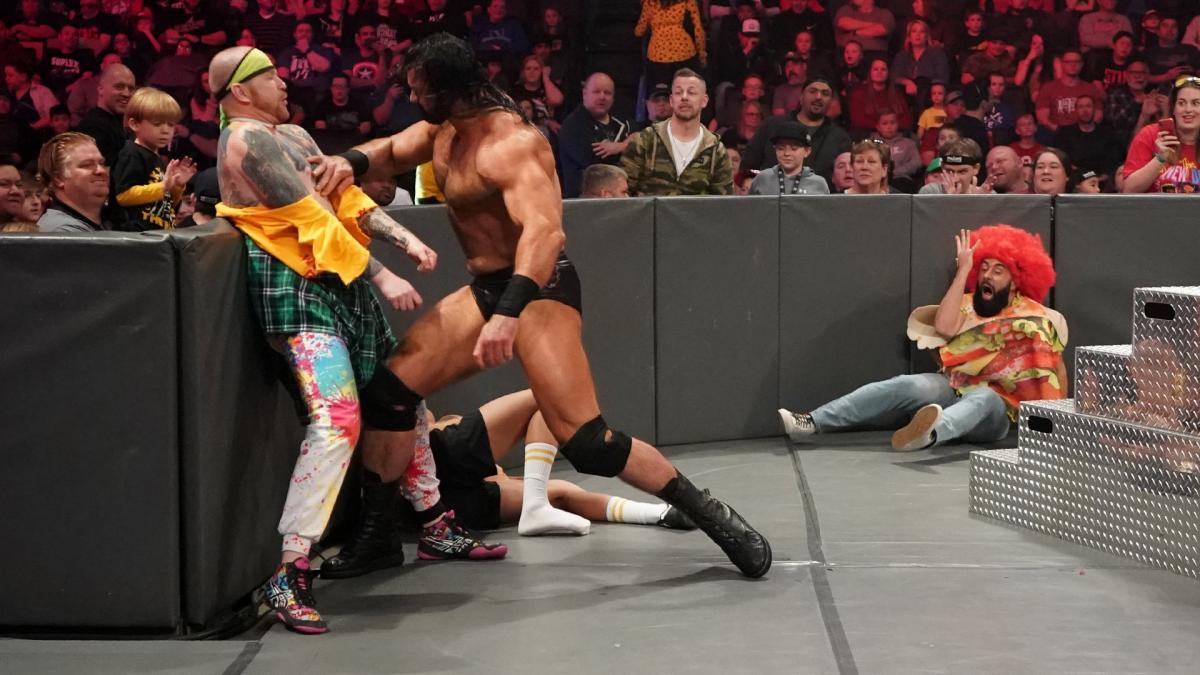 The Big Show returning to be the third part of the main event.

Honestly, when it was announced to be a six man tag, and with Rey having worked so much earlier in the show…I figured for sure WWE would play off that beef and have Mysterio as the third.

Big Show hasn’t been seen much in something like two years, if I heard the announcers correct. Looked good, even if a little rusty.

Also, during the Lana/Lashley segment, it was really hard to miss the Lana Loves @#$ poster. At one point I thought security had come to take the sign. Either they did and the folks made another, or they just didn’t…but it was surprising that the sign made it in and on camera. 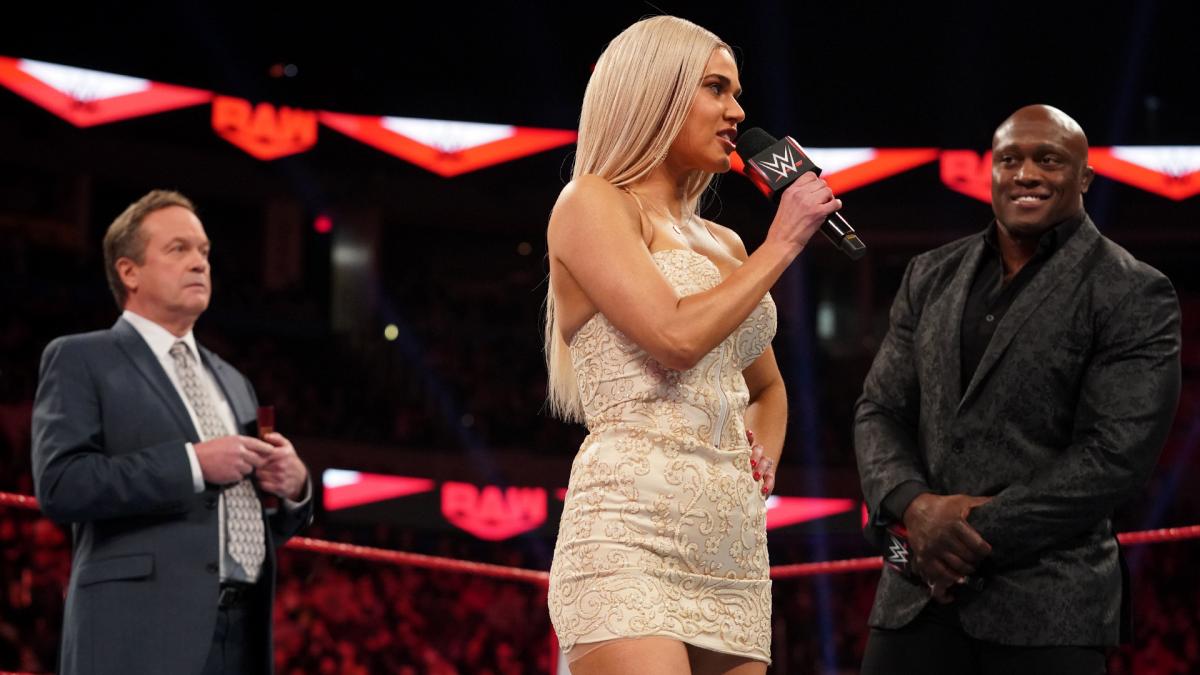 Don’t know if it was rust or what, but Show did almost get really hung up coming over the top rope as part of his entrance. I didn’t have much else to toss in here though…so that’s what I am going with.

WWE announced, right after the main event, that next week we will have a fist fight between Rollins and the AOP, versus Kevin Owens, Samoa Joe and presumably The Big Show. The graphic showed “mystery partner”, but the announcers said Show. 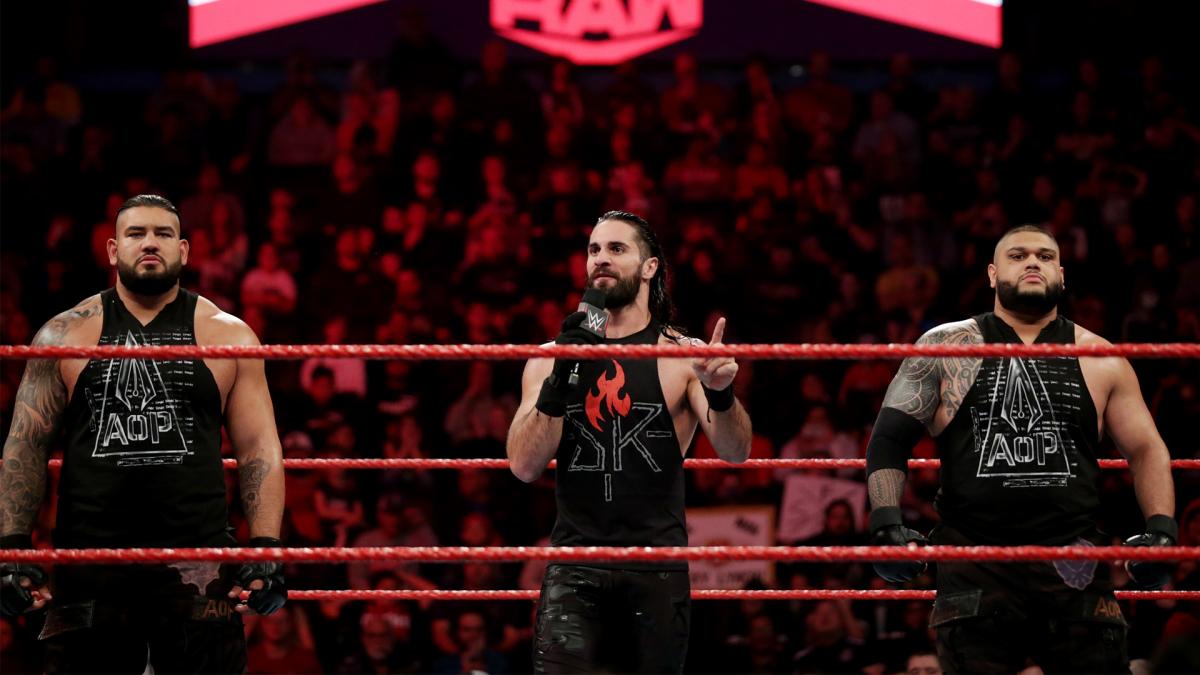 The LOL part though, is at the notion of a fist fight as the stipulation. Might just be the worst idea ever, no? I mean…we see Superstars throw punches every match, so how is a “fist fight” going to be presented? How will it work? There’s likely a reason it’s never been done before…

Well, right out of the gate, Brock Lesnar throwing his name into the Rumble participants. And, on top of that, claiming #1.

Kind of surprised about this development, to be honest. 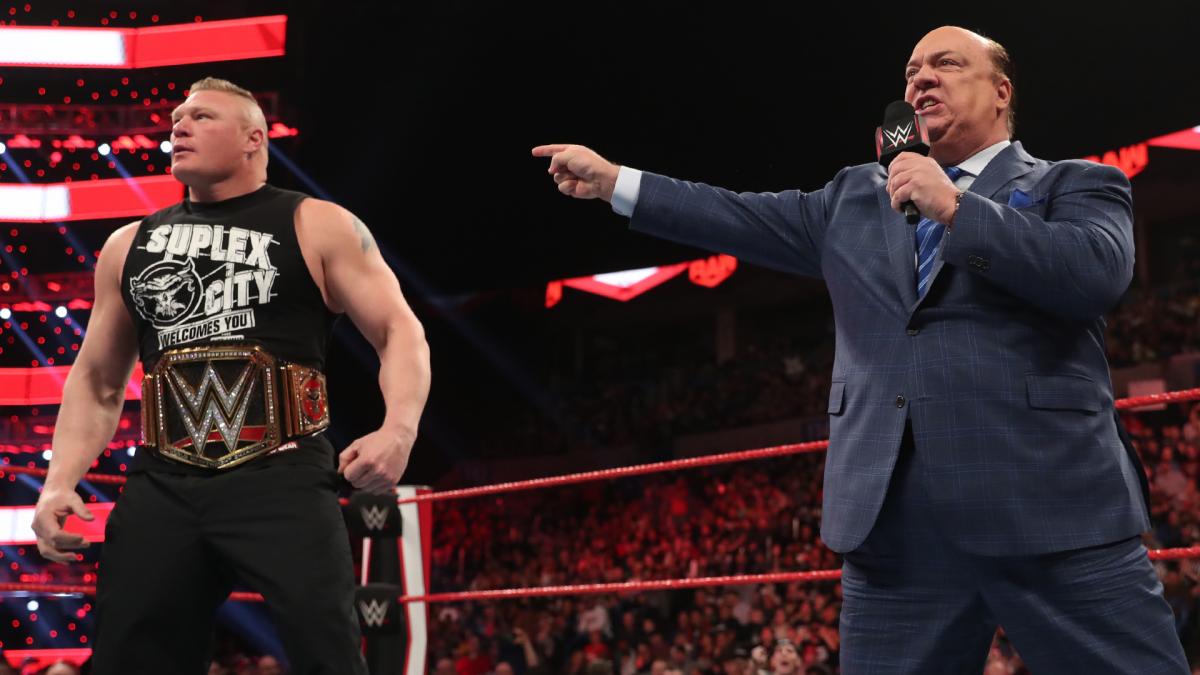 Best guess, something transpires in the match (perhaps with Cain Velasquez), which will set up Lesnar’s WrestleMania match. Which means the winner (suggested as Reigns) will target The Fiend and the Universal Title.

Sarah Logan couldn’t even get a match started. Sad to see her be so poorly used.

No Way Jose is bad. Glorified jobber bad at this point. I honestly wish WWE would find Adam Rose and his Rosebuds and bring them all back, setting up a feud between the two. Or, a partnership. Maybe both? Just don’t tell me when…I want to miss it.

Also…this guy has a point…

Some may agree, some may not, but overall, that seemed like one of the better RAWs in recent memory.

That was one of the better episodes of #RAW

Of course, for every one of those, there seems to be one of these…

2/10 is my #RAW rating
– A very boring show in my opinion
– Lashley/Lana/Rusev segment was awful
– Rey Mysterio vs Andrade was good until the end
– Big Show returning was cool
– Too many squash matches happening on these shows!#WWE

This wasn’t bad either. I was fond of face Drew in NXT…

So, is tonight the beginning of the Drew McIntyre face turn? I’m there for that. I also wouldn’t be mad if he won the rumble. #RAW

All in all, I am in the camp thinking this was a good show. No, not great, but good. And, a strong start for 2020, which is important.