There continues to be talk of Harlem Heat competing at the Royal Rumble. Also, Brock Lesnar's WWE return has been confirmed.

Latest On Harlem Heat At The Royal Rumble 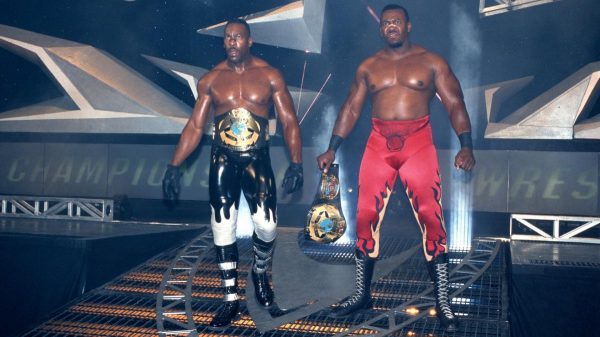 During the TLC pre-show, there was an interesting exchange between The Revival and Booker T. Basically, words were exchanged and a challenge for the Royal Rumble was issued.

While WWE has not given much attention to what happened, there is talk of Harlem Heat (Booker T & Stevie Ray) taking on The Revival (Scott Dawson & Dash Wilder). PWInsider’s, Mike Johnson suggested Vince McMahon would not have teased the match if he could not make it happen.

“I would think that is the direction,” said Johnson. “It makes logical sense to use that as an undercard thing or a kickoff match. It makes sense because Booker T is a local celebrity.”

Hey @Scottdawsonwwe @dashwilderwwe If The Revival wants some, it’s very easy for you to get some because Harlem Heat is not hard to find!#HarlemHeat #TheRevival #WWE pic.twitter.com/Kn1ml7WEw6

For many fans, they might not know much about Harlem Heat. During their time in WCW, they were considered one of the greatest tag teams. The brothers would hold tag team gold in WCW a record 10 times.

The duo would eventually split, as Booker T got a major singles push. Stevie Ray would join the NWO, but never found the success like his brother.

Just last year, Harlem Heat were inducted into the WWE Hall of Fame. They last teamed together in February 2015 for Booker T’s promotion, Reality of Wrestling (ROW). They would defeat The New Heavenly Bodies for the ROW Tag Team Championship.

There is no secret that The Revival want out of WWE, but their releases have not been granted. WWE continues to give the former two time NXT Tag Team Champions a push, but they have become somewhat of comedic duo. 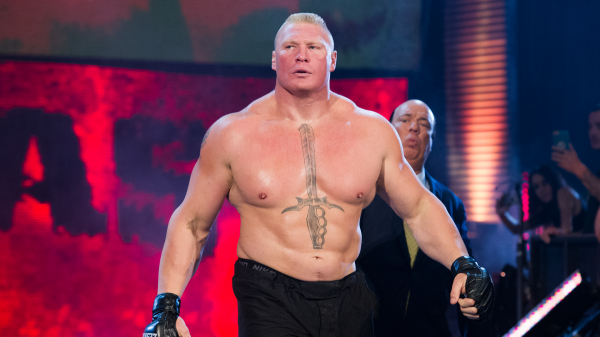 Speaking of the Royal Rumble, we should have a good of Brock Lesnar’s opponent after Monday’s RAW. We learned on RAW, that Lesnar and Paul Heyman will be there live this Monday.

When SmackDown joined Fox, Lesnar defeated Kofi Kingston in about 10 seconds to become WWE Champion. He would then ‘quit’ the brand and jump to RAW as he feuded with Cain Velasquez and Rey Mysterio.

Lesnar was able to defeat Velasquez in minutes at Crown Jewel. That sort of gave Lesnar retribution after he lost to Velasquez years ago under the UFC name.

Then, Lesnar would feud with Mysterio. That culminated at Survivor Series, where Lesnar was able to retain the title. Since November, there has been no sign of Lesnar.

As of now, there does not seem to be a clear favorite to challenge “The Beast” in a few weeks. Whoever gets the nod, likely will not leave with the title as Lesnar should walk into WrestleMania 36 with the belt.

Names for WrestleMania against Lesnar include a rematch with Velasquez, Heavyweight Boxing Champion Tyson Fury and Kevin Owens. But, there is no clear idea on what WWE has planned.