Despite working a limited WWE schedule, John Cena is looking for a major WrestleMania 36 role. Also, Cain Velasquez is rumored for the Royal Rumble. 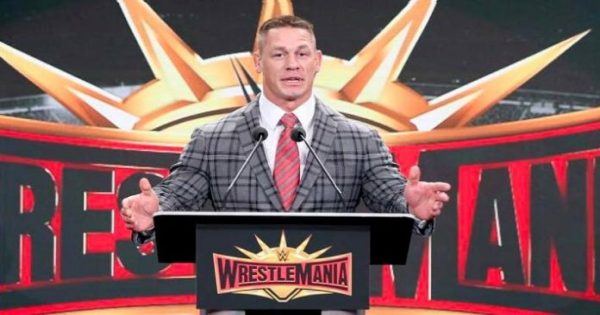 John Cena is one of WWE’s biggest stars and arguably the top draw for a generation of fans. After always appearing on WWE TV for over 15 years, that has slowly stopped. In fact, Cena has not wrestled on a WWE pay per view for over a year.

Apparently, Cena has the itch to return inside the squared circle. Wrestle Votes mentioned how Cena wants a “substantial” role for WrestleMania 36 as he resides near the Tampa area. There is no word on any current plans for Cena, who is busy filming away in Hollywood.

Heard recently that John Cena wants to do something substantial at WrestleMania. More than just an appearance like last year. Cena resides within the Tampa area, seems like this Mania is important to him.

Last time Cena competed at a WrestleMania from Florida, he successfully teamed with Nikki Bella to defeat The Miz & Maryse. Cena proposed right after the win, but the two later called off the engagement.

At WrestleMania 34, Cena was squashed by Undertaker in less than three minutes. Fans hoped he would take on Kurt Angle in his retirement match the following year, but that did not happen. In fact, Cena did not wrestle; despite being healthy. Instead, he went back to his Thuganomics gimmick. He would rip apart Elias mic and leave after hitting his finisher.

WrestleMania 36 is April 5 from the Raymond James Arena in Florida. It is believed that besides RAW and SmackDown, NXT will also have a role in the biggest WWE event of the year. 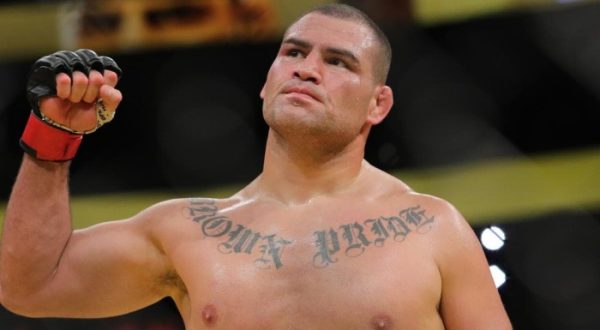 While no matches or entrants have been confirmed, there is talk of a big name appearing. According to the Wrestling Observer Newsletter, Cain Velasquez is expected to compete.

On SmackDown’s debut on FOX, Cain made his debut and attacked Brock Lesnar. The two have history as Cain defeated Lesnar for the UFC Heavyweight Championship.

The two would meet again; this time in a WWE ring at Crown Jewel. Lesnar won the match via submission in a matter of minutes. The quick finish was due to Cain’s bad knee. Since then, Cain has been training at the WWE Performance Center and later had his November match in Mexico City cancelled.

Velasquez is considered one of the greatest UFC heavyweights during his tenure with the company. A bunch of injuries towards the end of his MMA run saw him compete only four times since 2013. He retired from MMA in February 2019, following a 26 second knockout loss to Francis Ngannou to focus on a pro wrestling career. He went 14-3 in MMA and later signed a multi-year deal with WWE in October after fielding plenty of offers.

Do not be surprised if WWE books a rubber-match between Velasquez and Lesnar. The two most likely spots are the Royal Rumble or WrestleMania 36.