SmackDown In A Nutshell: Will Daniel Bryan Survive The Show?

It's the last SmackDown In A Nutshell for April, and we close out the month with a massive question: will Daniel Bryan survive the show?

It is our last SmackDown In A Nutshell for April, and the big question is simple: will Daniel Bryan survive the show?

If you happened to forget, Daniel Bryan challenges Roman Reigns for the Universal Championship. If Daniel Bryan loses, he’s off the show.

Of course, that may just mean that WWE wants to shift him to RAW at some point in the future…or he wants a break…or he’s going to win.

In other words, this SmackDown In A Nutshell could go a lot of different ways for Daniel Bryan, but will he survive the show?

And yes, this is not the Daniel Bryan show. We’ve got other storylines too.

What will be next for Cesaro? Will he remain near enough to the championship hunt?

How about new Intercontinental Champion Apollo Crews? Will his new muscle cause problems for Big E and the rest of the Superstars this week?

We may even get to enjoy a women’s tag team match, unless things change.

I may even be forgetting a few big stories, but you get the idea.

Nothing left to do but get into it right? So it’s…

SmackDown In A Nutshell: Will Daniel Bryan Survive The Show?

I think maybe the opening…LOL not a chance.

This one was the main event, and it was not even close. Daniel Bryan versus Roman Reigns delivered the goods (again).

Would not surprise me to see this one in the running for some year end awards, potentially.

This one goes to the opening, for a couple reasons.

One, I despise mixed-tags. They serve basically no purpose other than filler.

As a first match, you don’t need filler. You know the schedule, plan accordingly.

Second…I saw others commenting too, you need to give Belair some space from her husband.

Yes, we know they are married, and that is fine.

But, unless they are trying to portray Montez as some over-protective control freak (nothing would shock me), let her have her own spotlight.

One of our better television main events. Part of why was because they built up to it from the show open, basically.

Only thing that comes close would maybe be seeing Natalya and Tamina win over the tag champs.

Honestly was not expecting that. I figured with such a stipulation, we were bound for some funny business.

Like, some way to allow Reigns to win, but still give Daniel Bryan wiggle room.

Granted, the entire night was spent building to the match (well done) and the match was awesome.

Ending even set up (hopefully) the next challenger to Reigns…

I have no complaints

I admit I have a twisted sense of humor…but I definitely chuckled with Aziz drilling one time ally Sami Zayn with the Nigerian Nail. 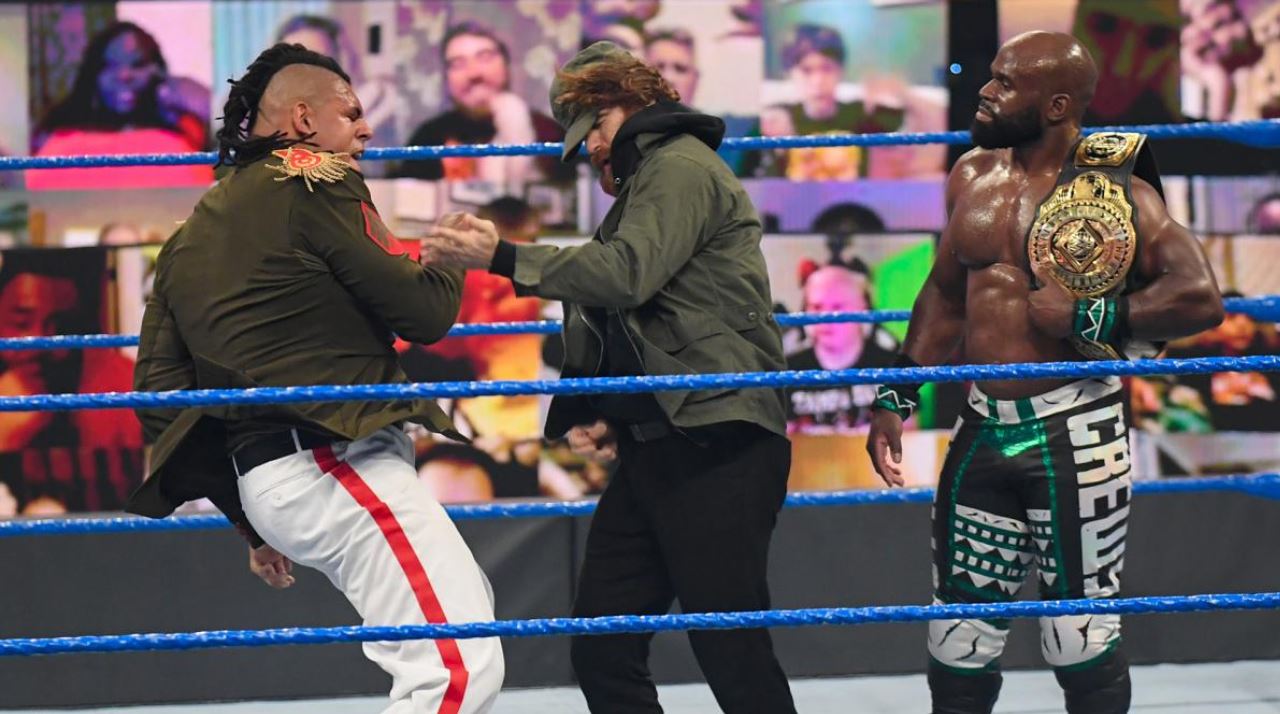 The nail itself is a laugh generating finisher too. But I’ve covered that already.

Daniel Bryan lost, so he’s off SmackDown. Wording the way it was means we should expect him on another brand eventually.

That being said…RAW or NXT?

Hard not to drool over possible matches against Kross, Cole, O’Reilly and more.

Would be stunned if he’s not on RAW soon, to be honest…but I think an NXT move would be so much fresher.

Also…Reigns finally has a new theme. Way late, but decent.

The opener, pretty much. I covered it enough when it earned worst match honors, so I will leave it at that.

Basically, the rest of the show.

The entire night devoted time toward building up the main event. There was effort in crafting the story of what might come next, with Rollins and Nakamura waiting someone.

Now, Daniel Bryan leaves SmackDown, but not WWE. Gives a little bit of a shake up outside of the usual Fall Superstar drafting.

Very good show, and I think they amped it up too, knowing they had to contend with the NFL draft.

So, did Daniel Bryan survive the show? No, not really.

He lives to fight another day, on another brand…

Pretty strong show, and a strong finish to April.

Reigns is still on a tear, and it’s hard to imagine him losing any time soon. My vote would be to have one of Big E or Keith Lee take him out at SummerSlam…but I am sure I will be wrong.

As strong as Reigns has been since his return, I will ask this another way…

Could you imagine a world where Roman Reigns is the champion next April, as WrestleMania kicks off in Dallas?

And, could you imagine a returning…Brock Lesnar…coming in to dethrone him?

I mean, to do that would mean Reigns has one heck of a long run as champion…but then again, that isn’t such a bad thing, is it?

One thing I feel confident in saying though: as much as they’ve built Roman Reigns up, I can only see him losing the title at one of two events-SummerSlam or WrestleMania.

So, I probably just assured him of a loss at a lame PPV. Like…WrestleMania Backlash?!