SmackDown In A Nutshell: Chamber Looms Large This Sunday

It's time for SmackDown In A Nutshell, and in it the Chamber looms large this Sunday. The Road to WrestleMania is in full swing!

It’s the weekend, which means we’ve reached time for SmackDown in a Nutshell-and this time around, the Chamber looms large this Sunday.

Yes, ladies and gentlemen, this is our go-home SmackDown In A Nutshell, as far as the 2021 Elimination Chamber is concerned.

And with that in mind, the Chamber does loom large this Sunday. It’s hard not to, when you consider that it is one of the most imposing structures WWE has in it’s arsenal.

So, the Chamber looms large this Sunday…but so too does a certain decision or two. We don’t yet know what the 2021 Royal Rumble winners intend to do…will we find out Sunday?

Beyond Edge and Bianca Belair, the Chamber looms large for a number of Superstars. On the RAW side of the house, Drew McIntyre’s championship is up for grabs.

On SmackDown’s side of the house, the winner of that Chamber match gets to then immediately fight Roman Reigns. Seems…fair?

That’s really it, in a Nutshell. We’ve got two major Chamber matches, and as they go, so could go the WrestleMania card.

The Road to WrestleMania ought to look a bit more clear come Monday…but first….it’s time for…

SmackDown In A Nutshell: Chamber Looms Large This Sunday 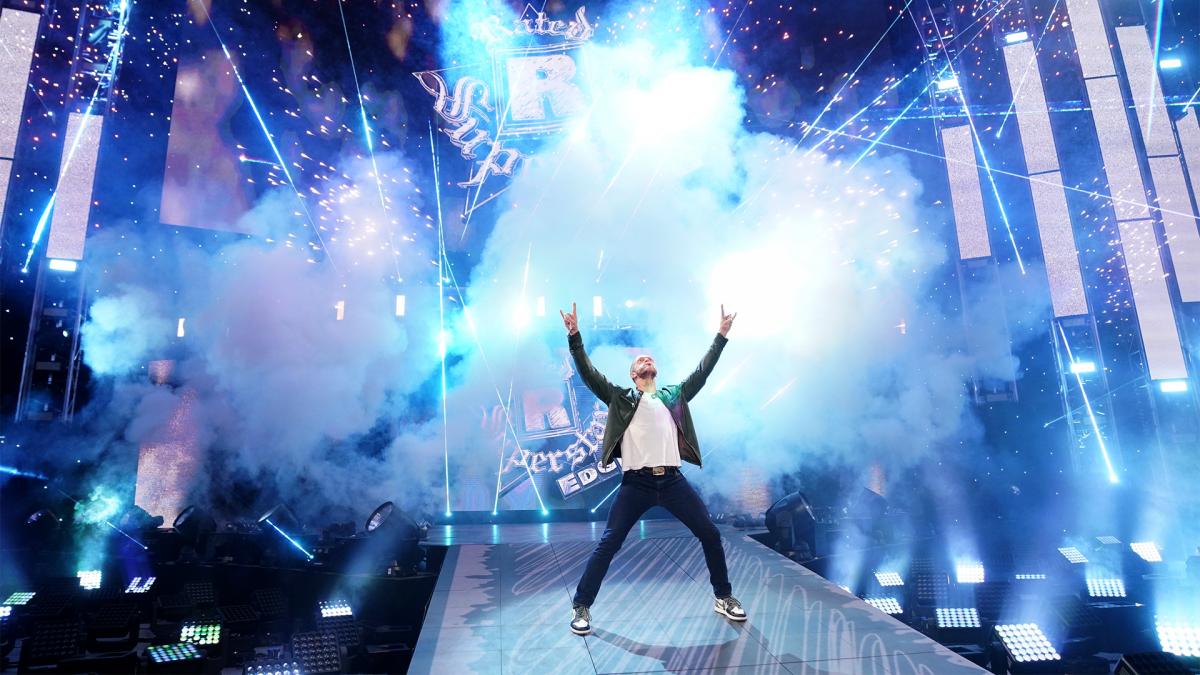 The main event, six man tag. Had basically everything you’d want in a go-home show main event. All the combatants, plus the champion and the guy with the WrestleMania title shot. 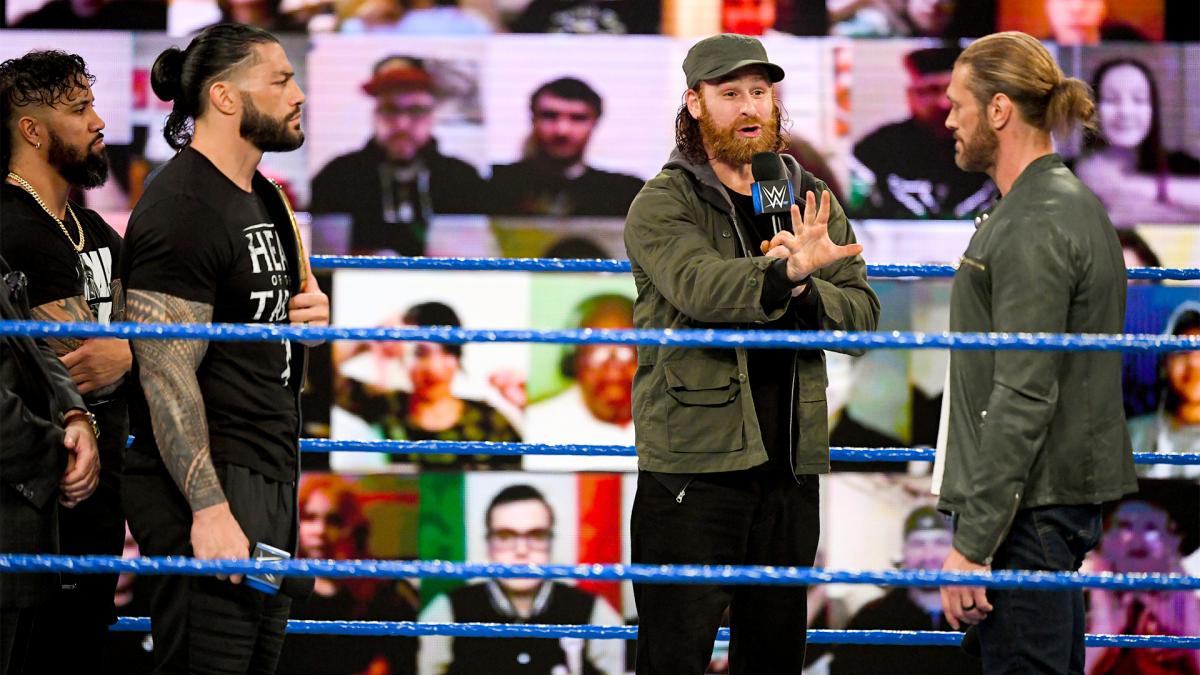 And by the close, every single one of them had gotten involved.

Maybe formulaic and predictable to a degree…but it still worked.

Any match with Tamina is a candidate for this one…and tonight was not any different. 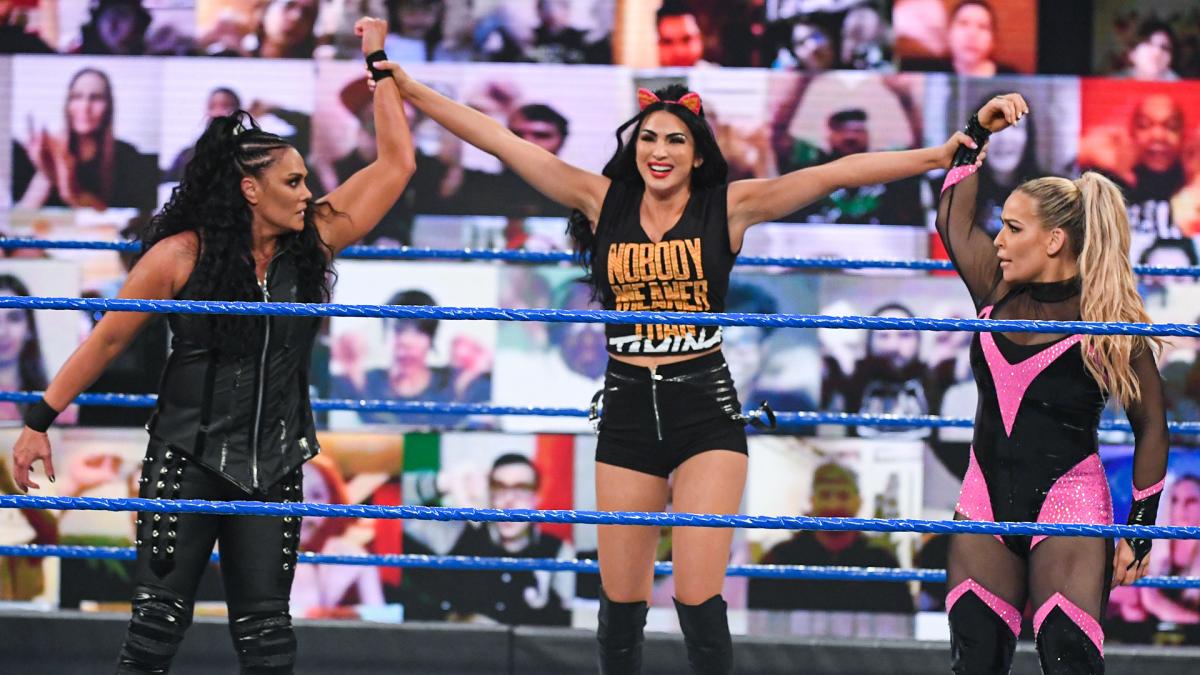 I have a few choices for here.

Yes, Roman Reigns, Jey Uso and Paul Heyman continue to be the best things on the blue brand. However tonight they had competition.

Tonight, I give a nod to several, starting with Edge. I then give credit to every one of the six men who were in the main event, and who will be in the Chamber match Sunday. 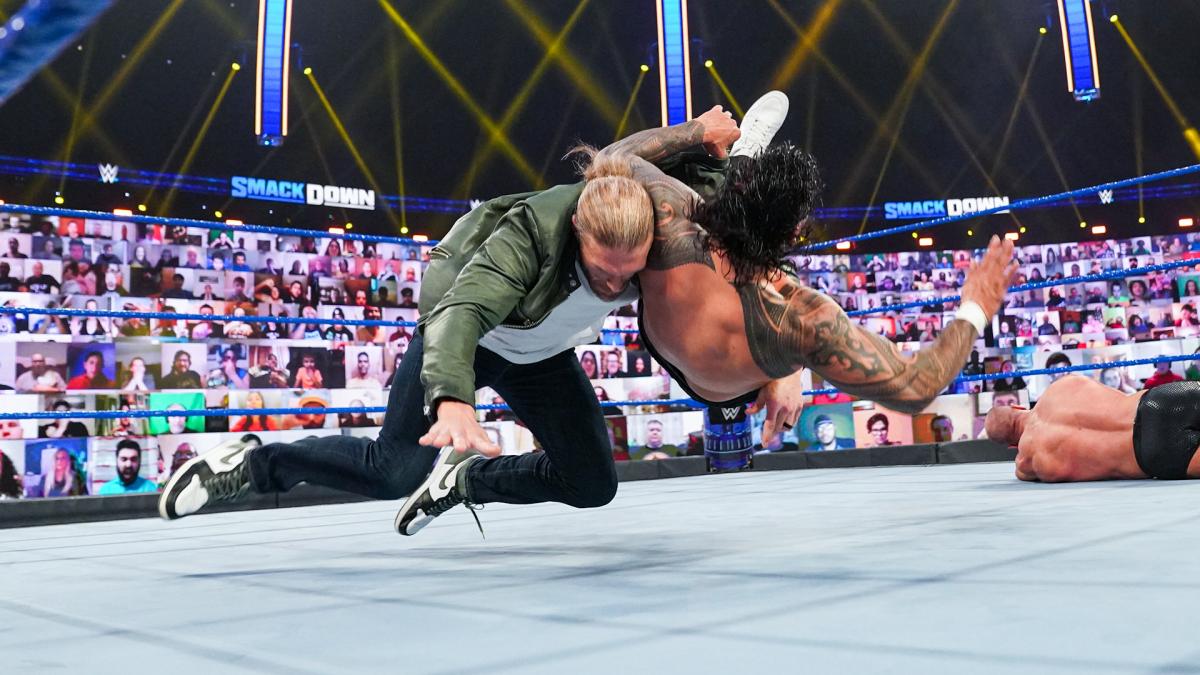 Why? Because the work they did tonight at least gives fans a reason to think we COULD see a title change on Sunday, and that any of them versus Edge could be an awesome match.

I am not saying it will happen. WWE just needed and wanted to plant seeds of doubt, and they did that.

See, the downside here is it did highlight one concern I have had about the likely looming Reigns/Edge match. 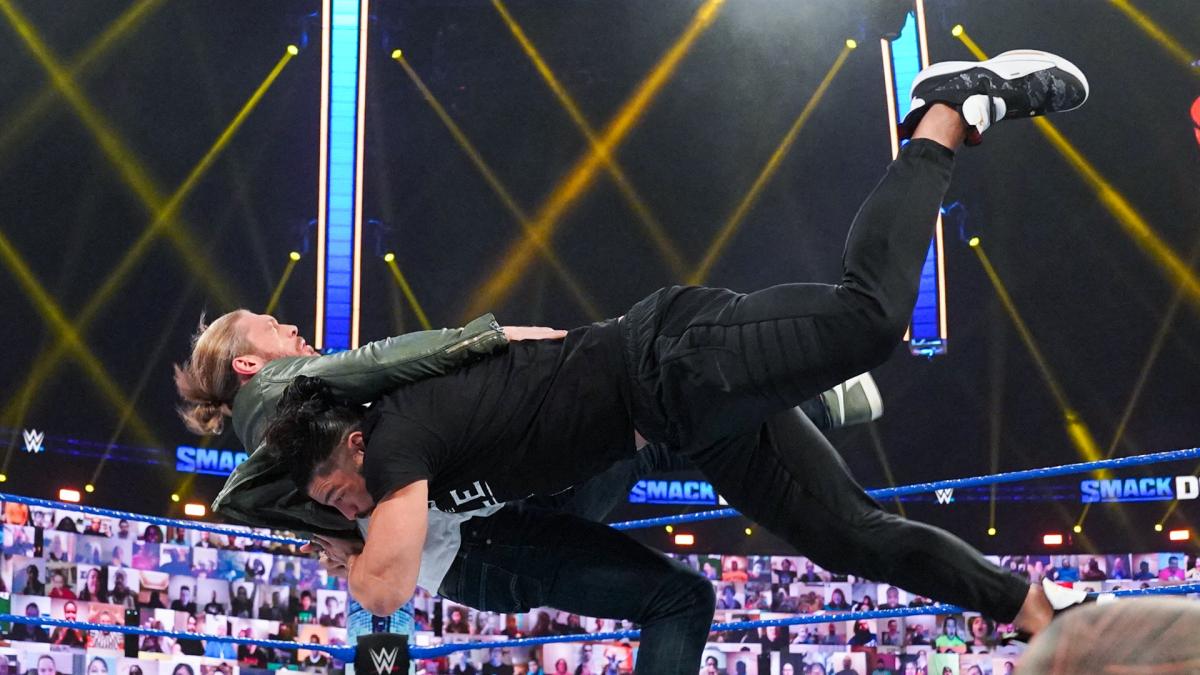 While Edge is that crafty veteran, he is not a physical specimen. He was never the musclebound type-he may be strong, but he was never going to show up jacked like Reigns or Batista or someone like that.

Put him and his kinda skinny frame next to Roman Reigns, and its glaring. 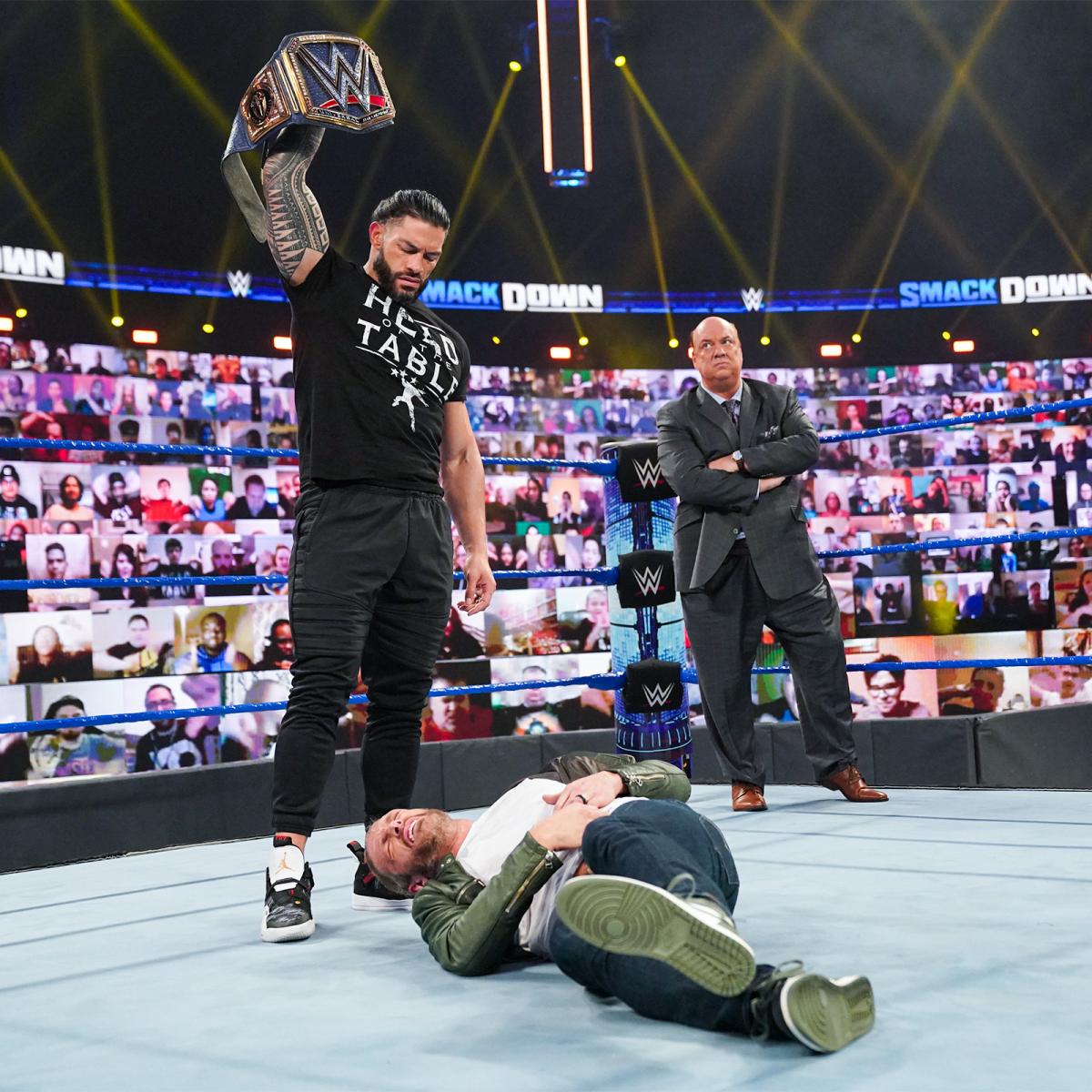 I know Edge can work a great match, and Reigns has been doing his best work lately.WrestleMania, should that happen as expected, could end up being a match of the year candidate because of their work.

This one feels like…maybe Liv Morgan and Ruby Riott? 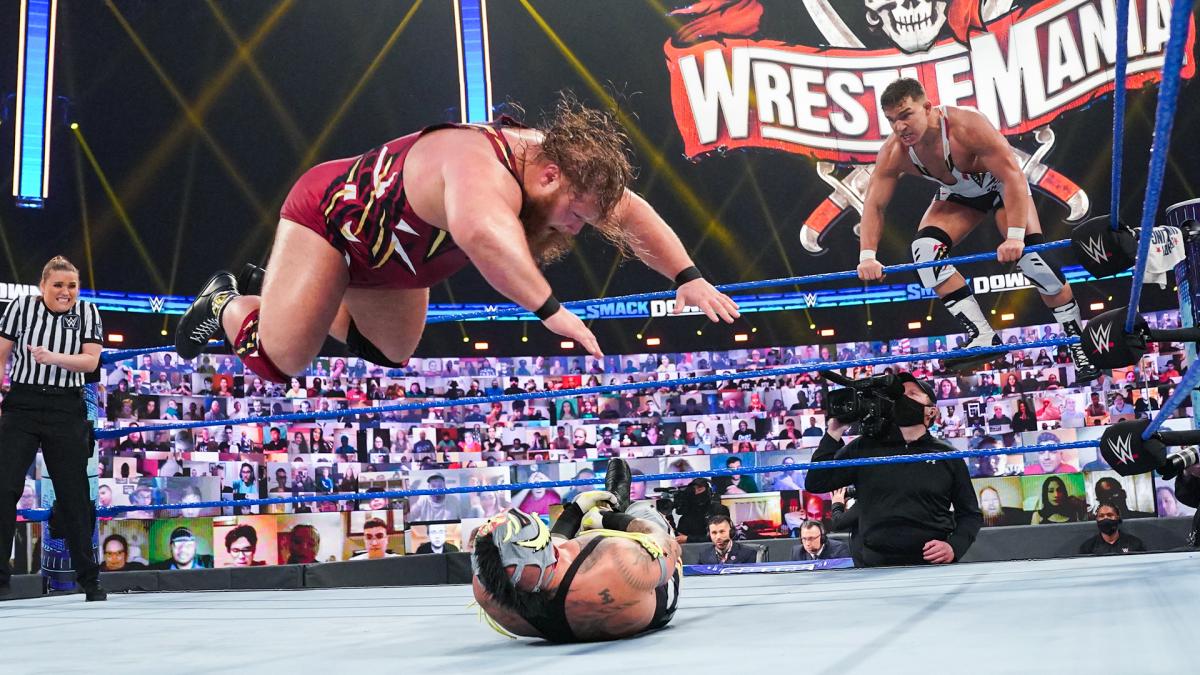 Or perhaps even the Mysterios?

In my mind, having Tamina win something feels like an upset…but I don’t know if folks would agree.

The Apollo Crews beating of Big E was pretty savage, so I will drop that one right here. 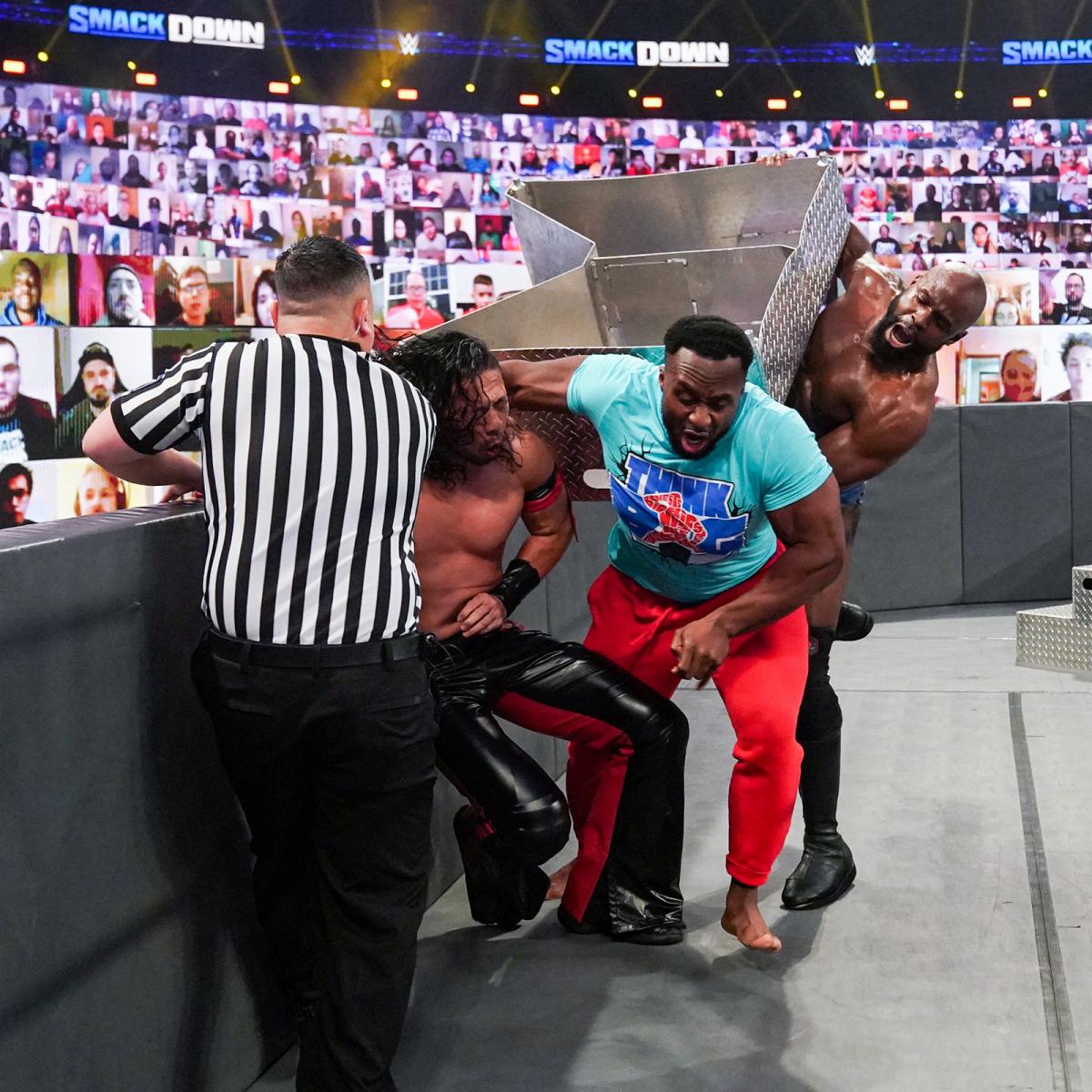 I don’t think this was the usual botch, but I do think Cesaro and Corbin had swing issues. Looked like Cesaro was thrown off from his prior swing.

For me, a couple.

One, I never thought I’d be seeing an Otis turn…or at least a possible one. 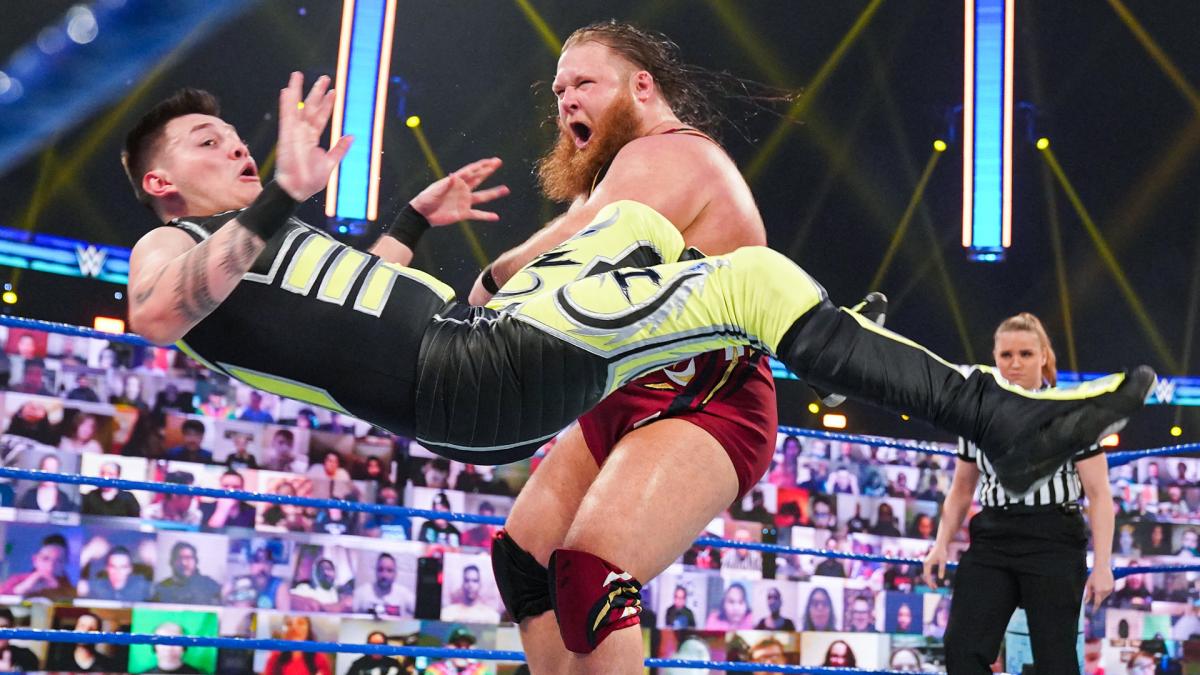 For another, I really liked the way WWE set up the Chamber-that any participant could end up facing Roman Reigns Sunday, and thus, someone different for Edge at ‘Mania.

I’d likely say that odds are Edge goes after Reigns, but if somehow Orton wins the RAW match…all bets are off.

I just don’t like spending TV time, even 2 minutes, on Tamina.

Another week, another really strong show.

I could argue that a little bit might have felt off, but overall, it was a strong show. It was also a great hype for the Chamber, which looms large, and even WrestleMania.

Really pleased with the majority of what we got out of SmackDown this week. Minor complaints about some things, but in a Nutshell, for a Nutshell, this show was solid.