With Keith Lee's no-show on RAW has placed a question mark around his Elimination Chamber status. Plus, could MVP be injured?

The WWE Elimination Chamber pay-per-view (PPV) is mere days away, and Keith Lee’s status is currently unknown. Meanwhile, was MVP injured during last night’s RAW? Details are below.

Keith Lee was noticeably missing on Monday Night RAW this week. He has been booked in the Triple Threat Match for the United States Championship at the WWE Elimination Chamber PPV.

This Sunday’s U.S. title match is set to feature Bobby Lashley versus Matt Riddle versus Lee.

It’s odd, to say the least, that Lee was missing last night. After all, he’s taking part in a major championship bout, and this was the go-home episode of the PPV. Could Lee miss the Elimination Chamber?

Lee’s Elimination Chamber Status “Up In The Air”

According to Dave Meltzer of Wrestling Observer Radio, the reason why Keith missed Monday Night RAW is unknown. He also noted that his status has not been addressed.

Meltzer stated that everything is “up in the air” currently when it comes to Lee. He also revealed that Sunday’s Elimination Chamber match for the U.S. title could be a singles one.

There’s a chance that Lashley could simply defend his championship against Matt Riddle, and that Lee would be taken out of the equation.

Here’s hoping that whatever kept Lee from RAW, won’t keep him away from the Elimination Chamber PPV on Sunday.

Speaking of Lashley, reports indicate that the leader of the hurt business, MVP could have suffered an injury on RAW last night.

MVP took a hard bump during this week’s Monday Night RAW. According to Wrestling Observer Radio’s Dave Meltzer, it looked as if he could have blown his knee out. 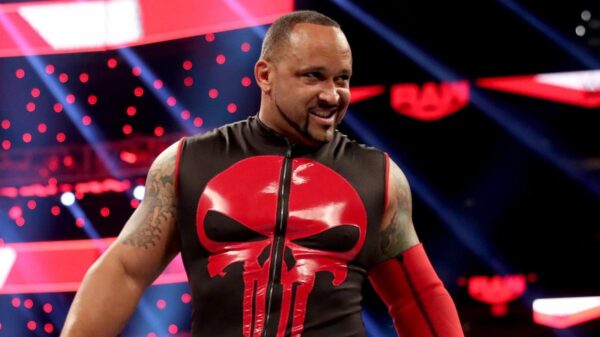 It also seemed as if MVP needed help to get to the back when the camera went off.

Meltzer noted that MVP may have taken a bump off the apron during the match. He did seem to be limping at some point during the bout.

Dave also compared it to a time when Kevin Nash tore his quad, noting that it looked similar. It was like one moment MVP was taking steps and then the next he couldn’t.

Meltzer added that he wasn’t sure if MVP’s knee when out, or what the extent of his injury could be. It was clear that he was hurt and perhaps uncomfortable. Could this be serious or just a tweak? It’s hard to say.

Here’s hoping that MVP didn’t suffer anything too serious. He tends to stay outside of in-ring activities but does play a significant role within the Hurt Business storylines. The faction is on fire right now.

Still, the WWE and fans are on the Road to WrestleMania. Even a managerial role can be placed in jeopardy when talent is injured and needs extensive rehab.

While he’s not booked for a match at the WWE Elimination Chamber, he is slated to be by Lashley’s side during the U.S. title match this Sunday.

No official word yet on MVP’s status. WNZ will continue to update fans as more information comes in on this story.