SmackDown In A Nutshell: Blue Brand Gets A Chamber Too

Oh yes it's Friday Night! SmackDown In A Nutshell time! And this week, guess what!? The blue brand is getting a chamber match too!

We conclude another wrestling week with another SmackDown In A Nutshell…and this week, the blue brand gets a chamber too!

As in, an Elimination Chamber match, of course.

RAW kicked things off with their own Chamber announcement at the beginning of the week. It makes sense then that the blue brand gets a Chamber too.

Now, what we are still waiting to learn is whether we will have even more Chamber matches. After all, we could see the women get one (at least), so stay tuned.

As for what else is in store? Well, Seth Rollins makes his advertised SmackDown return, so there’s that.

Neither Edge nor Bianca Belair have made their WrestleMania decisions either. So…we wait with great anticipation for them to decide.

See, there’s a lot going on in just this two hour SmackDown, isn’t there?

That’s why we love our SmackDown In A Nutshells!

SmackDown In A Nutshell: Blue Brand Gets A Chamber Too 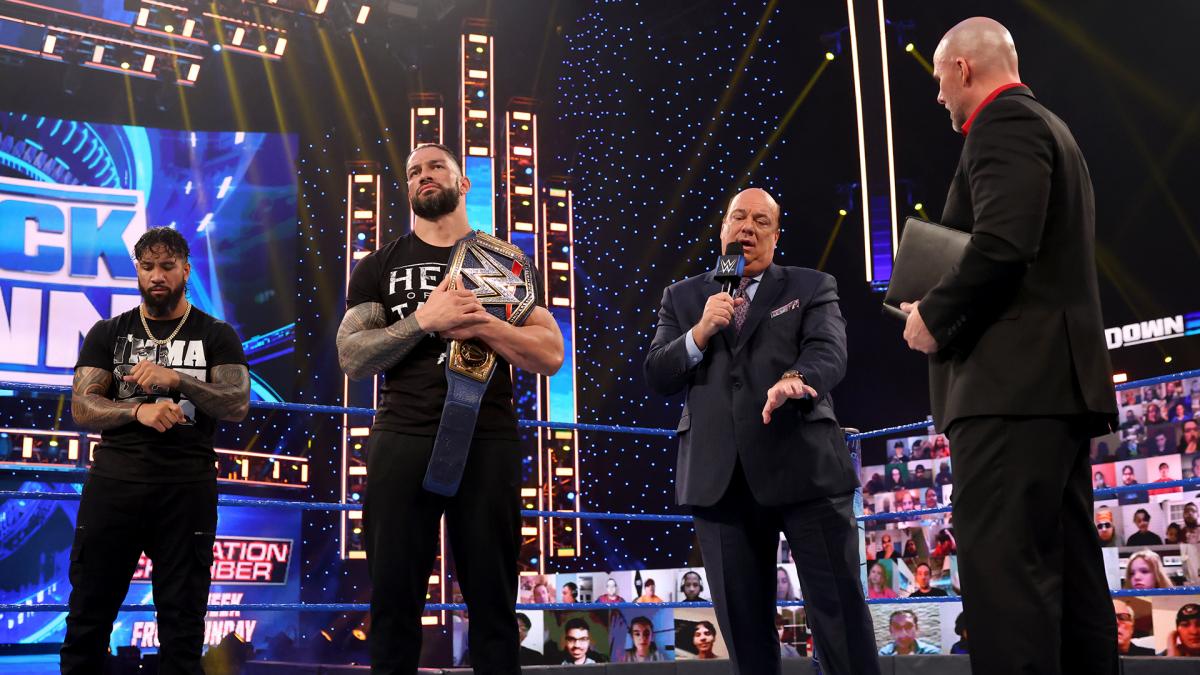 Let’s get into the fun stuff!

Oh man…this is a tough choice…because we had a few good ones.

I’d say I will take Cesaro and Daniel Bryan versus Roode and Ziggler…but I am not against being convinced to change my mind, either. 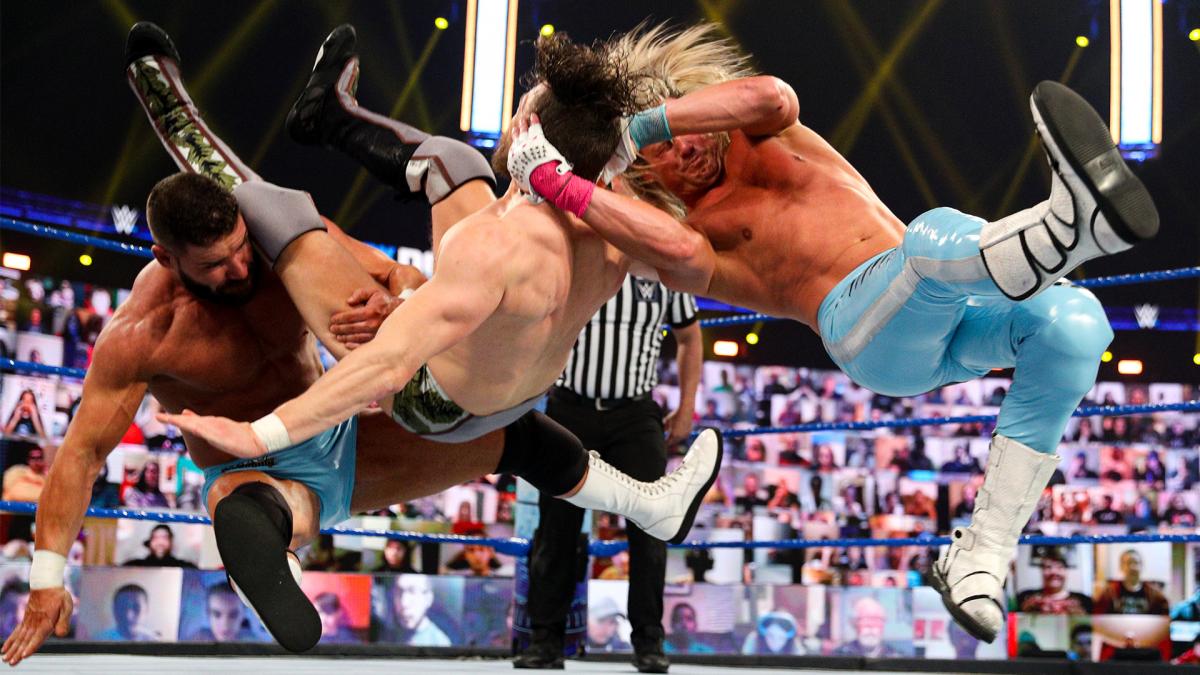 It’s nice to have a show that was that good, where we have actual options for best match.

On the flip side, when you have a really strong show…it’s hard to pin this label on a match.

So, for the first time in what feels like a long time…nothing gets this spot.

Another hallmark of a strong show? Lots of options for the star of the night.

Adam Pearce is doing perhaps underrated work in the Reigns-Heyman program. But collectively, that whole program continues to impress every week. 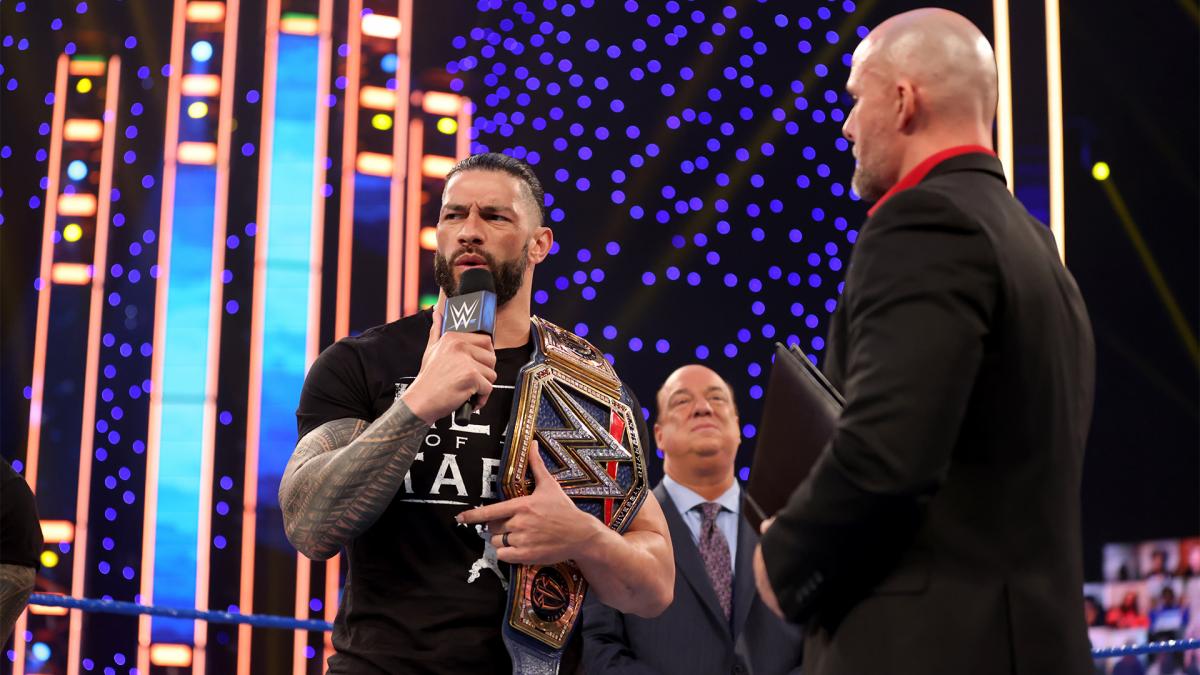 Love what we got from a returning Seth Rollins.

Ditto Kevin Owens. Just when you thought that he was done, he’s coming back just as hard at Reigns as ever before.

Spots, really. Owens had a stunner-fest to close the show. 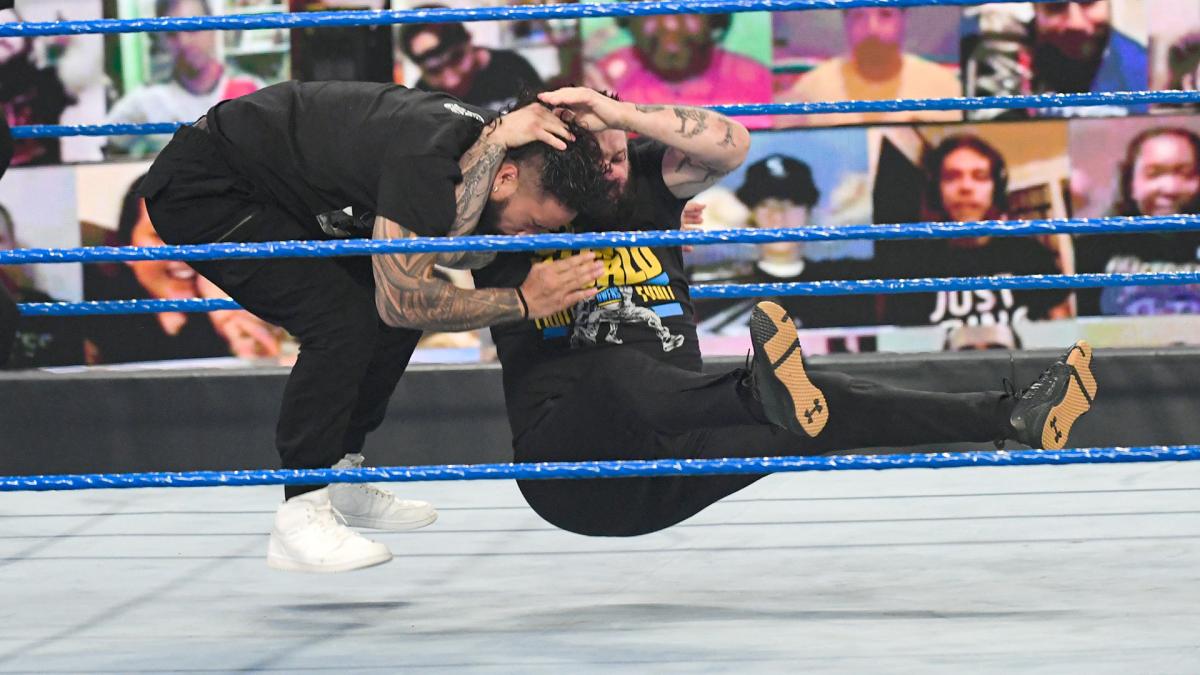 Was fun to watch. Not sure if it was quite Stone Cold kind of fun…but I am not against more of it.

Not sure this one can really qualify…but we did fully have a heel turn this evening.

I think we all knew it was coming…but Apollo Crews turned on Big E. 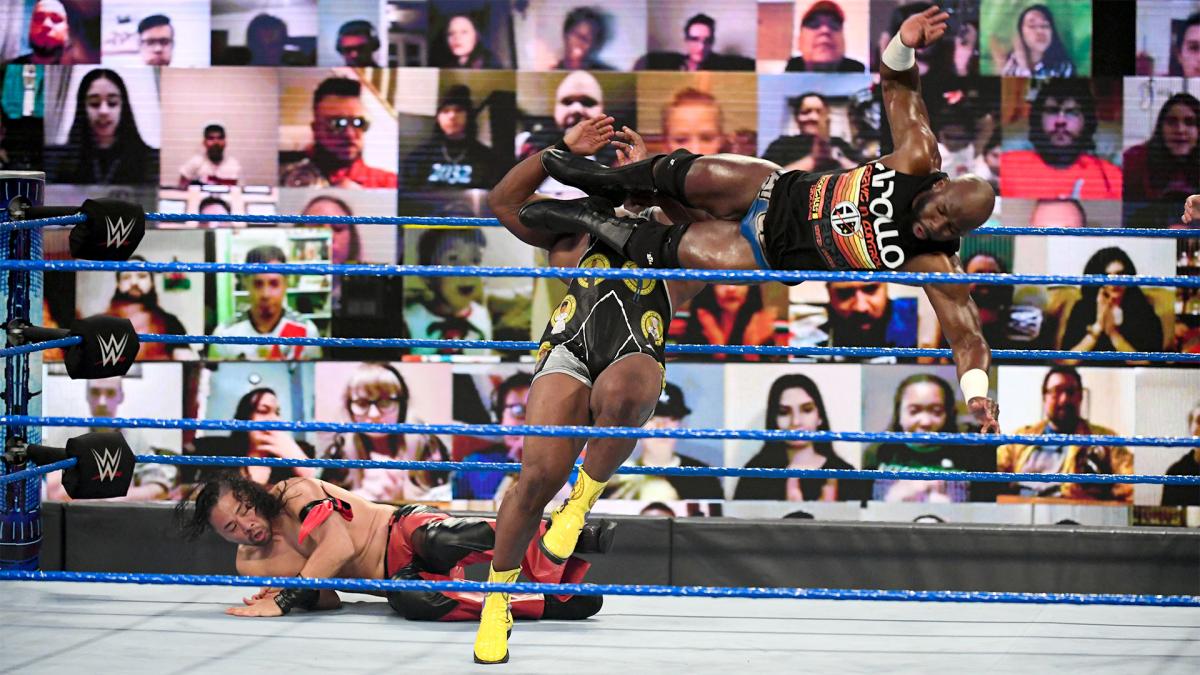 Downside is, we get more of Crews and Big E, just when perhaps we thought that Big E could feud against someone new. Upside though is, Crews as a heel is somewhat new…so that’s not terrible.

Another week, another round of Nia Jax landing on and hurting her hole. 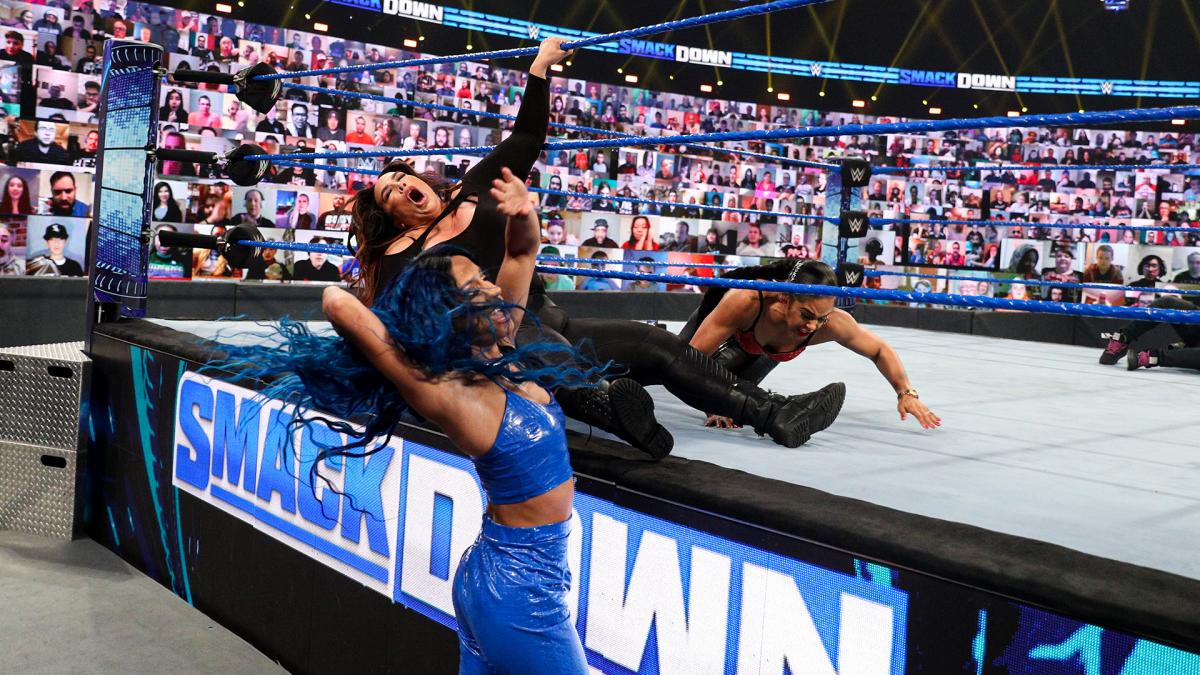 If you don’t know what I mean…please check out some clips somewhere on the net. I think WWE censored it by now…but I am sure it still exists!

Well, the men’s chamber match getting set up, for one.

Reigns isn’t defending in it, however. Instead, we are apparently going to see the winner challenge Reigns right after.

Like…talk about Champion’s Advantage? Can’t get much better than getting to fight your #1 contender immediately after surviving the Chamber.

Taking the big picture approach here…I really can’t find much to be down on.

Pearce, Reigns, Heyman and Uso? All putting in some exceptional work.

Seth Rollins is back, and it’s not hard to imagine him and Cesaro having some classics in the near future. 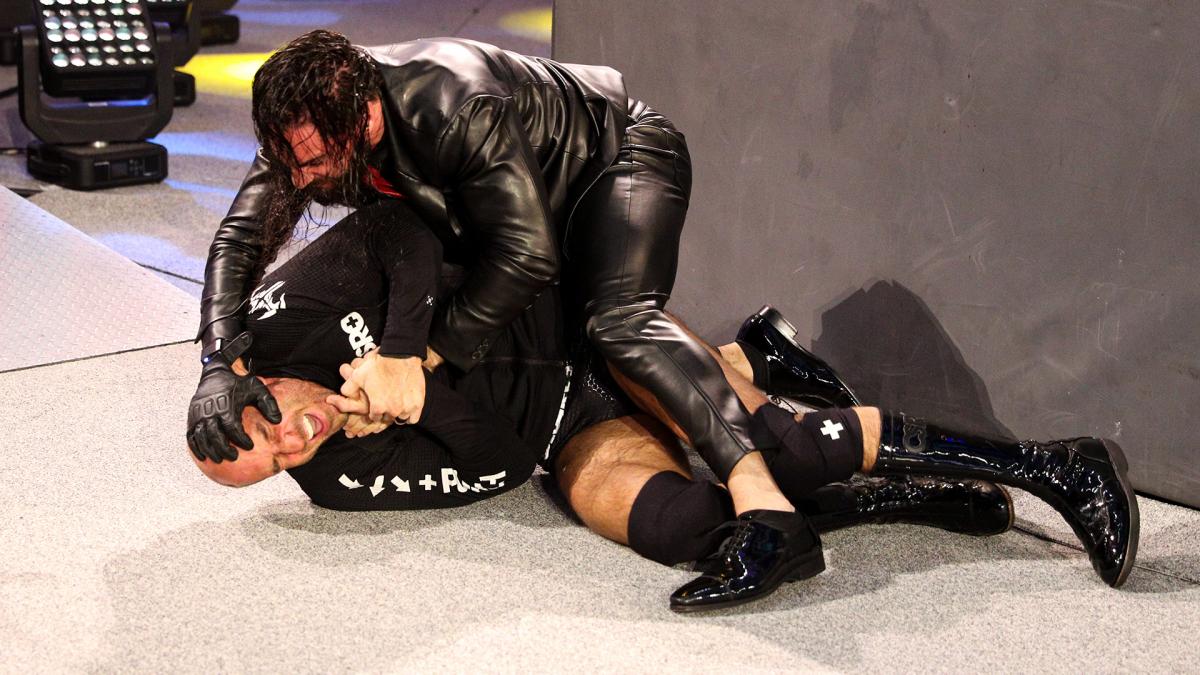 I’d say WWE, and the blue brand, picked a strong way to wrap up the week. Honestly one of the better SmackDown shows in a while, so we shall see how that translates to ratings and whatnot.

Regardless, I think it was a strong show that continued to set the table for both the rapidly approaching Elimination Chamber, plus the shows beyond that too (like, you know, WrestleMania…).

It was a very enjoyable Friday evening.