It's RAW In A Nutshell, and this week WWE's red brand gets to show off its new Superstars as it kicks off another new season!

It’s another Monday, starting off as usual with RAW In A Nutshell! This week, it’s a bunch of new Superstars , kicking off a new season of RAW.

Now, I am not much of one for the notion of a season premiere for a show that never really stops…but it is what it is. With the premiere in mind, the brands have aimed to up their games.

This week on RAW, we have a few either big or intriguing matches for this new season.

We can expect to see Retribution, and perhaps hear from Mustafa Ali as well. That faction will face the Hurt Business.

And how’s this for a colossal match: Braun Strowman once again tangles with Keith Lee.

On top of that, with the Superstar Draft now a week in the past, it’s time to get the new Superstars involved.

With new names on RAW like New Day, Sheamus and The Fiend, to name just a few, the new season of RAW promises to get started with a bang.

Hell In A Cell happens Sunday, but for now?

So, we had some good action, but I dare say none quite hit the great range. 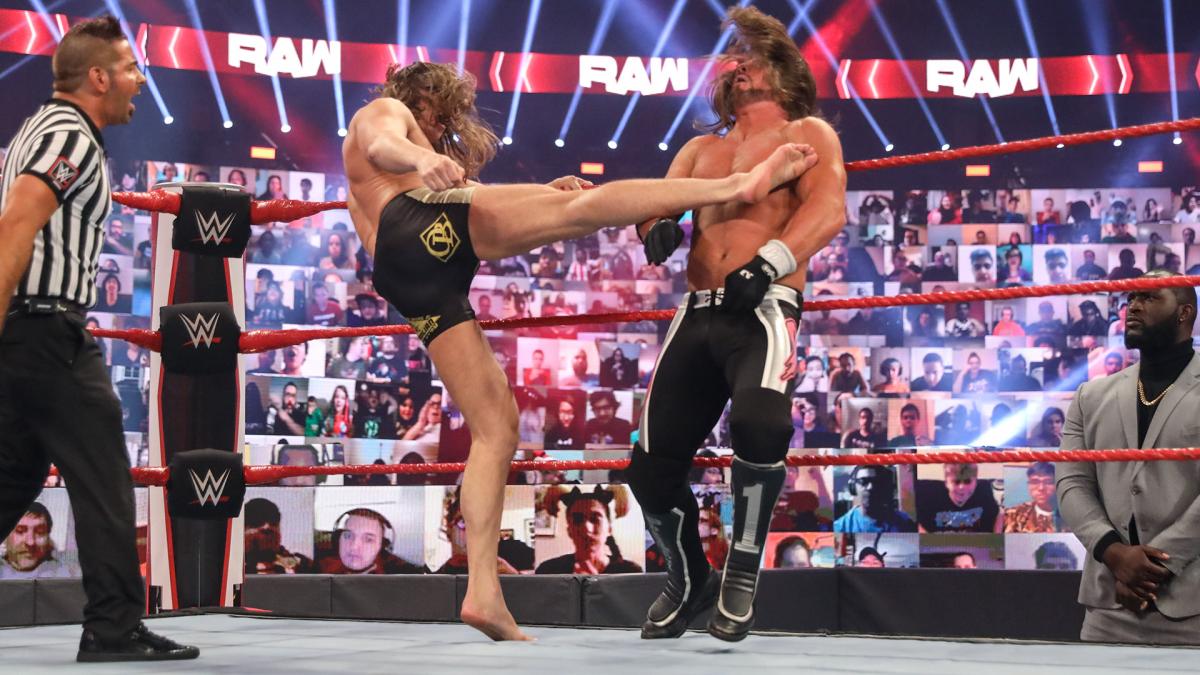 Like, AJ Styles and Matt Riddle? That was good, but I think the new bodyguard overshadowed things (former RAW Underground bouncer Jordan Omogbehin). 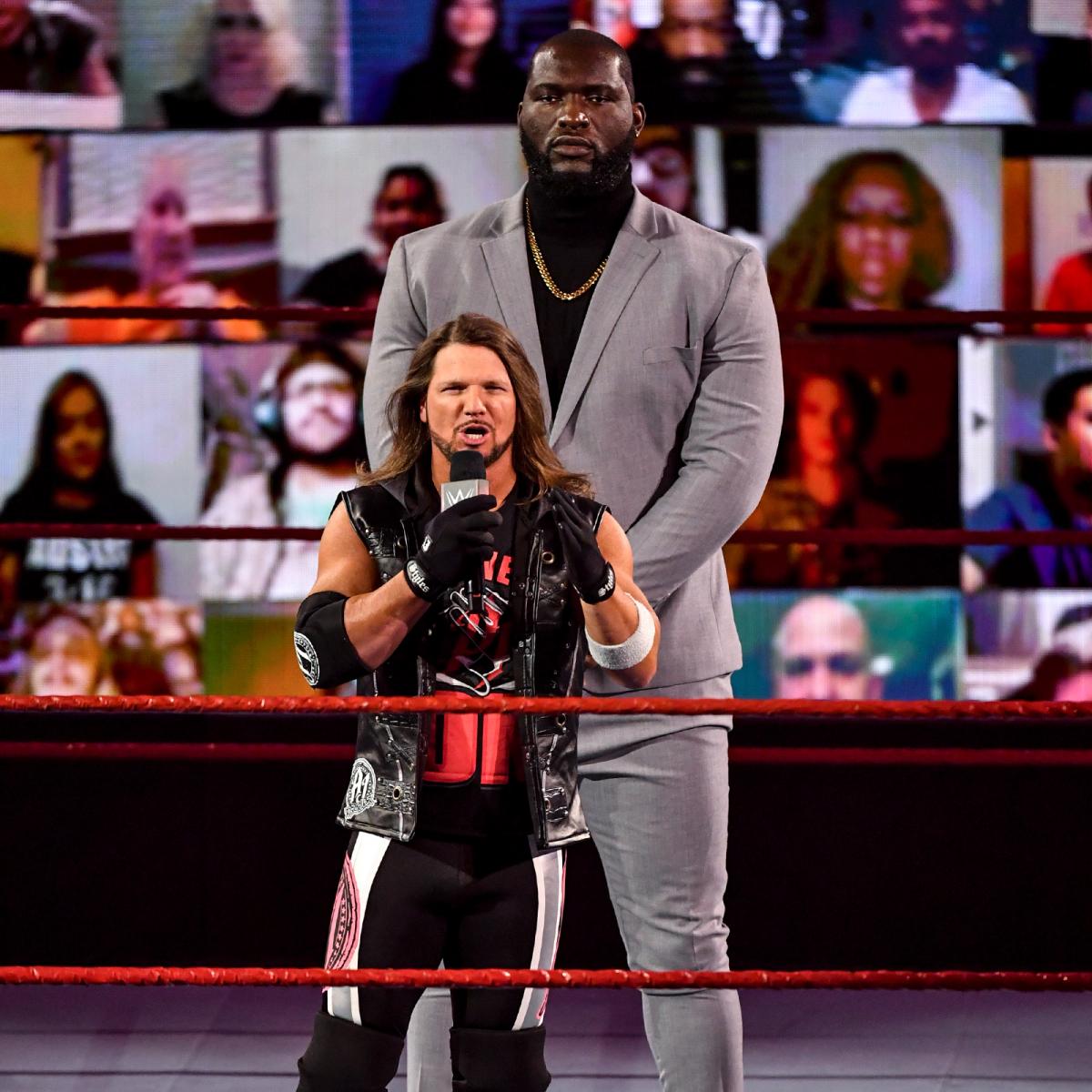 Asuka versus Lana. It may be a slowly developing thing, but for now that huge push isn’t off to a great start. 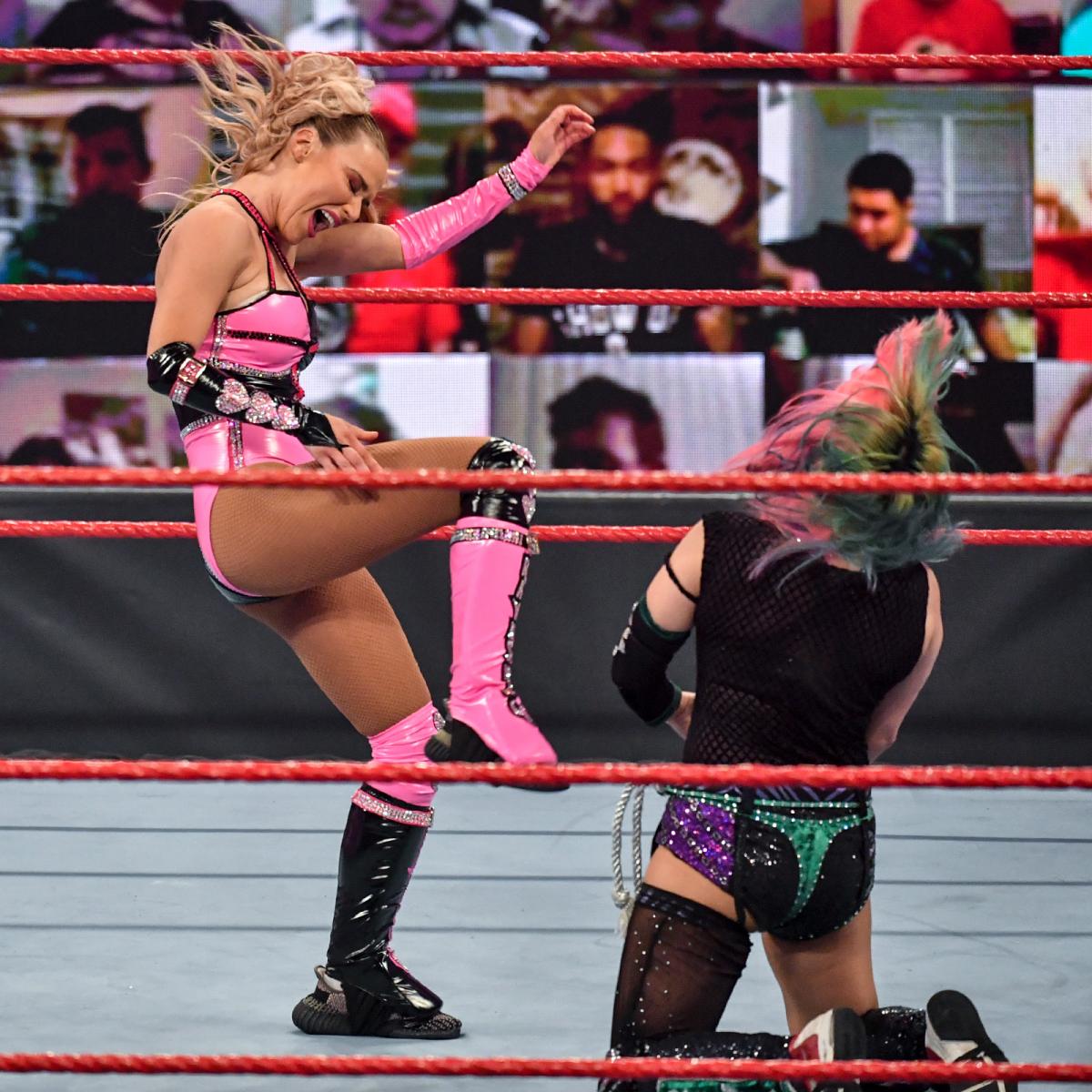 Elias was back in a big way, so I’d give him a nod. Also, hard not to be impressed with another strong Orton promo…but the nod here is for Elias. 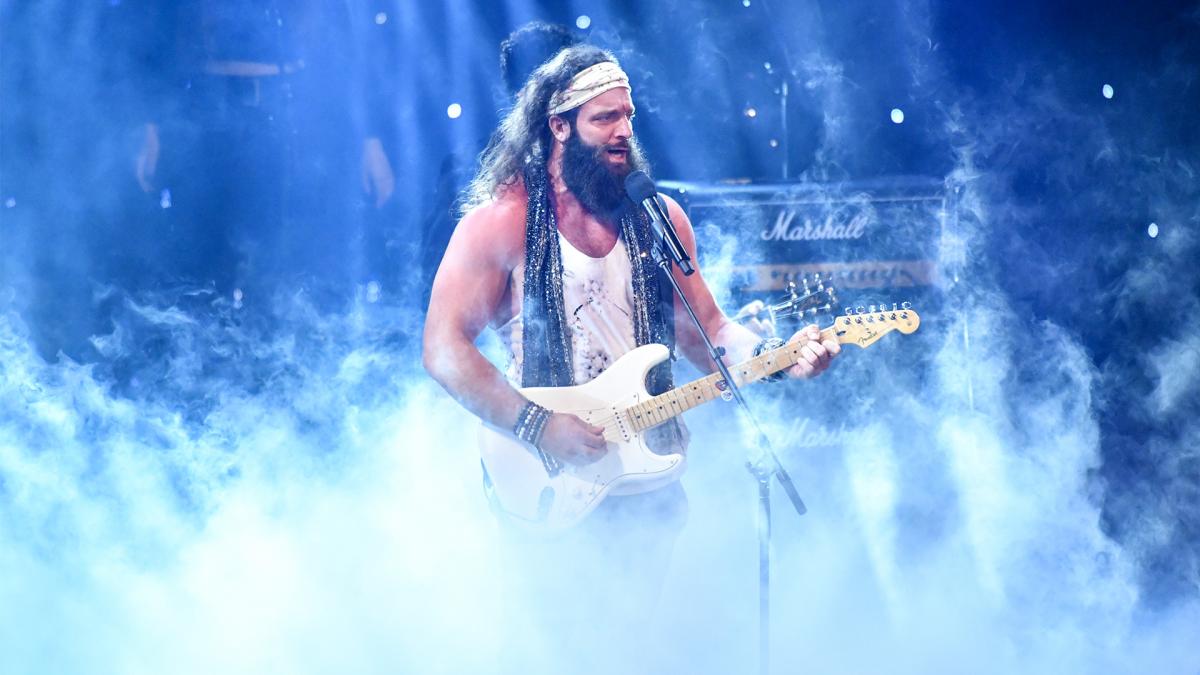 Another week…ANOTHER chance for Nia Jax to put Lana through the table.

Sure, we all hate the insanely terrible masks and even worse nicknames they got saddled with. But still, given all this hype, you’d think they would dominate for a bit, no? 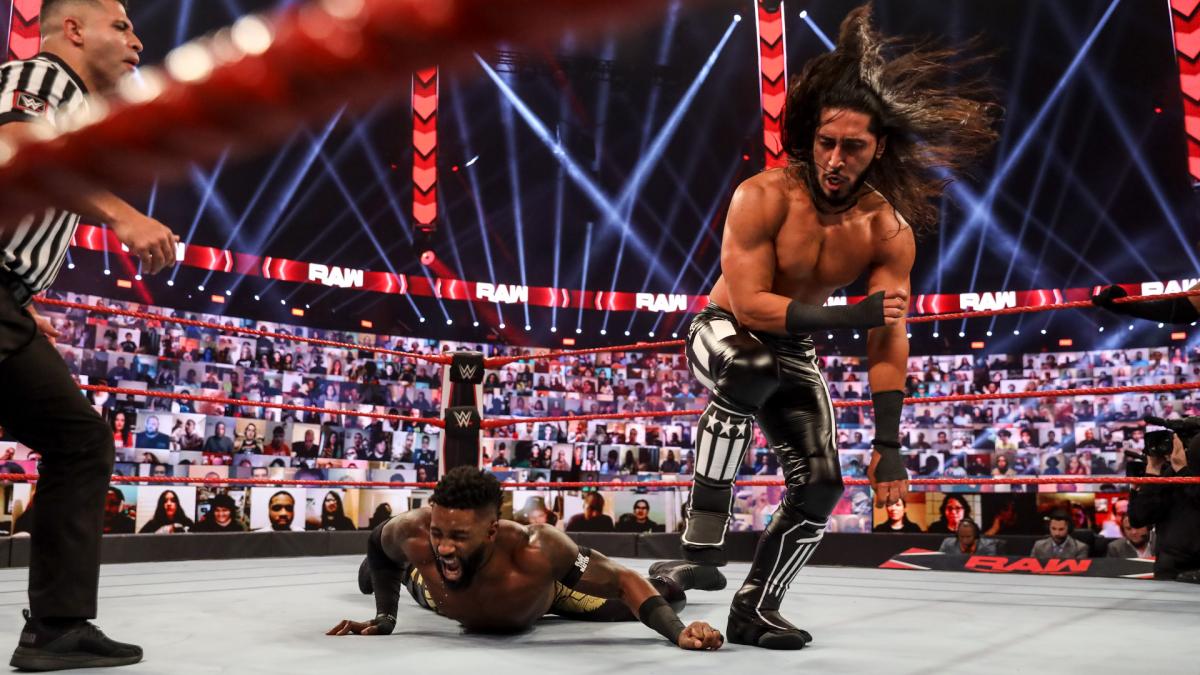 Nope. Not even a couple weeks of matches.

8 man tag match tonight and they lose clean. On top of that, The Fiend came back out to avenge their menacing of both he and Alexa Bliss earlier.

And avenge The Fiend did, taking out all four men BY HIMSELF. 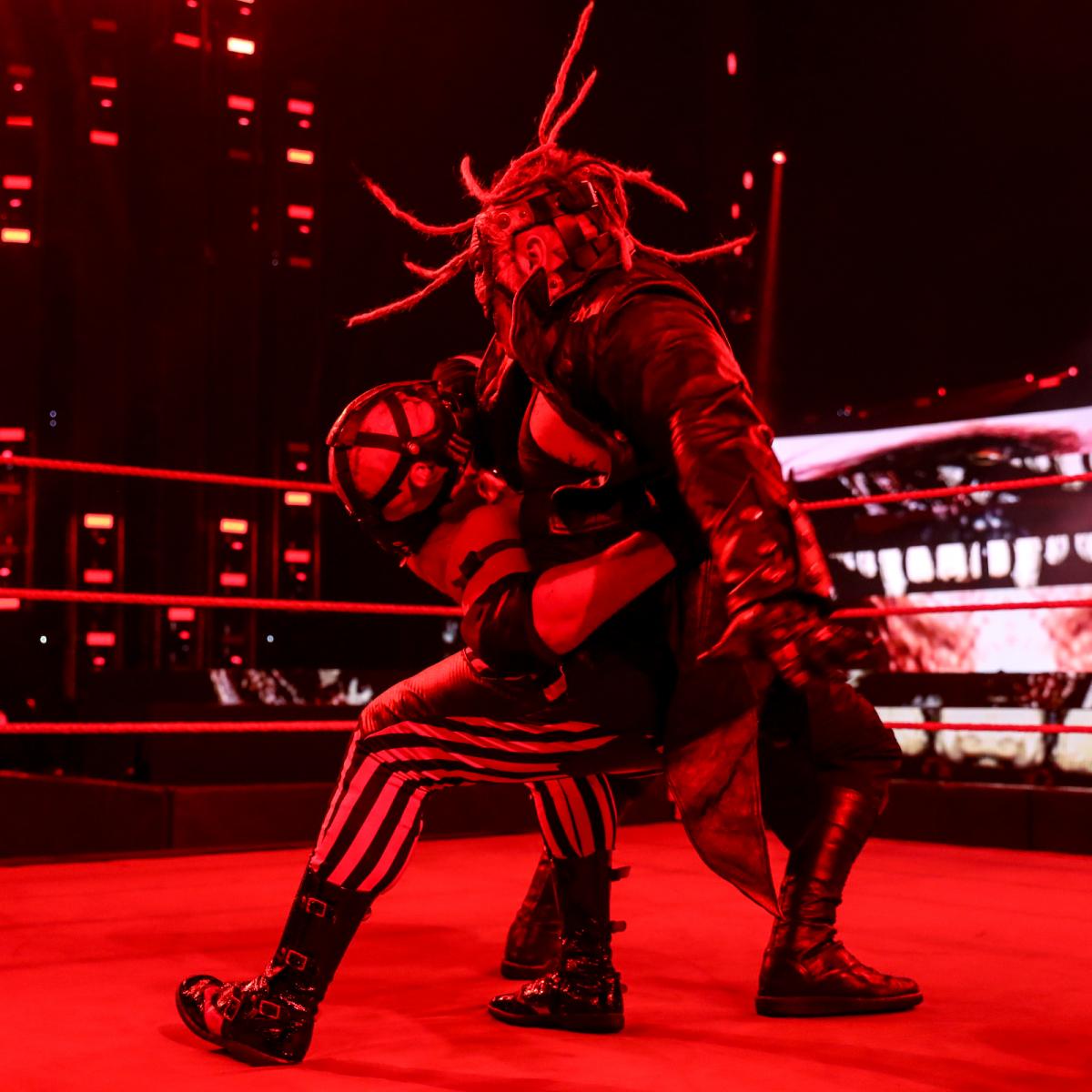 Sure, WWE gave Mustafa Ali some time to talk later…but he was still part of the JOB Squad to kick off the show.

Retribution got jobbed out? 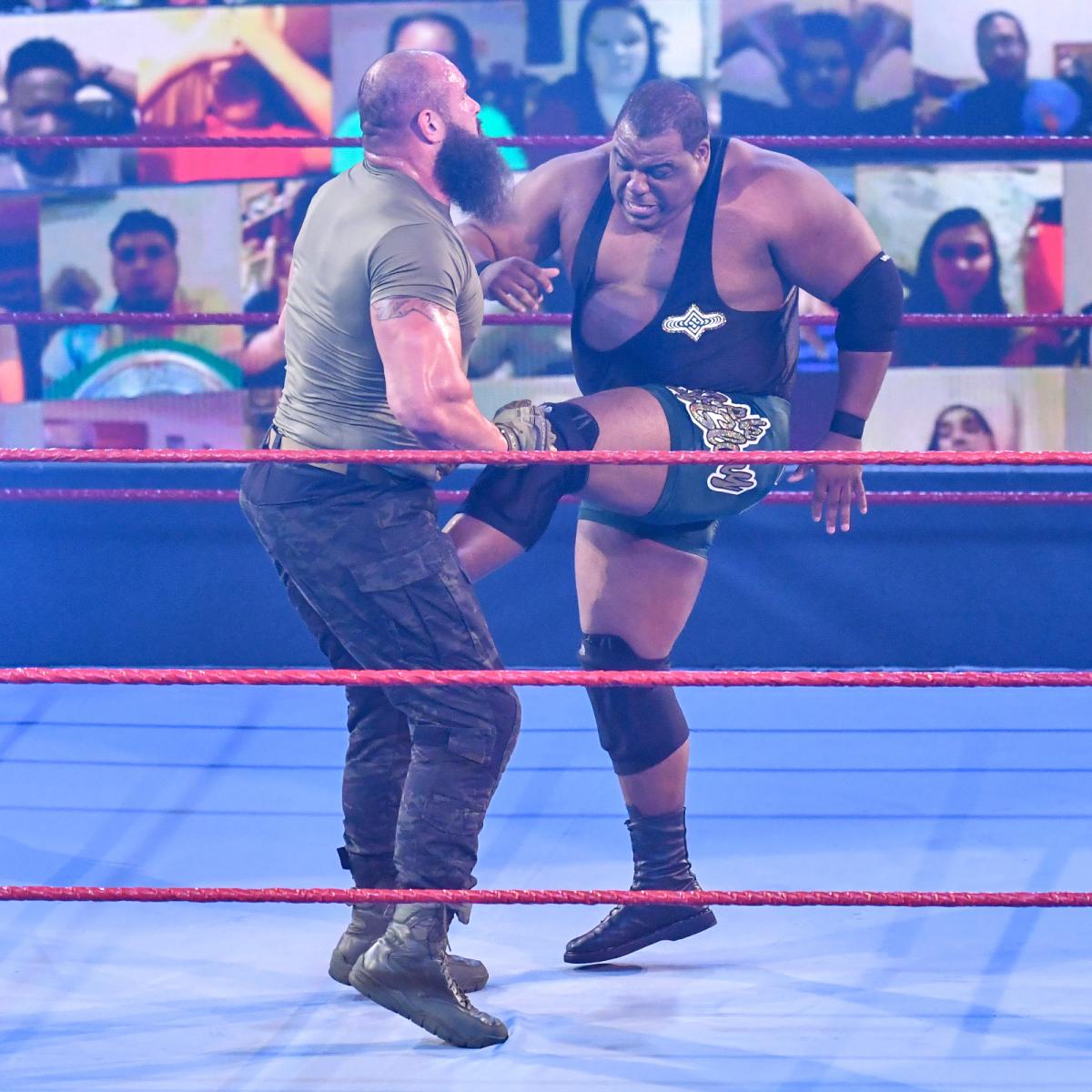 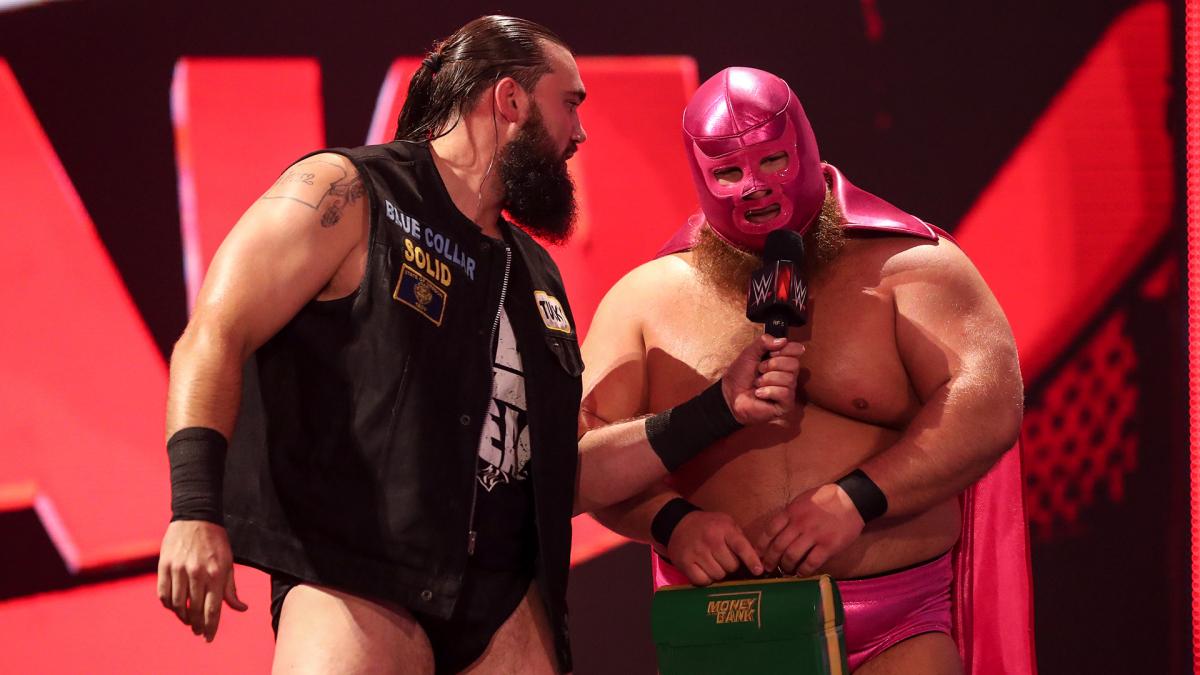 Elias had some issues getting the title of his album out. New season, new Superstars, new kinks to work out I suppose? 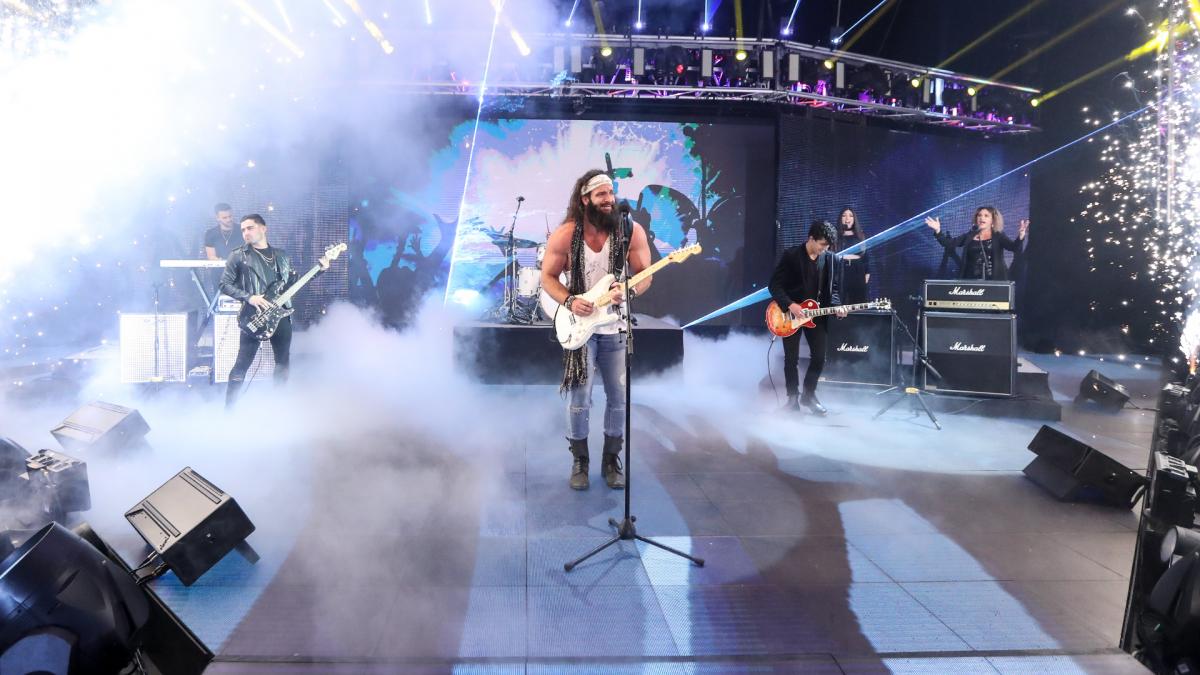 Retribution got stuck with bad masks and bad nicknames…but seeing as how everyone knows who is who, why bother keeping the masks?

Especially when they don’t stay on or in place, because EVERY time we see them work, they are holding on to, or adjusting those masks.

If they have to do that…perhaps ditch them?

Well, I guess Ali fessing up that he was the hacker?

I mean, we all knew he was…it was the worst kept secret. Even when it seemed like WWE was going to sweep the hacker storyline away.

But, Mustafa Ali flat out said he was that person. I mean, it was AFTER Retribution lost a match and got taken out by a single Superstar after the fact.

Some booking I may never understand. Like, Retribution is supposed to be this big new heel faction, right?

So then, why would they lose their very first big tag match on RAW? No issues, not a dirty finish…straight up clean tap out.

Now, if that wasn’t enough, after weeks of Retribution running all over mostly RAW Superstars…The Fiend takes them all out? 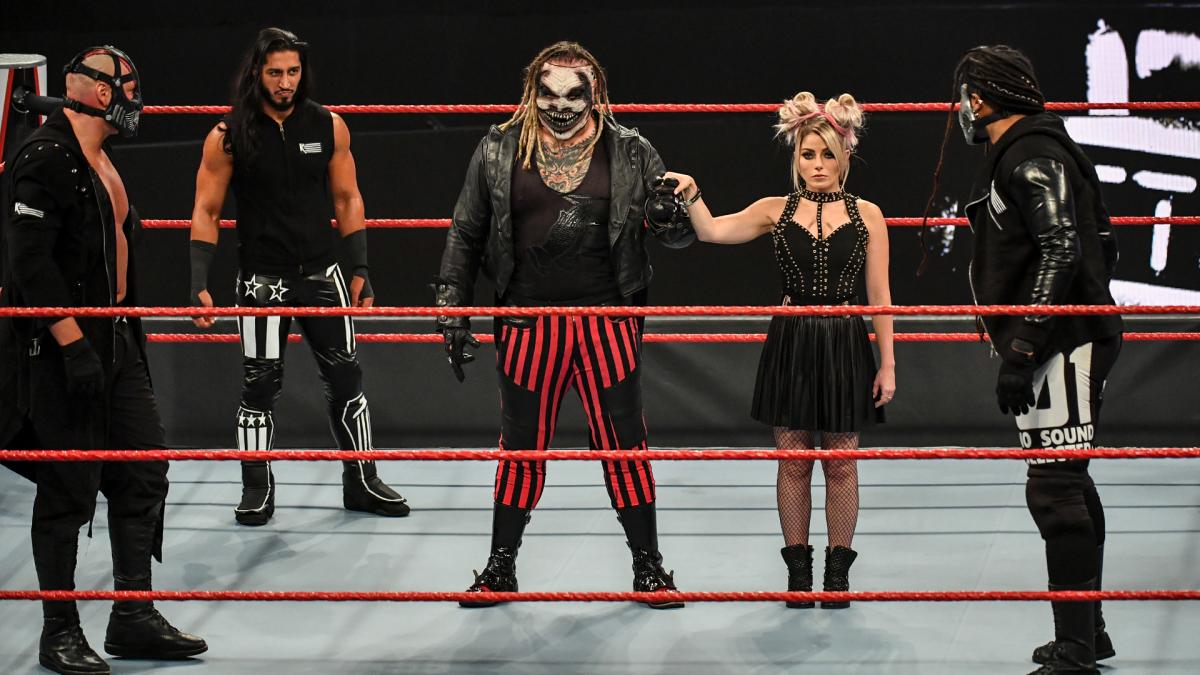 Like, sure, Bray Wyatt is a top RAW draft pick, and you want him built up…but did you really want to do it using Retribution as jobbers?

A new season for RAW did give us some decent action…

As much as I disliked the booking I just mentioned…I did enjoy seeing The Fiend do his thing. I just would have preferred it happen against someone other than a perceived top heel stable.

Keith Lee and Braun Strowman continues to tease, and that is certainly not a bad thing (in my opinion, anyways).

Even though I enjoyed face Elias, and we got heel Elias…I am happy to get Elias back either way. 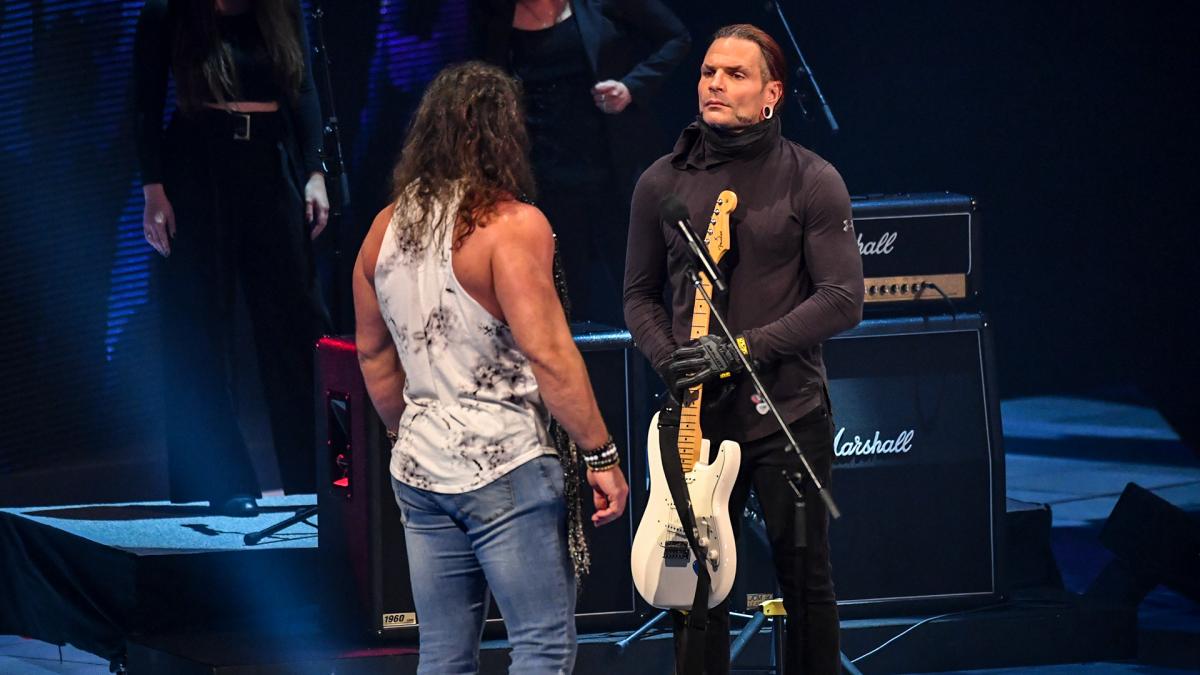 I may have hated the cliffhanger to close, but Orton did deliver another really good promo…

Awesome promo by @RandyOrton, talking about the past. I love @DMcIntyreWWE having a plan with the Bolt Cutter & nice cliffhanger of them going at it as #WWERAW went off the air. #DBWL

A quick check of social media will tell you that some fans loved the show, and some fans hated it. I can see both sides.

The decision making process tonight has been awful #WWERaw

Honestly thought #WWERAW was pretty good. Some ups and downs but overall really enjoyable! Did you guys enjoy it?? #WrestlingCommunity