Former Champion Melina will be returning soon. Speaking of surprises, there was a surprise appearance in the new WWE game.

A former WWE Champion is returning soon, and there was a surprise appearance in the new WWE video game.

WWE is always on the lookout to bring back talents. With that in mind, a former WWE Champion is returning soon.

Soon, as in very soon. Like, expect this return in the next week, though where and when remain unclear. 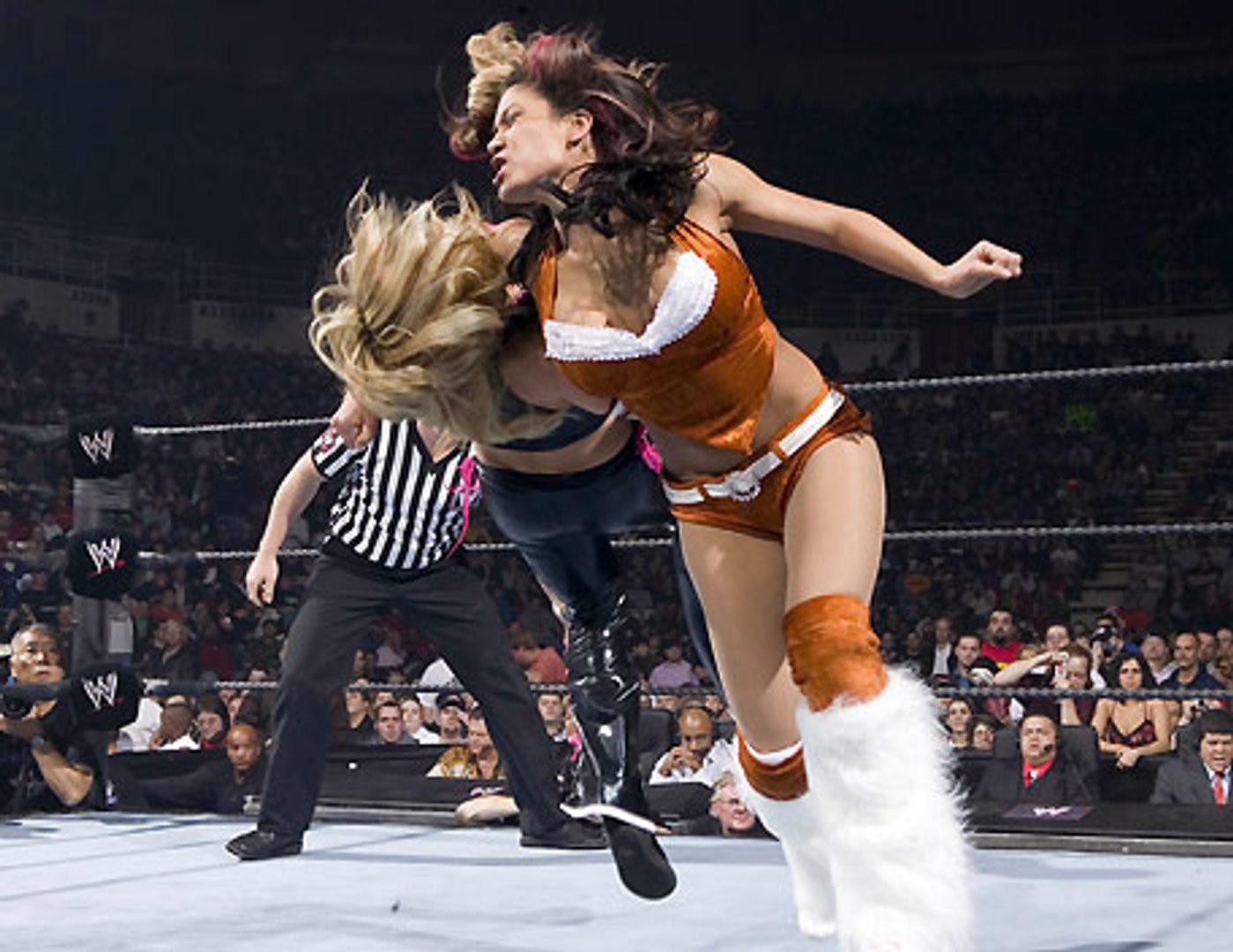 The who? That’s the bigger surprise.

PWInsider has reported that WWE has agreed to terms with former WWE Women’s and Diva’s Champion Melina.

According to the report, she is expected to show up within a week, with a home yet to be determined.

It will be curious to see if WWE looks to link her to former running mate John Morrison. Morrison is tagging with The Miz on SmackDown.

WWE has been trying to bring Melina back to the company for some time now.

Most recently, it was noted that WWE reached out to the former WWE Champion for a slot in the 2020 Women’s Royal Rumble.

However, due to her contract status with NWA, that appearance could not happen. Now, however, Melina is free and clear and set to be returning soon.

The timing is probably pretty good, all things considered. WWE has lost some depth in it’s Women’s Divisions recently.

Notably, huge stars Charlotte and Becky Lynch are both off television for extended periods.

Lynch is expecting her first child in December, and she has no return date planned. Charlotte took time off for surgery, and her return is up in the air.

WWE also saw Kairi Sane step away and head back to Japan recently. All that shuffling means there is room for a returning champion to have an immediate impact.

Speaking of the WWE Women’s Division…there was a surprise appearance in the new WWE game.

In the upcoming WWE Battlegrounds, it was reported that you could see former NXT Superstar (and current free agent) Tessa Blanchard in the game. 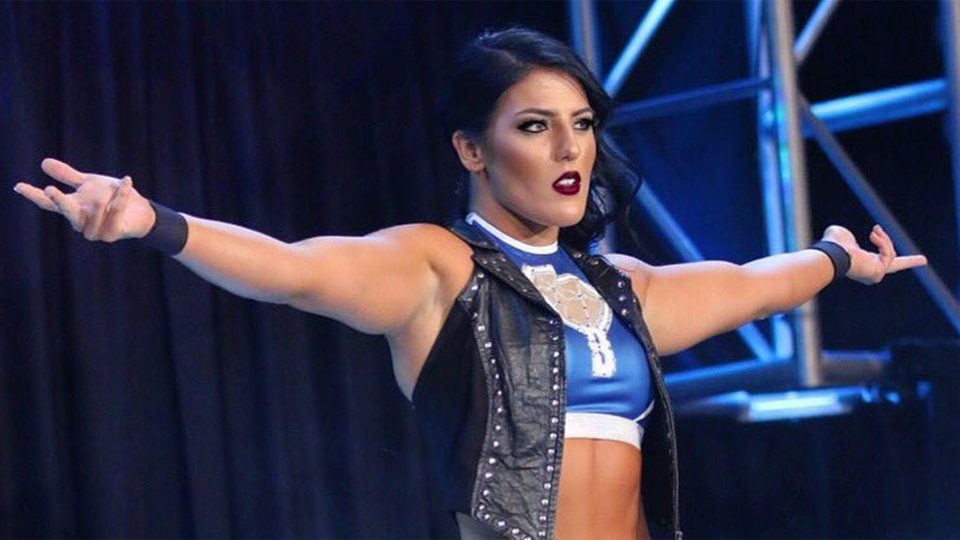 This is an interesting development. Once Tessa was released from Impact, it was reported that WWE had interest in bringing Blanchard back to WWE.

To be fair, the image was not explicitly and obviously Tessa Blanchard. The silhouette does bear a resemblance to a pose she struck for a photo, which was noticed by numerous people.

Hey @WWEgames you wanna tell me why you took my photo without my permission to use it in your game? https://t.co/xgGoFRzoUW

So, while her curious appearance in Battlegrounds could have just been someone hoping for the best, it may not have meant too much.

Is it possible that, at some point during development, WWE thought they would be signing Tessa and wanted to include her in the game? Sure.

Is it more likely that someone working on the game caught wind of the possible signing and took some liberties with the artwork? I think so.

For one, looking at it I did not immediately see a clear and unmistakable resemblance. Not saying it’s not her, but not saying it has to be her either.

For another, it does not seem like something WWE would do for someone of Tessa’s level. While she enjoyed great success in Impact, she didn’t do much in NXT.

It’s not like it was a hidden Hulk Hogan or a Superstar of legendary status.

Considering how long it took WWE to get some of the younger Superstars into video games, I’d say it’s extremely unlikely the company would have gone out of it’s way to sneak in a veiled reference to a free agent.