Roman Reigns A Heel? + Naomi Getting A Push After Fan Backlash

Roman Reigns has undergone a huge change by becoming a Paul Heyman Guy and apparently turning heel. Also, Naomi is finally getting a push.

Roman Reigns is now a Paul Heyman Guy and finally a heel to match. Also, Naomi is getting a renewed push after months of fans expressing their disappointment in WWE.

SmackDown concluded in a big way and it had nothing to do with action inside the ring. The closing segment saw Roman Reigns sign his Payback contract, which also featured Paul Heyman.

Apparently, Reigns is the newest ‘Paul Heyman Guy’ and he will be working as a heel according to PWInsider. They continued how the idea is Reigns will be the top heel on SmackDown going forward.

The decision is shocking considering how WWE has made Reigns their top face for about six years.

Up until last Sunday’s SummerSlam, Reigns has been absent from TV due to concerns over COVID-19 and his health. He returned after the main event to destroy Braun Strowman and new Universal Champion “The Fiend” Bray Wyatt.

The idea is Strowman will remain a heel on SmackDown, while “The Fiend” becomes the top face. In the matter of a week, the entire landscape of SmackDown has been shaken-up.

Minus a quick appearance at Money in the Bank, Heyman has not been seen on TV. In his time away, Heyman was removed as the Executive Director of RAW.

For the better part of the last decade, Heyman has been the advocate for Brock Lesnar. With current travel restrictions, Lesnar is unable to appear on TV as he lives in Canada.

There is no word on how Lesnar will play into the change. For years, Lesnar and Reigns feuded with Heyman standing beside “The Beast.”

Tomorrow’s Payback will see Universal Champion “The Fiend” take on Reigns and Strowman in a No Disqualification Triple Threat Match. How that plays out might give fans a better idea of what direction WWE is headed.

After SmackDown concluded, both Reigns and Heyman were trending on Twitter. Add in how the show reportedly did good overnight numbers and WWE is on to something big.

Build Roman Reigns as a badass heel running through everyone.

Build Big E slowly but surely as a strong, feisty babyface who can go.

Have them collide at WrestleMania.

And have them feud with the New Day pic.twitter.com/pelmfL8mBf

YES!!! Roman Reigns & Paul Heyman?! Like with Cena, I never thought they’d pull the trigger on a Big Dog heel run. Huge game changer & should be the most creatively exciting time of Roman’s career. Paul’s known Roman all his life! Huge money in this: not a prediction, a spoiler! pic.twitter.com/kjyu1rqHaO

Hey Bray, you can go and retire right now. The Fiend is dead

Roman Reigns is TURNING HEEL and is now a client of PAUL HEYMAN.#WWE just broke the goddamn internet tonight after #SmackDown

Naomi Getting A Push After Fan Backlash 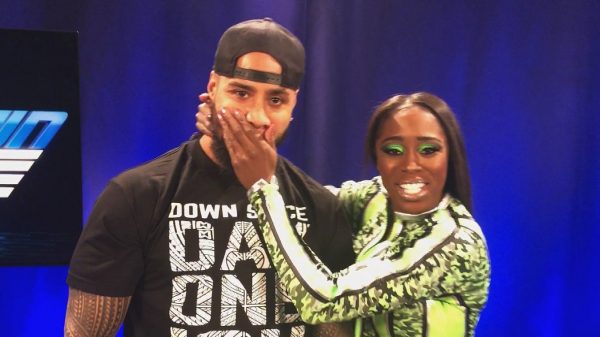 One of the longest tenured female superstars is Naomi, who is rarely booked in the right way. This has caused fans to have #NaomiDeservesBetter trend several times in recent months.

Now, WWE is finally listening to their fans and plan on giving her a renewed push in the following weeks. PWInsider noted how WWE heard criticism from fans “loud and clear.”

With Payback already booked, the push could start as early as next week. Naomi last appeared on August 21, losing early in the Beat The Clock Match.

In the past, Naomi has been SmackDown Women’s Champion, but little came from both reigns. Now, with better booking, Naomi has the chance to stick around in the title scene.

For a year now, Bayley has done a tremendous job of portraying SmackDown’s top female heel. She seems destined for a feud with her best friend Sasha Banks, which could start if they lose their tag titles at Payback.