Even when you are a hot free agent, going to the WWE might not be the best course of action. Just look at what happened to these 10 wrestlers!

Even if you are a hot free agent in the world of wrestling, WWE can ruin your career in a heartbeat. Unfortunately, this was the case for the following 10 wrestlers. 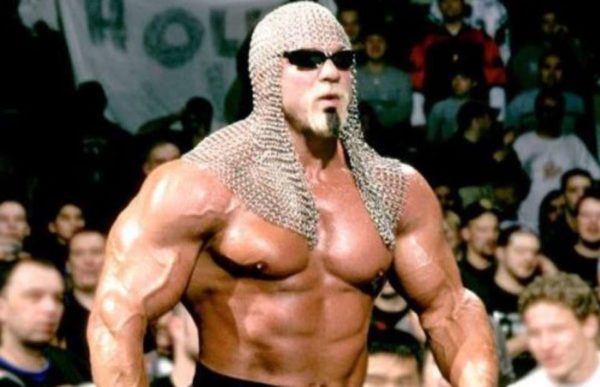 Everybody expected great things for Scott Steiner when he was signed by WWE. After all, the man was the hottest free agent at the time.

While Scott Steiner received a massive WWE debut in 2002, he did not go much further than that.

Shortly after arriving, he feuded with the top guy in the company Triple H. Unfortunately, the matches were nothing to write home about.

The blame for the bad matches were put on Scott Steiner. Evidently, WWE pretty much buried him after that. 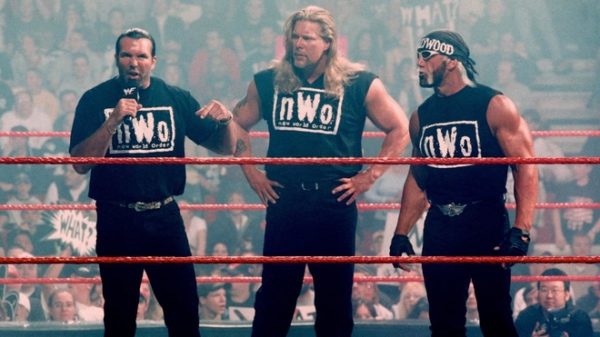 The next free agent ruined by WWE is not just a single person, but an entire faction. Also in 2002, the company decided to bring the New World Order to their roster.

In the WWE, the NWO shrunk down to the three original members. These members included Hulk Hogan, Kevin Nash, and Scott Hall.

Even though the group had huge success in WCW, WWE had no idea what to do with them. After only a short run, the company removed Hogan from the group.

Removing Hogan proved to be the wrong thing to do. Only a few months after their WWE debut, the New World Order was no more. 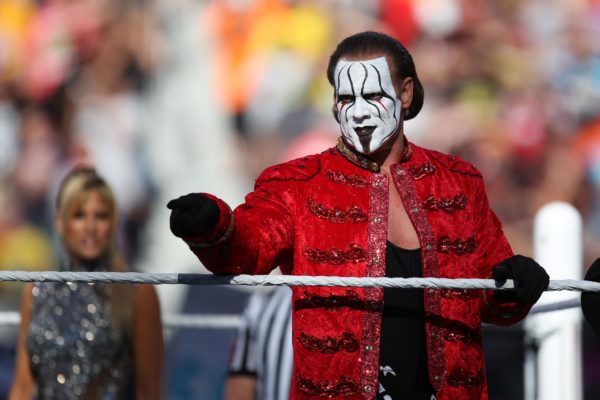 Sting avoided WWE for most of his wrestling career. However, the inevitable eventually happened in 2014, when Sting made his WWE debut.

Even though Sting was close to retirement, they set up a match between him and Triple H. While fans wanted him to face the brand’s icon The Undertaker, the company had other plans.

And the debut of Sting ended with a defeat. Triple H made short work of Sting at WrestleMania and not much else happened.

A few months after WrestleMania, Sting returned for a brief feud with Seth Rollins. During the match, he suffered a neck injury that ended his career.

In summary, Sting went to WWE not winning a single match and suffering a career-ending injury. Obviously, this is the most tragic way WWE ruined a free agent. 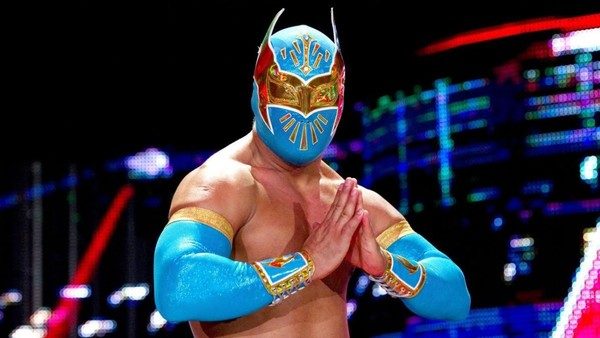 While the wrestler was certainly talented, WWE never focussed on him properly. Instead, he had a long and uneventful run until his release. 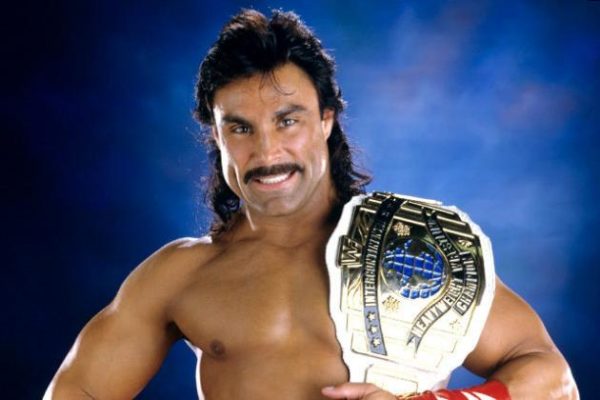 Marc Mero was set for an amazing career in the WWE when he signed in 1996. And for a while, it appeared like he would have that career.

One of the issues with Marc Mero was the presence of his wife Sable. The female wrestler, now married to Brock Lesnar, soon surpassed him in popularity.

Once Sable and Marc Mero split, Mero no longer seemed legitimate in the eyes of WWE fans. While Sable became much more popular, Mero quickly disappeared in the background.

While he never reached the heights Vince expected, he is still remembered for his contributions to the Attitude Era. So, maybe his signing was not all bad after all. 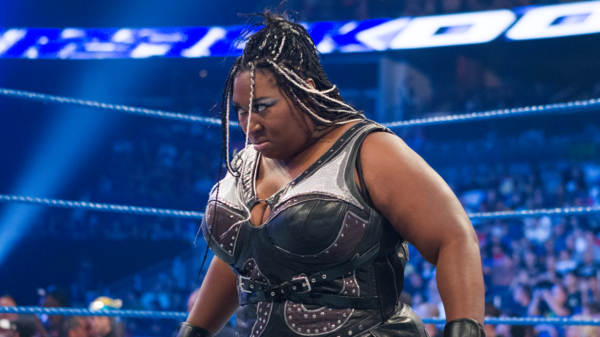 Back in 2010, Kharma signed with WWE. While this name might mean little to you, the name “Awesome Kong” might mean more.

As you can imagine, Kharma came into the WWE with the purpose of being a female powerhouse. Her goal was to become the most dominant figure in the women’s division.

Only a month after her debut, Kharma revealed she was pregnant. This forced her to leave the WWE for some time.

In 2012, Kharma returned to the WWE at the Royal Rumble. Unfortunately, that would be her only match in the company.

Only one year later, WWE released Kharma with little to no explanation. Fortunately for us, Awesome Kong had a great career in the indies, so she did make her mark on the wrestling world. 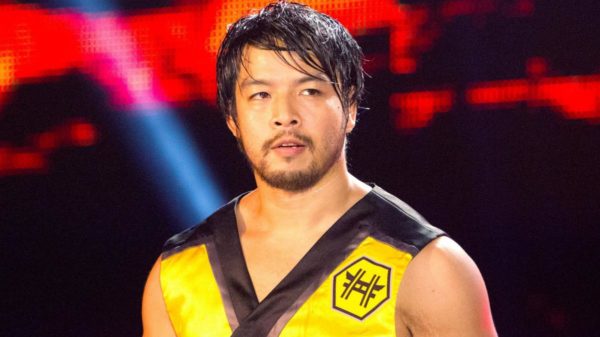 One free agent who definitely got ruined by the WWE is none other than Hideo Itami. Hitting NXT as one of its biggest talents, injury threw a spanner in the works.

Because of his numerous injuries, WWE eventually gave up on doing anything with Itami. He roamed from brand to brand until he was released.

Being injury prone can cost you a WWE career, and this was certainly the case for Hideo Itami. 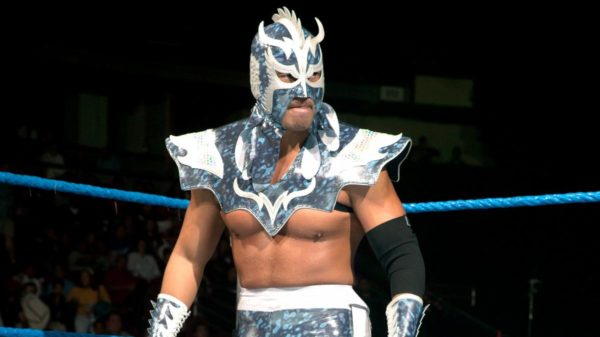 Ultimo Dragon was set to be big in the WWE. As the company primed its cruiserweight division, Ultimo was supposed to be the main face of it. 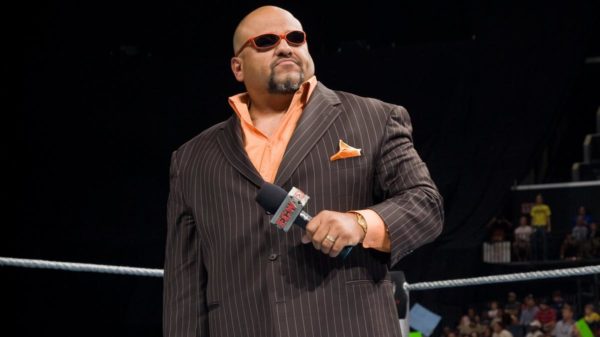 While you can currently find Tazz in AEW as Brain Cage’s manager, he did have a stint in the WWE. Tazz rolled into the WWE in 2000, shortly after ECW went bust.

First, WWE put a lot of attention on Tazz. But, as is usually the case with hot free agents, the company could not decide on what to do with him.

Because of the failure in WWE, Tazz is mainly remembered as a former ECW champion. His stint in WWE is often forgotten. 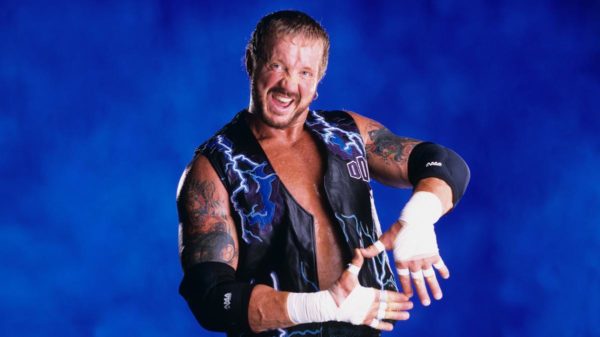 The thought of ruining someone like Diamond Dallas Page is almost impossible to comprehend. Nevertheless, it happened when this hot free agent made the switch to World Wrestling Entertainment.

Upon his debut, Diamond Dallas Page got a storyline where he stalked The Undertaker’s wife. Evidently, this was a far cry from the character everyone knew and loved before.

Because of the storyline, DDP pretty much remained in the background. He never reached the heights he did before, even at the time he left the company.

Fortunately, DDP did make a large enough impact before his time in the WWE. Now, he is associated with AEW and has his own yoga program called “DDP Yoga”.

Moral of the story? Even genuine wrestling legends can be ruined once they hit the WWE.