Mike Tyson To Be At AEW Event, Vince McMahon Responds To Lawsuit

Former boxing world champion Mike Tyson will present the first-ever AEW TNT title at Double or Nothing to either Cody Rhodes or Lance Archer.

Mike Tyson will play role at the next AEW event, Double Or Nothing. Also, Vince McMahon has responded to a lawsuit from the XFL commissioner.

Mike Tyson To Be At AEW Event

Former boxing world champion Mike Tyson will make an appearance at All Elite Wrestling’s upcoming Double or Nothing event.

Tyson, who once appeared at WrestleMania as a special referee, will award the winner of the Cody Rhodes vs. Lance Archer bout for the first-ever AEW TNT championship.

The event takes place Saturday, May 23 from an undisclosed location. The COVID-19 pandemic forced the card to be moved from Las Vegas and the MGM Grand Garden Arena.

Iron @MikeTyson will be at Double or Nothing to present the #TNTChampionship to the winner of the finals between @CodyRhodes & @LanceHoyt.

The rest of the card is starting to take shape with featured bouts including Jon Moxley defending his AEW title against Brodie Lee and a Stadium Stampede match featuring the team of Matt Hardy, Adam Page, Kenny Omega, Matt Jackson and Nick Jackson against Chris Jericho, Jake Hager, Guevara, Santana and Ortiz.

Tyson has taken the world by storm with recent updates on his own future. The 53-year-old became the youngest boxer to hold the undisputed heavyweight title when he won it at 20 years old.

Tyson finished his active boxing career in 2005 following back-to-back losses. “Iron” went 50-6 with 44 of those victories coming by way of knockout.

Please consider donating to the @funds4disaster COVID-19 Response Fund and you could win my personalized signed boxing glove! 100% of proceeds support preparedness, containment, response and recovery for those affected and first responders. https://t.co/j3PXGwTCqf

The rest of the planned card for Double or Nothing includes MJF vs. Jungle Boy, a Casino Ladder match for a future title shot featuring six wrestlers, Nyla Rose defending her women’s title against Hikaru Shida, Britt Baker vs. Kris Statlander and Private Party vs. Best Friends to determine the No. 1 contender to the tag titles. 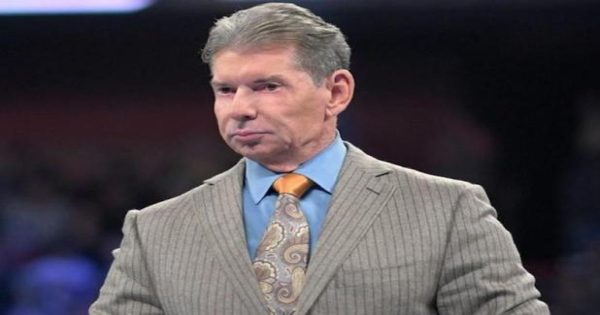 WWE CEO Vince McMahon has had a rough 2020, but he is firing back against those attacking him.

McMahon, through his legal team, fired back at remarks made by Oliver Luck in regards to a lawsuit.

Luck, the father of former NFL standout Andrew Luck, is suing McMahon over the closure of the XFL. The league did not survive the COVID-19 pandemic and was closed down during the early portion of the planned 2020 season.

The lawsuit against McMahon claims a breach of contract for the firing of Luck. However, McMahon’s lawyers claim that Luck neglected his duties as commissioner during the early days of the pandemic, along with using his XFL-issued iPhone for personal reasons and signing a former player with legal problems.

JUST IN: Oliver Luck asks a federal judge to award him an immediate “prejudgment remedy” of $23.8 million against Vince McMahon, as well as an attachment or garnishment of McMahon’s assets plus an order requiring McMahon to disclose his assets sufficient to satisfy the remedy. pic.twitter.com/at1nWv4f1u

The player in question, Antonio Callaway, played in the NFL before the XFL. However, McMahon claimed any player with legal troubles would not be signed to his league.

Much of the legal wording between the two sides has been digested by Sports Business Daily, which notes that McMahon personally guaranteed XFL parent Alpha Entertainment’s contract with Luck.

That allows Luck to sue McMahon rather than appeal to the U.S. bankruptcy court overseeing the unwinding of the XFL.

Luck, who played quarterback in the NFL, was the athletic director for West Virginia and previously held an executive vice president role within the NCAA before joining the XFL.