RAW In A Nutshell: Reliving The Past And Present

It's another RAW In A Nutshell. As with other recent efforts, it's all about reliving some matches while hyping the present. In this case, WrestleMania 36.

It’s another RAW In A Nutshell. As with other recent efforts, it’s all about reliving some matches while hyping the present. In this case, WrestleMania 36. Some what, you ask? Some matches. We will relive some matches, because coronovirus means no live audience. We will hype others, because Vince McMahon has yet to decide WrestleMania in front of no crowd is a terrible idea. So, as with the last couple shows, it’s going to be relive some, hype others. I suppose I can live with that, because it is at least some semblance of new material. So, let’s crack open this Nutshell and relive some matches while hyping others for WrestleMania, less than 2 weeks away! 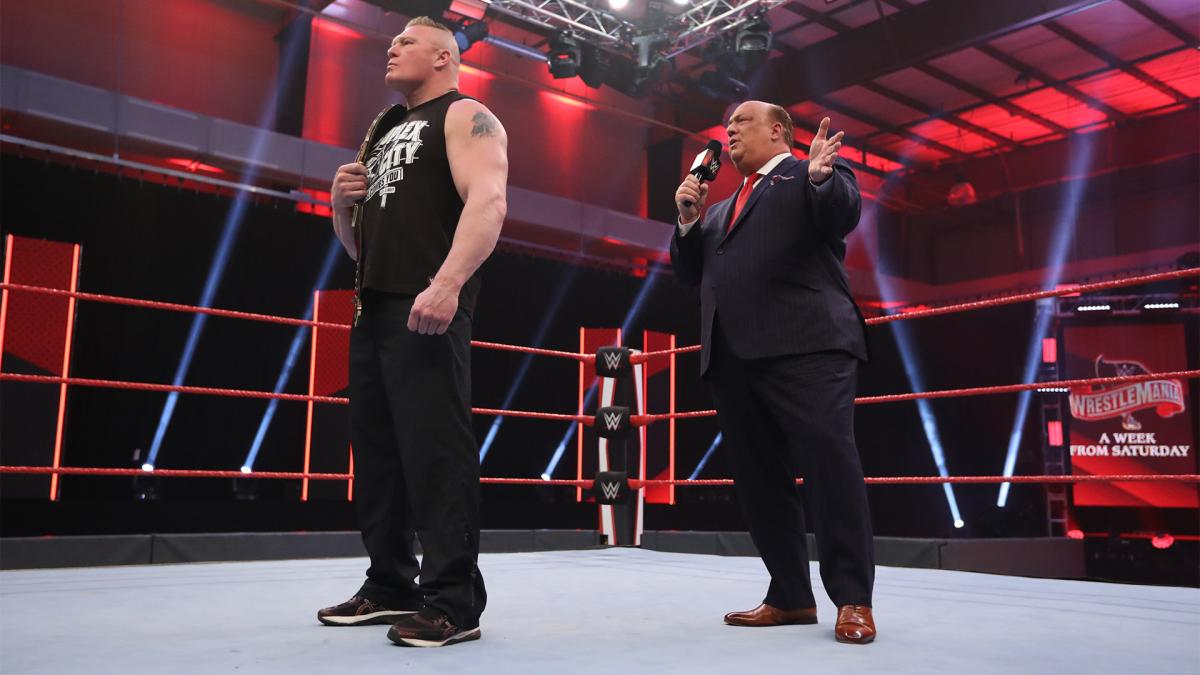 Asuka and Flair might have been from a couple years back, but the match is still a strong one. Only downside is, the wrong woman won.

On the live side, the tag match between Andrade and Garza going against Ricochet and Cedric Alexander was quite strong and enjoyable. 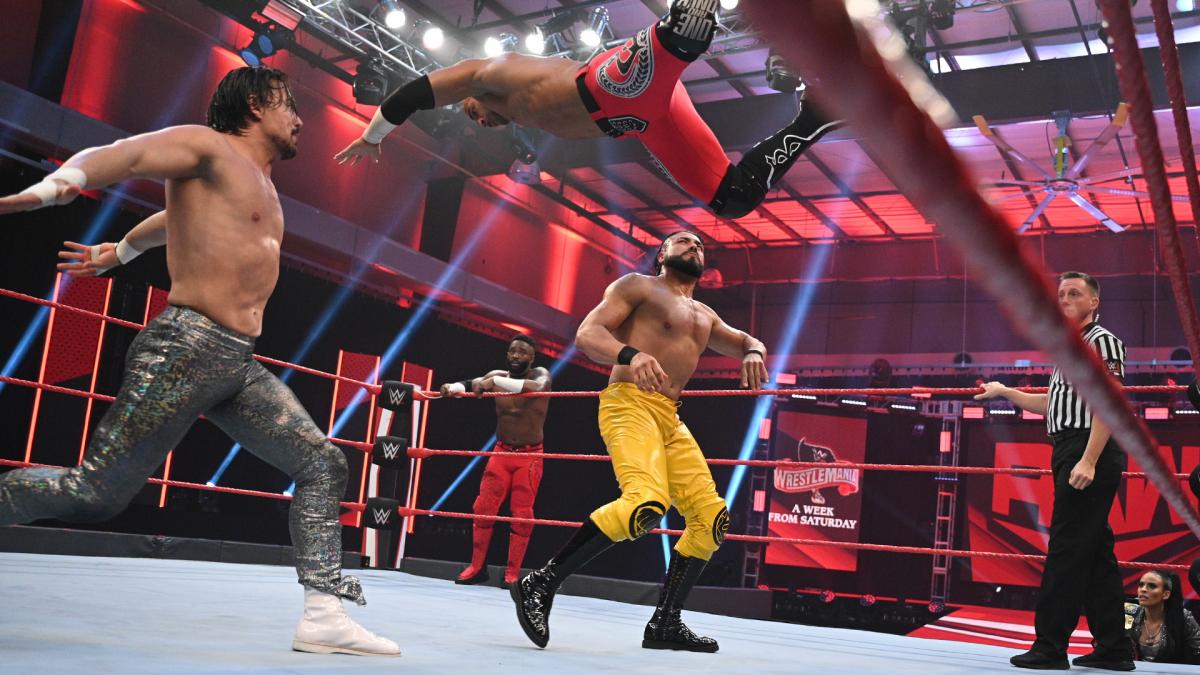 I give points to Heyman and Brock. Also Randy Orton. In general, the whole crew. Kudos. 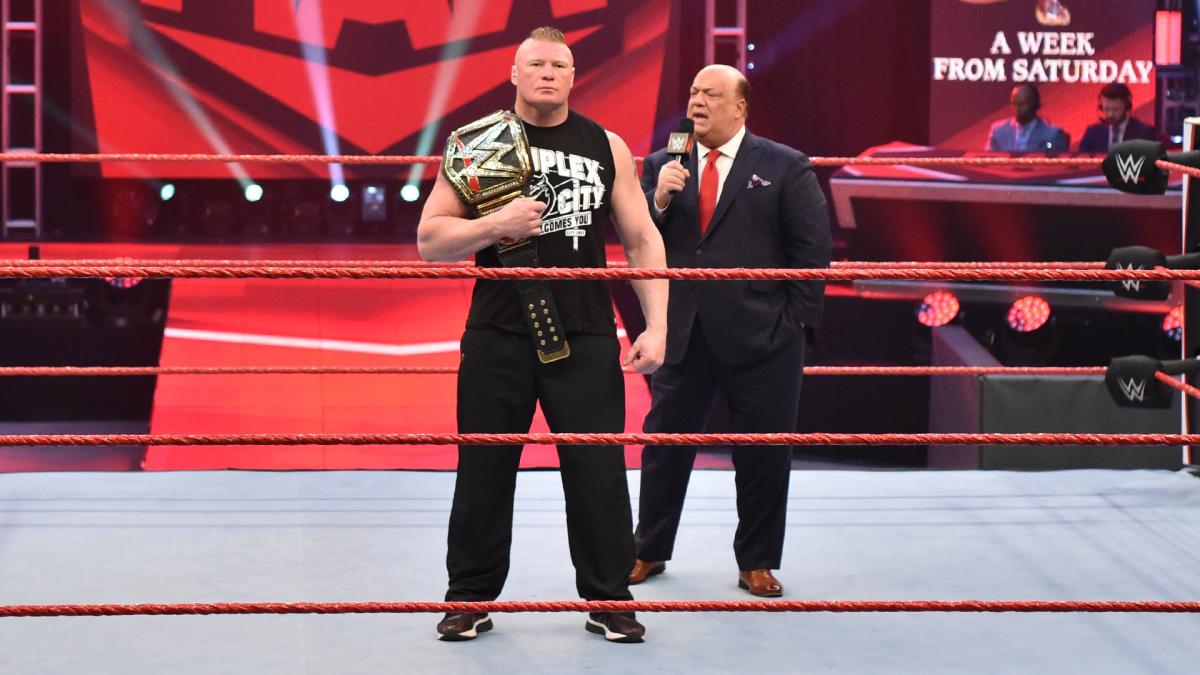 Nothing to call out here.

A couple choices here tonight, which actually sort of surprised me.

First, Shane Thorne and Brendon Vink. No shame in losing to the RAW Tag Team Champions, I suppose.

Worse though, was Leon Ruff. That poor fellow was destroyed by Aleister Black. 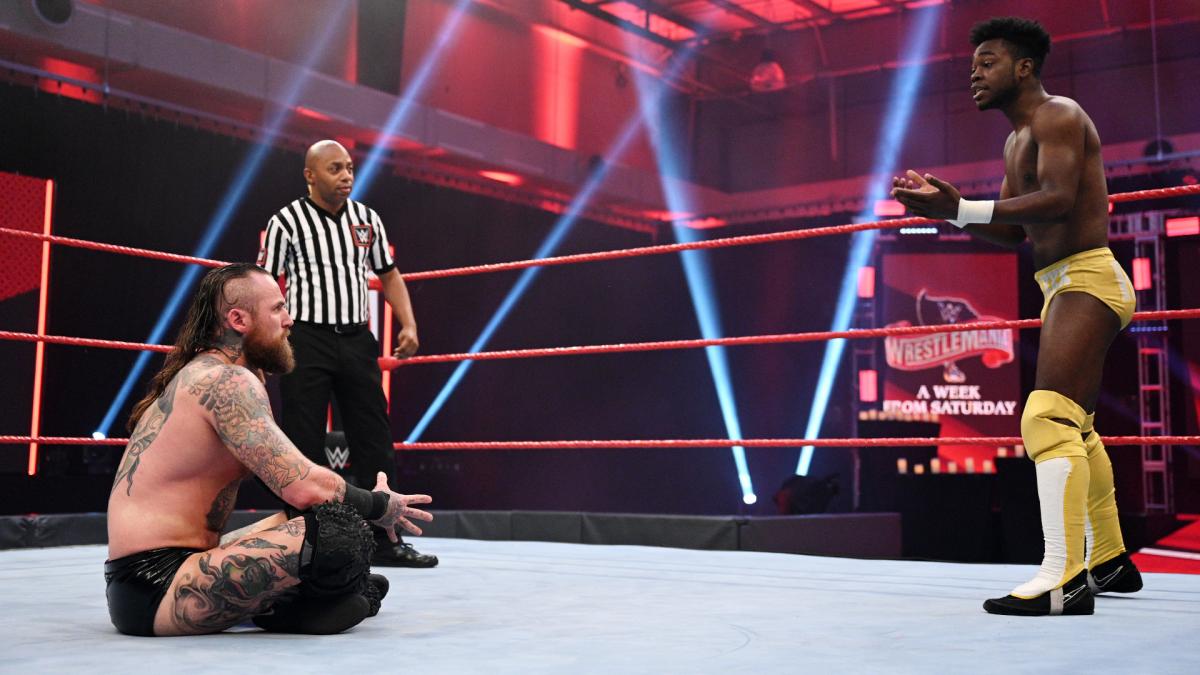 Going for a new twist for this one, but how about…wow, RAW seemed…watchable? Perhaps the last episode AEW churned out really drove home a point? Maybe they’d heard enough fan complaints? I am happy to have a mostly-new distraction, but it was getting old fast.

It remains to be seen if WWE can keep things up, but seeing the change is an encouraging sign, I think. 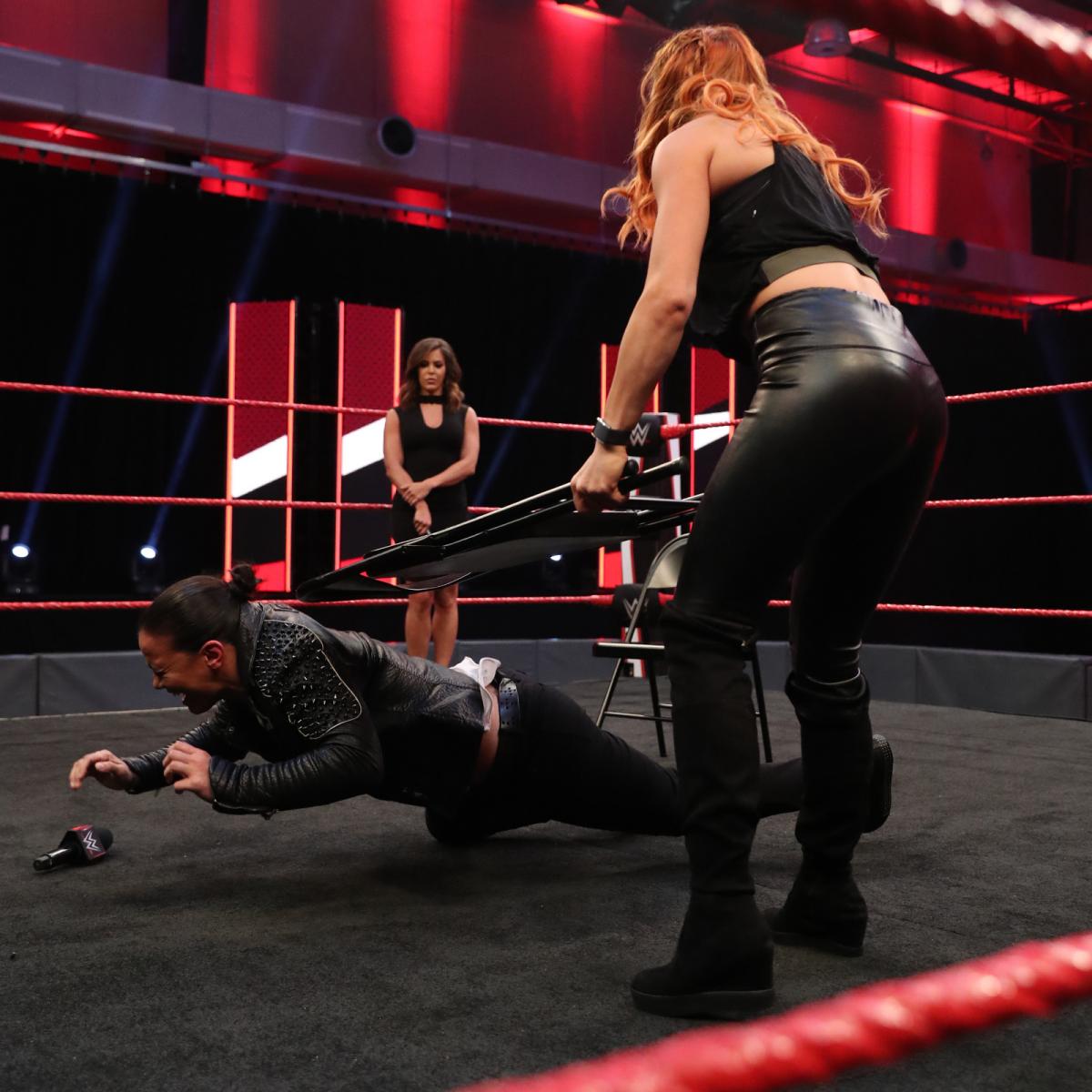 For me it was not what was on TV, but rather, my young son watching RAW with me. He asked why the Street Profits were using the red Solo cups and had them on chains around their necks. I didn’t know, other than, well, they’ve done it for forever. It made me laugh, because he’s so curious and asks a lot…and I just sit back and enjoy.

That said, having the Profits out during that tag match was fun. Arena was empty, but those two were so into the match it was fun and funny and enjoyable. 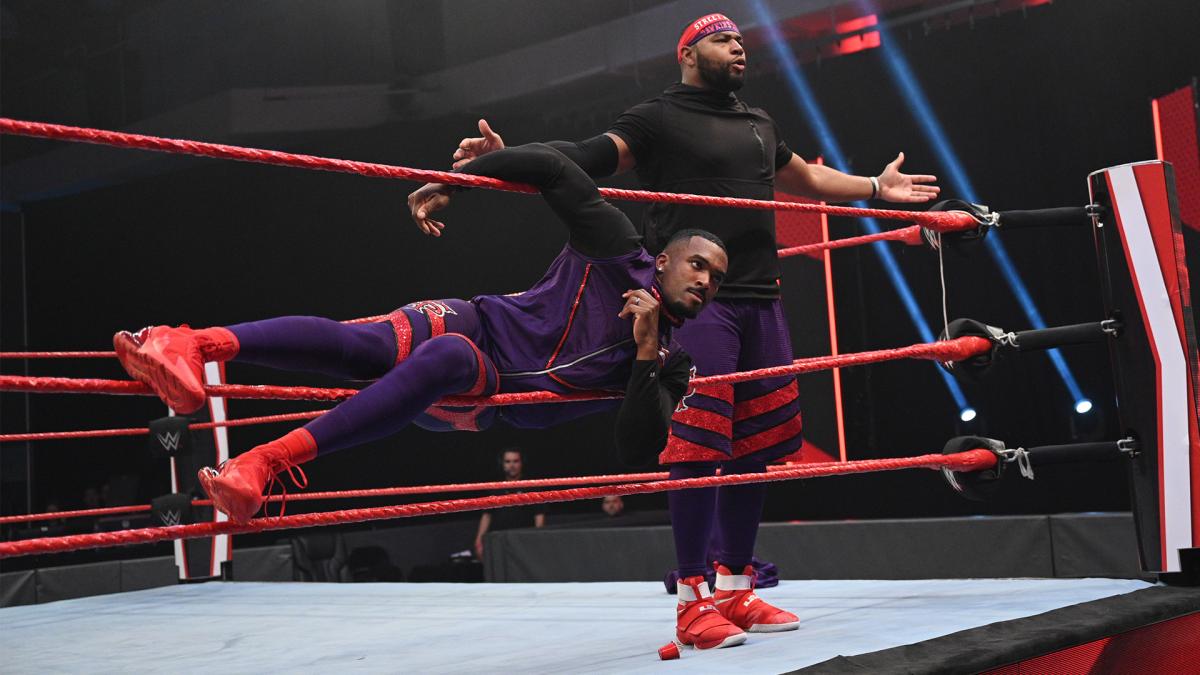 OK, this one bugs me, but here goes.

Andrade and Angel Garza will challenge the Street Profits for the RAW Tag Championships.

My beefs here are two. First, Andrade has the United States Championship. I have not admittedly checked, but I’d have thought that belt should be defended on WrestleMania. Unless he’s defending that on one night and challenging for the other on the other night? Either way, Andrade and Humberto should have been the play, more than anything else. Unless Vince completely soured on Humberto Carillo?

Second, it’s hard to take Andrade and Angel as serious contenders…but then again, we do have a long history of WWE throwing teams together and having instant success. We don’t even have to go back far (Buddy Murphy and Seth Rollins, the Broserweights, etc). I’d just prefer seeing established tag teams get the look and opportunity.

I think the big bummer for me was that tag title match getting announced. Honestly, if THAT is my lowlight, then things are actually going pretty good I think.

The Heyman promo was solid, as we’ve come to expect from him.

A simple message from @HeymanHustle to start #Raw:

Orton’s to end the show was really strong too. 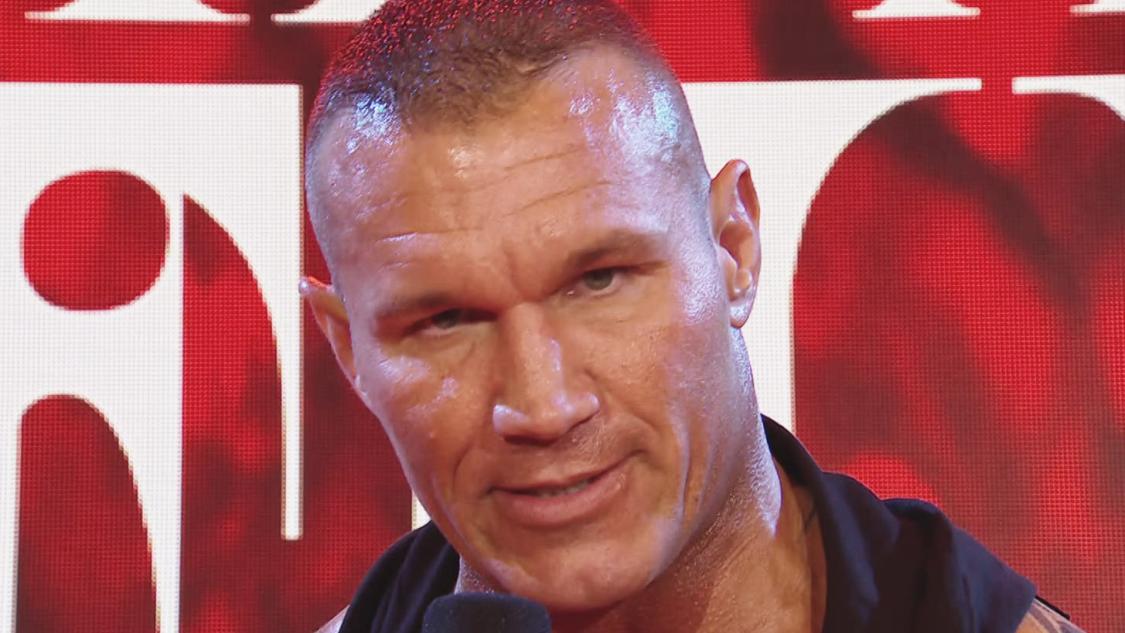 It may have taken WWE a few weeks, but perhaps they are finding their rhythm with the shows in front of no one idea. Hopefully they won’t have to run too many more like this, but if I were a betting man? I would bet we will be seeing no audiences for a while longer.