RAW In A Nutshell: Social Distancing For All!

It's a new and interesting RAW In A Nutshell...one with social distancing for all! OK, that just sounds so bad, but its another show sans fans!

Good day everyone! It’s a new day, and I don’t mean that in a New Day sense. However, it’s an apt reference for this week. While the notion of a show in front of, well…no one, began last week with SmackDown, it continues with RAW and beyond. It’s more fully fleshed out now. WWE has had more time to determine how and what and why, and they’ve had time to look at how Friday worked (or, how it did not). Fans liked some of it…but not a lot. For the next few weeks, possibly many more than that, this is our new normal.

I suppose fans of sports entertainment ought to be grateful we are getting something resembling new content, but that’s a separate chat for another time. For now, it’s time to enjoy social distancing for all, right? Well, once you watch RAW, you will realize that anyone inside the Performance Center wasn’t really exhibiting any social distancing at all. Kind of hard to do when wrestling, but even those non-wrestling folks didn’t seem overly concerned with a six foot arbitrary social distancing. In any case, it’s another weirdly unique show, so let’s dive right in and crack open this Nutshell!

I move to strike this, since we really were limited on the matches this show. Three hours of show, and virtually all of it was not spent on new matches. It’s not an exaggeration either. If I cared to do it by percentages, it would be probably like, 85% of the show was not a live, new wrestling match (see, excluding the Rumble replay, because, you know…not new).

Look, I am fond of Rey Mysterio and Andrade. Talented guys. But as the only match tonight, it can’t be best and worst…and I liked the Rumble more.

Aww, heck…for the same reasons I move to strike the prior category, I think when a show gives us only a couple matches, this just has to go away. Will it be back next week? Stay tuned.

Man, this is tough. I guess Stone Cold, because who wasn’t excited to see him? But, then, I could (and will) argue for Edge. Came out in the beginning and gave a great promo, angling for a Last Man Standing match (nice tie in to FOX, even if they work for the red brand) for WrestleMania. 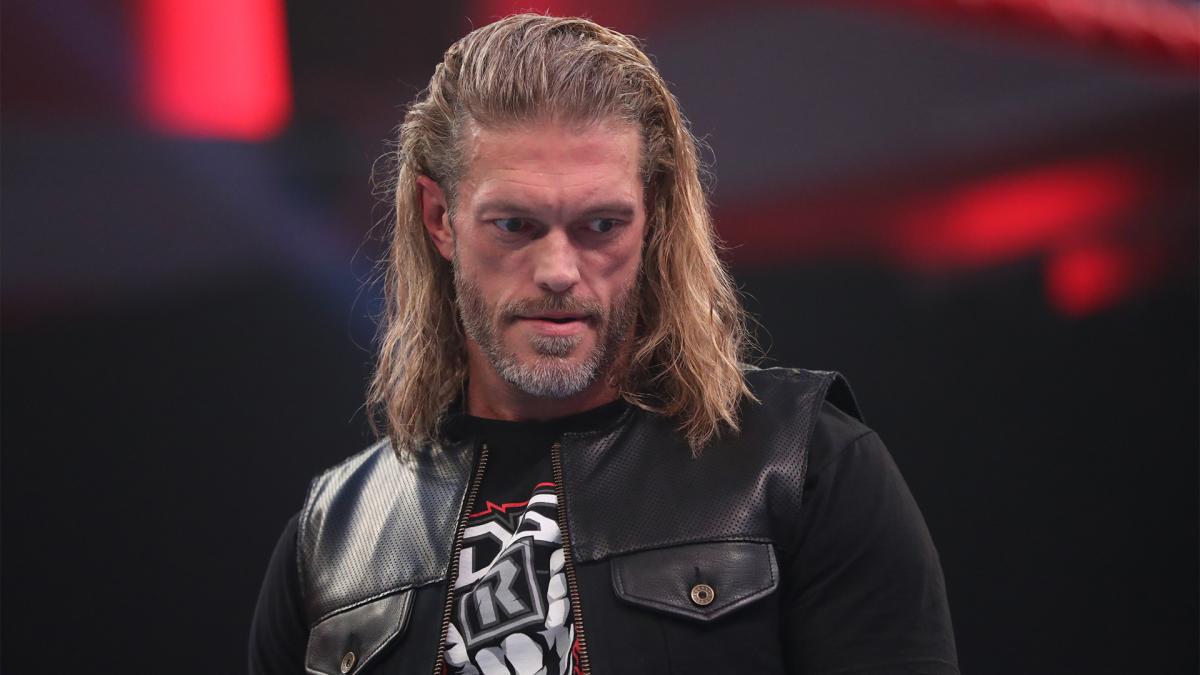 Nope. Nothing worthy tonight. Blame this on the lack of crowd, perhaps. I have to imagine, without a crowd to make pop, the incentive for great high spots is significantly diminished.

I will say I like this as a promo for the night…best we can hope for I guess?

“At #WrestleMania… if you got the guts, it’s @EdgeRatedR vs. @RandyOrton in a #LastManStanding MATCH!” 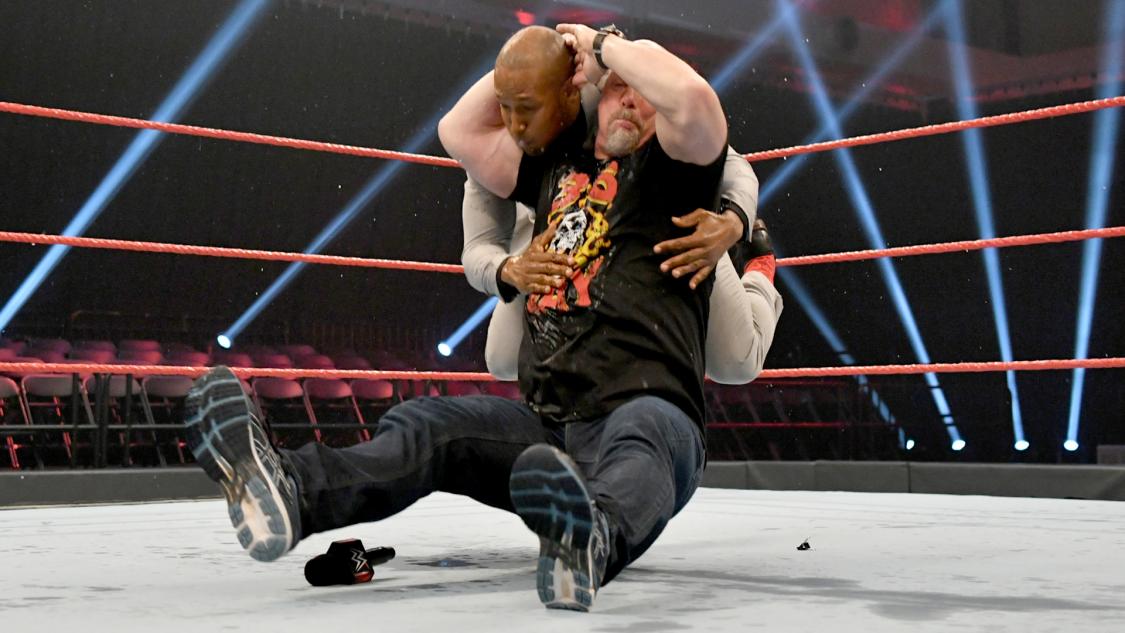 This one came out a bit before the show, but it gets a mention here all the same.

If you missed it, I apologize. But…holy [email protected]#, WrestleMania will be live in just about two weeks…from the Performance Center.

When The Undertaker found out he will be wrestling in front of 0 people in the Performance Center at #WrestleMania…. pic.twitter.com/MGCrfwOOd5

WWE’s biggest show of the year? In front of an insanely small crowd. That would be “essential personnel only”. It remains to be seen how many folks that means, just as it will be curious to see if they use family of those traveling to Orlando to fill seats.

I get the logistics involved. Cancelling WM36 would have (or could still?) sucked. It is a huge blow to the company. I totally get not wanting to delay story lines beyond that show, since WrestleMania generally ties up the loose ends of a particular angle. The reality is, this is uncharted territory.

Vince didn’t want matches in front of empty seats, but either he came up with a compromise to have some butts in seats, or he realized it was either this way or nothing at all.

In the vein of the WM36 announcement, I could argue that the botch lands on WWE and Vince McMahon. Tampa officials met Friday and basically said WrestleMania was not cancelled yet, but that the city reserved the right to change its stance as more information emerged. WWE could have done the smart thing and cancelled Friday. Instead, it was a few days later.

Mind you, not sure the extra days would have meant a lot (it was the weekend, after all). It just would have showed WWE more decisive in their decision making process. I call it a botch because, by Friday, we had seen cancellations or delays for things like the baseball season, NHL, NBA and even the NCAA, which covered the beloved March Madness, along with all of the spring sports seasons. And, yes, even the XFL got cancelled (just for the year. So far, anyways). 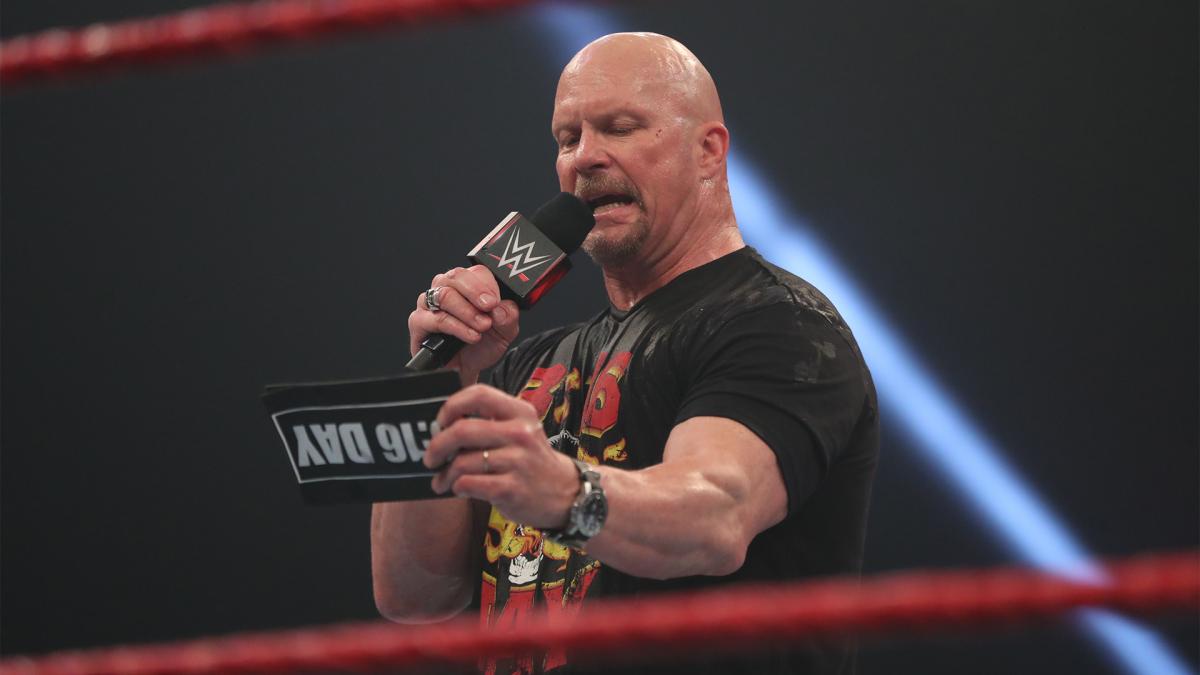 The interaction between Austin and Saxton was good. I mean, Stone Cold totally plays off the crowd, so not having one sucked. Anyone who was looking forward to 3:16 Day when it was announced, had to be a little bummed. The Texas Rattlesnake did his best with what he had to work with, and it delivered a funny enough moment. Just…not the same without a crowd. 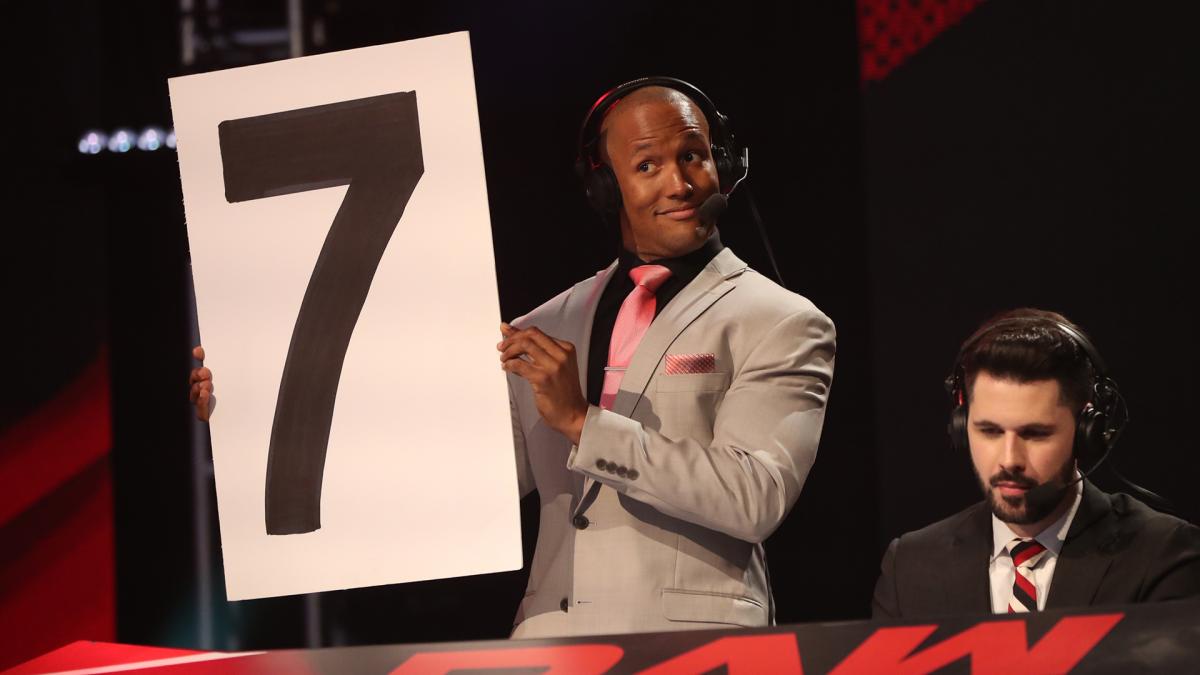 Looking at what this show was, one has every right to question how long WWE can keep this up. Forgetting the lack of social distancing, I mean…three hours of a show, where a lot of it is not new or compelling.

I mean, the Edge segment was good. Would have been hotter in front of a packed arena live, but it was good. Austin too, but same thing-better in a live arena. 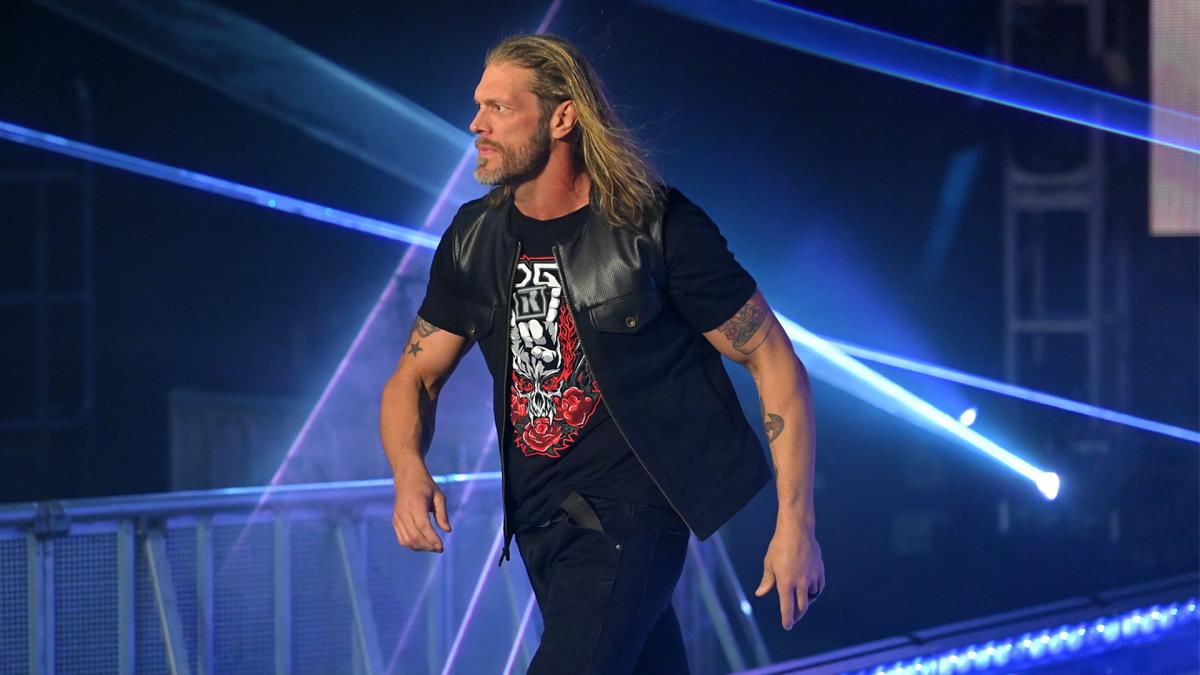 But then we got a replay of the men’s Rumble. A new match between Mysterio, Andrade and no fans. Then some speaking segments, featuring The Undertaker, decidedly not wasting time or energy on that themed entrance we’ve come to love. His entrance alone was noteworthy, to be honest. 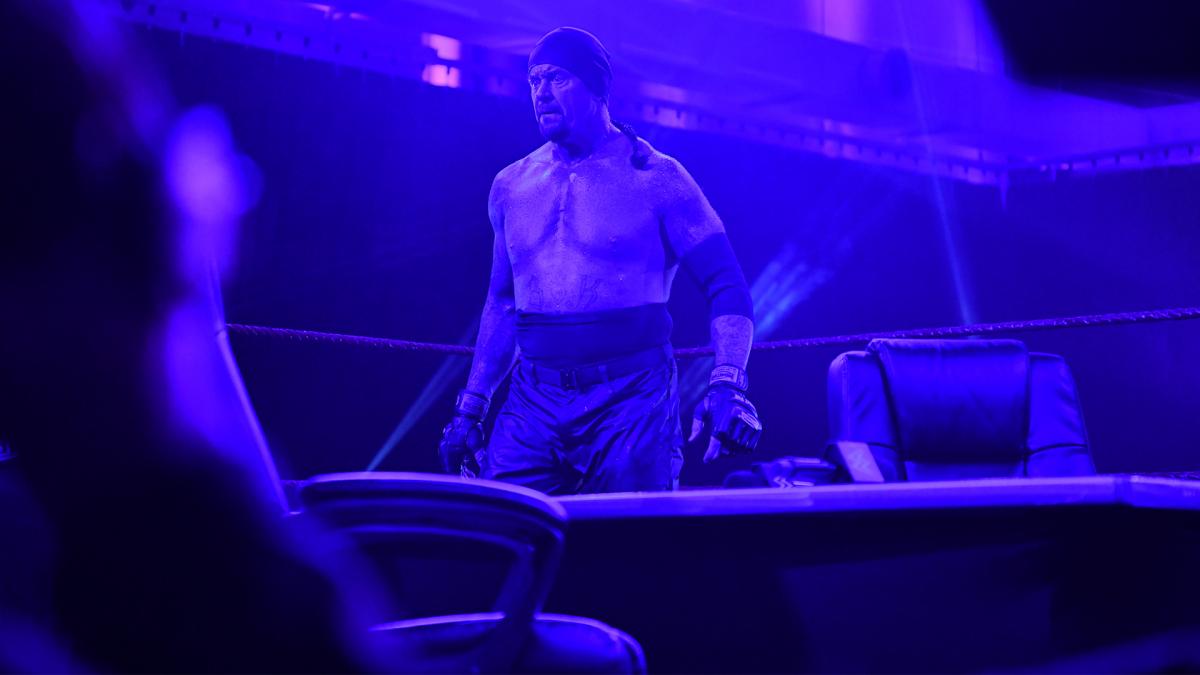 I just can’t imagine fans will tune in to a three hour show, where you get less than an hour’s worth of brand new, fresh matches. Replays and talking segments for 75%+ of the show will make fans tune out, especially once WrestleMania has come and gone.

I am thankful folks are working and churning out something new…but so many big segments in front of no one…sucks. Not getting the pops and boos is a bummer.

Austin was good, as we’d expect. Delivered the goods. 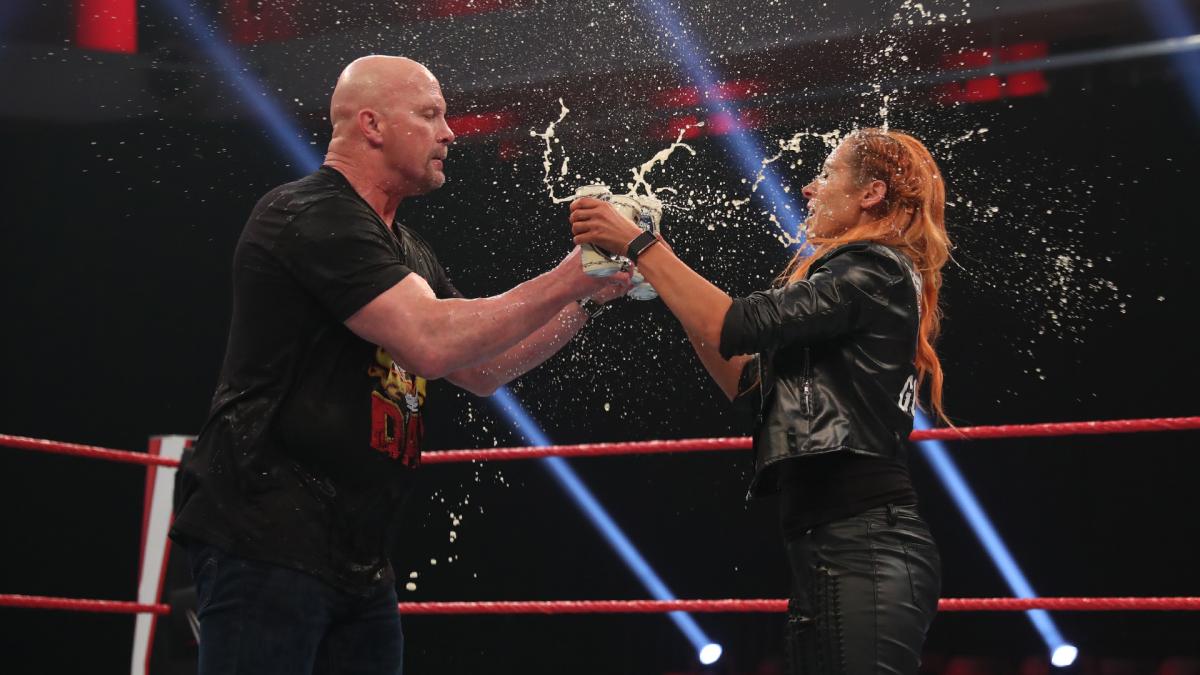 Considering how little new wrestling we got, this was a surprisingly long Nutshell. Apologies, folks, but I had to climb on my soap box for a bit. Let me be clear-I am not unsympathetic to all the protective measures in place or being taken. I live in NYC, and that’s one area hard hit and I get it. Social distancing, or whatever you want to call it, is a big deal. I just know this isn’t a great format…fans aren’t enthused, and I am sure WWE isn’t either. But the show must and will go on, so we shall see how things go from here.

RAW In A Nutshell: Happy WWE New Year, Kind Of