Alexa Bliss Gets Song From Favorite Band Bowling For Soup

WWE superstar Alexa Bliss has received a song from her favorite band Bowling for Soup. We listened, we judged, and we think it's AWESOME!

Bowling for Soup is one of Alexa Bliss’ favorite bands. The WWE superstar has mentioned this in numerous interviews, and now she is truly living her dream. Recently, the band came out with a new song that was written especially for her. Let’s check it out!

Alexa Bliss Gets Song With Her Name

WWE superstar Alexa Bliss did not only get a mention of her name in the new Bowling for Soup song. The song was written for her, about her, and even carries her name! To top it all off, she is also featured in the music video.

After listening to the song, we are sure it will do well in the charts. Like all songs from the band, it is extremely catchy and also has a fun music video. Of course, Lexie was really surprised about it all and had fun cooperating with the band.

Lifetime Fan Of Bowling For Soup 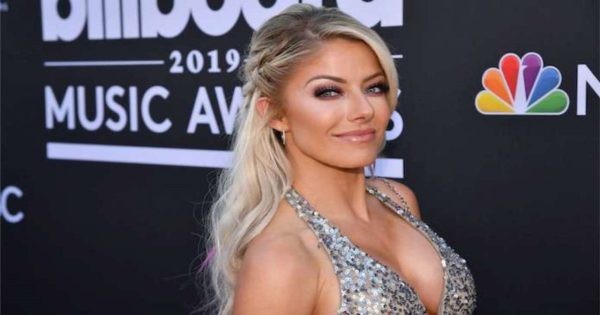 The WWE star and former WrestleMania host had nothing but praise for her favorite brand. She admitted she grew up with their music and that starring in the video was a dream come true for her.

During the interview with Metro, Alexa also revealed how she was told the band wrote a song about her:

“Jaret texted me like “Hey, Happy Birthday! I have a little something I’ve been working on but I thought I would send it to you for your birthday. He sent me the song – and I freaked out, it was so cool! I actually still have the video of my reaction to it!”

Man. That was a whirlwind! I’m freakin exhausted! You guys are stoked! #alexabliss + #bowlingforsoup = #awesome

During the interview, the Metro reporter asked Alexa if the song could become her new entrance music for the WWE. In fact, the suggestion was made that she could come out at the next WrestleMania with the band playing the song live for her. Needless to say, the prospect of this has many fans excited.

“I mean, I would love for that! Any opportunity to be able to have my favourite band playing a song about me at WrestleMania would be incredible. I don’t know what I’m doing at WrestleMania, but it’s definitely something I’m going to throw out into the universe!”

I believe there are some exciting moments ahead of Alexa. She has become established in the WWE and her position is pretty much safe at this point. Even though she does not have a role at WrestleMania yet, we hope she will be included in one capacity or another. We wouldn’t even mind if she hosted the entire event again. Or maybe she could go against the current women’s tag team champions with her friend Nikki Cross?

Terminator – What Every Sequel Did Wrong