Good news for Alexa Bliss fans, as it has been revealed the female superstar will be hosting Wrestlemania 35. Bliss announced the news during her “Moment Of Bliss” segment.

Alexa Bliss is undoubtedly one of the best wrestlers on the microphone today, so it is no surprise that the WWE has chosen Bliss to host WrestleMania 35.

The news came at Monday Night Raw this week, where Alexa made the announcement in true Alexa style. Even the bit about her being “shocked” and “having nothing prepared” was perfect. I look forward to what she brings to the table at WrestleMania.

Not Wrestling at WrestleMania 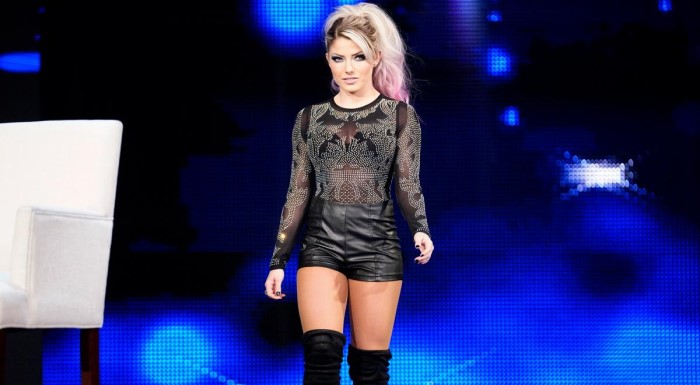 One of the downsides of Alexa Bliss hosting WrestleMania 35 is that she probably will not be wrestling at the show. That being said, hosting WrestleMania as a female wrestler is by no means a small feat, as the honor previously went to stars such as The Rock and The New Day.

I am somewhat disappointed that she will not be wrestling though, especially when considering that Alexa has put in some extra work at the Performance Center. It is rumored that Bliss has been working with Mike Quackenbush to improve her wrestling skills, so I was kind of looking forward to see where all the work has led. 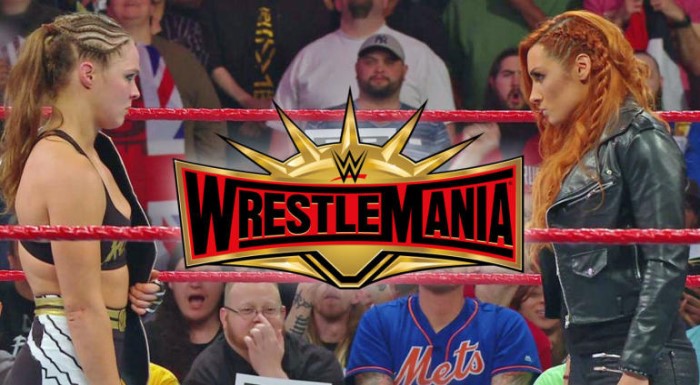 While the card for WrestleMania 35 is by no means complete, there are some matches which are set to happen in a couple of weeks. Here are some of the matches we are aware of so far.

Ronda Rousey and Becky Lynch probably have the most talked about match and are likely to main event the show. However, they may have some competition in the form of Seth Rollins and Brock Lesnar. It is expected that the title belt will change hands for both matches.

Another match that has been revealed is the one between Batista and Triple H. After attacking Ric Flair during his 70th birthday celebration, Batista is hellbent on getting some attention from Triple H. Now, he has got his attention in the form of a No Holds Barred match at Wrestlemania 35.

Murphy’s opponent for the Cruiserweight Championship is yet to be announced. A tournament is currently being held on 205 Live to determine that opponent. Four people still stand a chance to gain the prestigious spot including Oney Lorcan, Cedric Alexander, Tony Nese, and Drew Gulak. By the end of the week, we should be one step closer towards determining the final match for WrestleMania.

Do you want the latest updates for WrestleMania? Want the latest match card updates or important news about superstars appearing on the Grandest Stage of Them All? Be the first to know when something important happens, sign up for the Ringside Intel Newsletter and get all important news in your mailbox!