Super Bowl 54 will be played this Sunday between SF 49ers and KC Chiefs, here's a look at the 49ers players and their wrestling counterparts.

The Super Bowl between the San Francisco 49ers and Kansas City Chiefs is coming up this weekend. Here’s a fun look at the 49ers football players and their wrestling counterparts.

The Most Obvious Wrestling Counterparts: George Kittle And Pentagon Jr. 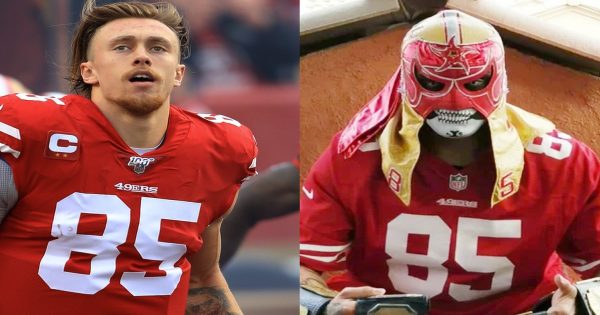 There is no doubt in our mind that Pentagon Jr. and George Kittle are wrestling counterparts. In fact, George Kittle uses the O-M taunt Pentagon uses in All Elite Wrestling and Lucha Underground. The taunt stands for “cero miedo” or “zero fear.” Pentagon Jr. is also a massive fan of the 49ers and has been spotted with a George Kittle jersey. 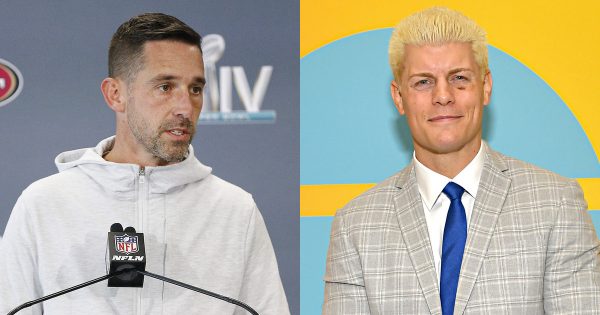 Kyle, coach of the SF 49ers, and Cody both have fathers that are genuine legends in their respective fields.

Cody is the son of Dusty Rhodes, one of the biggest wrestling legends in history. Kyle, on the other hand, is the son of Mike Shanahan, a legendary championship-winning coach. In addition to that, it took both men a little more time to reach the heights of their career. 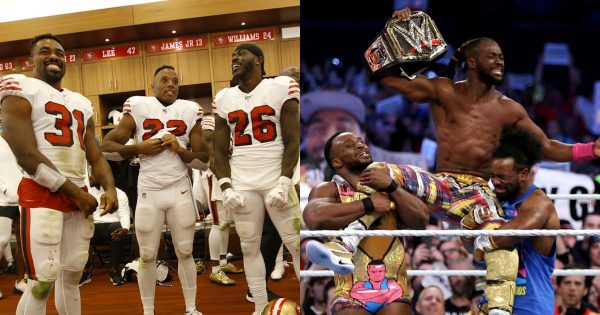 Factions are not just an occurrence in wrestling, they happen on the football field, too. The 49ers have a group of three men, Mostert, Breida, and Coleman, that are described as a running back committee. In other words, they are pretty much the wrestling Freebird rule equivalent.

When comparing the 49ers footballer faction, there is only one evident choice in the form of the New Day. Both groups have been remarkably successful by supporting the qualities of one another. For both groups, it is difficult and even unimaginable to keep them apart. 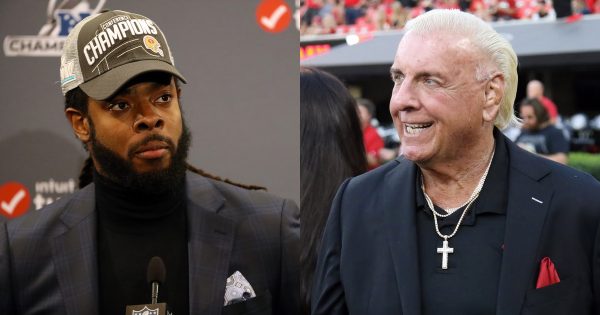 If you look closely enough, you can find many football and wrestling legends with a similar track record and persona. One great comparison is cornerback Richard Sherman and the legendary Ric Flair.

Both Ric Flair and Richard Sherman led dominant groups in their respective sports. Sherman was behind the NFL’s Legion of Boom, while Ric Flair was the leader of the Four Horsemen. Both groups are still remembered fondly in professional sports.

In addition to their dominant groups, both Ric Flair and Richard Sherman are outstanding talkers. When you compare some of Sherman’s interviews with Ric Flair’s promos, you will immediately notice why we choose this comparison. 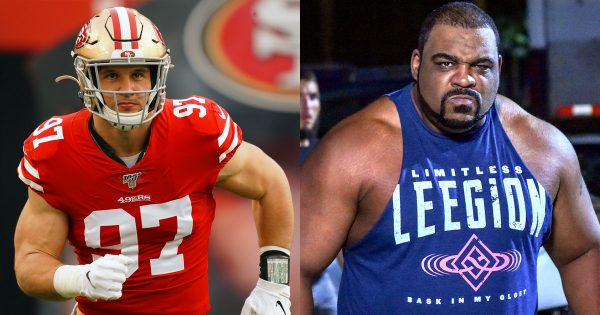 There are many comparisons to make in the newbie department as well. One of our favorites is defensive end Nick Bosa and NXT superstar Keith Lee. Lee is a newcomer in NXT and has quickly turned in main event material. Even the main roster is eyeing him up already, despite being in NXT for a very limited time. The same could be said about Nick Bosa and his football career. He is a rookie sensation with a bright future ahead of him.

Do you have any other comparisons between football players and wrestlers? Share them in the comments.