Despite his initial push, Vince McMahon appears to be over one superstar and seems uninterested in continuing that. Also, Alexa Bliss' return is confirmed.

Vince McMahon Out Of Patience With Superstar Humberto Carrillo 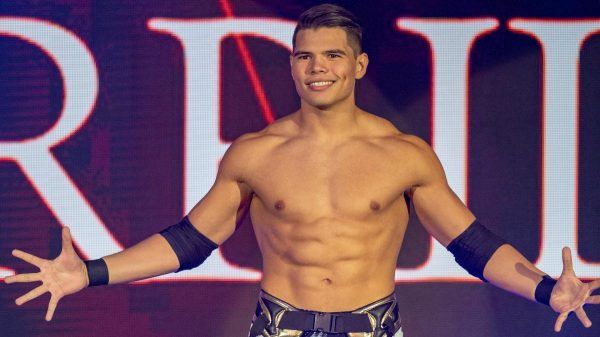 For as quickly as the WWE was pushing Humberto Carrillo up the ladder, they have just as quickly pulled him down.

According to Bryan Alvarez on Wrestling Observer Radio, Vince McMahon is frustrated with Carrillo and has decided to halt his push.

Not at all happy with what happened yesterday. The OC snatches my opportunity to fight for the USA championship, it was imposible for me to return to combat.
On the other hand happy because the championship stays at home🇲🇽 thanks to @reymysterio congratulations! pic.twitter.com/kCMwQ8ILbV

“Vince is done with Humberto Carrillo for the time being,” Alvarez said. “He’s giving him the ‘Cedric Alexander.’ Like you’re still gonna see him on TV. I’m sure he’s gonna win here and there, but like it’s exactly like Cedric Alexander. He got a few weeks, Vince thought he wasn’t getting over, so he’s just — he’s done.”

Carrillo, a 24-year-old native of Mexico, is a third generation wrestler. He is the nephew of Hector Garza and a cousin of fellow current WWE wrestler Angel Garza.

The WWE signed Carrillo in 2018, as he first debuted on NXT. He made his main roster debut earlier this year on 205 Live, challenging Buddy Murphy for the WWE cruiserweight championship.

Everything started as a dream… NOW is real life! Making my dreams came true and bringing the very best every week, every Tuesday Night, every day, every hour, every minute, every second.. I belong to 205Live..I’m 205Live! #Humberto #205live #WWE #🇲🇽 #Monterrey #dinastia #Garza pic.twitter.com/iCC1iAicNf

This past October, Carrillo was drafted to Raw where he faced then-WWE Universal champion Seth Rollins. The following week, he challenged AJ Styles for the United States title, doing the same at Crown Jewel after winning a 20-man battle royal.

Alexa Bliss Returning To The Ring At Starrcade 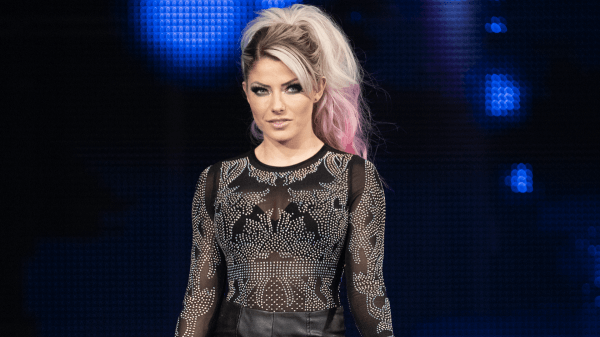 Former WWE women’s champion Alexa Bliss has been off television due to a series of injuries. Now, she is set to return in the fatal four-way tag team matched planned for Starrcade.

Bliss, with her partner, Nikki Cross, will be part of the match for the WWE women’s tag team titles. Starrcade takes place from the Infinite Energy Arena in Georgia this coming Sunday.

Along with the team of Bliss and Cross, Charlotte Flair will pair with Becky Lynch and Bayley will team up with Sasha Banks to challenge The Kabuki Warriors – Asuka and Kairi Sane – for the titles.

The 28-year-old Bliss is a former Raw and Smackdown women’s champion, having also held the tag team titles with Cross and winning the Money in the Bank match last year. She is just the second women’s triple crown champion in WWE history.