RAW In A Nutshell: How Will The Draft Wrap Up On RAW?

Hello again everyone! Another WWE week kicks off with Monday’s latest edition of RAW. This week, the big item right out of the gate is the conclusion of the latest WWE Draft. This one started on Friday’s SmackDown, had some minor moves over the weekend, and will see the last selections happen Monday night. Once RAW concludes, anyone not drafted will be a “free agent”. So how will the draft wrap up on RAW? And, while we are at it, what’s in store for Crown Jewel? With the big announcements last Friday, the event is just a couple weeks away, so things will surely heat up now. Let’s crack open this Nutshell and find out! 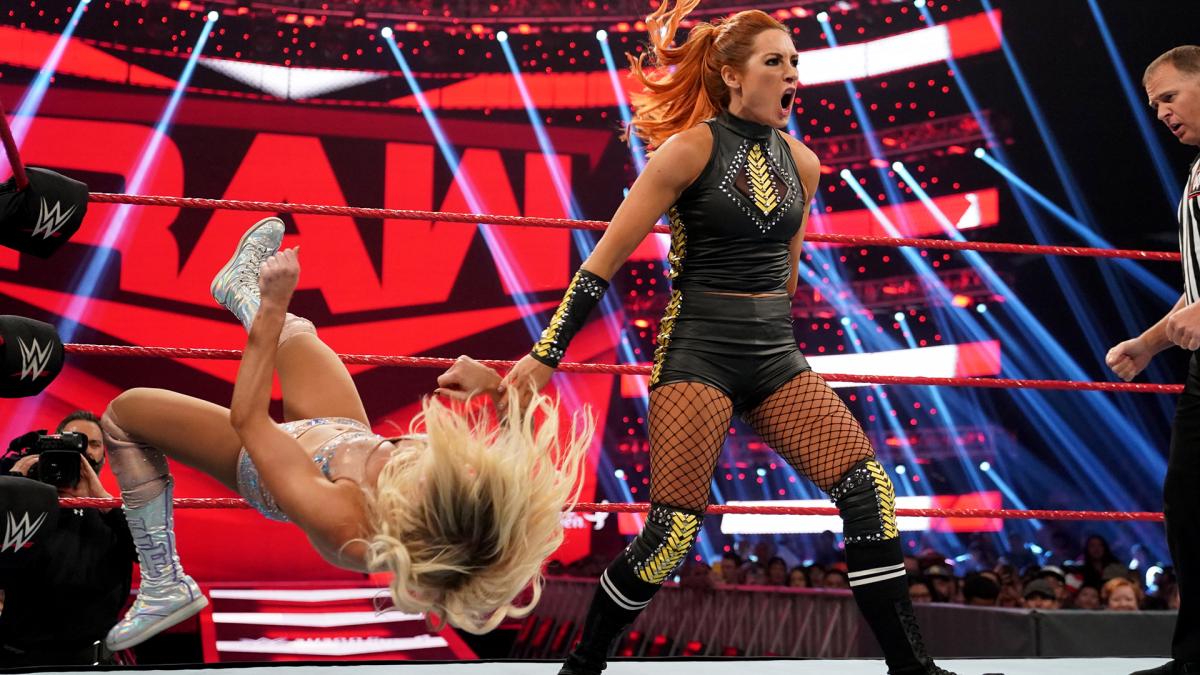 Right out of the gate, the Becky Lynch-Charlotte Flair match was tough to top. Very good action, crowd was into it.

I love tag team wrestling, and have been a big fan of Viking Raiders, in spite of the awful name change. So I enjoyed their match and seeing them become RAW Tag Champs. 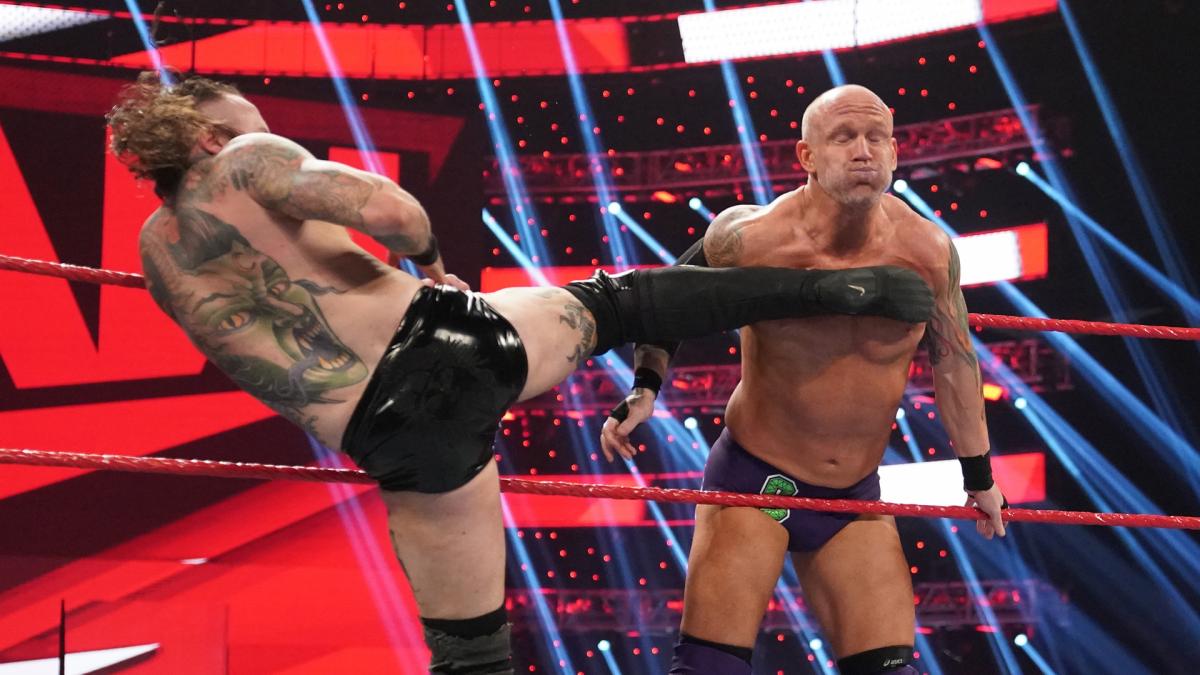 I like Aleister Black…but wasn’t feeling his match with Eric Young. I think that’s largely a reflection on how poorly Young has been used since WWE promoted, then destroyed, Sanity.

I’ll go with Becky and Charlotte for starting the night off right…and Viking Raiders for becoming the new RAW Tag Team Champions.

Cedric Alexander had a crazy looking suicide dive onto Buddy Murphy and into the ringside barrier. Looked wicked.

Rollins opened things up early, saying he was going to go Fiend hunting. Wyatt promised us a new Firefly Funhouse. Silly me, I expected it to be in the arena and live…but instead we got what had to be a produced, recorded piece where Rollins attacked Wyatt on the Funhouse set, and then burned it down. As the set burned, we got the spliced in Fiend shots and his laugh track, which was bizarre considering it was Rollins who was on top of things.

Not quite as bad as when Orton burned the house down…but still not something they needed to do…I don’t think?

After WWE took advantage of it’s NBCUniversal connection to have Jim Cramer of Mad Money hype the draft, the announcers went on to call him John Cramer. Ooops.

Also, Cramer was hyping some guys as if they should be drafted…but Ricochet was on Friday, so clearly it was a canned piece that was just…odd.

No lines…but as much as I used to enjoy Lawler’s commentary…I can’t say I like him back on RAW, even if it is supposedly temporary. 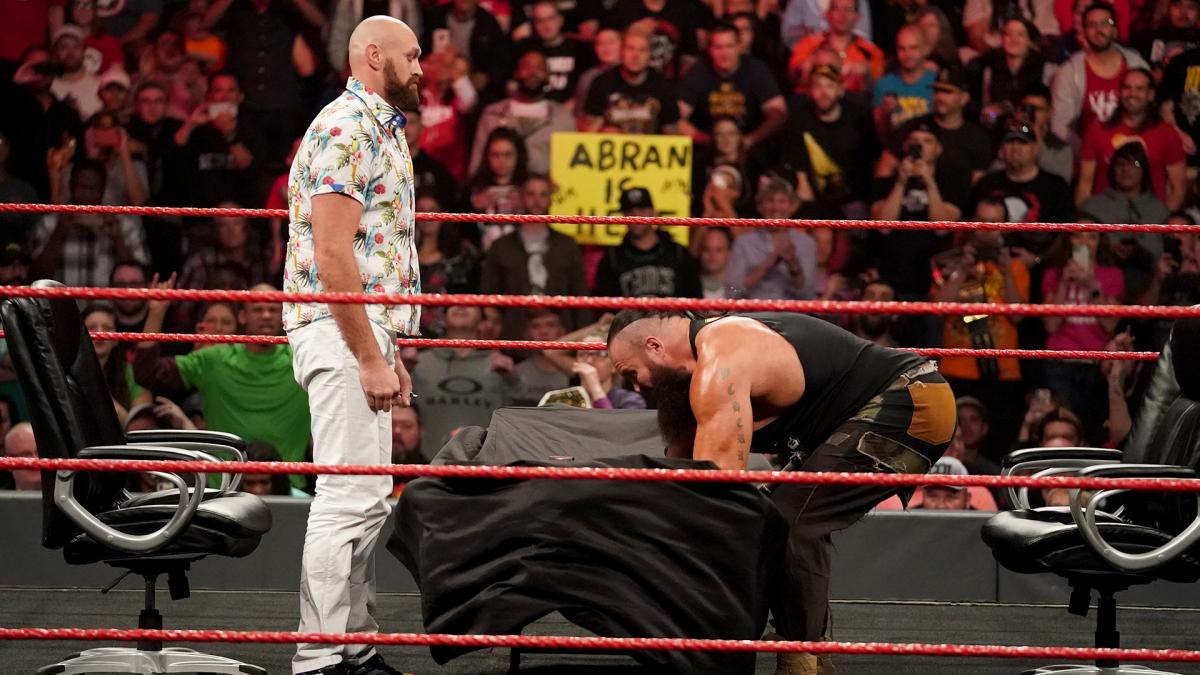 Braun smashed the table at the contract signing. So Tyson Fury…snapped the pen. 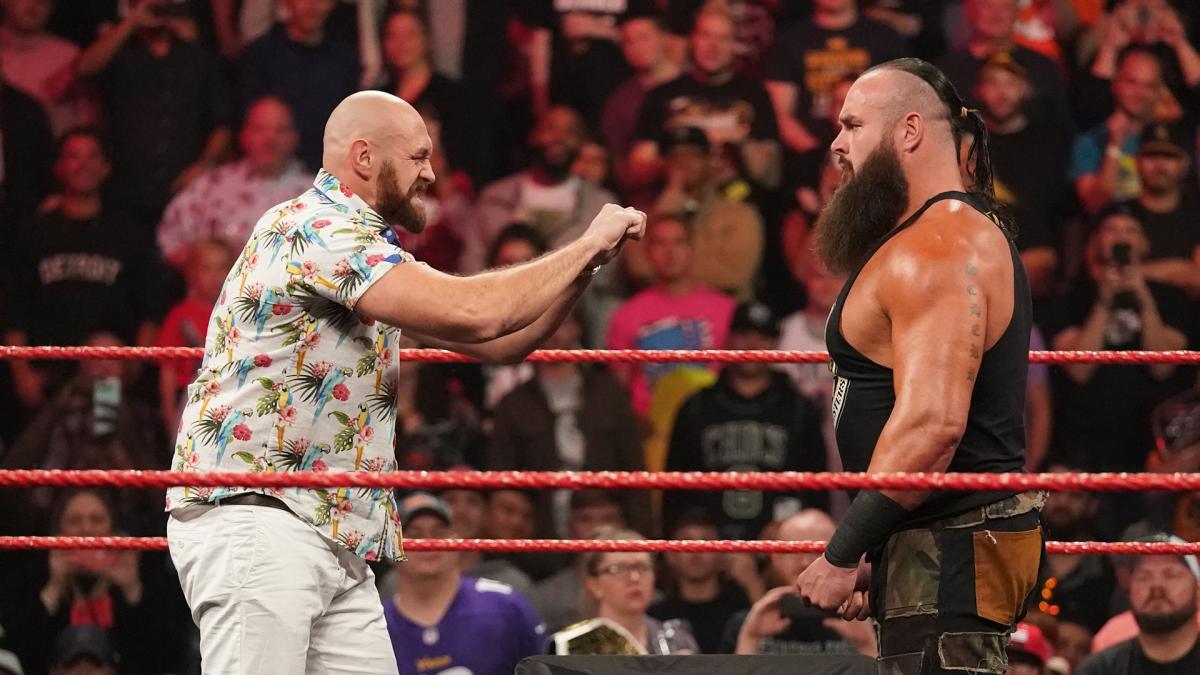 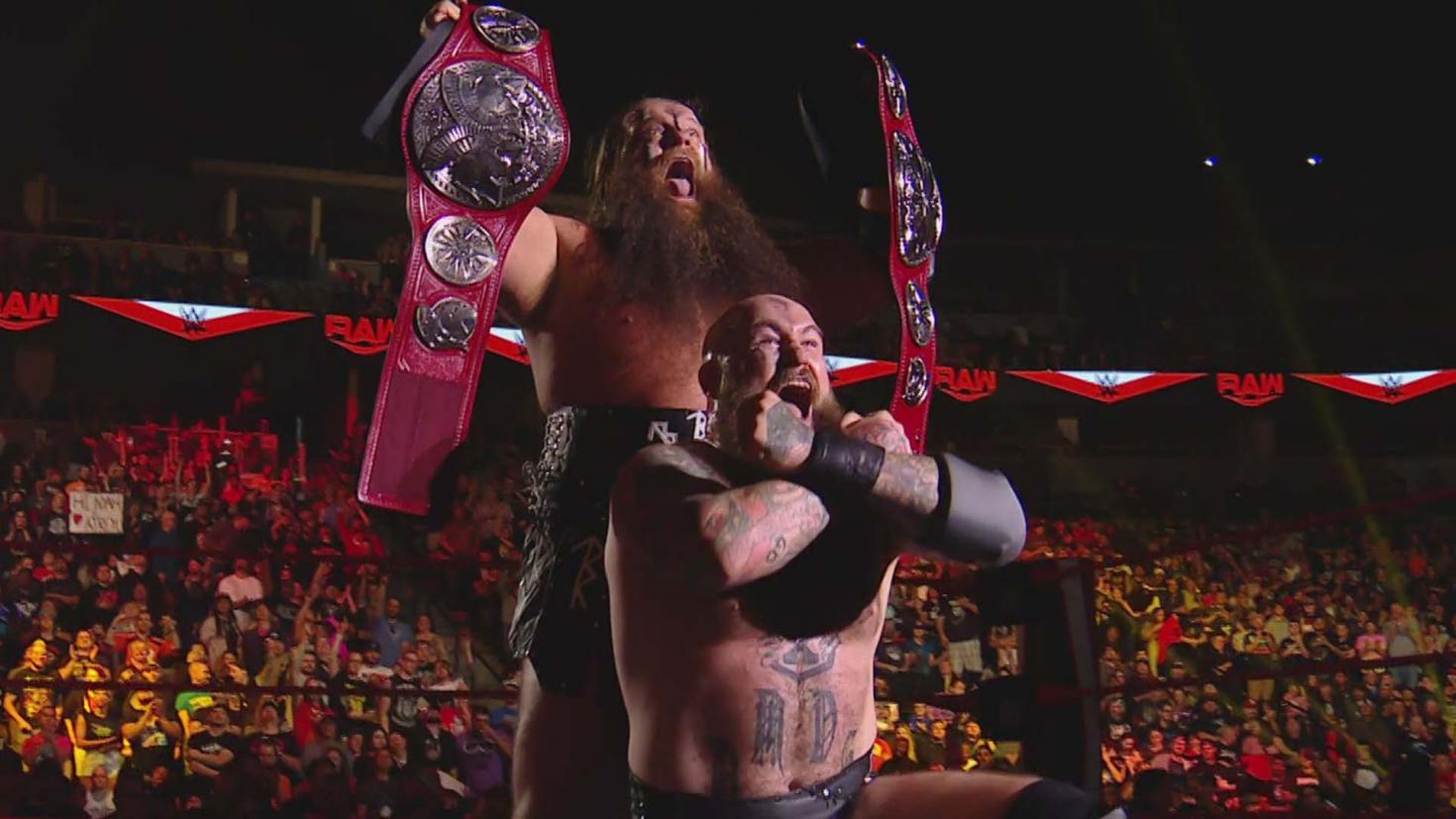 Your new RAW Tag Team Champions are the Viking Raiders.

War Raiders is still a better name, but these guys could do great things with the belts.

Also, want to bet that they get to feud with the Authors of Pain? Seems too obvious…

In one of the first splits of the draft , Carmella is now on SmackDown, with 24/7 Champ R-Truth heading to RAW (though, won’t his title be defended across brands? They didn’t say, but they did confirm that the Women’s Tag Titles would still traverse the brands.

Also, Rowan got drafted, but not a peep about the seemingly still unhappy, man who has not re-signed, Luke Harper. I have to think there’s something to that.

Liv Morgan is WWE’s version of Mr. Irrelevant (though in this case, Ms. Irrelevant), as the final pick of the draft.

It was terrible when WWE had Colin Jost (and Michael Che) get involved with Braun Strowman, which led to a clash at this year’s WrestleMania.

It was terrible, and a waste of time, to have the duo appear on tonight’s show, with Che basically saying that Jost has still been ragging on Strowman since ‘Mania.

With Strowman already tied up with a non-WWE star, here’s to hoping he doesn’t get sucked up by yet another pointless, non-wrestling feud.

And…another week, another forgettable vignette with Bobby Lashley and Lana. I hate this angle, to be honest. It’s just not something we need to see on WWE; I don’t think it’s somewhere WWE ought to go in any program.

Also, while I get that the brand split wouldn’t be like, iron-clad, until the draft concluded…we already knew Braun Strowman was drafted to SmackDown. There already was an event in Vegas announcing the Strowman-Fury tilt at Crown Jewel. As entertaining as the contract signing might have been, it just seemed odd to have RAW have a SmackDown talent front and center.

Well, WWE seems to be going full bore with the idea of making things a bit more legit, even though it’s all manufactured. As the draft concluded, the draft panel reminded us that anyone not picked was a free agent…but then Booker (of course, as a way to draw viewers into the preview of Backstage tomorrow night), said there was a rumor going around of a big trade between the brands.

My guess, it will involve Carmella and R-Truth. Because that’s the kind of swerve we get…

Otherwise, my highlights are the Becky/Charlotte match, Viking Raiders win and Buddy Murphy versus Cedric Alexander.

I will give the announce team credit-they did a good job building up the rounds of the draft, but every guy as it got later was a “possible steal”. Also, not that they weren’t, but the “draft war rooms” looked super-staged, and of course, pre-recorded. I would have rather seen a shot of the Superstars as they learned of their new homes instead (remember when they did that, like showing the NXT roster as some of those Superstars were drafted to the main roster during prior drafts? Those moments were fun and felt a lot less manufactured).