RAW In A Nutshell: Saying Farewell To Summer With A Bang

Well, it's the final RAW of the summer. That's if you, like most, consider Labor Day to be the conclusion of summer and there was major heel turn.

Well, this is it folks. It’s the final RAW of the summer (if you, like most, consider Labor Day to be the conclusion of summer). It’s the last RAW that doesn’t have to deal with football until basically next year. There is a lot going on, so tonight RAW is saying farewell to summer. We’ve got a few big King of the Ring matches as we inch ever closer to the finals. Clash of Champions looms large as that PPV is rapidly approaching. Let’s crack open this Nutshell and see how things unfolded! 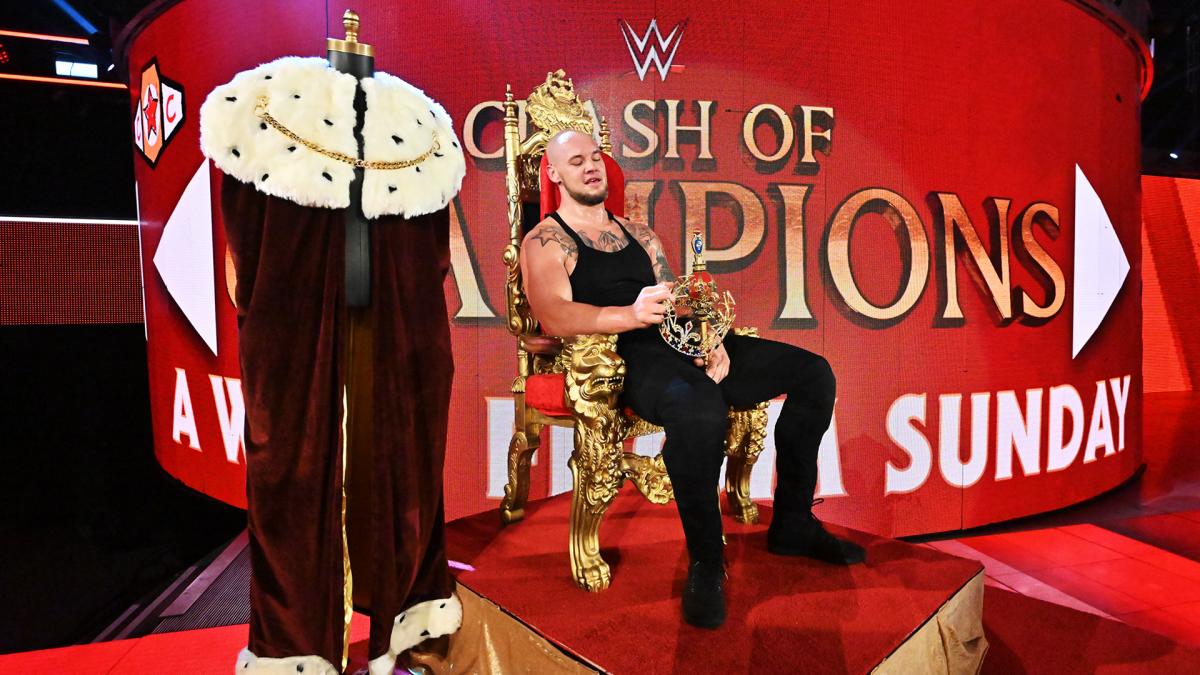 Cedric and Baron Corbin. Seriously good match, both men looked great. Cedric taking the loss is OK here. WWE can either put Corbin over in a big way next week, or, well, we shall see. But, considering Alexander took a backstage beating beforehand, he was protected tonight. Also doesn’t hurt that he got plenty of offense in. 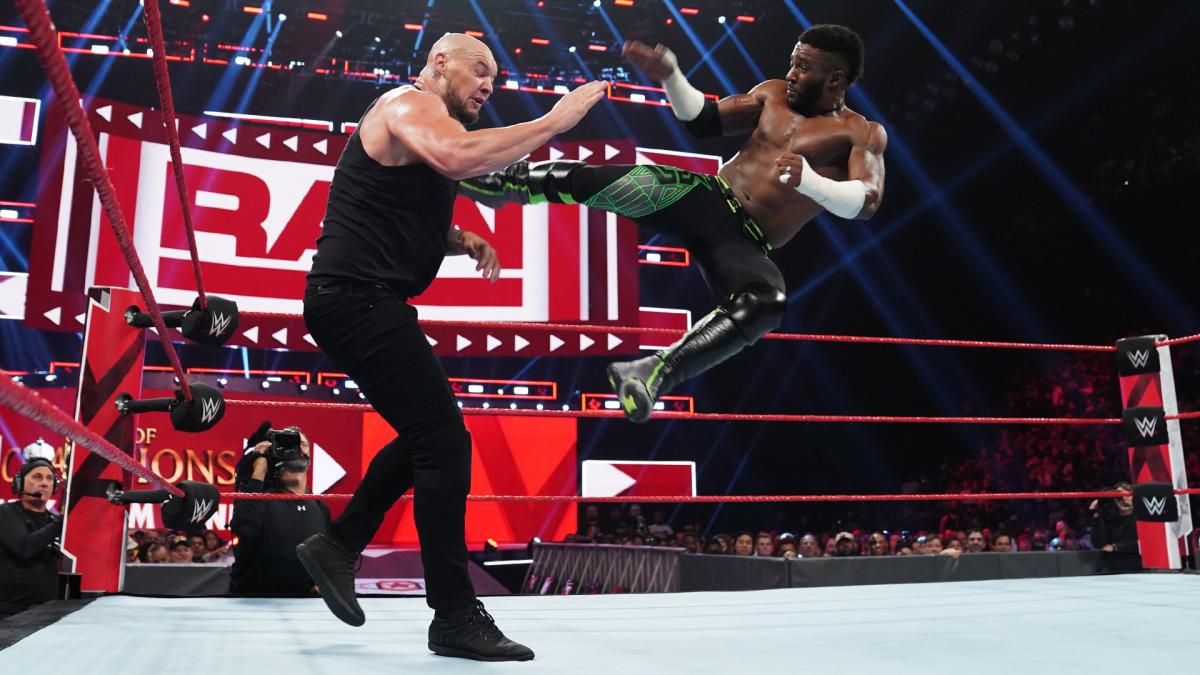 Miz and Cesaro didn’t wow me. 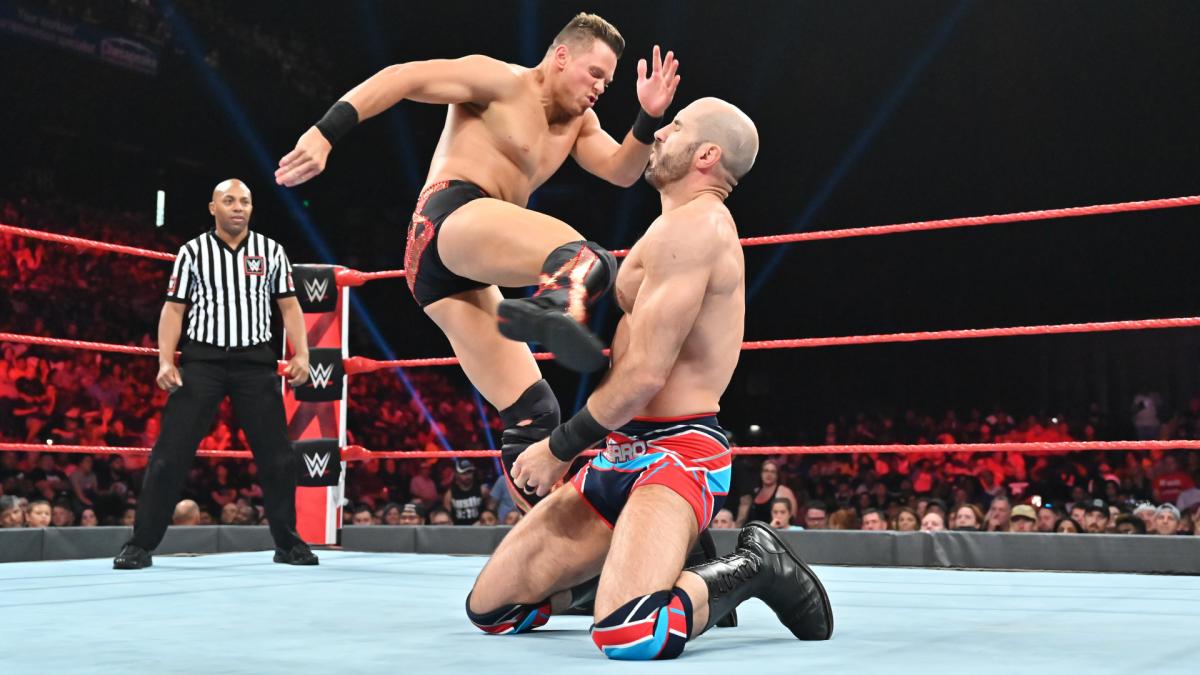 Also, while the squash is fun, it’s time for Viking Raiders to get some legit competition.

I’ve got a couple here.

Even in a loss, Cedric looked awesome as usual. He’s becoming a true star, but let’s hope WWE doesn’t screw it up. 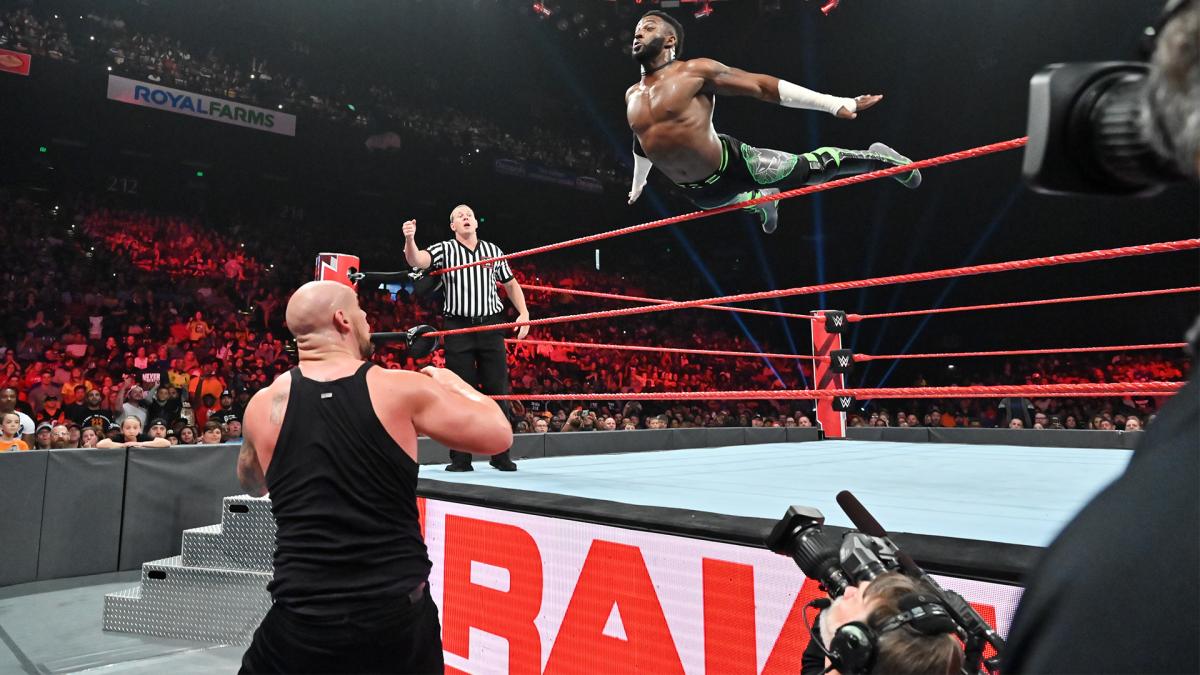 On the other hand, Bayley’s turn was done well, and was overdue I think. See, WWE, you CAN turn a once-popular face and breathe new life into the character…

How about when the Viking Raiders gave that jobber the Viking Experience? Seriously, that guy caught major air. 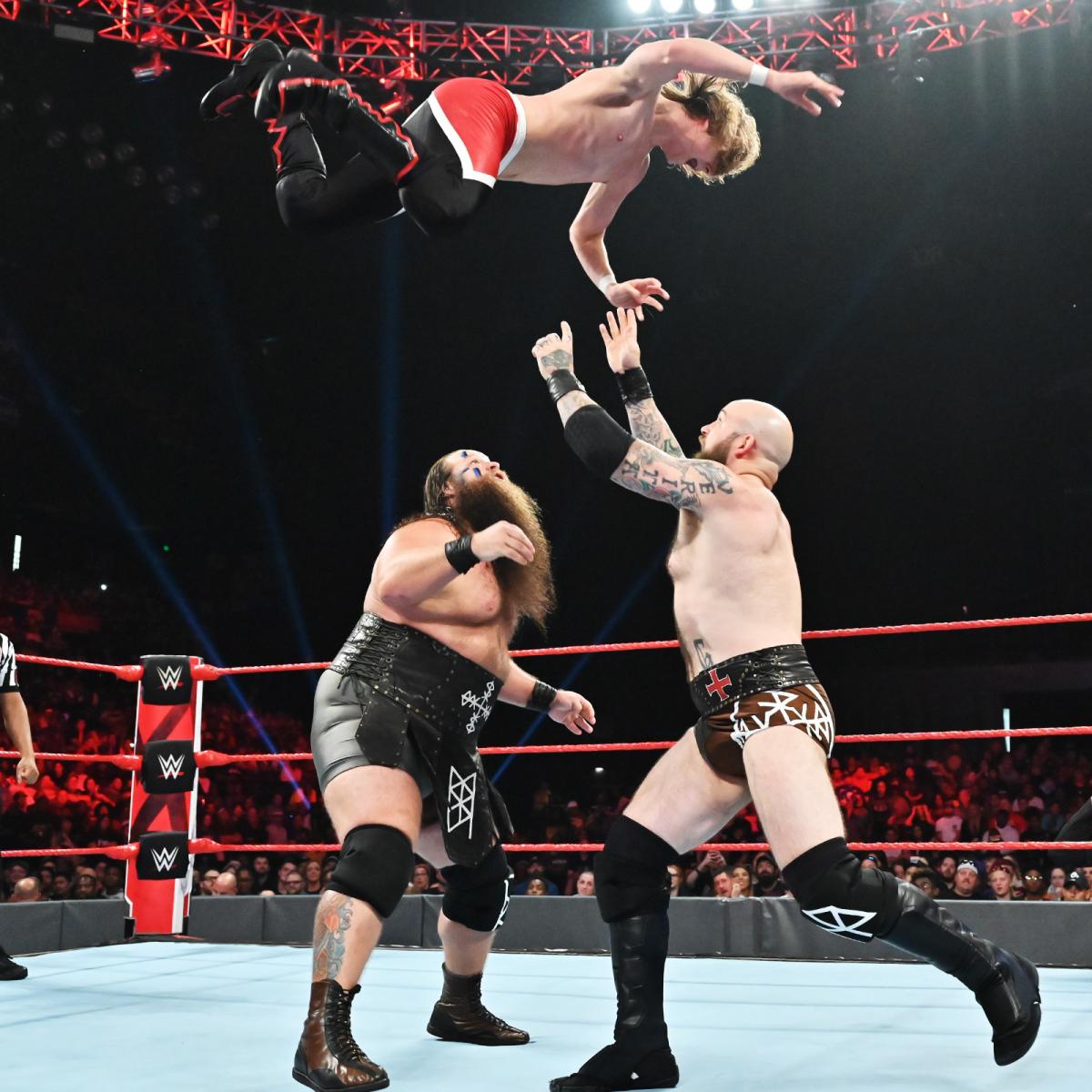 Brian Thomas and Tyler Hastings, no doubt. Went for the cheap heat in Baltimore and got put down quickly by the Viking Raiders. 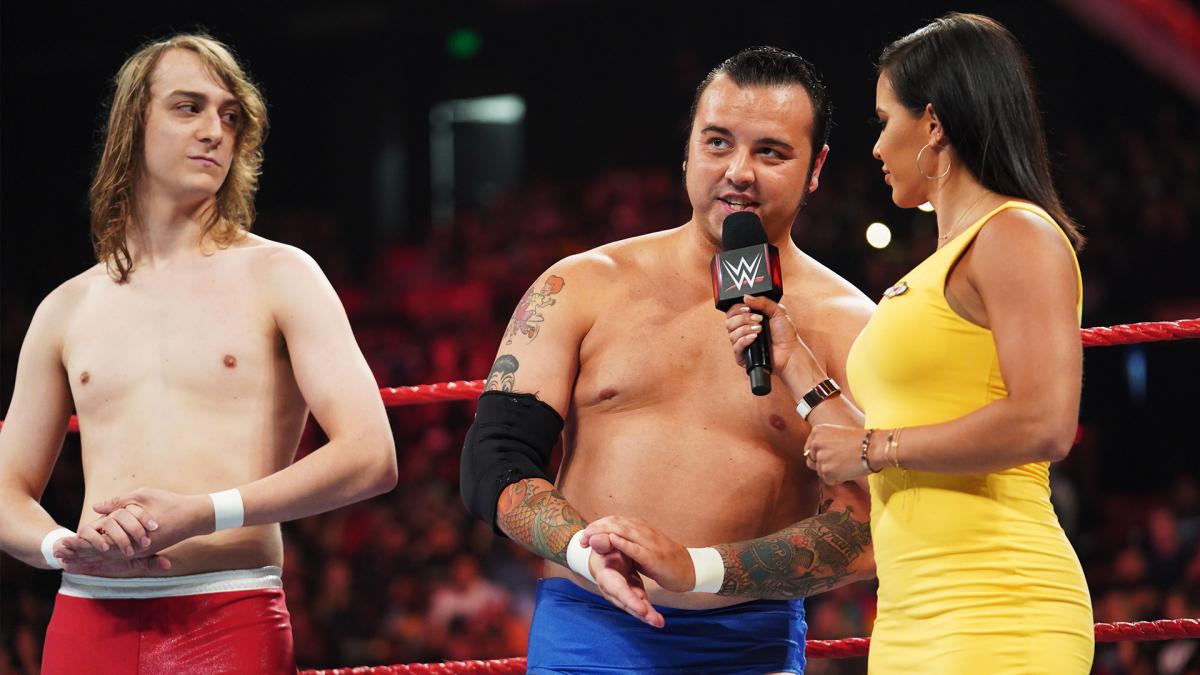 Not in a match, but Baron Corbin was certainly upset to learn that, instead of him getting a bye to the King of the Ring finals…he’s getting to face both Samoa Joe and Ricochet in a triple threat match next week.

Had a few beatings tonight worth covering, but they were just the appetizers.

The OC was running wild tonight, putting the boots to Rollins and Strowman (and giving us a Stone Cold Steve Austin contract signing next week), as well as Cedric Alexander. 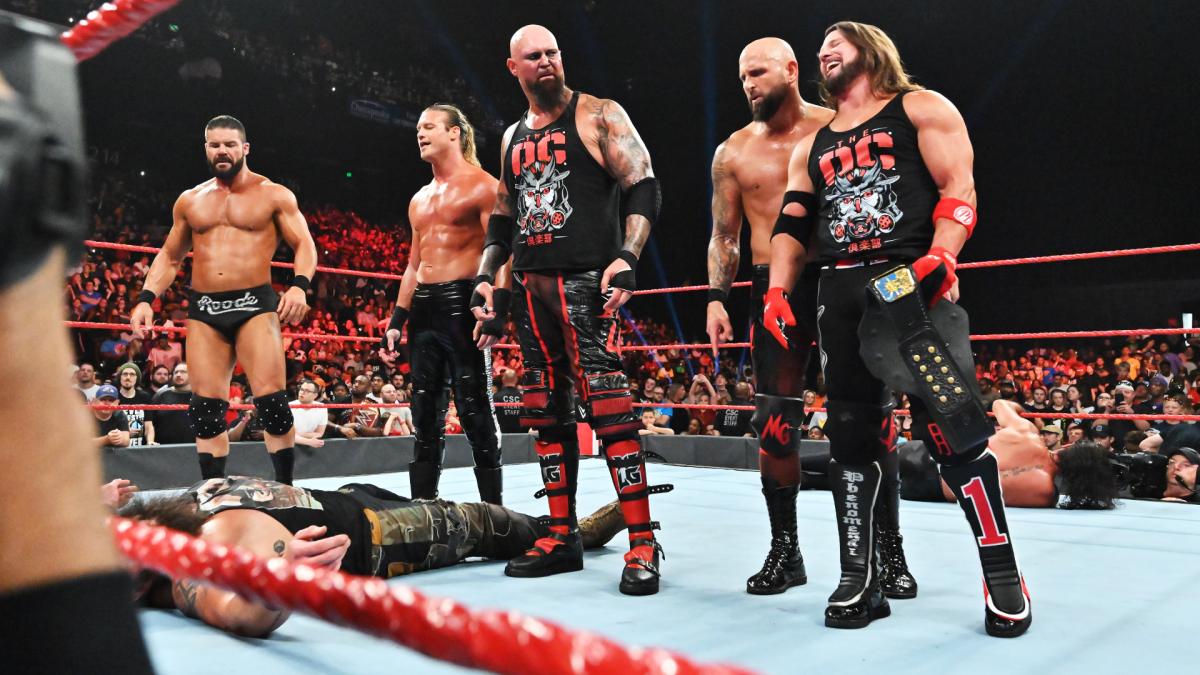 The big one though? The perhaps long-awaited Bayley heel turn. Seriously, her matches the past few weeks have been painful to watch, but there was something about her tonight before the turn that had made me think…she’s turning tonight. The backstage interview, she seemed ticked off. Her makeup seemed overdone and evil. And with the women going on last, it just clicked. And the fans ate the turn up. 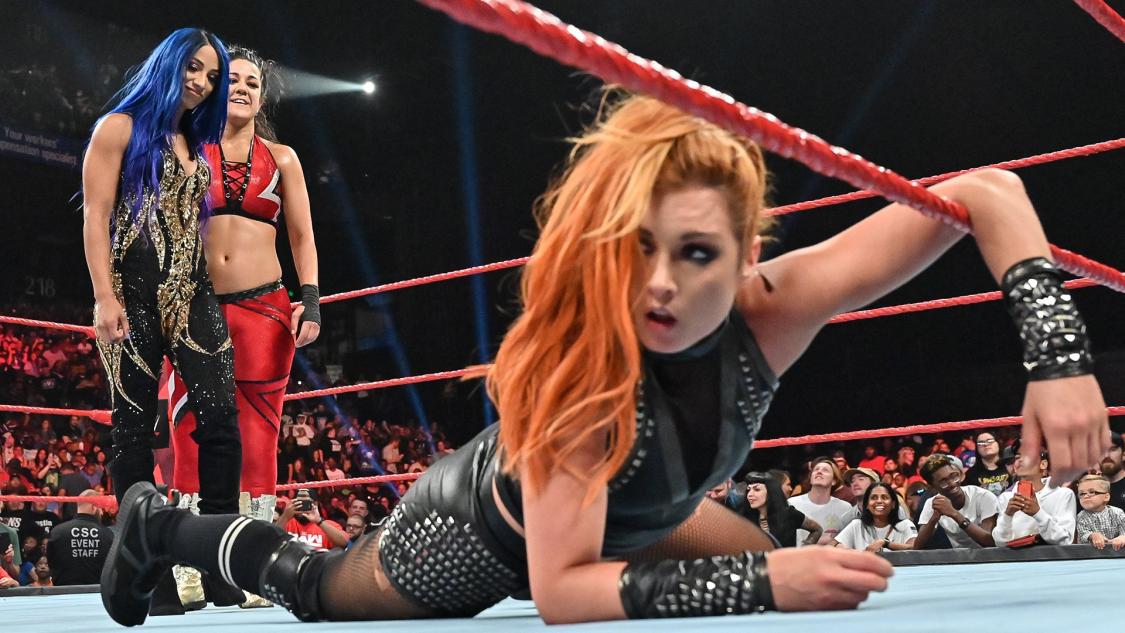 Nikki Cross and Alexa Bliss looked like they botched a tag. I mean, Nikki sure thought so, as she went for a tag, appeared to miss it, laughed and tagged Bliss again.

Becky Lynch and Sasha Banks is official for Clash

Strowman and Rollins will try to sign their contract next week, having that moderated by Stone Cold in MSG. 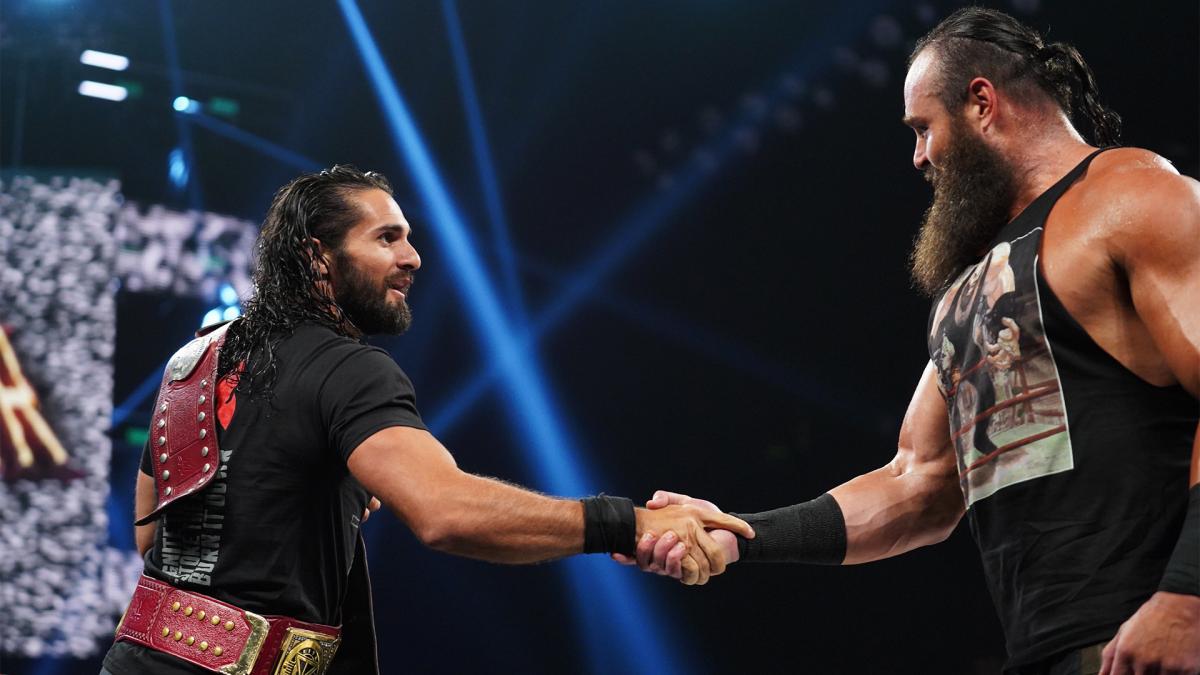 Interesting Firefly Funhouse, bringing Vince in as the devil and soothing him with money and whatnot. Maybe it’s me, but that seems like something Heyman had a hand in.

Bayley seems to have aligned herself with Sasha Banks, as the two took turns hitting Becky with a chair to close the show.

Honestly, a pretty satisfying show. I have no complaints. 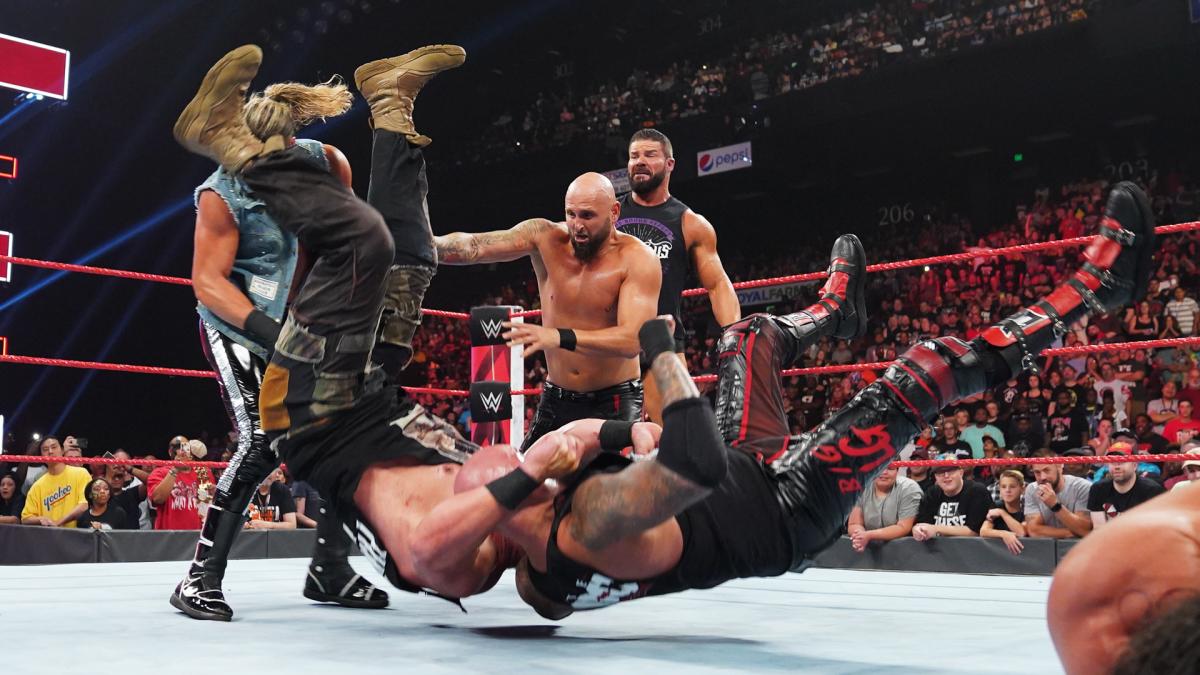 This was a strong show, in my opinion. The OC looked good. They played on what the fans are thinking relative to one of Rollins or Strowman turning. Cedric might have lost, but he looked like the star he’s becoming nonetheless. Joe and Ricochet were great, and we get more of that next week. Closing the show with the turn was awesome.

A really strong show, and it’s worth saying again: Monday Night Football (like it or not) returns next week. That will likely chip into the ratings a bit. If WWE continues with better shows like this one, they may be able to keep the ratings in the right direction.