Bully Ray, also known under his former name Bubba Ray Dudley, has called out the WWE's weird standards for their PG-friendly wrestling programming.

Bully Ray, formerly known as Bubba Ray Dudley from the Dudley Boyz, has called out the WWE on its weird standards where PG-quality television is concerned. He calls out the company in response to his current character not being approved for WWE television some time ago. Here is the story.

No Bully Ray, But A Firefly Funhouse?

The former WWE veteran has been keeping a close eye on the WWE product, even though he left the company some time ago to resume his work in the indies. Upon encountering the latest episode of the Firefly Funhouse, featuring an even more disturbed Bray Wyatt, Bully Ray took to Twitter to respond.

ps…We cant use the name “Bully” but smashing a rabbits brains out with a Sledge-O-Matic is totally cool. 😂😂😂#BeA⭐️#RAW@BustedOpenRadio

Where Does This Come From? 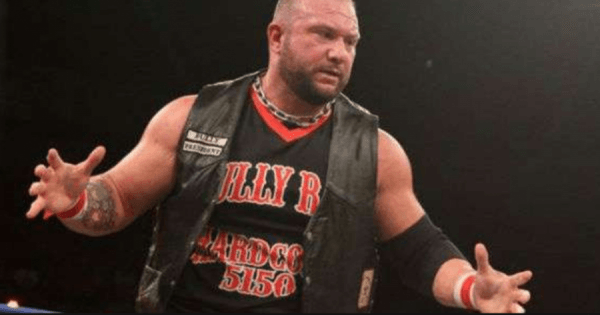 To understand the Tweet from Bully Ray, we need to take you back to a time where he was still Bubba Ray Dudley in the WWE. At the time, Bubba Ray Dudley introduced his Bully Ray character to the WWE, but the company found that they could not use the name “Bully” in a PG product. With the recent episode of the Firefly Funhouse, Dudley had some choice words released on his Twitter.

It is not difficult to understand why Dudley is pointing to the seemingly double standard in the WWE. They were afraid to use the name “Bully” and even changed the name of The War Raiders to the Viking Raiders, simply to avoid the word “War”. Yet, they have the Firefly Funhouse showing Bray Wyatt smashing a rabbit’s brains out with his Sledge-O-Matic. Double standards or a result of the recent Attitude Era revival on Raw?

Of course, I could take it one step further and look at the WWE’s contract with Saudi Arabia. The company positioned itself as one of the frontrunners of the women’s evolution in Wrestling, only to go to a country where women are not allowed to wrestle. Of course, you cannot forget about the country’s reputation, which includes the country being the third largest executioner in the world according to Amnesty International and being responsible for the death of 40 Yemen schoolchildren. Being a “politically correct” company – or so the WWE would let you believe – how can you justify this? To bring culture and change the world? It’s a weak excuse to say the least.

The WWE is all about money, which is the reason why they reintroduced the Attitude Era to regain the fans they have lost and to prevent the further loss of fans. Of course, people who have worked for the WWE over the past ten years have quite a strong opinion about it, especially since they had missed opportunities because of the company’s censoring policy.

Evidence shows that there is a double standard in the WWE. You only have to look at how scattered the current Raw product is, with the third hour becoming “edgier”. Saudi Arabia, the women’s evolution, and similar subjects show a clear double standard in the WWE. It seems like a smoke and mirrors environment, so I certainly understand Dudley’s reaction to the latest Firefly Funhouse episode.