RAW In A Nutshell: April Ending With A Bang In ThunderDome

It's the month's final RAW In A Nutshell, and WWE is aiming for an April ending with a bang in ThunderDome, ahead of Backlash next month!

It’s our final RAW In A Nutshell for the month, and WWE looks to have April ending with a bang.

Easier said than done? Perhaps, but they’ve got to try.

We’ve got some interesting storylines in play, so there’s a chance of April ending with a bang.

Of course, it could also end like a dud…but let’s try to be optimistic, right?

So, last week we saw Charlotte obliterate officials…where will that go? We know she was fined and suspended, but we know how good those are…

Drew McIntyre and Braun Strowman are set to fight Dio Maddin and Domini Dijakovic. Or, Mace and T-Bar, if you prefer.

Last time those four tangled, the former Retribution members got the last laugh…so will their April end with a bang?

Plus, with WrestleMania Backlash creeping ever closer…April ending with a bang would go a long way toward setting that show up.

So, with all that said, we’ve got one thing left to worry about. Its time for…

RAW In A Nutshell: April Ending With A Bang

I enjoyed the main event for what it was, though yes, not the best main event. 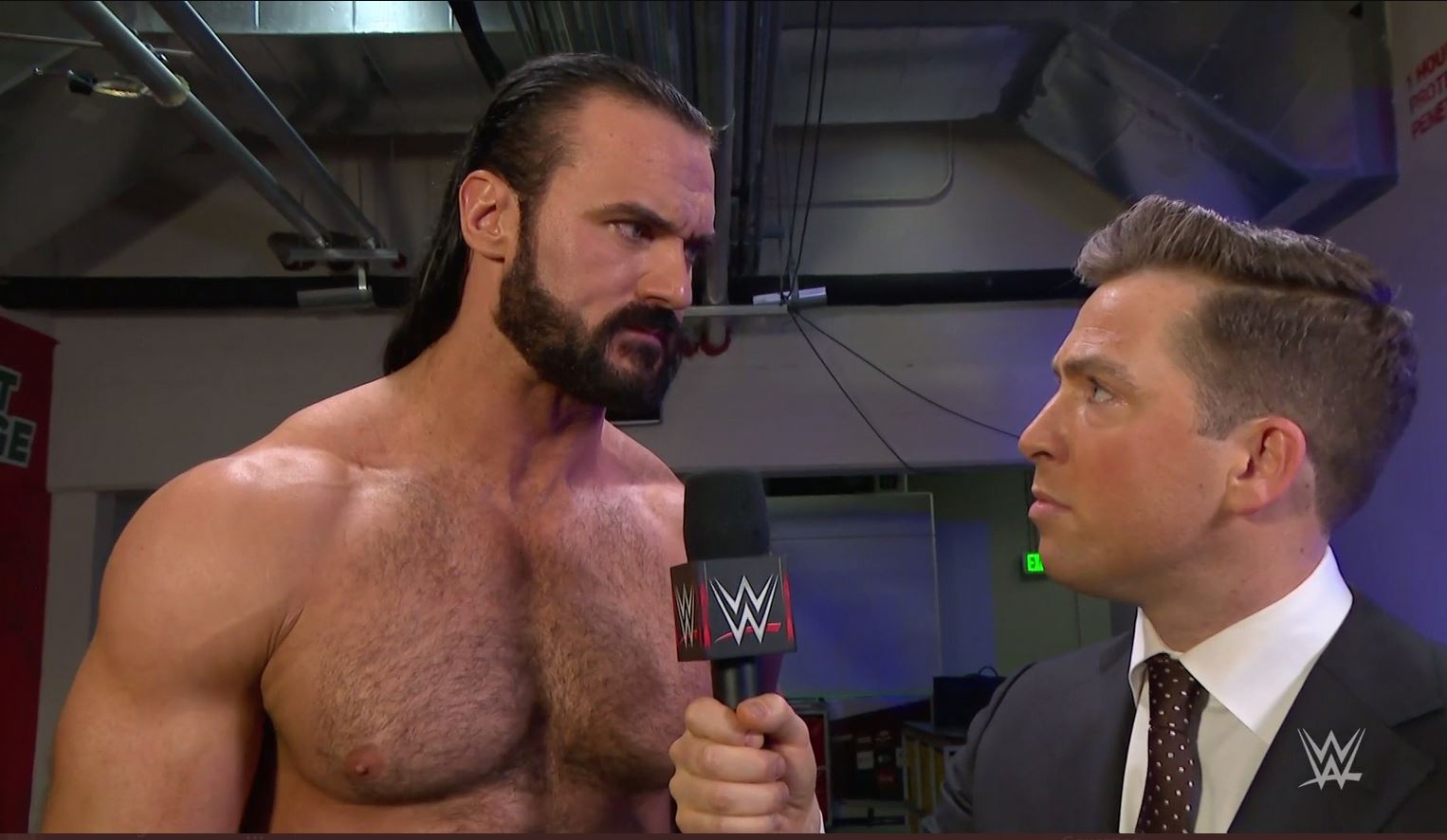 Just not into Charlotte versus Mandy. If they had live fans in ThunderDome, it could have gotten ugly. 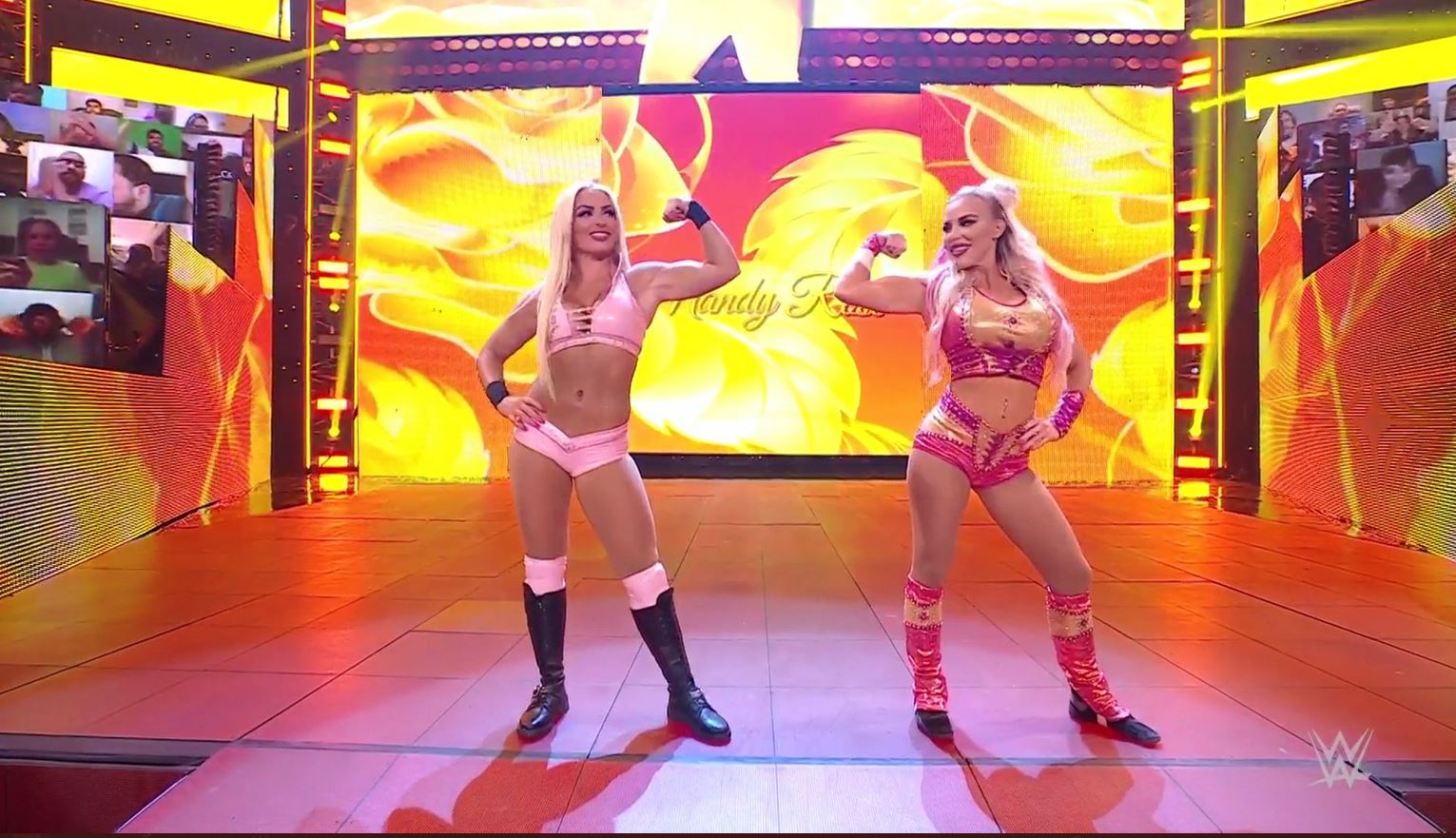 Nothing major for the most part…but…

This night, in my heart, belongs to RKBro. ThunderDome loved it, live fans inside ThunderDome would have too. 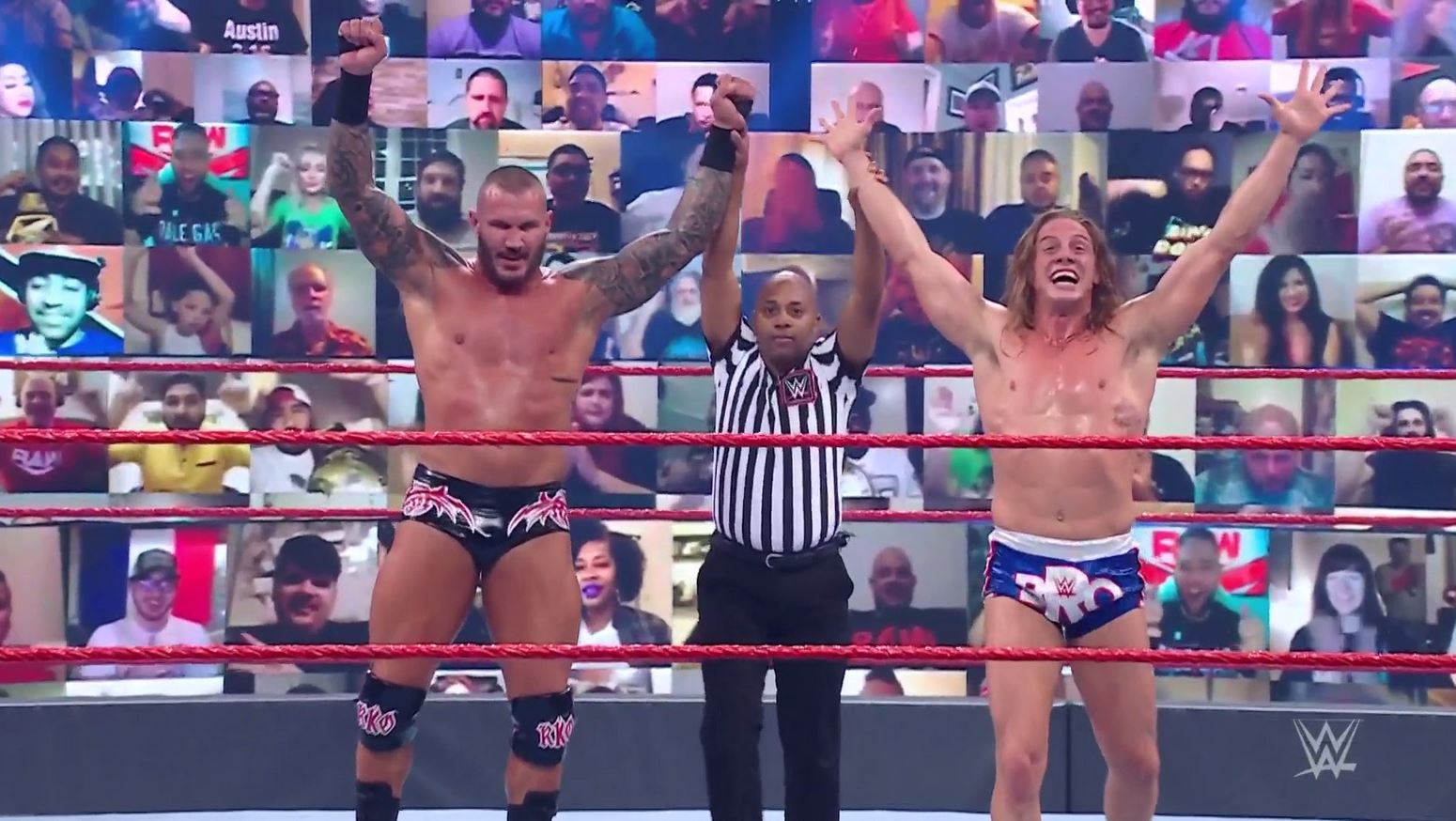 Maybe…just maybe…this is a program that gets Riddle some better traction. Teaming with, and/or working against, a Superstar like Orton…could be great.

I suppose we can go with Nia, using the flowers from Angel Garza, to put a sort of hurt on Mandy and Dana.

I wonder if WWE would actually push Humberto Carillo that much now…but I think I want to see it.

This is all about who got upset as in angry…

..that flying fool Dumberto attacked me before I could even get me bleedin’ coat off! 😡 #disgrace #wweraw pic.twitter.com/t3BHYJtLBO

Seriously, not even one show.

We saw Sonya DeVille sneak Flair in the “back door” of ThunderDome, and now we have drama brewing in the leadership suite.

Some botches on commentary…I will chalk those up to the trio still working on chemistry.

Strowman didn’t land right on his superplex…landed more on his butt and lower back, and it looked every bit of it.

Really not a good night for Braun…come to think of it, he struggled with the opening too.

Just…a couple weeks in, Adnan Virk just has not yet grown on me. Not saying he won’t…but so far, he has not.

Banter between the seemingly new team?

Orton: What planet are you from?

Orton: We have nothing in common…

Riddle: Except, we’re both from Earth?

Watch the replay if you didn’t catch it live. I swear it was one of the better comedy segments for Riddle.

As much as I disliked some stuff (see lowlights), I am at least able to admit I am intrigued by what WWE is going to do with Sonya now.

Having her undermine or circumvent Adam Pearce relative to Charlotte Flair is worth watching play out. 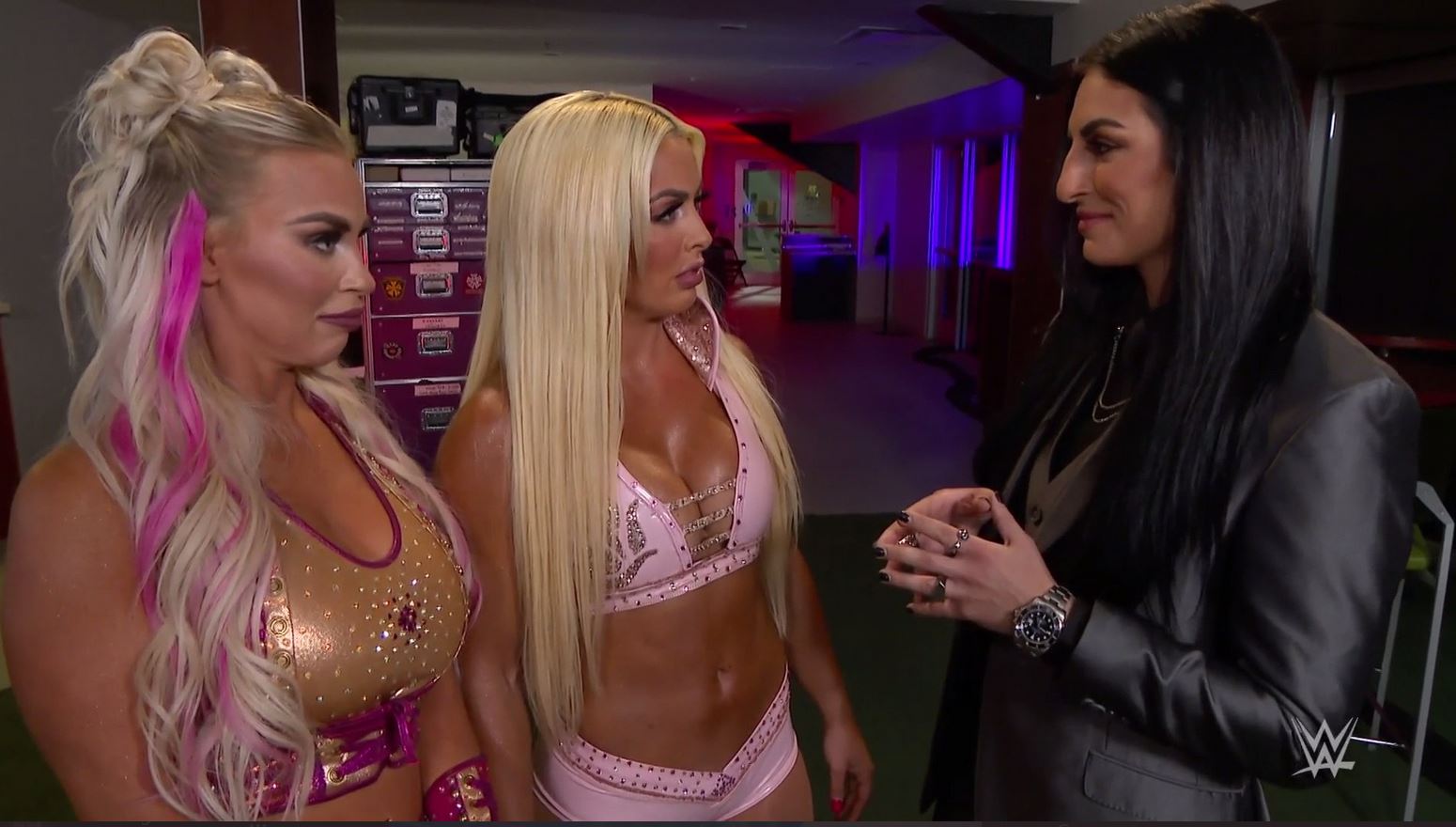 Also, could Eddie end up becoming Charlotte’s own “personal ref”, not unlike her dad had with Charles Robinson.

Kind of don’t like the whole Charlotte program tonight. 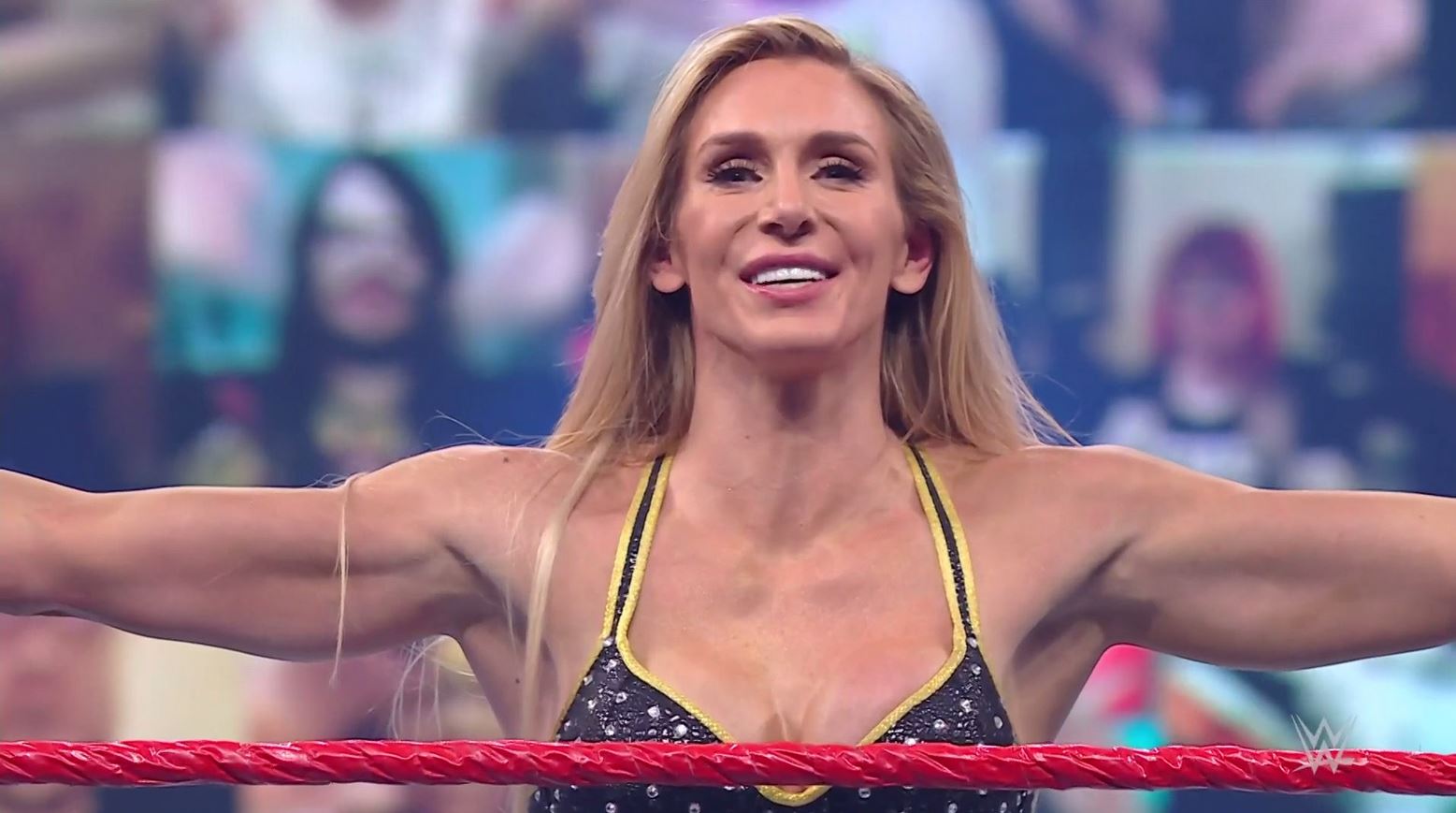 Well, here we are, one week later…and Flair is back? So, no time off, since no shows happened for RAW since last Monday.

So what was the point? To let Sonya DeVille do more and undermine Adam Pearce?

Plus, to add insult to it all…as Flair gets in the ring, she had Eddie the ref open the ring ropes for her? This was after she made him apologize to her, even though SHE beat him up.

Look…I get, WWE needs fans to suspend logic a lot. This one was one time it bothered me.

Also not loving how DeVille ignores the bullying behavior from say, Nia Jax and Shayna Baszler…but gets annoyed by Mandy Rose and Dana Brooke. Yes, I know this is how heels are…but some times, a little more consistency would be great.

The main event, and all the interaction through the show, between Drew and Braun and MVP and Lashley was strong.

I really am curious what happens with T-Bar and Mace. Like, will they reveal some new leader?

Because they involved themselves in the main event, but you could say they didn’t do anything that helped Lashley this week. And…poor Slap-Jack is just gone…at least we know where Mia Yim is supposed to end up...

Not a bad RAW In A Nutshell, all things considered. Did quite a bit to build up WrestleMania Backlash.

Actually has enough going on that it likely put quite a few foundations in place to run things until SummerSlam.

So that’s it…our last RAW in a Nutshell for the month, and I think we may have seen April ending with a bang in ThunderDome.