Former WWE Hurt Business member Bobby Lashley recently admitted that he was heartbroken when the relatively new faction split up.

During a recent interview, Bobby Lashley admitted he was heartbroken when the WWE Hurt Business split up. Unfortunately, the faction ceased to exist during the runup to WrestleMania 37.

Bobby Lashley may be a new dominant champion, but that doesn’t mean he does not mourn the loss of his faction. In fact, Lashley recently admitted he struggled with his faction splitting up.

“It hurt my heart, to tell you the truth. It was something very special. In the wrestling business, it’s very seldom that really special things come together and you see so many people get behind it. Ultimately, business is business. Originally, the Hurt Business was started by MVP and myself. We brought people on that deserved a chance. They took it and ran with it, but the Hurt Business is not over. We’re just making some adjustments. In the next few weeks, we’ll see how those adjustments pan out.”

The statement from Bobby Lashley tells us several things. First, it seems the faction was something special for all the men involved.

More interestingly however, it seems the Hurt Business might be returning. So, the so-called split could only be for a short period of time.

While not everyone was on board with The Hurt Business in the beginning, they did end up with quite a following.

But based on what Bobby says, The Hurt Business is anything but over.

Time will tell just how long it will take for the Hurt Business to return. Of course, it also depends on the fact if Vince McMahon is on board. 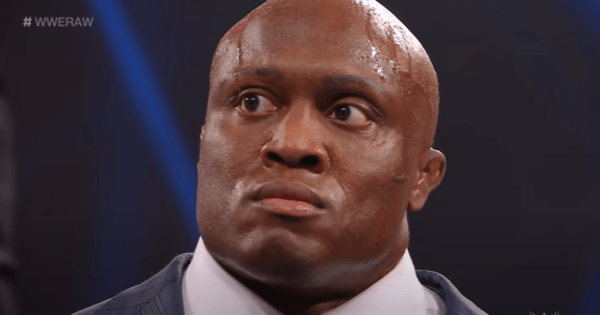 For wrestlers, it has been an odd year with wrestlers only in attendance digitally. So, how did Bobby Lashley adjust to having fans back in the arena?

“Having the fans back, I mean we love the fans. And the fans love us. It’s like a long distance relationship when you finally get back to people.”

“When I came out I could hear them when my music was playing. But then I walked out from the curtain it was like ‘wow; here you go!’ It was an amazing experience. I hope we can do it a lot more in the future.”

“If you see me on stage I was trying to stay still but I couldn’t. I was bouncing all over the place, my adrenaline was up like crazy. Some of the guys who weren’t even wrestling yesterday were jumping up and down.”

As expected, Lashley was quite excited to see fans return to the arena. Of course, we are sure this was the case for most wrestlers on the roster.

But despite the return of fans, the danger of coronavirus is far from over. Even after all this time, the WWE still has to stick to some rigid rules when it comes to fans in attendance.