Which Is Your Dream Fantasy Faction From AEW And WWE?

Have you always wanted to create a dream faction with wrestlers from AEW and WWE? And if so, who would be in your fantasy faction?

With so much wrestling these days on WWE and AEW, we can easily make up a dream faction among those promotions. Of course, there are countless options available, so which did we choose?

And most importantly, what is your dream faction across AEW and WWE? 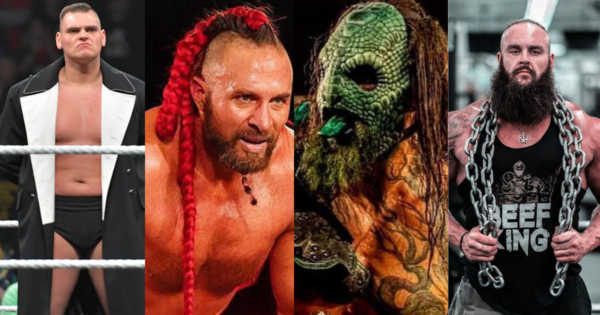 Imagine a dream faction made up of the scariest, biggest men in WWE and AEW. Well, a monster fantasy faction is certainly first on our list.

Naturally, there were many men to choose from. But in the end, our monster faction consists of Luchasaurus, Braun Strowman, Lance Archer and WALTER.

A fantasy faction with these four wrestlers would be absolutely unstoppable. After all, each of these wrestlers strike fear in the heart of their opponent.

Size can make a huge difference in the world of pro wrestling. In fact, I don’t think any team could beat these four men if they were to band together. 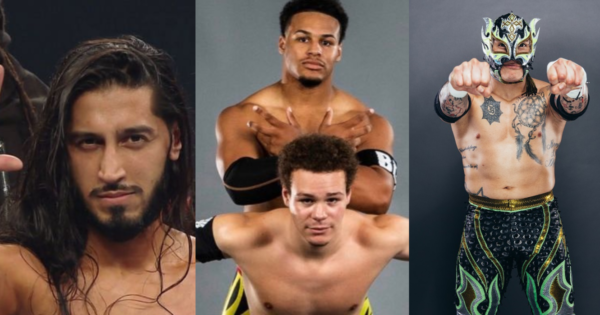 Highflyers have always been some of my favorite wrestlers. Naturally, this also meant it was quite difficult to choose the perfect men for my highflyers faction.

But in the end, there were a number of men that stood out above the rest. For the highflyer faction, I chose Rey Fenix, Top Flight, and Mustafa Ali.

Top Flight is relatively new in the pro wrestling circuit, as both men are still quite young. But in spite of their young age, they have certainly impressed AEW fans.

Rey Fenix on the other hand is quite experienced, previously spending time on Lucha Underground. However, he has been left in the shadow of his brother Penta (Pentagon Dark).

Finally, there’s Mustafa Ali. Ali has shown he has the metal to lead a faction and has improved dramatically on the microphone. Together, this could be quite the lethal combo. 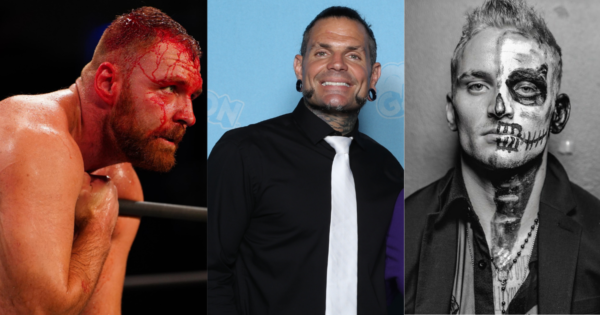 Some wrestlers will put everything on the line to defeat their opponent – even taking it to the extreme.

This faction has a little bit of everything. Of course, there are also some similarities, especially when you compare Darby Allin to Jeff Hardy.

Darby and Jeff both seem to have no fear when it comes to jumping from great heights. This makes them great additions to any hardcore dream faction.

Finally, you have Jon Moxley who does not seem to shy away from things such as barbed wire and explosives. Needless to say, he’s a great leader for this hardcore faction. 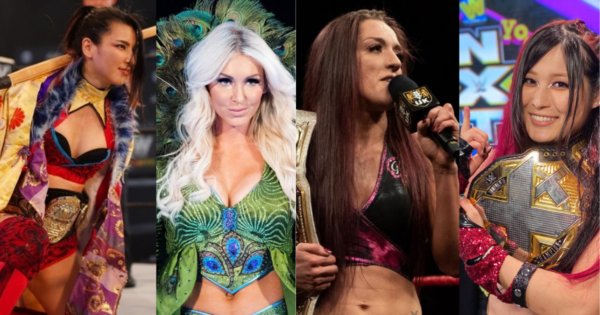 It is extremely difficult to choose just four women out of the amazing wrestlers that are currently on the scene. But in the end, we went with Hikaru Shida, Charlotte Flair, Kay Lee Ray and Io Shirai.

You may have noticed I picked three women from the WWE and only one from AEW. At the end of the day, the WWE has the better women’s division at this point in time.

Naturally, this has little to do with the experience or skill of the women on the roster. However, it does have to do with their accomplishments and the way they are featured.

Shida’s toughness, Charlotte’s charisma, Kay Lee’s dominance, and Io’s creativity are just some of the reasons this would be one of the best women’s factions the world has ever seen. 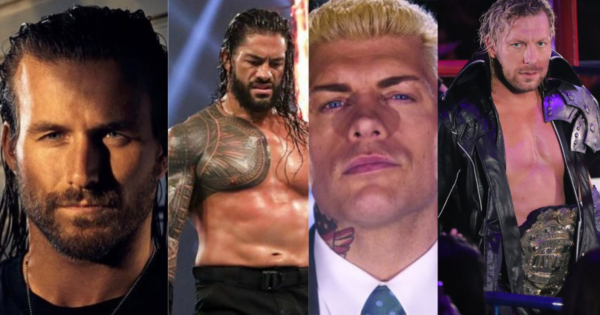 Some wrestlers are extremely popular among die-hard wrestling fans. How many tickets could a company sell if they had a faction based on the popular vote?

To ensure we had the perfect blend of AEW and WWE where popular vote was concerned, we choose two from each promotion.Our popular vote faction includes Cody Rhodes, Kenny Omega, Roman Reigns and Adam Cole.

Roman Reigns has not been popular among male fans, but definitely among female fans. Omega on the other hand, is extremely popular with die-hard wrestling fans.

Cody on the other hand has built his brand as the face of AEW and has quite the following. Finally, there’s one of the best talkers in the business, Adam Cole.

A faction with these men would sell out arenas in a matter of seconds. Maybe it is time for a cross brand faction? 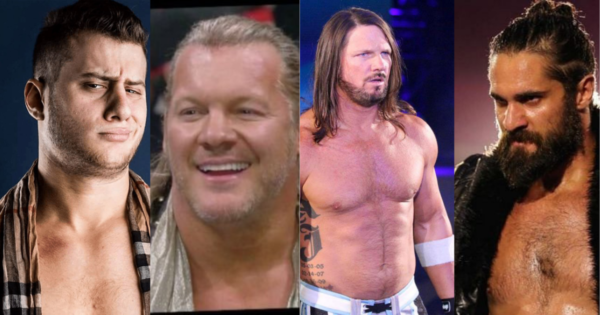 We cannot have a list with factions without mentioning top heels. Of course, there are plenty to choose from on both brands.

While we are aware some wrestlers switch between face and heel, these wrestlers would make up the best heel faction in our opinion. In the end, we went with MJF, Chris Jericho, Seth Rollins, and AJ Styles.

Of course, this faction could be somewhat problematic. After all, each member is incredibly strong in terms of presence and charisma. So the question remains if this particular faction could exist for very long. 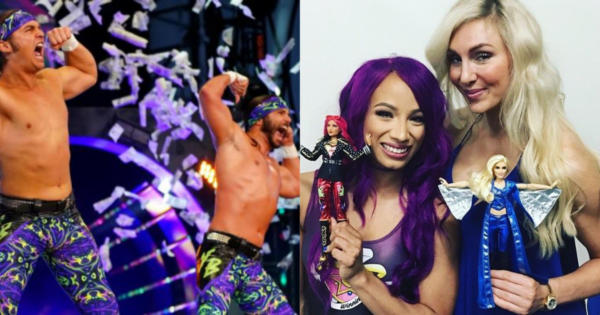 For our last fantasy faction, we are looking at the ultimate tag team faction. This faction will consist of a male and female tag team that could rule the pro wrestling circuit.

Our tag team faction consists of The Young Bucks, Sasha Banks and Charlotte Flair. While Charlotte made our list twice, she is more than deserving considering the number of titles to her name.

Running interference during matches and keeping that tag team gold could be an excellent job for this fantasy faction. Of course, they do not necessarily need those underhanded tactics.

Each wrestler in this faction has incredible skill and is popular with the crowd. In fact, they could easily be a face faction just as much as a heel one.

And while this is not the most evident or straightforward faction, it could be an interesting one creatively. Maybe they could even pave the way to intergender wrestling?

With that, we have reached the end of our fantasy faction overview for 2021. But which is your dream faction across the WWE and AEW brand?