Kenny Omega was left 'furious' at AEW Revolution's botched explosion at the end of the event. Plus, NXT has two big announcements this week.

The AEW Revolution event took place this past Sunday, and the finish to the pay-per-view (PPV) lacked luster. While Kenny Omega and Jon Moxley torn up the house, the botched explosion was an awful ending. Plus, Omega was pretty upset about it.

The closing of the AEW Revolution event was terrible. There’s just no sugar coating it. As fans expected some incredible fireworks to explode at the end, a botch in it all caused some fizzling sparklers, as the live crowd booed the finish.

Now the wrestling promotion is coming at social media accounts posting footage of the PPV’s finish. They clearly want to try and sweep this all under the rug.

.@JonMoxley didn’t regain the belt tonight but he regained a friend in Eddie Kingston! King came to save Mox from the final blast, which wasn’t enough to keep Mox & Eddie down for good!
“Kenny Omega may be a tough son of a b____, but he can’t make an exploding ring worth a s___!” pic.twitter.com/AHJCYVu3pw

Bryan Alvarez from Wrestling Observer Live talked about AEW Revolution recently and focused on Kenny Omega’s reaction to the finish.

According to Alvarez, Omega was “furious” after the exploding barbed wire deathmatch botched up the “explosive” ending.

Alvarez also noted that it had to have been frustrating for both Omega and Jon Moxley. After killing themselves to put on a good match for 30 minutes with barbed wire and bombs, they had to endure a lame ending.

No word yet on who exactly is responsible for the botched explosion. Either someone didn’t take the extra step to organize a big “boom”, something major was missed, or it wasn’t rehearsed enough.

Either way, someone dropped the ball. The silver lining could be that AEW plans to use the anti-climatic ending for a storyline.

Moving along to the land of the WWE, specifically, NXT. William Regal is touting not one, but TWO major announcements for the black and gold brand this coming week. What’s this all about? 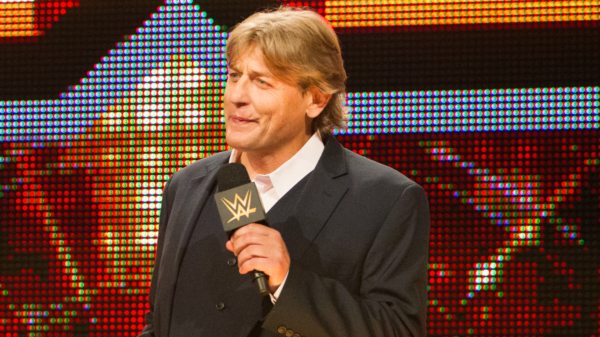 What could Regal be announcing? One speculation is that he’ll announce something about NXT women’s tag division, especially with what happened to Raquel Gonzalez and Dakota Kai last week.

The buzz is that GM Regal could declare the black and gold brand is getting their own Women’s Tag Titles.

The second announcement being speculated on is the next NXT TakeOver event. Word is that the brand will air the event over two nights, sometime in next month.

This could create a scenario where one of the TakeOver events airs on the USA Network, during the regular Wednesday time slot. Then the other night could be on the WWE Network sometime later on in the week.

Another idea is that William Regal could announce that NXT is moving days. Reports indicate that after WrestleMania 37, NXT will be airing on the USA Network on Tuesdays rather than Wednesdays.

At the end of the day, fans will have to tune into this Wednesday’s episode to see what Regal has to say. The land of the WWE can be unpredictable, so only time will tell.

Either way sounds as if the NXT GM will have something big to say (times two).

Is Andrade Next To Leave AEW, Do Dudley Boyz Have Issues