Pat McAfee sets the record straight on some comments made by Cody Rhodes. Plus, Charlotte Flair pitched a storyline with her fiancé Andrade.

Cody Rhodes recently stated during a conference call that Pat McAfee calls him *almost* daily to get a job with AEW. McAfee recently retorted back to set the record straight.

While Cody Rhodes recently stated that Pat McAfee calls him all the time for an AEW job, McAfee seems to have another story.

He recently addressed Rhodes’ comments on his radio show, noting that Cody’s statement was not true. He would go on to say that he’s been contemplating retirement more than thinking about heading to AEW.

An Issue With Miro Blown Up?

McAfee would go on to admit he got into an online “spat” with AEW superstar Miro. However, Pat made it clear that he’s made no attempt to try and get a job with the wrestling promotion.

It’s not known why Cody made the comment that he did. Perhaps a bit of work? Maybe he thought it would be fun to get the fans hyped up or create a little controversy or interest?

I heard @CodyRhodes said I've been trying to get a job..

That is not true I've actually been contemplating retirement #PatMcAfeeShowLIVE pic.twitter.com/8JGefWeVle

McAfee has had some appearances on WWE programming in the past, moreover mostly NXT, between 2018 to present. He’s done pre-show commentary, sat at the announcer’s table, and has been involved in some in-ring action.

Charlotte Flair has played a pivotal role in television since she returned to in-ring action in December 2020. Unfortunately, her boyfriend Andrade has been off WWE T.V. for quite a while.

Could a new romantic storyline be just what he needs? According to Flair, she tried to present one and it got rejected.

While she took some time off in 2020, she made an explosive return to Monday Night RAW in December of that year. 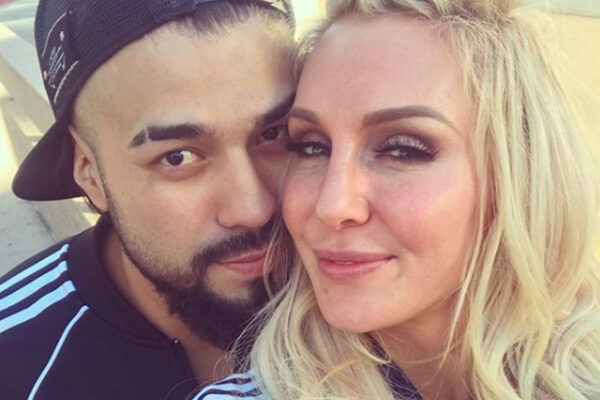 Sadly, her fiance Andrade hasn’t been seen on the brand since October 2020. Things don’t look good for him heading into WrestleMania season.

Flair recently spoke to TV Insider and was asked about working with Andrade. Charlotte revealed that she has pitched a storyline to WWE Creative before that involved her fiance.

Seems as if she presented an on-camera relationship, but the idea was rejected.

Flair noted that she feels as if she comes across as “cold” on television. She also indicated that she’d be “very open” to working with Andrade.

The two seem to have a lot of chemistry in real-life, perhaps some of those sparks can be woven into a WWE storyline at some point. Clearly, this won’t be happening anytime soon, though.

After all, the powers that be said “no” to Charlotte’s pitch. When Becky Lynch and Seth Rollins brought their real-life romance to WWE storylines, they received mixed reviews from fans.

This might be why WWE Creative could be slightly against the idea. It’s worked somewhat in the past for other couples like Jey Uso and Naomi, Daniel Bryan and Brie Bella, as well as Miz and Maryse.

With that said, it doesn’t always fly over well.

Here’s hoping that WWE Creative can come up with something for Andrade, as he has been missed on Monday Night RAW.