RAW In A Nutshell: Road To WrestleMania Grows Shorter

With Fastlane done, it's time for this week's RAW In A Nutshell. And, that Road to WrestleMania is growing shorter by the minute.

It’s another RAW In A Nutshell, and we can’t help noticing that the Road to WrestleMania grows shorter by the day.

Because, as of this week’s RAW, the biggest weekend of WWE’s year is just three weeks away.

So yes, that Road to WrestleMania grows shorter. It’s shorter now than when I wrote that line.

Heck, it’s shorter now too. You get the idea.

So what does it all mean? Expect matches to be made at a fever pitch now.

Prior to Fastlane, we knew of a few matches-even if some of those may be changing now.

But with Fastlane in the rear view, all those rumored matches should cease to be rumored. Beginning with this RAW In A Nutshell, I’d expect a few more matches to be made…

We know Rhea Ripley is supposed to be on the show this week. We know Charlotte Flair is AWOL.

Could the debuting Ripley get herself another WrestleMania match?

What about the returning, crispy Fiend? Surely he and Randy Orton have another battle.

So, that Road to WrestleMania, it grows shorter. 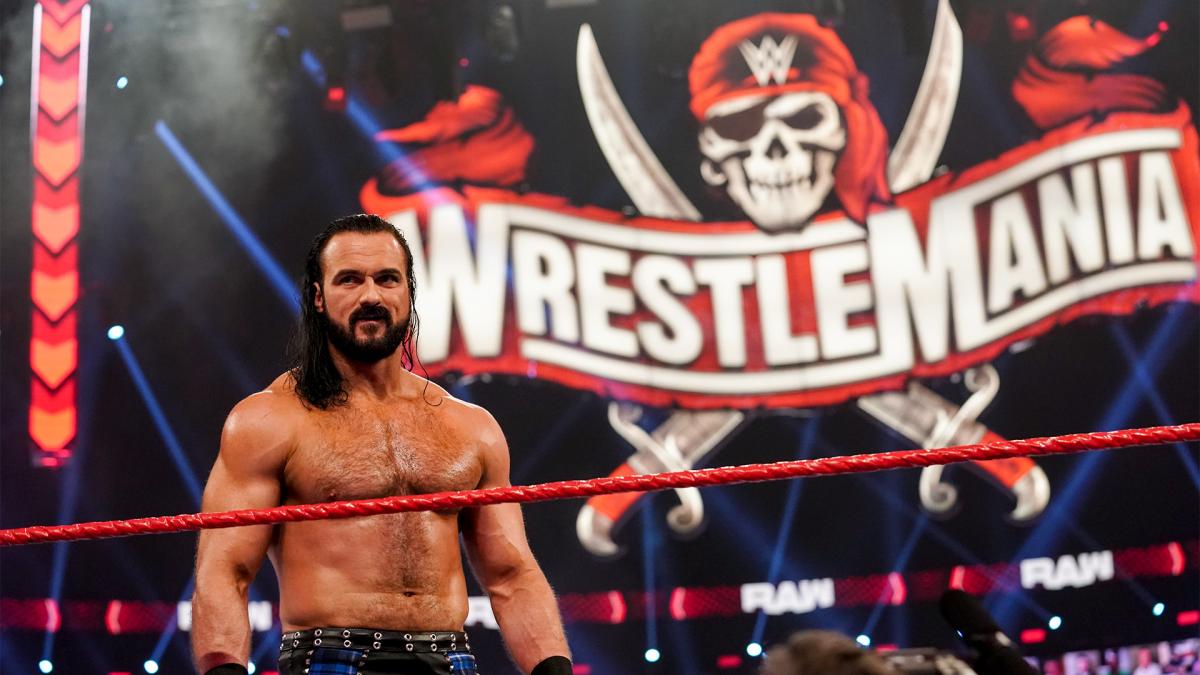 RAW In A Nutshell: Road To WrestleMania Grows Shorter

Let’s crack open this Nutshell and find out what’s going down!

I am conflicted here…debating Sheamus versus Lashley, or Drew versus Shelton Benjamin and Cedric Alexander. 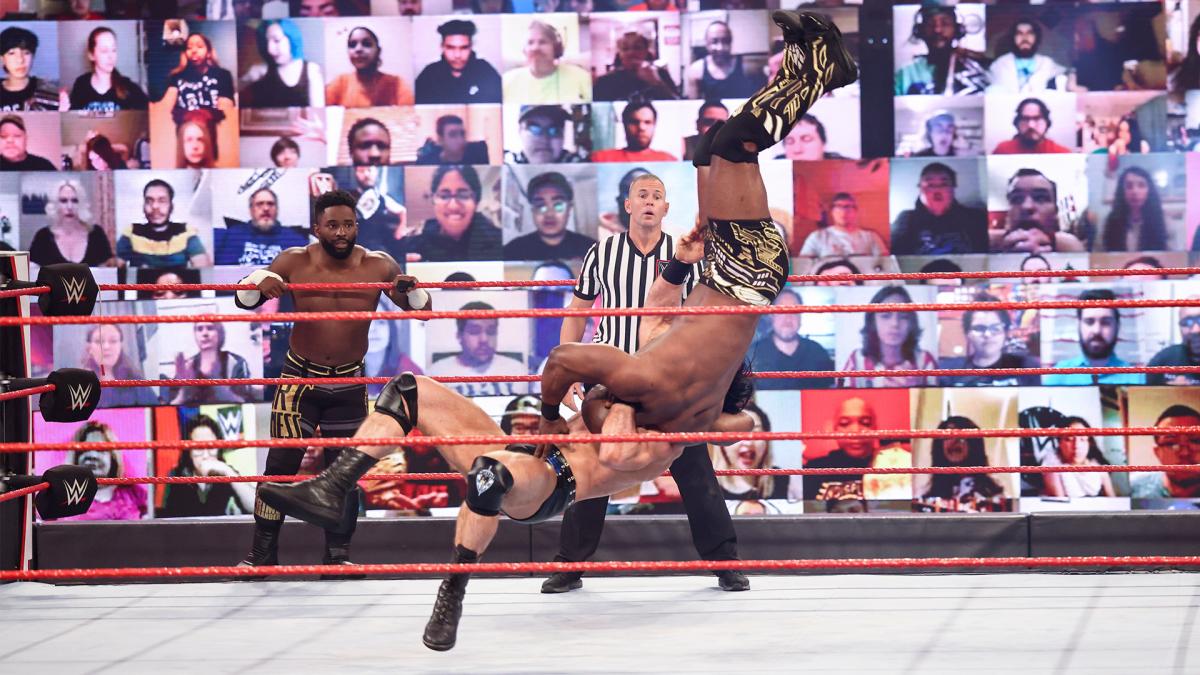 Neither was stunningly great. They won’t be thought of for match of the year.

But for this show, they were good enough.

Way too many to choose from.

We had a lot of either bad, or short matches. Sometimes they were both.

I cannot pick a single one here, if only because there were just too many not good matches.

Not sold on any single one here. Could go Sheamus, or Drew, or Lashley…or none of the above. 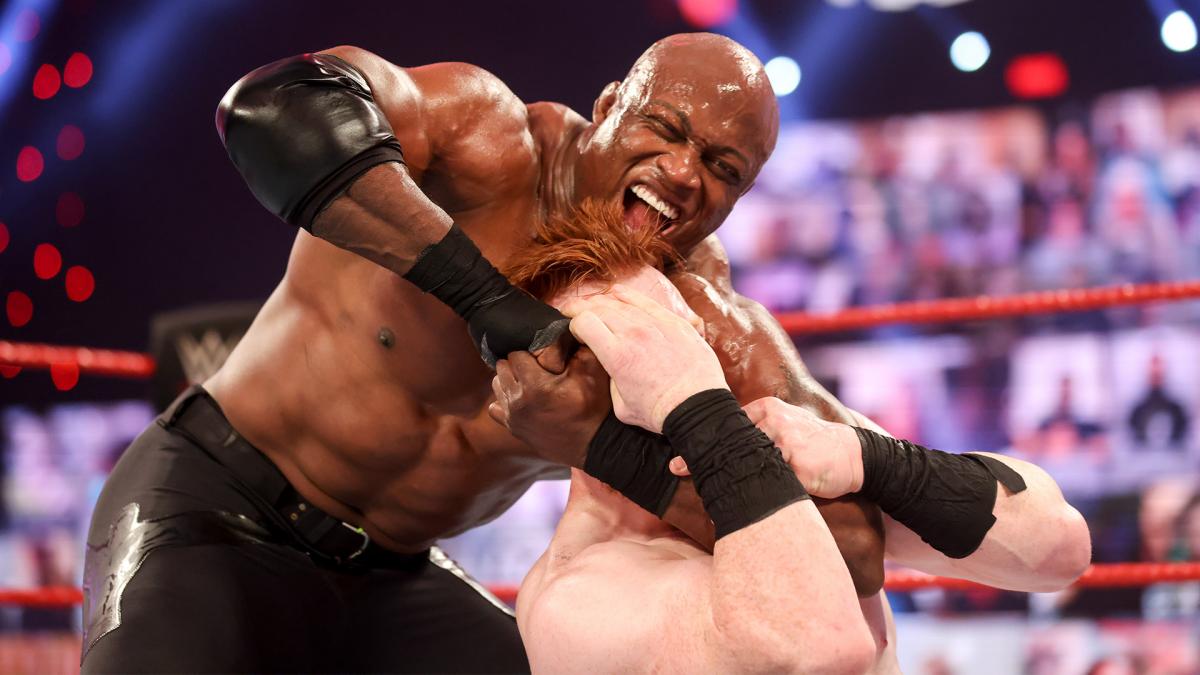 Nothing super spectacular. I will take Bad Bunny and his revenge guitar shot, however. 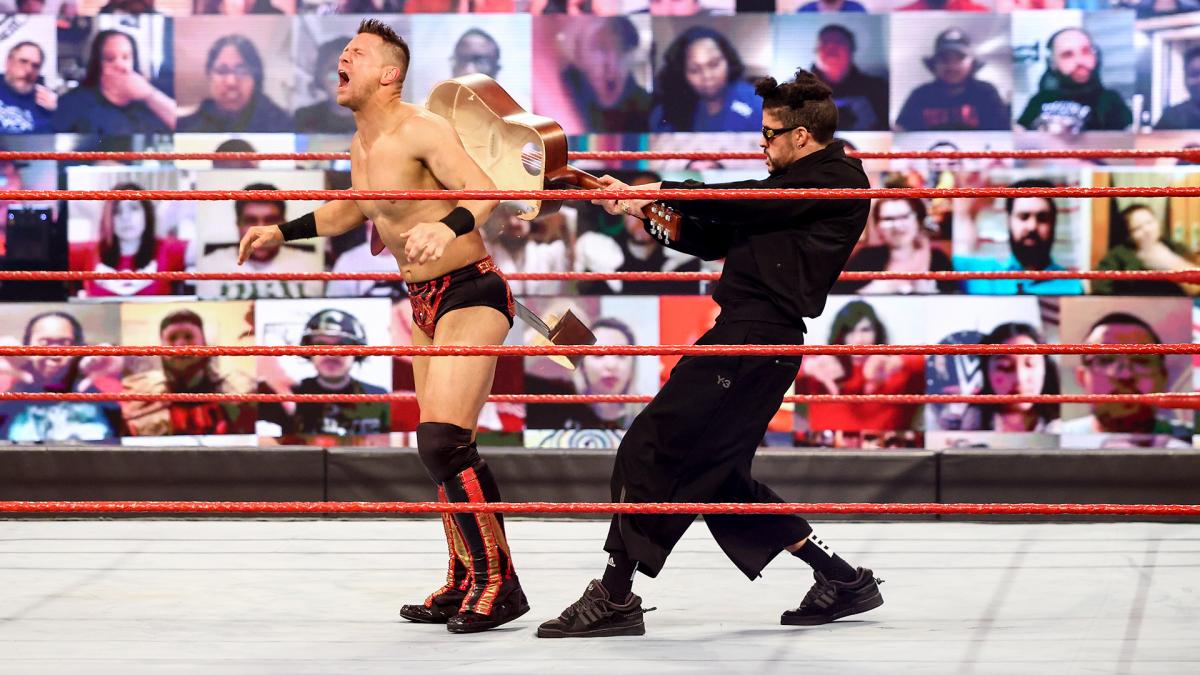 And, at least this week, the instrument appeared to be more properly gigged.

But, as good as Ripley might be…I’d bet there should be a Superstar or two who may be mildly upset that she jumped to the front of the line, grabbing a coveted title shot AND a WrestleMania match to boot. 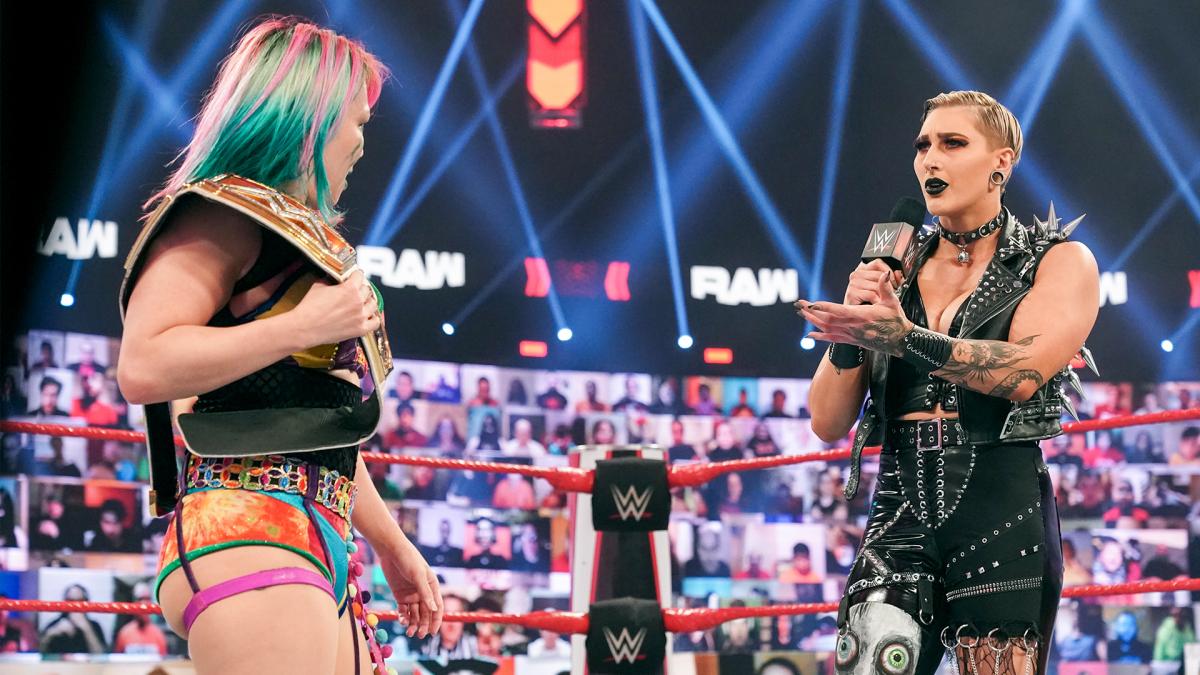 First we have Bad Bunny, though some might say it wasn’t that bad. But unless I mis-heard, Orton flat out said that the “bs” would stop tonight.

Kind of surprised it wasn’t cut out. And I wonder if Orton had that scripted or if he might catch some grief for it.

Not that WWE doesn’t need the edginess…

WWE video issues, as the announce team revealed what matches would be on what nights of WrestleMania.

OK, at least I laughed, but what was Bobby Lashley (and MVP) thinking when they went into the mid-to-lower card locker room and wanted one of them to take out Drew McIntyre.

Because, you know, they will have a better shot at Drew than the former RAW Tag Team Champions…

We covered some possible issues between Charlotte and WWE, and speculation was it could be tied to her fiancee and his recent release.

As we learned during RAW, at least part of why Charlotte is off television is that The Queen has tested positive for COVID. Will be curious if that’s the main/only reason she’s off TV.

We know the nights for a few matches. 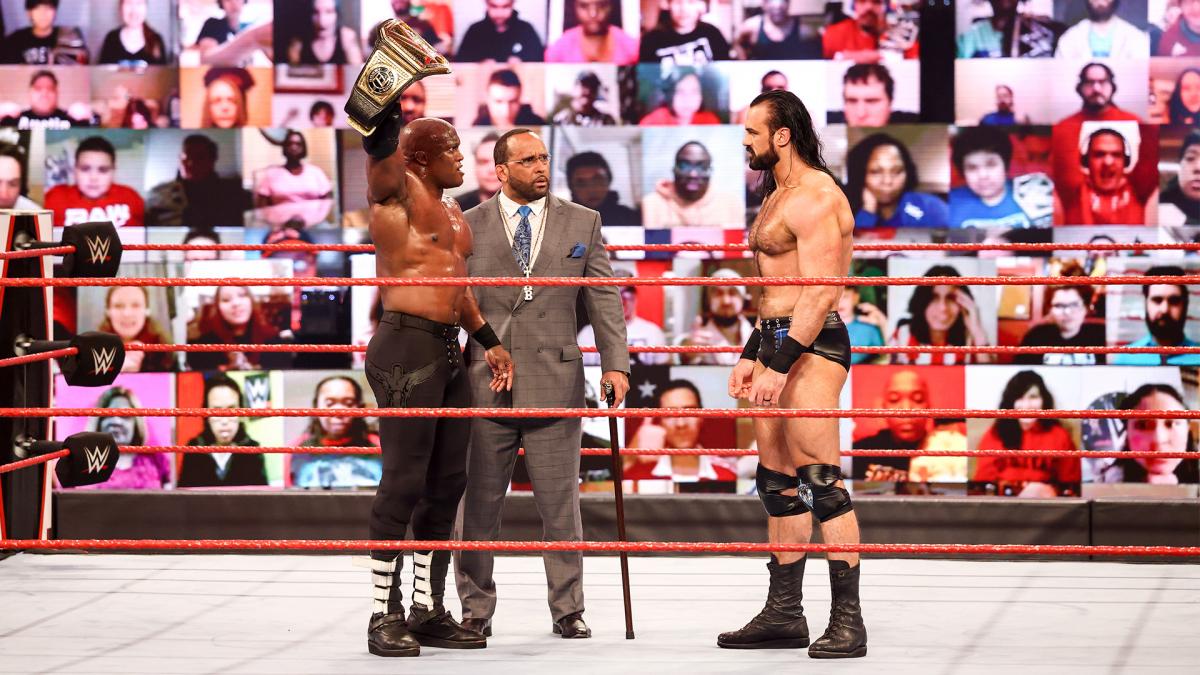 Joining that match on Saturday will be the SmackDown Women’s Championship bout. Also, Bad Bunny versus The Miz, though I’d expect that one to still evolve into a tag match.

For Sunday, we will get Reigns and Edge (and eventually Daniel Bryan). Also, Rhea Ripley will challenge Asuka for the RAW Women’s Championship, after Ripley debuted and challenged the Empress of Tomorrow on RAW. 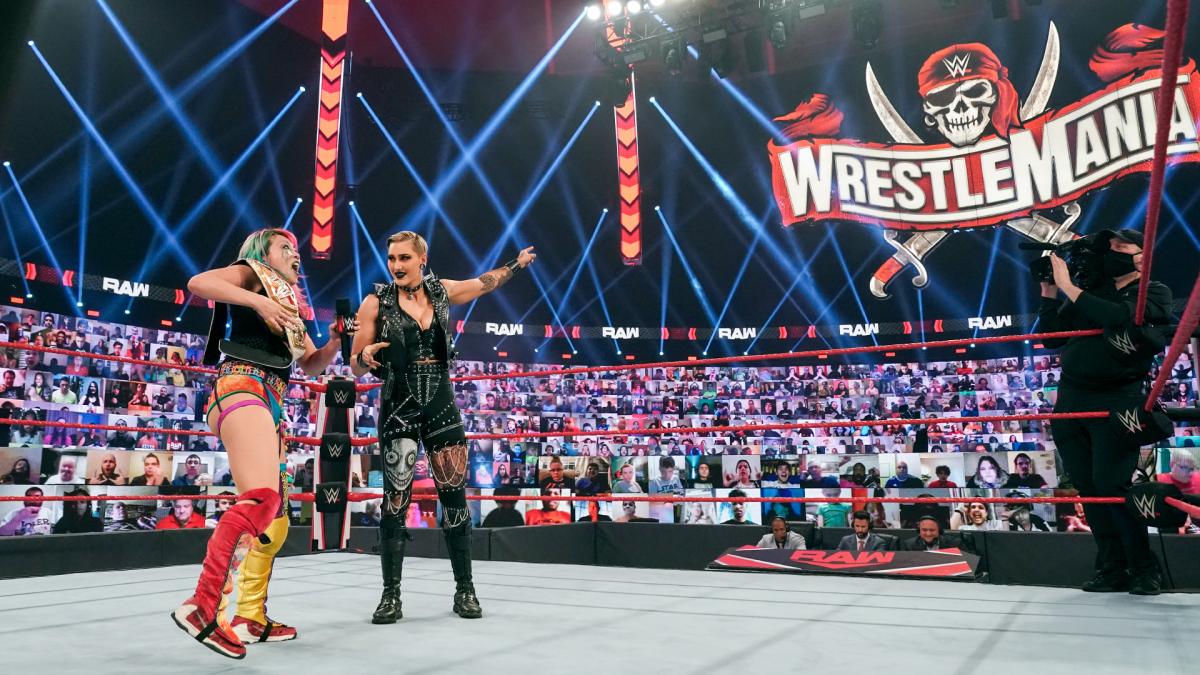 Also added as we went off air: The Fiend and Orton. I actually call this one an odd one, because no formal challenge was issued, the attack had just concluded, but yet the announce team knew of the match and had the graphic ready.

Like, we all knew it was going to happen…but let’s pretend it had to get properly booked?

Maybe an unpopular take, but I am not at all enjoying the build toward New Day versus AJ and Omos. 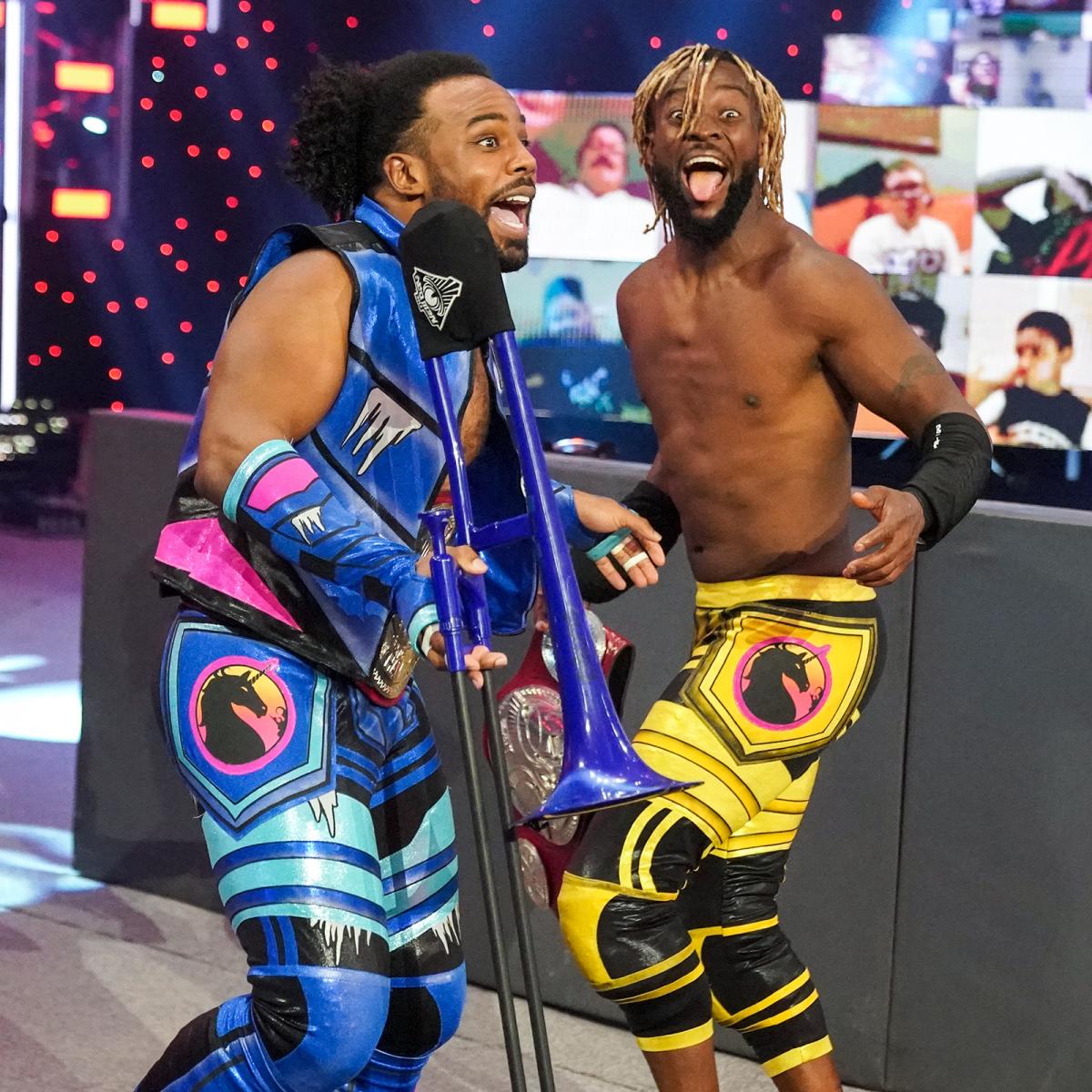 Like, fine, New Day made some strong and valid points-AJ doesn’t know Omos that well, so they are hardly a team. 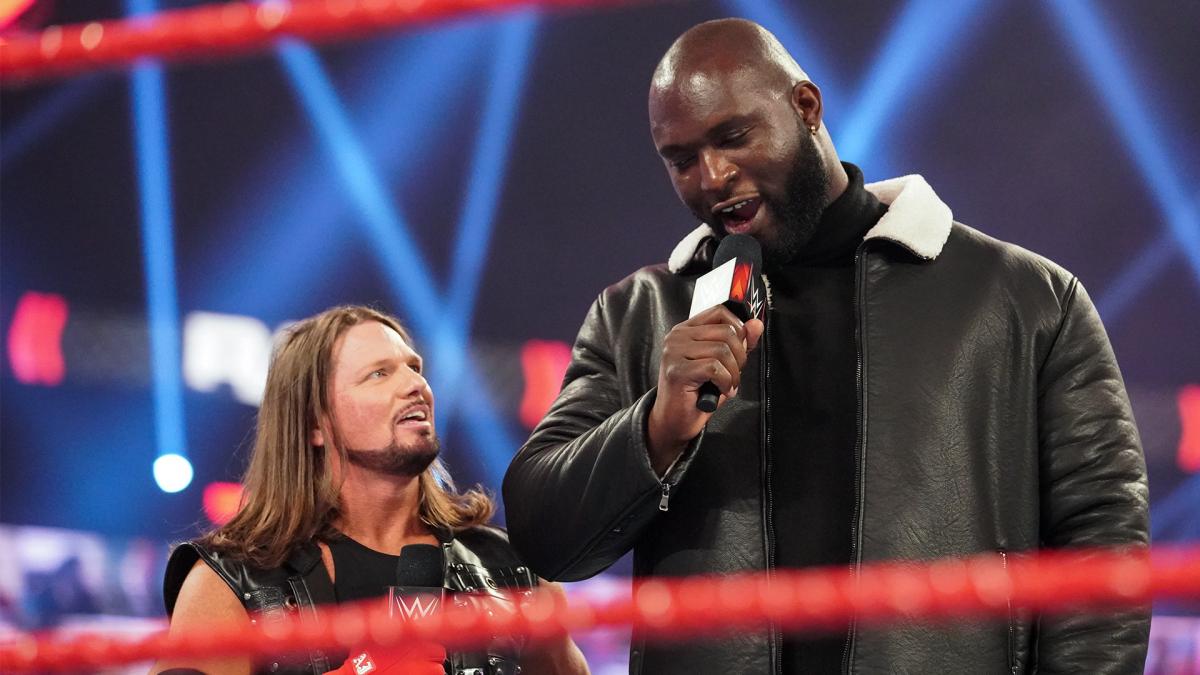 But so much of the banter and back and forth just seems tired or not at all engaging. Could be just me, but I am not feeling this match.

In fairness, I was not feeling it when it was announced either. There’s no rhyme or reason to have them become a tag team, or to give them a title match at WrestleMania, as Omos debuts.

Maybe that backstage interaction gets Sheamus into US Title contention? Because otherwise that was random…and just makes Riddle look dumb.

Like, dumber than usual, and I hate that. I wish WWE would have him channel more of a laid back cool, kind of like a 2021 version of Rob Van Dam.

I am not sure what might still be brewing between Sheamus and Drew, but it’s got my attention.

Fans might be mixed about Shane McMahon wrestling, but you know it is going to be a spectacle. It will be curious to see what stipulation is chosen, since Shane did say “any match”.

I get the issue with Rhea Ripley debuting and immediately challenging for the Women’s Championship…but I am excited about what her arrival means for RAW.

Well, just like that, WrestleMania is really beginning to come into focus.

Surely some specifics are yet to emerge-we expect stipulations on the McMahon/Strowman tilt, as well as Orton/Fiend-but it’s good to see more matches confirmed.

With that said…part of me is still not convinced this is going to be a good WrestleMania.

Maybe it will be a slight upgrade on last year’s effort, because it will be live and have fans…but attendance may not be what WWE was hoping for.

I will say this about that…right now, I can’t list three matches I absolutely can’t wait to see. For now, I am at maybe two…doesn’t mean I won’t enjoy more…just means I don’t have hopes up.