RAW In A Nutshell: Time To Set Up Elimination Chamber

Another week, another RAW In A Nutshell, and now it's time for WWE to start to set up it's next event, the Elimination Chamber!

Another week kicks off with another RAW In A Nutshell, and this time around, it’s time to set up Elimination Chamber.

As in, WWE is on the Road to WrestleMania, and the next PPV in our path is Elimination Chamber.

We can expect news pertaining to the big Chamber match, as we wait to see who would be the WWE Champion heading in to ‘Mania.

Could the Chamber influence the decision of Edge? It’s possible…but would WWE drag that decision out that long?

And that debate above? That’s just for the men of RAW. We didn’t even get into the women yet…and not touching SmackDown either.

It does sound like it could be a possible loaded card, and that is just a couple weeks away. See, the Road to WrestleMania is all about pedal to the metal!

So, it’s RAW In A Nutshell: Time To Set Up Elimination Chamber 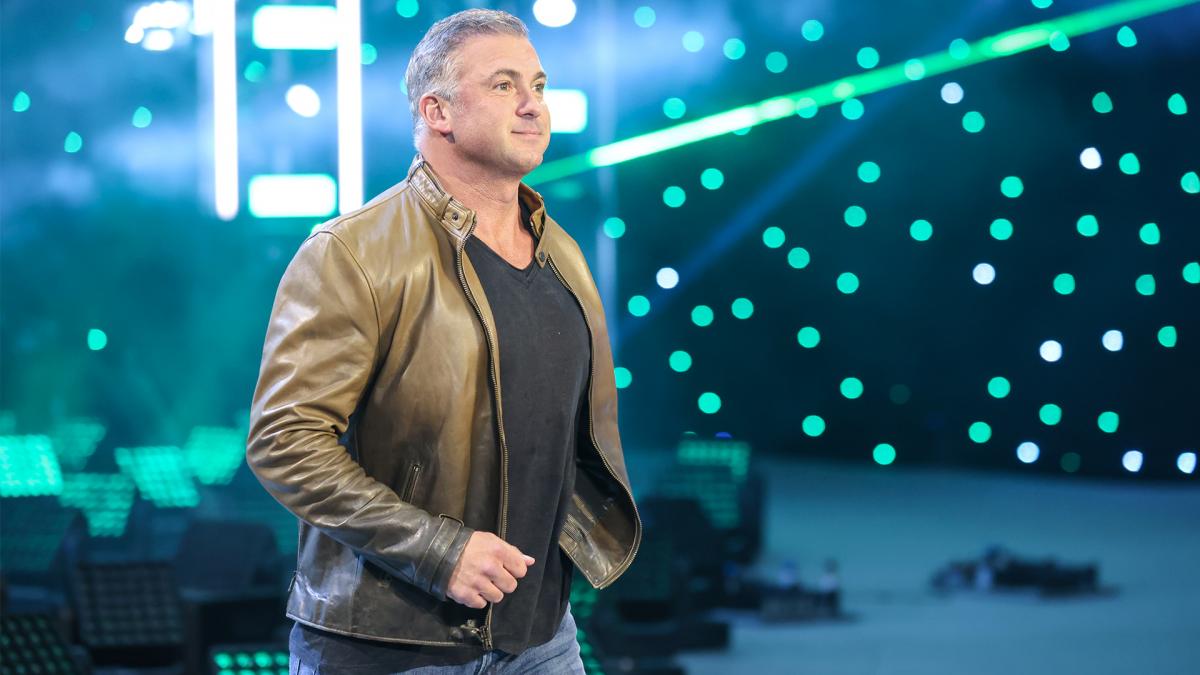 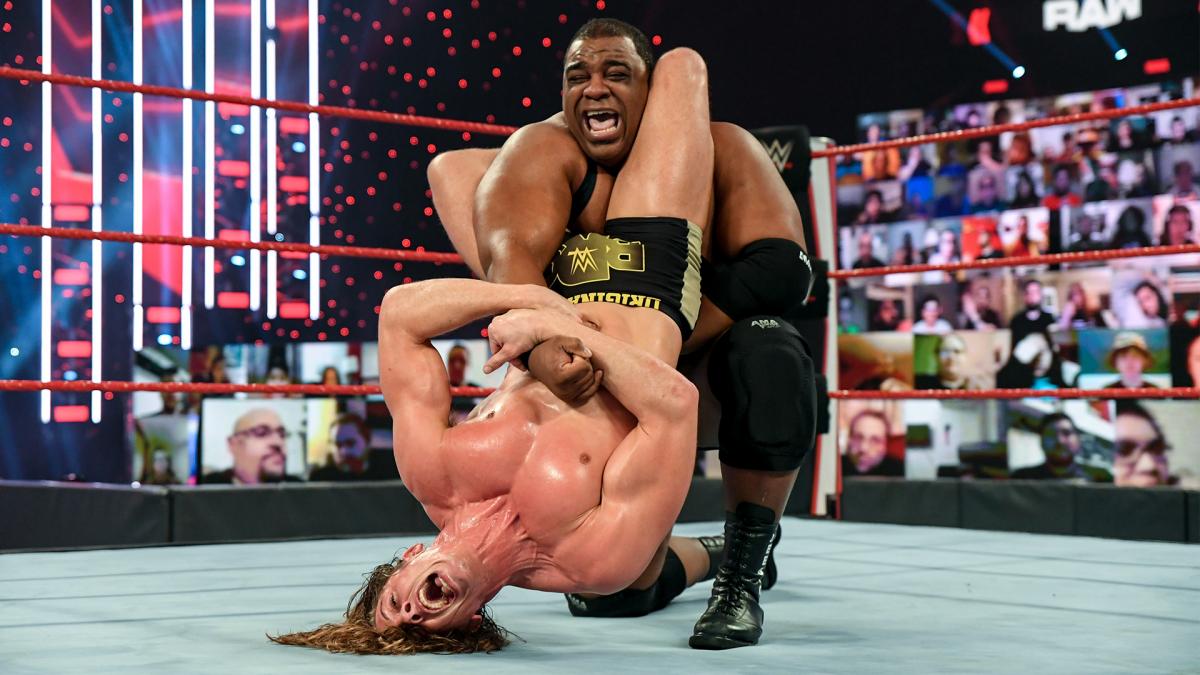 I enjoyed Styles and Hardy for one. Lee and Riddle for another. 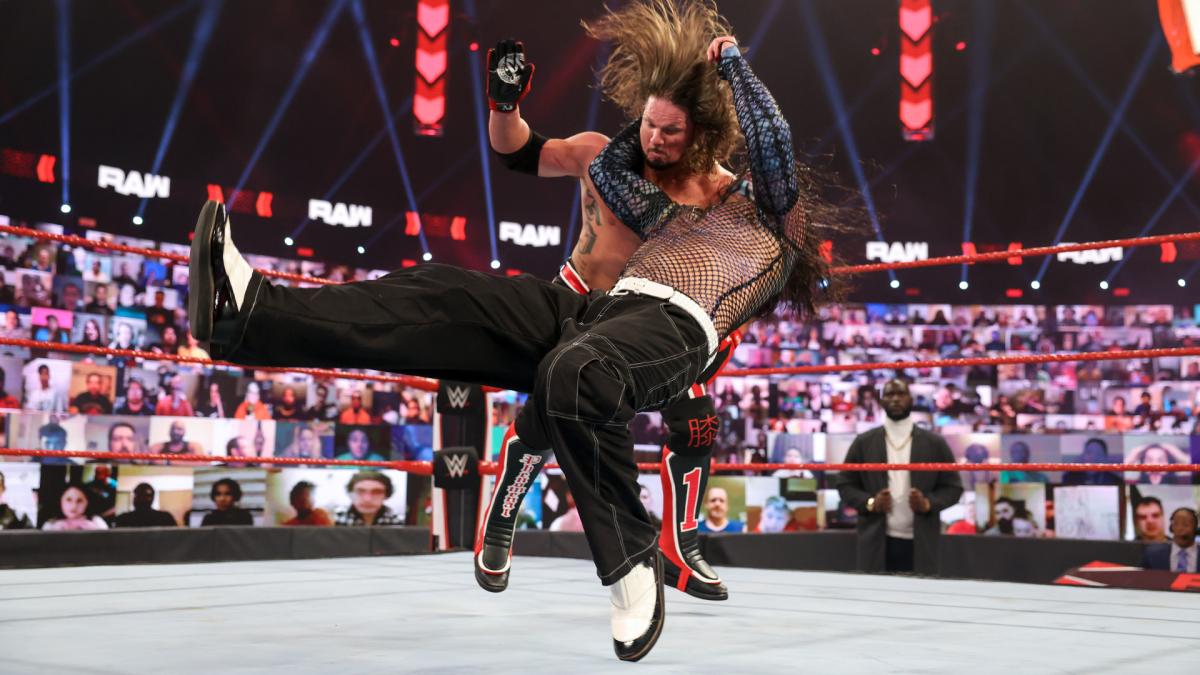 I could go a few different ways.

I get why Lana and Naomi had matches, to build toward the eventual tag title tilt. That does not mean the matches were great…or even close to good. 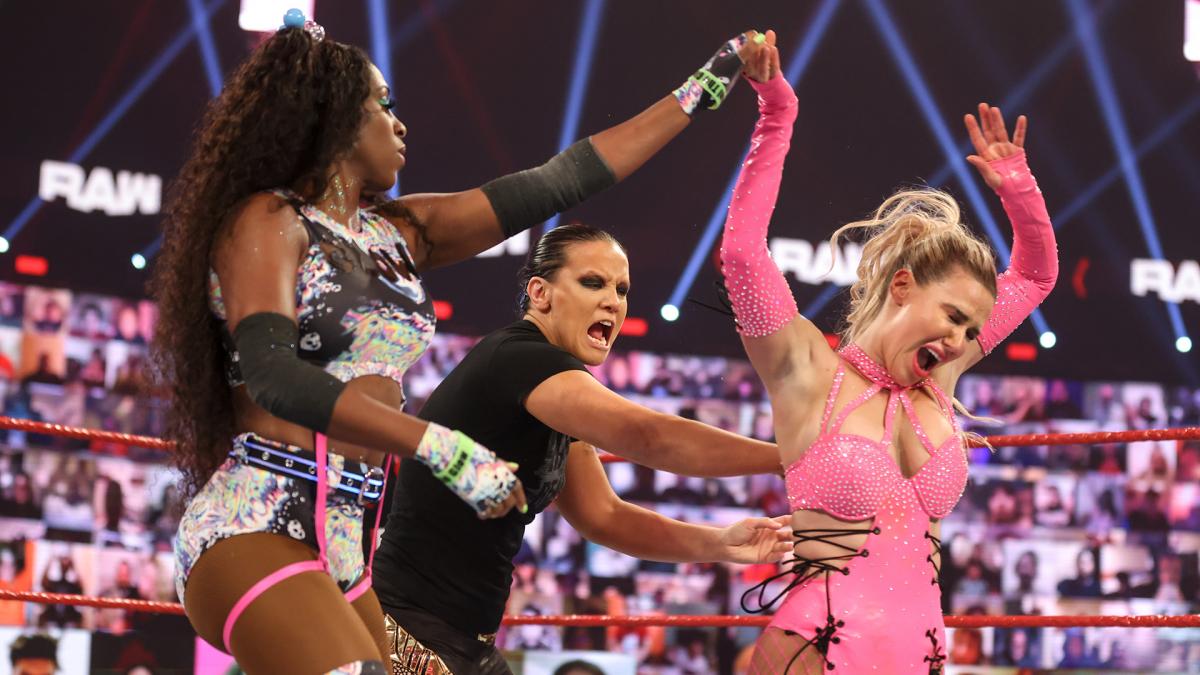 There were a couple choices, but those ones really stuck out.

Not really a star tonight for me. Shane stole the early thunder, and Drew got the big win to close the show…but neither them, nor anyone in between…feels like a star of the night. 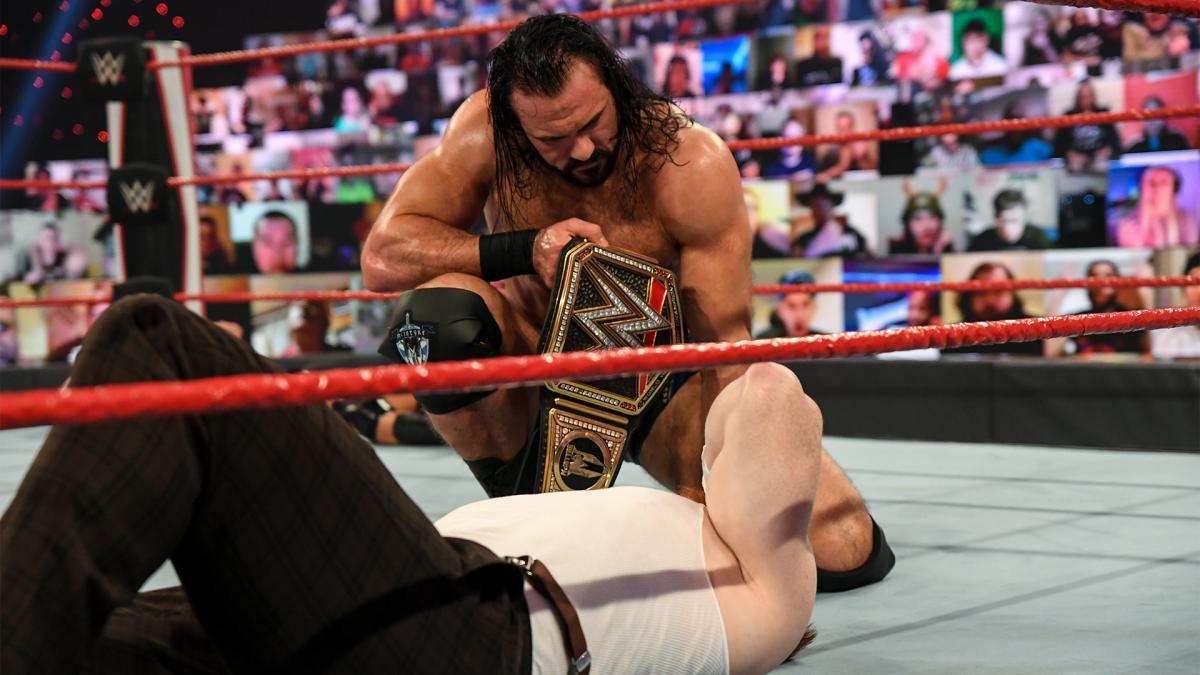 Dare I say that tonight was kind of a spot free evening?

I mean, even the winning table spot in Lana and Nia Jax’ match was rather underwhelming.

Well, Matt Riddle feels like a jobber when you think about it. 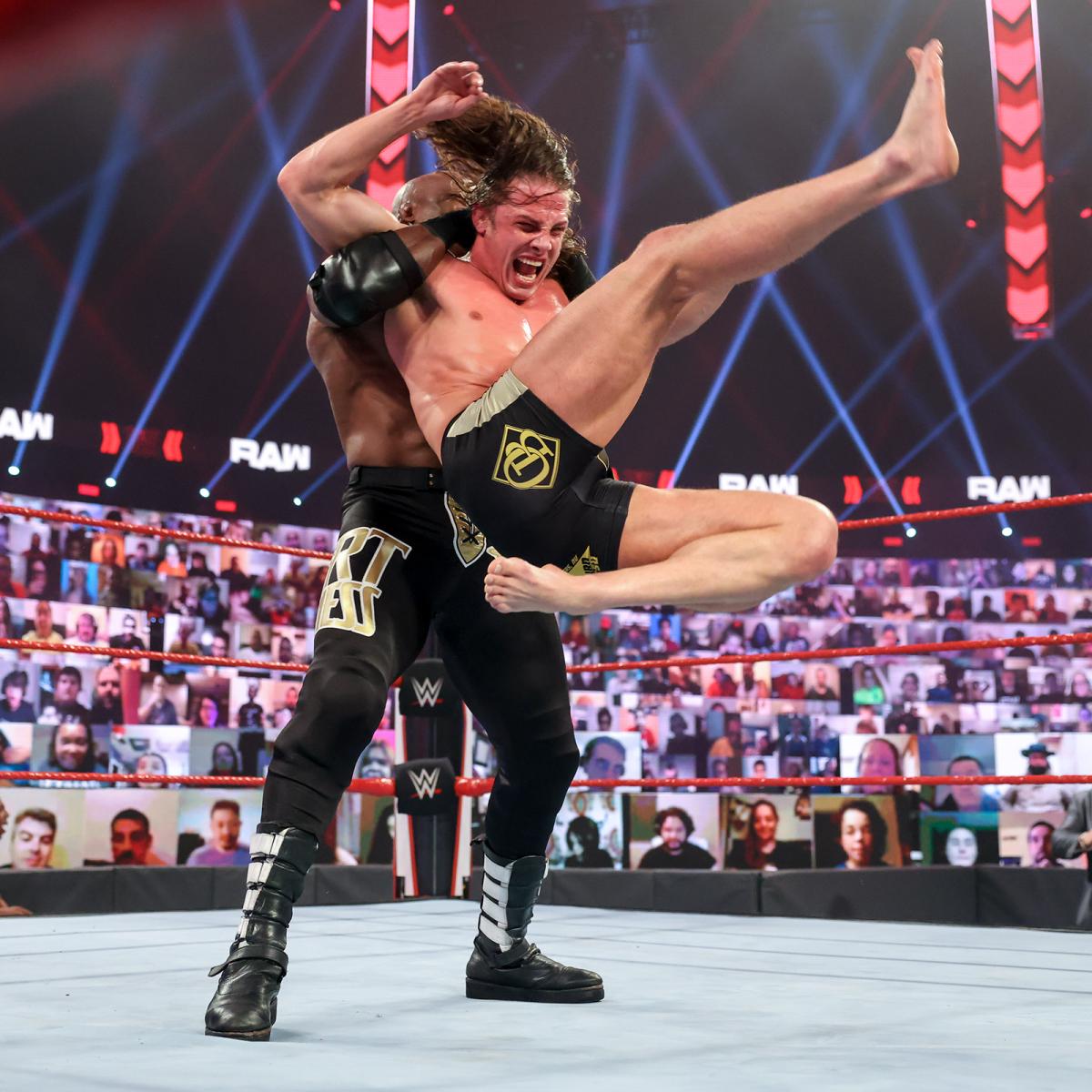 Sure he looked fine enough against Keith Lee. And having Lee win, gunning for Lashley?

That’s an intriguing match, and it feels like a good first title for Keith Lee to run with on RAW.

But post-match, after the two friends shook hands, Riddle once again was destroyed by Lashley. 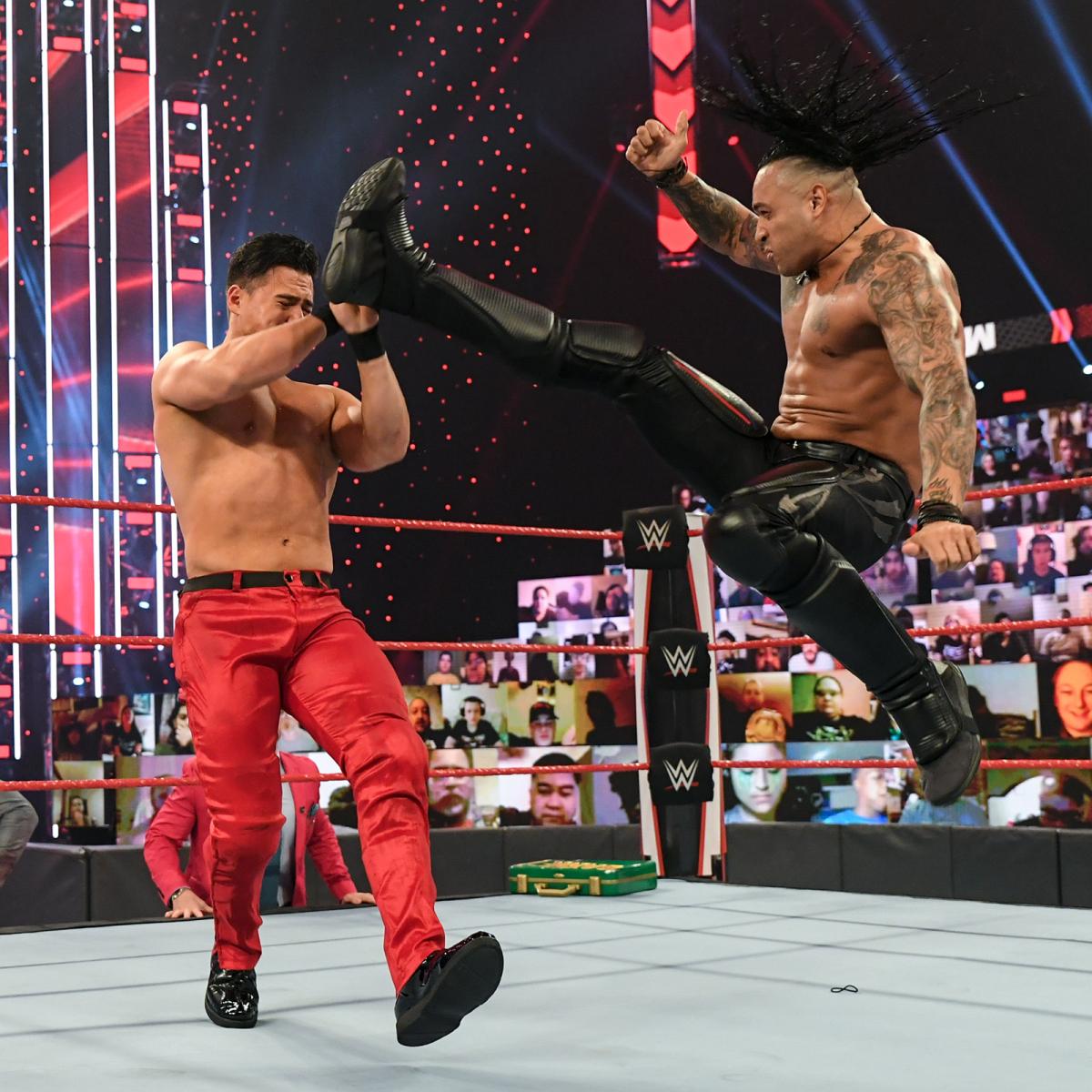 Lana over Nia Jax in a tables match. I mean, it was predictable, but still an upset.

Shane McMahon is back, after a bit of time off. He came back to announce the participants in the RAW men’s Elimination Chamber match.

It’s a big bunch of news. Every participant is a former champion, including one who currently holds the Money In The Bank Briefcase.

It’s a stacked Chamber match, as we had to figure it would be. I am watching this one closely, as I suspect many fans are, to see if Drew leaves as champion.

Specifically, WWE has at least one more big chance to change the champion and thus influence WrestleMania a bit. And The Viper is one of the five challengers… 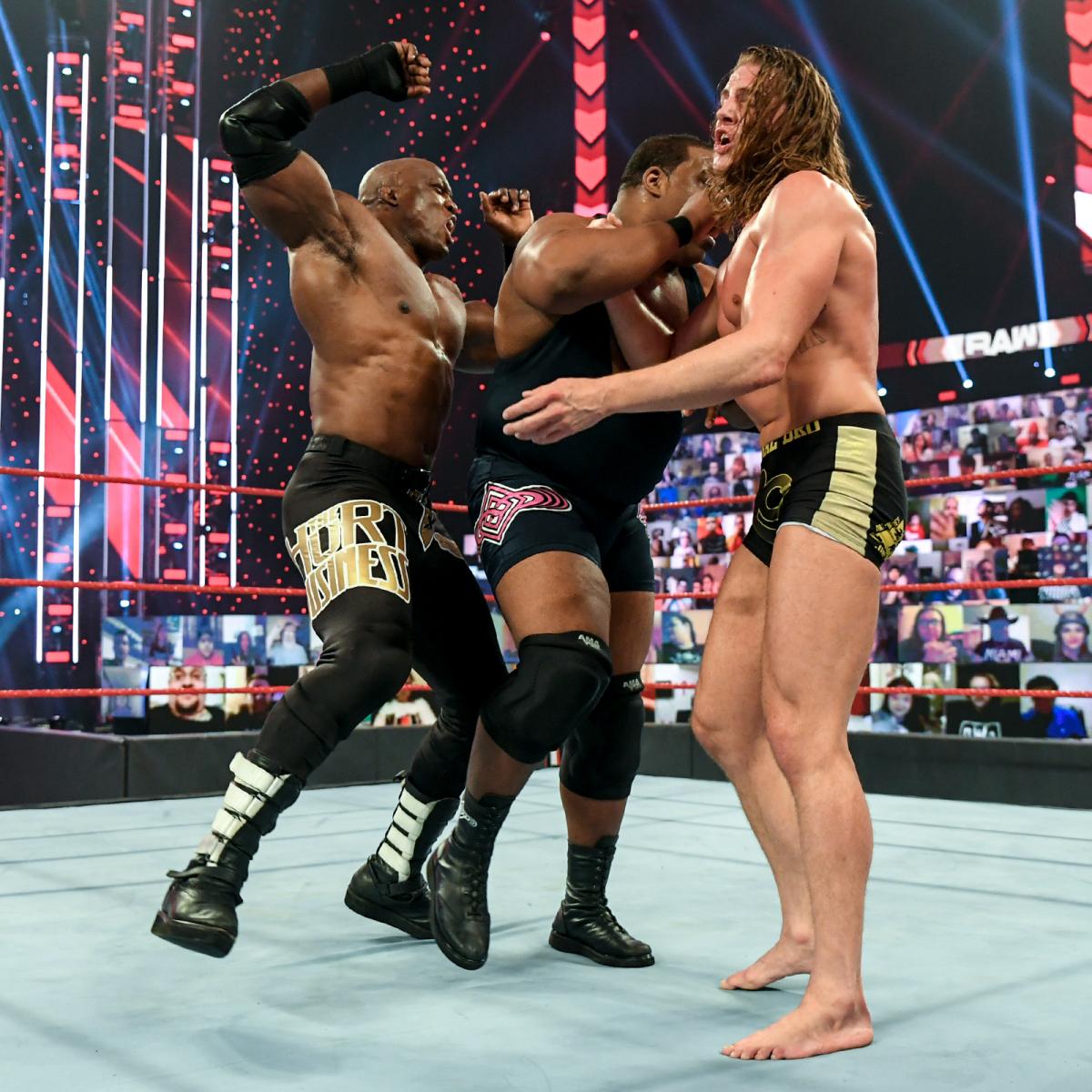 Sure, it got my Holy [email protected]# moment…but it will also get my botch.

WWE botched the lineup in the Chamber match.

Consider that earlier on Monday, the same day the Chamber participants were announced, we discussed that the company has issues with a lack of top tier depth.

Now, in the Chamber you have five challengers, just from RAW. In fairness, the main focus of the depth criticism was SmackDown…but this is still valid.

All five are former Champions. Meaning, WWE could not see a reason to include any of their younger or newer faces.

No Keith Lee. No Mustafa Ali. 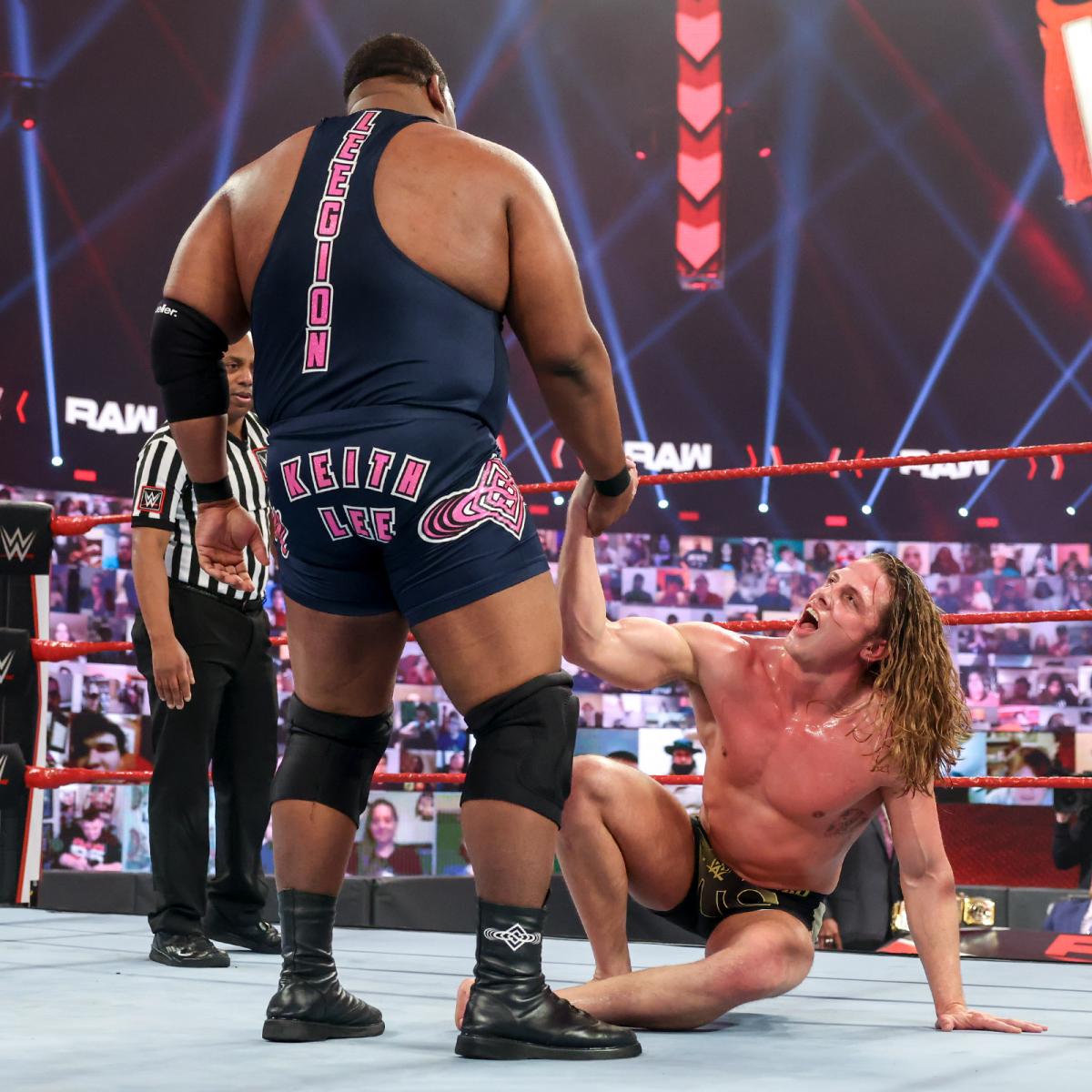 No Riddle. No one truly fresh.

Not even Bobby Lashley, when you could make a case that as United States Champ, he’s the next best champ on the brand.

As in, they botched a chance to elevate some actual new talent. Closest they got was The Miz…and he already has the briefcase.

Wrestling wise, Naomi whiffed on one of her kicks delivered to Shayna Baszler, if you want to keep tabs on that.

Lana, after going through quite a few tables at the hands of Nia Jax in 2020, finally got revenge. Sort of.

I mean, it was revenge in a nutshell. Even if it was kind of a lame table spot.

Speaking of setting up Elimination Chamber, however…on the heels of Lashley’s mauling, we will see a triple threat match at the Chamber. Lashley defends against both Riddle and Keith Lee.

I don’t think I can complain enough about the Chamber lineup. Has to be at least one or two new faces in there.

I really am not into the Rick Flair/ Lacey Evans schtick. 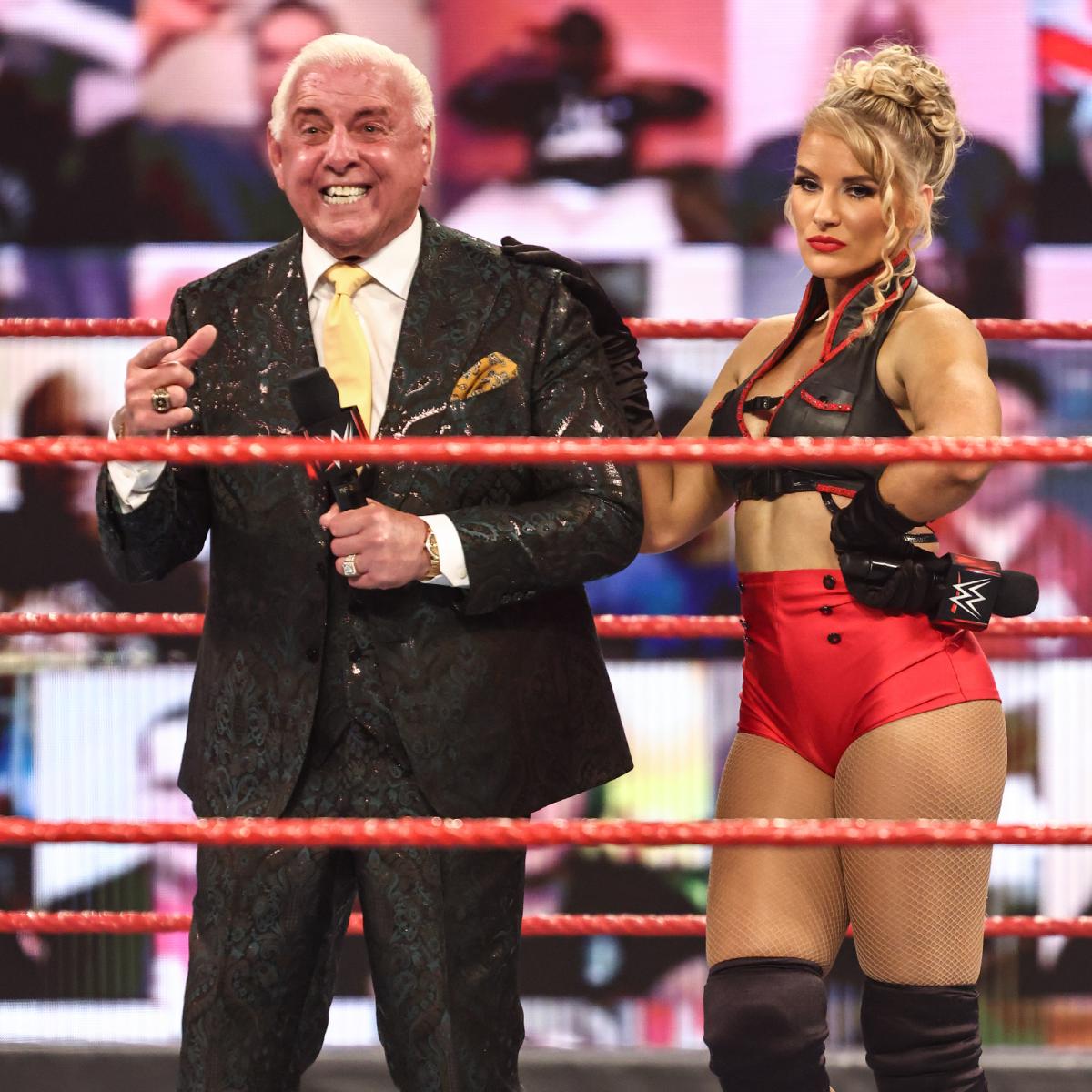 Wow, talk about an eventful RAW, and by extension, RAW In A Nutshell!

Well, it’s hard not to be excited about Shane’s unexpected appearance, no? It’s possible that this goes somewhere beyond just a big match announcement (actually, it would be kind of weird if Shane wasn’t back for more).

The announced Chamber lineup is, for the most part, looking strong. I’ve said my piece on the actual Chamber match competitors…but even then, it could be a stellar match.

Was an interesting evening on RAW. Did not expect Shane back, but he set the stage for an interesting, if polarizing, Chamber match.

Drew continues to be a fighting champion, but naturally we will be thinking of a title change inside the Chamber…

Also, nice to see Keith Lee back, and honestly excited for his United States Championship potential.

So, that’s our RAW in a Nutshell. Sure, I could have hated it, but honestly, as far as RAW’s go, this one was solid and entertaining, so that’s a plus.