Mark Henry is not done wrestling as he is looking for one more match. And, it looks like Goldberg will be sticking around with WWE for a bit.

Despite begin retied, Mark Henry is preparing for one more match. Also, the latest on Goldberg and his WWE contract status.

Mark Henry is officially retired from in-ring competition, but pro wrestling has a way of bringing people back. Of course, Mark Henry is looking for one more match.

The last time fans saw Henry, he was mocked on RAW during Legends Night. Randy Orton verbally laid into Henry, which “The World Strongest Man” mentioned while on Busted Open Radio.

“I’d rather get punked out than get my a— whooped,” said Henry. “Randy is not someone to mess around with if you’re not 100%.”

“I’m walking on two feet, I’m 325 pounds, I’m lighter and trimmer than I’ve ever been. I plan on having a match in the next six months.”

“I just want to have one match. If Randy is the guy, then so be it. Believe me, I’ll be ready and I won’t be on one foot in a push scooter.”

Another driving point for Henry was the Big Show. For Big Show, he has competed in four different decades.

We do know Big Show left WWE and has signed with AEW. He is set to work at the announce table, but is also expected to wrestle.

“Big Show has wrestled in four [decades] and I’ve wrestled in three [decades]. I can’t let him have that over me.”

The 49 year old joined WWE in 1996 and offically retired in 2017. Only months later, he returned for what has been his final match as he took part in the Greatest Royal Rumble.

Since then, Henry was inducted into the WWE Hall of Fame. Interesting enough, Big Show inducted him.

For the past two years, Henry has been working backstage for WWE. Seemingly, he is a lifer there.

There is not telling who Henry will meet in his final match. The seeds have been planted for a match with Orton, but WWE can quickly go direction. 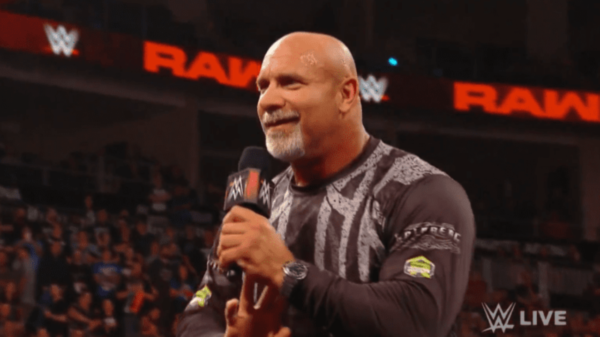 For those who are fans of nostalgia or even WCW, then you probably like Goldberg. Unfortunately, his time in WWE has not been as successful.

The first run was a disaster as Goldberg and WWE were not on the same page. After a year, Goldberg opted not to re-sign.

About 15 years later, he would return and has made sporadic appearances. While on The Pop Culture Show, Goldberg gave a few more details about his current contract.

He is booked for two appearances a year and is with WWE until 2023. Of course, both sides could also come to another agreement.

“My WWE commitment is still going strong at 53,” said Goldberg. “I never would’ve imagined especially after making fun of Flair when he was doing it in his early 40s.”

At the Royal Rumble Goldberg lost in a few minutes to WWE Champion Drew McIntyre. Therefore, he only has one match left for 2021.

Big shows like WrestleMania, SummerSlam and Survivor Series are likely events he would be booked in. And, when WWE returns to Saudi Arabia, that is another possible time to see Goldberg wrestle.

How To Evolve Rellor Into Rabsca In ‘Pokémon Scarlet & Violet’