The WWE Royal Rumble 2021 saw two people seal their ride to WrestleMania. It was a big night and here is the report card with grades.

The Road to WrestleMania 37 is officially underway. Before WrestleMania, we need to the see grades from the WWE Royal Rumble 2021 courtesy of our report card. 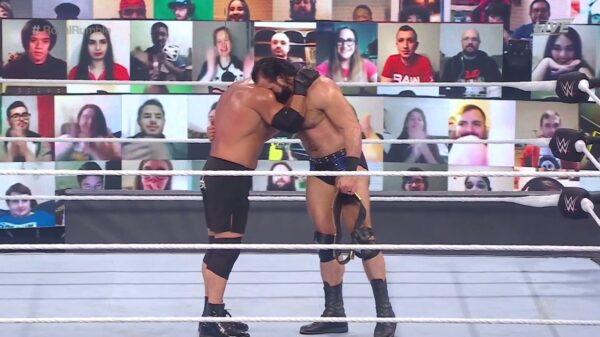 Interesting move having WWE Hall of Famer Goldberg in the opening match. Before we get to the match, Goldberg’s new attire also threw me for a loop.

Like most Goldberg matches, they need to be quick. Goldberg hitting a few spears and maybe a jackhammer is really all he has left.

And, if you ever go back and watch the match, that is exactly what happened. Goldberg frequently losing is tarnishing his legacy. Grade: C

Does he have your respect now, @DMcIntyreWWE? #RoyalRumble @Goldberg pic.twitter.com/svoYHxde8k

The match hasn’t even started yet and @DMcIntyreWWE has been Speared THROUGH THE BARRICADE! 😱😱😱#RoyalRumble #WWETitle @Goldberg pic.twitter.com/GTW9Xx8Vsx 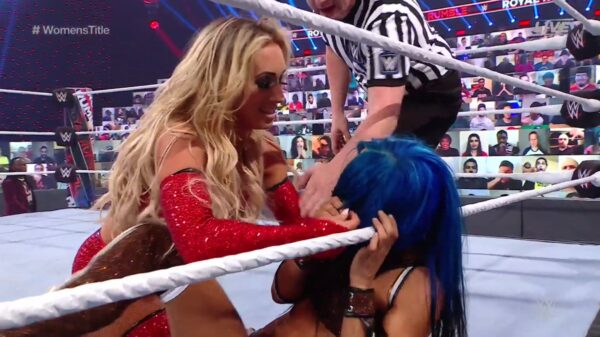 Despite meeting at TLC, Sasha Banks and Carmella met up again. Like a few weeks ago, I thought they delivered.

Carmella has improved dramatically over the past year. Although, I am not digging Reginald as he seems to make matters worse.

A scary spot was the suicide dive on the outside as Carmella almost landed on her neck and her face slid across the entrance ramp. Wrestlers are getting too comfortable using the suicide dive and it needs to stop. Grade: B 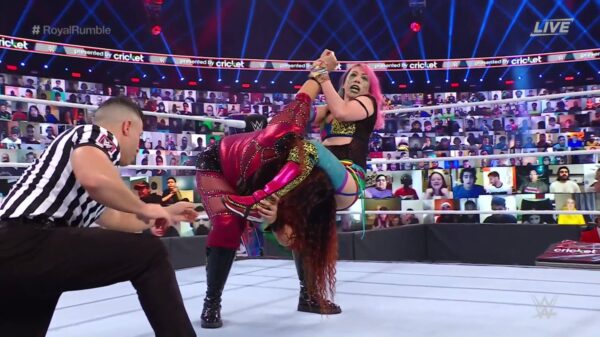 Considering three of the four women were in the Rumble Match, it makes sense they work the pre-show. There have been so many pre-show matches, but this is one of the best.

While there were some sloppy spots, like the delayed moonsault, the action was exciting. Too little surprise, Ric Flair and Lacy Evans played a role in the title change.

The biggest problem is the status of the tag belts as both teams are just temporary. WWE might need to rethink the value of these titles. Grade: B 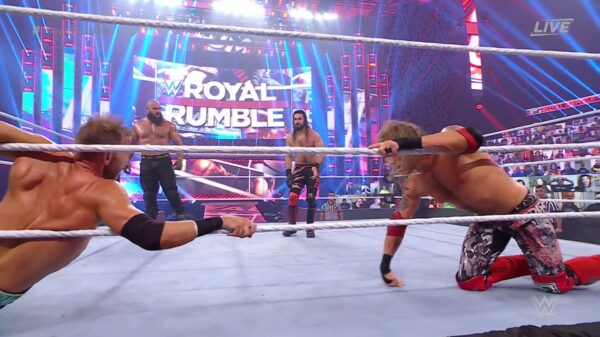 Early in the match, Randy Orton went down with an apparent injury. The way WWE hyped what happened, I figured it was part of an angle and became a distraction.

Seeing Carlito and Christian back inside a WWE ring was great to see. Too bad there were no fans present to soak in that moment.

Great to see Edge get the win. But, I thought Daniel Bryan would have been better option. Grade: B+ 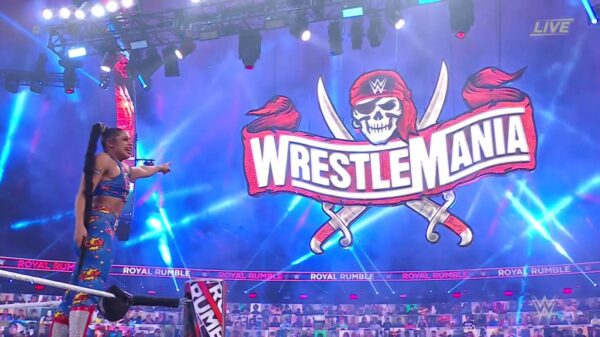 An early highlight was Billie Kay trying to hand out her headshot to other entrants. R-Truth temporarily losing his 24/7 Championship to Alicia Fox was the short amusement fans needed.

Bianca Belair and Naomi get the nod for spot of the night. I do not know what to call their combo moves on the apron, but it was a first.

It was nice to see Victoria and Torrie Wilson make a one-night appearance. Unfortunately, the same does not apply to Jillian Hall.

Rhea Ripley and Bayley were the MVPs who did not win. Belair was also impressive and did enough to get the win. Grade: A- 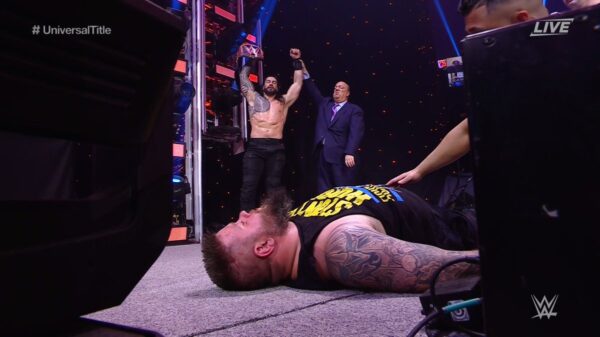 We might have seen Roman Reigns and Kevin Owens do battle last month, but the rematch is welcoming. Whenever these two meet, they leave fans happy.

Reigns blindsiding Owens and hitting him with a golf cart was a sight to see. They fought inside the ThunderDome and around Tropicana Field.

The ending seemed botched as Paul Heyman could not get the handcuffs off Reigns. Once Reigns was out, he went right for the guillotine choke to get the win. Grade: A-