WWE TLC 2020 Report Card: Grades Are In For The Final PPV!

The final PPV of year was full of bumps, weapons and title matches. So, let us dig into the WWE TLC 2020 report card and see the grades.

After an unpredictable year, WWE TLC 2020 closed everything out. The night had a little bit of everything and here are the report card grades.

WWE TLC 2020 Report Card: Grades Are In For The Final PPV! 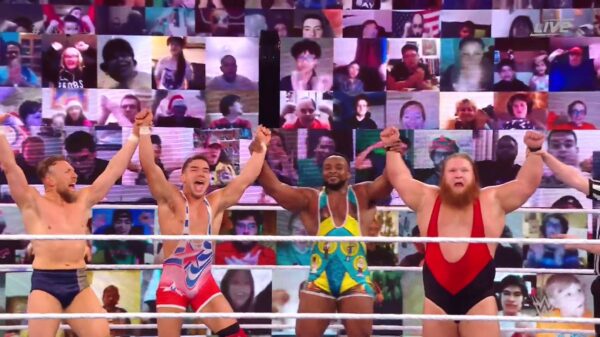 Whenever WWE adds the pre-show match a few hours before the event, you know they are scrambling. Seemingly, they took eight talented superstars and tossed them into a tag match.

Some of those involved made sense, like Big E and Sami Zayn, as they have feuds going on. Others were added to just book names.

Sami and Big E seemed like the big winners as they are likely headed to battle over the Intercontinental Championship. Big E pinning the champion only helps solidify what we all know is coming. Grade: B

The action has broken down and CHAOS has taken over this 8-Man Tag Team Match during the #WWETLC Kickoff Show! pic.twitter.com/vLJKmTpY1a 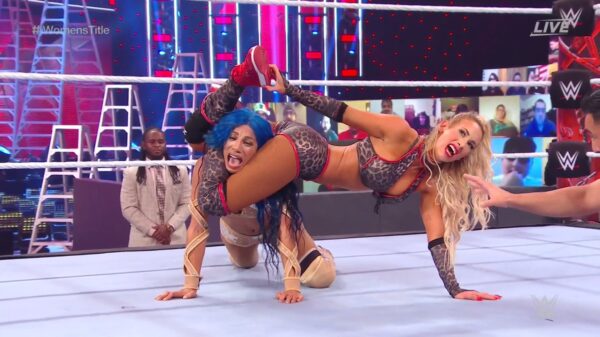 For the second time this month, Sasha Banks took on Carmella. I cannot say one match was better than the other.

Despite not wrestling for most of 2020, Carmella seems to have improved in the ring. She never stood a chance against Banks, but WWE gave her the chance.

The biggest issue was Reginald, who blatantly cheated and the referee did nothing. I would have rather seen the match play-out without Reginald. Grade: B

VIVA LA #BOSS! 🔥🌹🔥@SashaBanksWWE channels Eddie Guerrero as she looks to battle back against @CarmellaWWE with the #SmackDown #WomensTitle on the line at #WWETLC! pic.twitter.com/ESzqqzWVBR 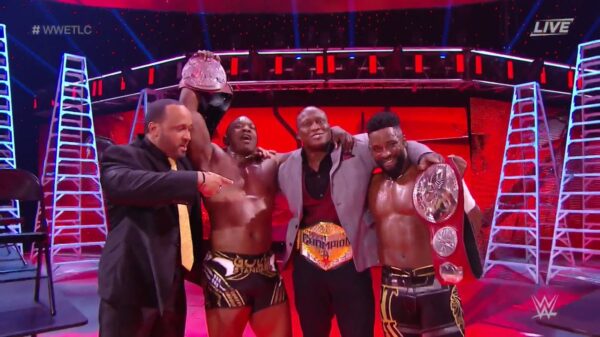 It seems like The Hurt Business and 2/3 of the New Day have been feuding for months. Mostly, they have met in singles matches.

Finally, the titles were on the line and The Hurt Business now have more gold. The ending was something to keep an eye on.

Cedric Alexander got overwhelmed and tagged himself in to claim the titles. Shelton Benjamin, who has not been tag champion in like 15 years, did not seem too thrilled. Grade: B 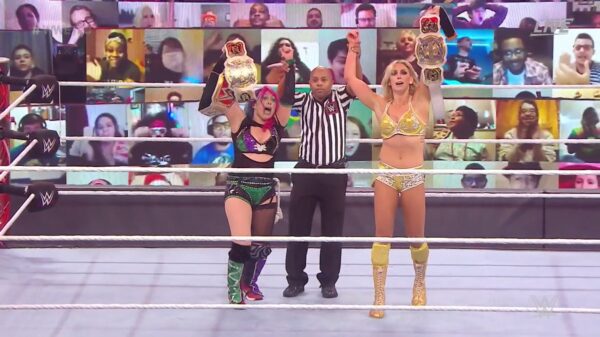 To the surprise of nobody, Charlotte Flair was revealed as Asuka’s tag team partner. It makes sense considering Nia Jax took Charlotte out of action for half of the year.

Originally, the spot was supposed to be Lana. Then, WWE wrote her off TV which was questionable after so much attention the past 90 days.

The biggest issue is how WWE continues to misuse their Women’s Tag Team Championship. Mostly, makeshift teams have held the belts as the division continues to lack foundation. Grade: B

TLC Match for the WWE Championship: Drew McIntyre vs. AJ Styles vs. The Miz

In the past, TLC has allowed AJ Styles to leave as champion. With the size difference, Styles was smart by focusing on the leg of the champion.

Good use of the weapons as neither went for blunt-force moves. Instead, Drew McIntyre and Styles were able to hit their usual spots with the tools around the ring.

The Miz cashing in Money in the Bank and making it a triple threat was a little odd. Let McIntyre and Styles beat each other and easily cash-in after the match. Grade: A-

.@DMcIntyreWWE just LAUNCHED @AJStylesOrg over the top rope and through a table!!! 😱 😱 😱#WWETLC #WWETitle pic.twitter.com/eiofRXk0Ql

.@DMcIntyreWWE just LAUNCHED @AJStylesOrg over the top rope and through a table!!! 😱 😱 😱#WWETLC #WWETitle pic.twitter.com/eiofRXk0Ql 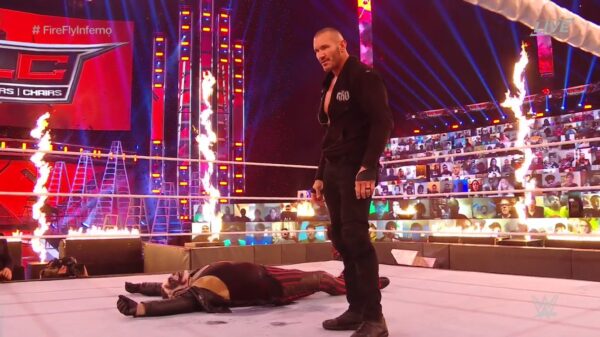 The Inferno Match is rarely used and this time there was a Firefly theme added. For such a big moment, the match was put together within a few weeks.

Randy Orton has only himself to blame. He started this feud years ago and brought it back by trying to light Bray Wyatt on fire.

Crazy match and ending as Orton lit The Fiend on fire, followed by an RKO. Then, Orton dowsed The Fiend in gasoline and lit his entire body on fire one of the most shocking things ever.

No words to describe what just happened. Grade: A- 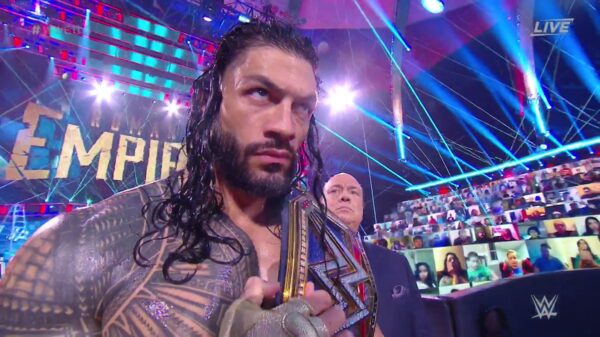 Kevin Owens is known to absorb a ton of punishment, so you figured this match would be brutal. Owens jumped Roman Reigns and showed that ruthless aggression.

Jey Uso getting involved made you think someone would help Owens. But, Owens has made more enemies than friends in the business.

Towards the end, Owens took so many nasty bumps. Valiant effort by Owens as it took two men to defeat him. Grade: A-