AEW is using Sting a whole lot better than WWE is using its veteran Goldberg. But what are the clear differences between the two?

AEW is using Sting in the best way possible, but the same cannot be said for Goldberg and the WWE. While we adore Goldberg, the WWE should learn some lessons from AEW where the use of legendary wrestlers is concerned.

How WWE Is Using Goldberg 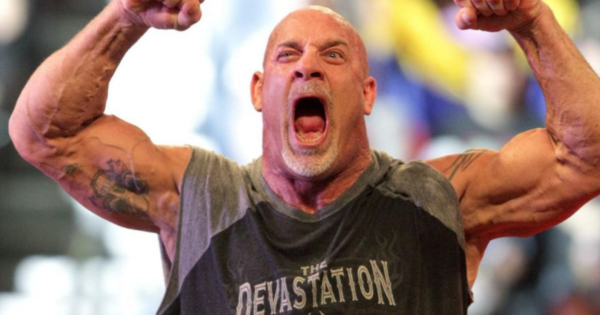 The WWE is using Goldberg in a much different way than AEW is using Sting. In fact, Goldberg came back to take the spot of several younger wrestlers.

While I have no problems with Goldberg, since I absolutely adore the guy, his booking has not made him more popular with fans. And while it is nice to see a man in his fifties run with the young boys, you do have to feel for the other guys on the roster.

The Fiend and Kevin Owens were doing great in the WWE before Goldberg appeared once more. Unfortunately, his arrival also put a damper on the momentum of these two wrestlers.

The WWE wants to use its popular veterans to lure people back to the company. However, it has the opposite effect at this point in time.

The company is killing any momentum its younger wrestlers have. And it is not the first time either.

Before this whole situation with Goldberg, the WWE purposefully killed momentum of other stars. One of the most notable examples is none other than Rusev, who now works for AEW as Miro.

So, before blaming Goldberg, we have to realize that this is all the work of the WWE officials. At the end of the day, Goldberg is just doing his job.

How AEW Is Using Sting 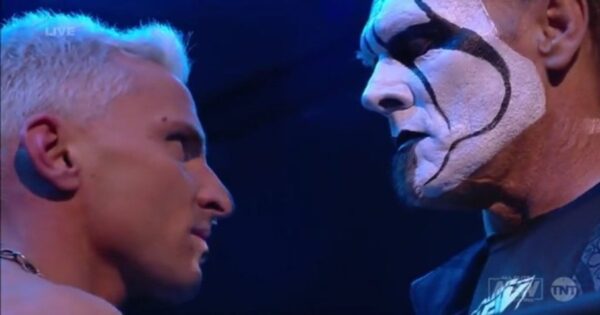 AEW’s use of Sting stands in stark contrast with the WWE. Instead of giving him singles runs and championships, AEW uses Sting to elevate its existing talent.

Shortly after his arrival on AEW, Sting seemed to bond with younger wrestler Darby Allin. Of course, this was no surprise considering the similarities between both men.

Darby Allin’s face pain is clearly inspired by the former TNT champ. And now he is the TNT Champion, there is a delightful connection between both men.

The alliance between Allin and Sting gives Darby Allin a stronger foothold as the TNT Champion. On top of that, it gives him some mainstream recognition.

AEW does not diminish the past achievements of Sting though. When Sting comes out, wrestlers react in pretty much the same way they would if The Undertaker would appear.

Needless to say, AEW gives Sting the respect he deserves, but does not do it with championship wins and singles runs. Instead, they use him to elevate existing wrestlers, fueling their momentum instead of stopping it.

This is a harsh lesson the WWE needs to learn. After all, the way Sting is used in AEW does not diminish his standing as a legendary wrestler at all.

I believe the way Sting is used actually protects his legacy. While the man can still wrestle, putting him on a schedule such as Goldberg’s might not be the best thing for him.

Needless to say, I would love to see Goldberg in AEW, preferably in a similar way as Sting.