RAW In A Nutshell: Will Goldberg Be Next At The Rumble?

It's another RAW In A Nutshell, and we can't help but wonder: will Goldberg be next at the Rumble? Will Drew be able to fight?

Another Monday, another RAW In A Nutshell. This week, we ask the question: will Goldberg be next at the Rumble?

Last week, RAW closed with Bill Goldberg challenging Drew McIntyre. Though it seemed likely to happen, no match had yet been made official.

Of course, just before RAW went on air this week, we learned that the WWE Champion has tested positive for COVID-19. That means that there’s at least some doubt as to whether he can even work January’s Rumble.

Still, with the first of WWE’s “Big 4” PPV just a couple weeks out, we do have to ask: will Goldberg be next at the Rumble? And, if not, when might he be?

Considering WWE pivoted from the long rumored Roman Reigns-Goldberg match, giving us what we thought would be Goldberg and McIntyre…things remain both in flux, and interesting.

Now, of course, there are other matches to build up for as well. Who else might declare for the men’s and women’s Royal Rumble matches?

Will we see any other new developments? Considering that RAW is going head to head with the big college football game, I have a feeling we might get a surprise or two…

So, will Goldberg be next at the Rumble? 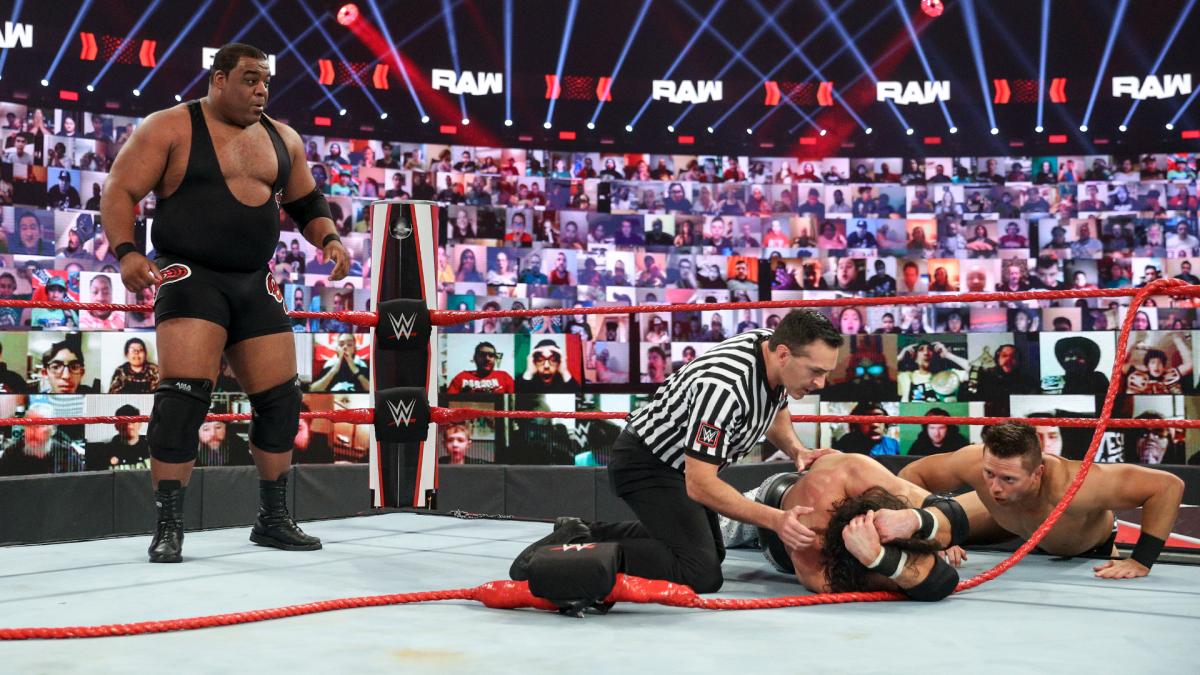 That means I am getting two for one. Their tag match, where they teamed up…plus the singles match after. 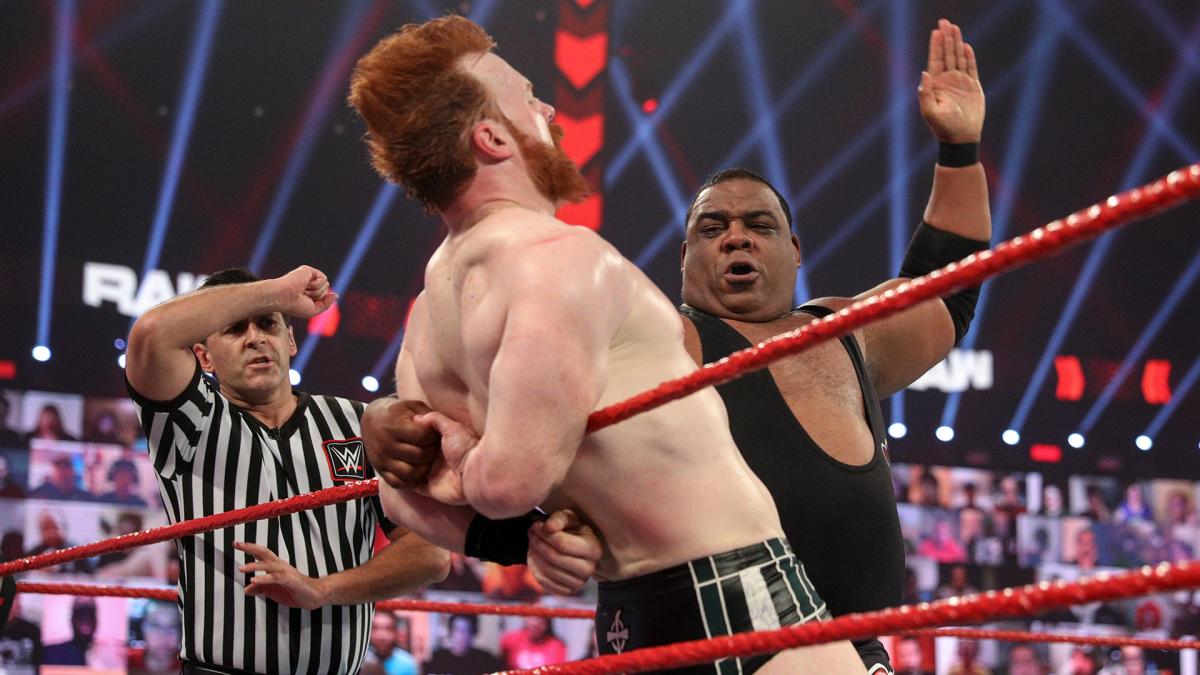 These two are going with a similar chemistry as Sheamus has with Drew…they love to fight, and can do it with or against each other. 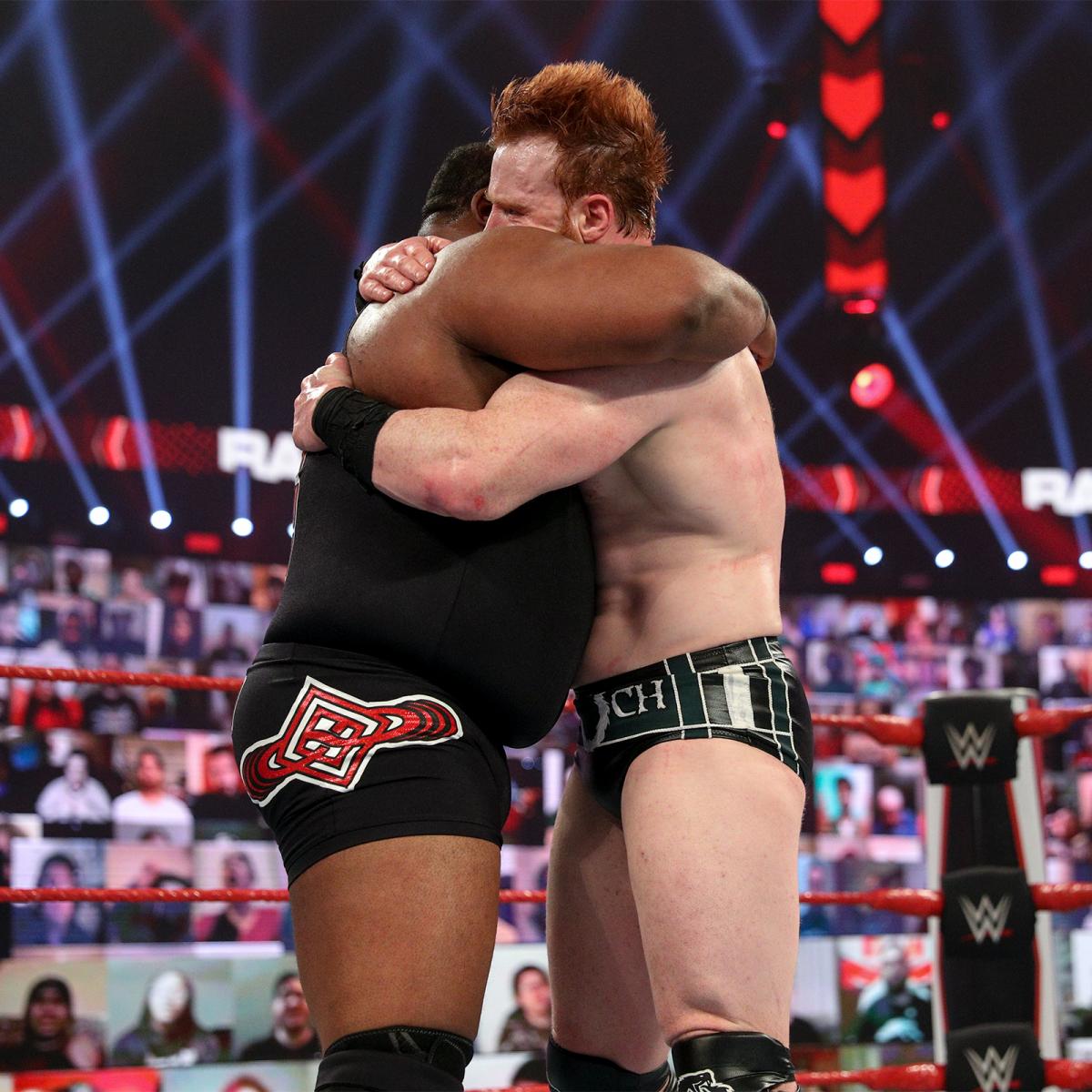 Well, we didn’t get much of Orton and Helmsley… 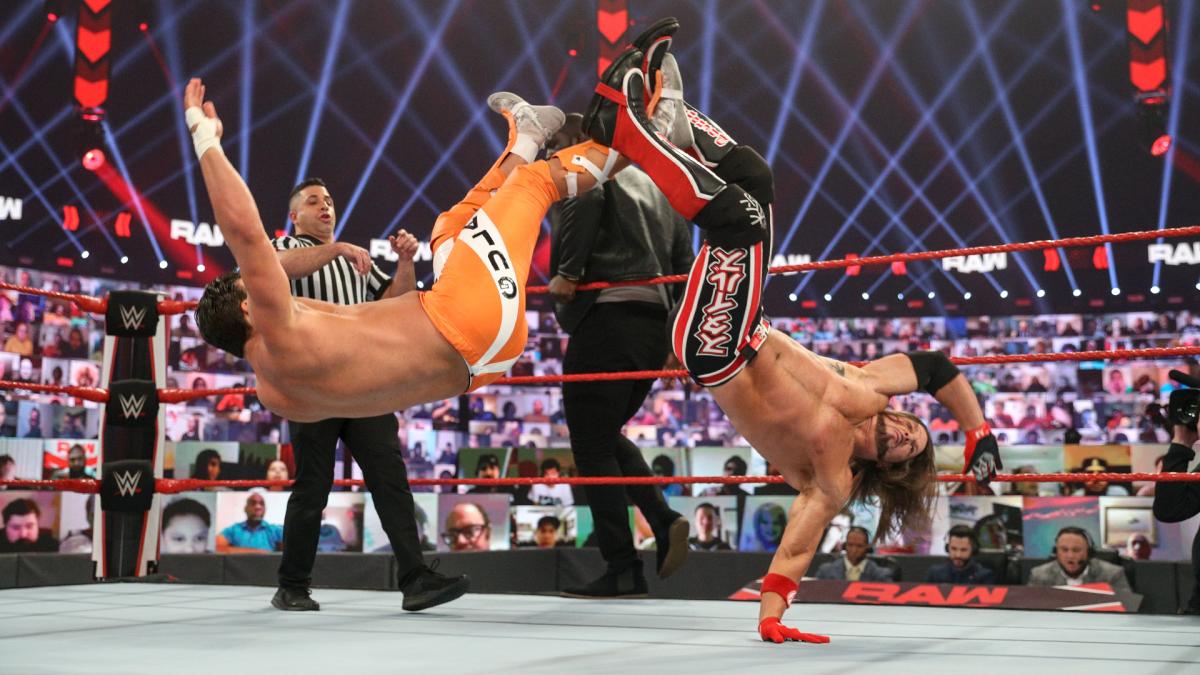 Take your pick, we have choices. 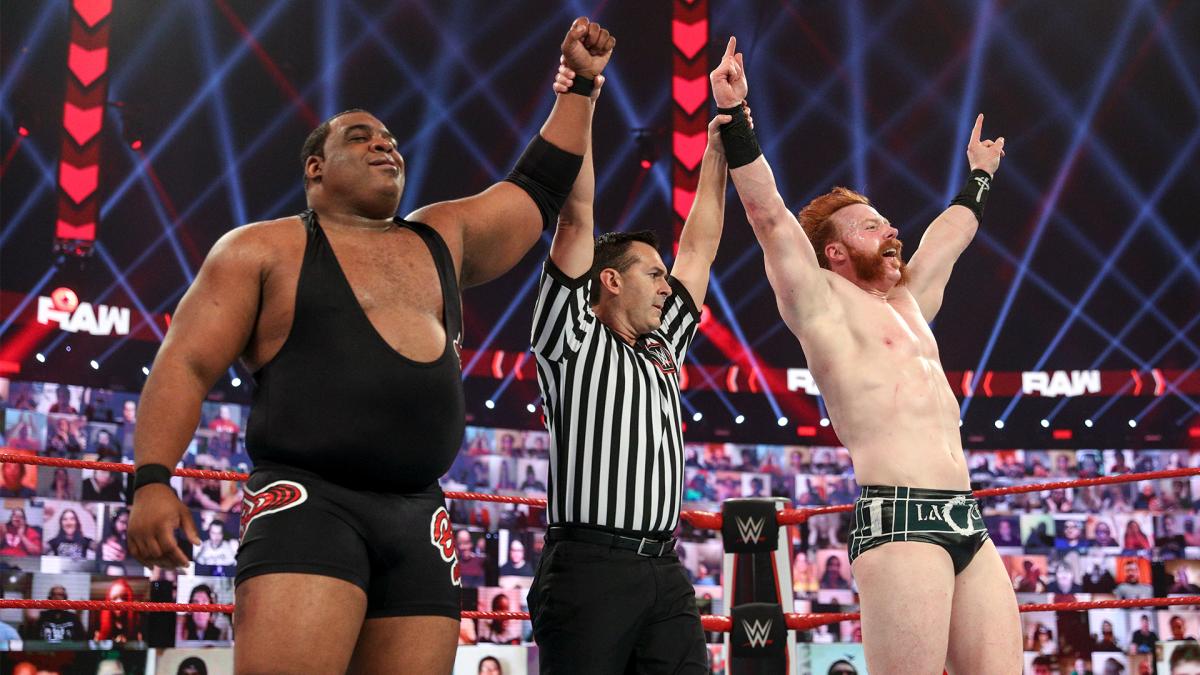 Not a move, but the shots of Omas hovering behind AJ, or over Drew Gulak.

So does the really big man actually enter the Rumble? Hopefully not.

But will he factor into an avoidance of an elimination? I’d bet money on it.

I feel like Drew Gulak got a bit better showing than usual for a jobber…but yes, yes he was the jobber of the night tonight.

I mean, I love how he represents Philly…but those tights? I don’t know what was going on with those.

Like, you knew somehow it wouldn’t be a given away Hunter-Orton full match.

Keith Lee offering to take Hunter’s spot kind of telegraphed it. Instead, it was interrupted by The Fiend.

Or at least, The Fiend’s fun, and Alexa Bliss doing his bidding.

The Fiend’s bidding this time? Fireball, from Bliss to Orton.

Now, the one thing missing, and it creates a bit of a gap: Hunter and his flaming sledgehammer.

For one, it goes on fire in the middle of the ring…but then as all the screens are going to black, a flaming object suddenly goes dark and Hunter disappears? 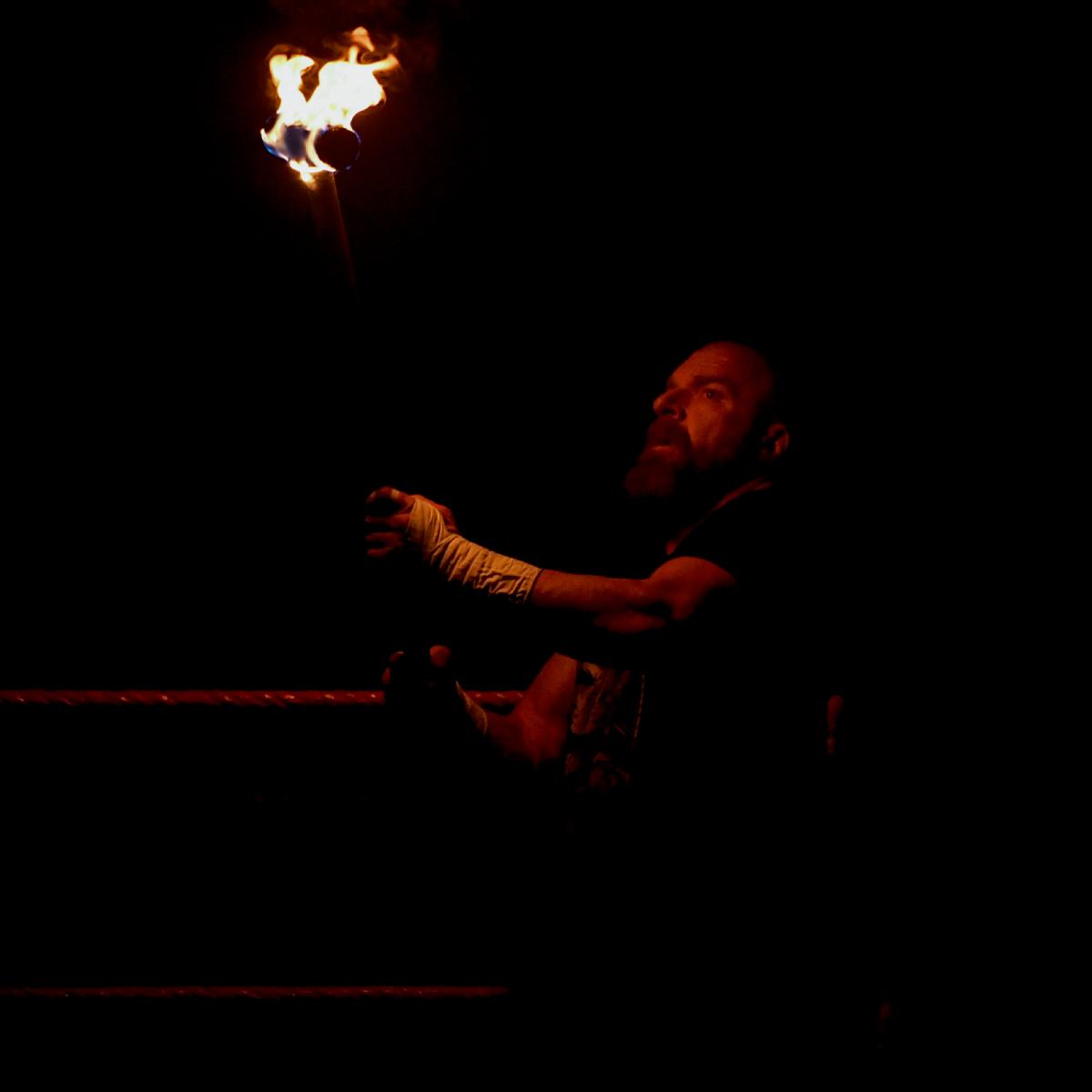 That part was a bit…meh…when you think about it.

Some flubbed lines by the announce team.

Was not liking how they just disappeared Hunter and a flaming object.

OK, maybe not entirely LOL, but some.

Riddle bumped into Lucha House Party, discussed dealing with the Hurt Business, and we saw Riddle trying to watch his back-and he said it was impossible, as he tried.

Though, I chuckled most because I half expected the LHP to come in and attempt a save when MVP and Lashley were having fun with Riddle. 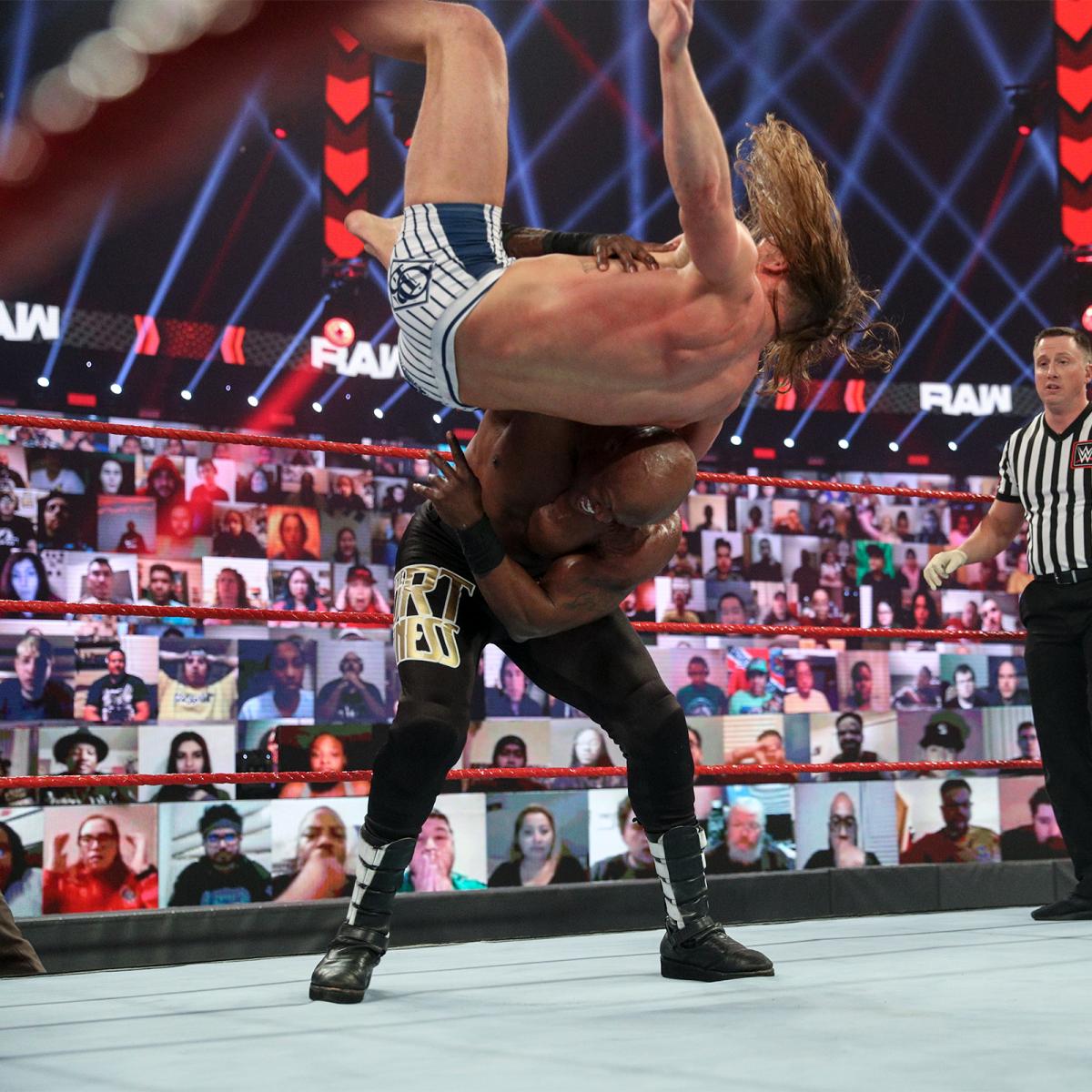 Well, we opened the show with an uncommon sight of late: Triple H on RAW. 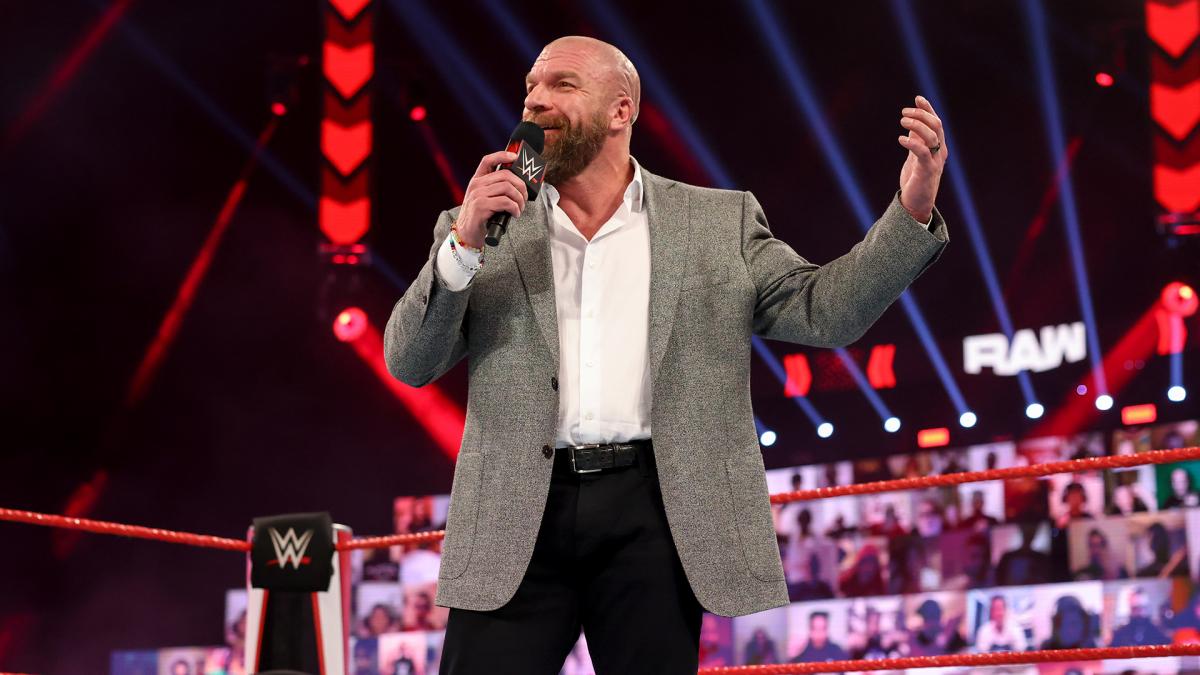 It resulted in a confrontation between Hunter (a Legend) and Randy Orton (the Legend Killer). Which gave us an unplanned RAW match between the two.

On one hand, I expected surprises for a night like this, going against football. On the other, why give away such a big match? 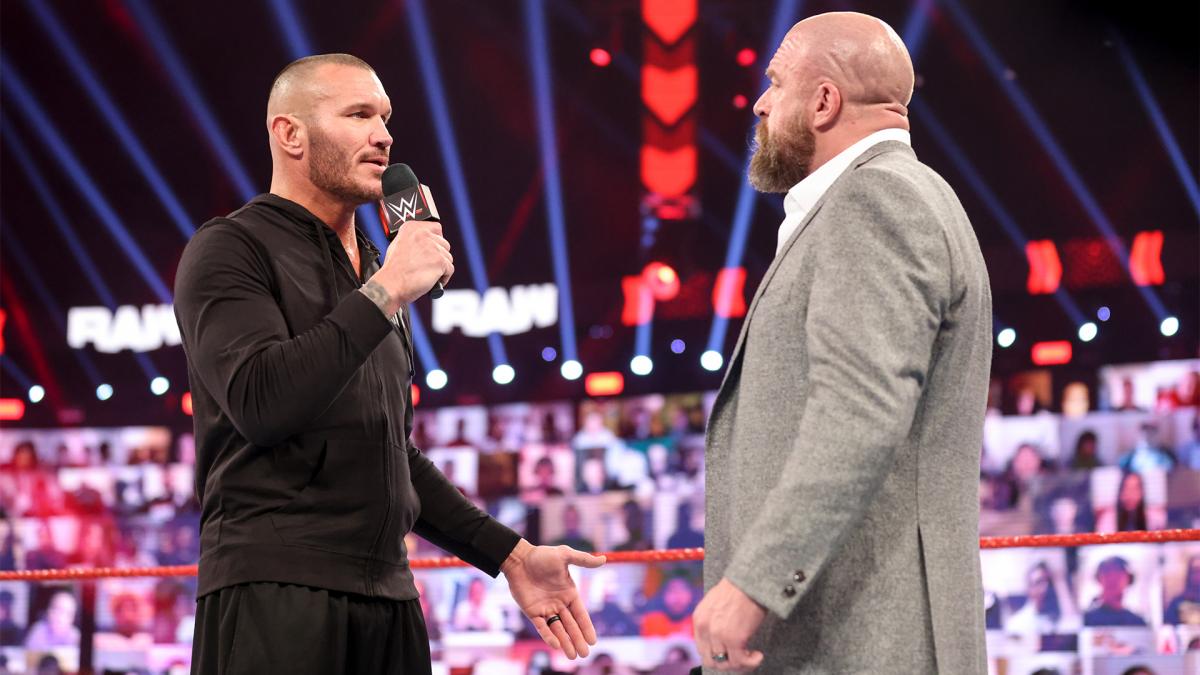 Though, my favorite of the night? Drew Gulak declaring for the Rumble, only to have Adam Pearce and AJ Styles tell him he can’t just declare…

Like, for weeks, that is literally all we’ve seen happening. Now, sure, it’s been all big names you’d expect to be in regardless…but Gulak had a point.

I said as much weeks ago. What’s preventing some perpetual jobber from doing the exact same thing (writing, of course, but you get my point).

This one feels a bit cringey to me…but maybe some are OK with it?

Idk what’s better….the win, the money, the suite, or pissing off the queen.💅

And an ECW ref even chimed in…and he was not wrong!

One concern about planning…WWE did address that McIntyre has COVID…but they did also confirm the match for January 31.

Sure, Drew said he’s positive and asymptomatic…for now. I guess I would have expected either a delay, or some caveats, because a lot can change between now and then.

I mean, Drew could experience symptoms? And, depending on when he was exposed to it…could he have also exposed Goldberg?

I can’t help but wonder if Hunter coming back to the ring on RAW this week was more than just activating an insurance policy.

Like, will he be in the Rumble? Or setting up something again down the road?

I would not be shocked.

The fireball was a new wrinkle, and I’d bet it’s something we would not see in a full arena. 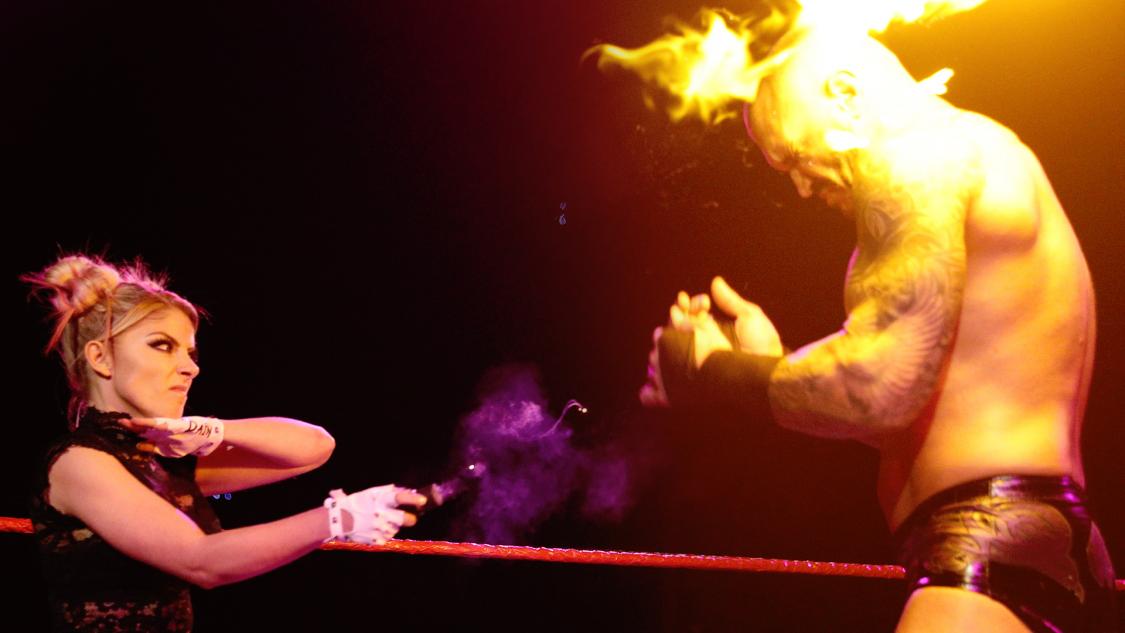 I suppose WWE did a fairly decent job handling Drew McIntyre’s unexpected absence, still able to have the champ on thanks to technology.

Well, WWE took the curve ball (Drew being out with COVID) and the challenge (up against the CFB title game), and didn’t do terribly.

The Fiend is getting closer to a return. Hunter stepped in to fill the void against Randy Orton and didn’t have to do too much.

I will say this: how many times have we heard, after the fact, that a WWE show was a disaster because of last minute, seemingly random, re-writes and changes?

This week, they had a really good and documented reason for some show chaos, and it seemed like it went a bit better. I do wonder if Hunter being there meant he was involved in the show more than usual?

Not saying it was an all-time amazing RAW. More saying that, with a top star in isolation, they didn’t do too badly.