If it was up to Daniel Bryan, there would be a big change to developmental. And, Layla was asked if she ever thought about returning to WWE.

There is a developmental change needed and Daniel Bryan has no issue speaking his mind. Also, retired superstar Layla was asked if she would return to WWE.

Before reaching the stages of TV on RAW or SmackDown, almost all wrestlers go through developmental. Of course, the already established names are sent right to the main roster.

Currently, WWE has the Performance Center, which now goes by Capitol Wrestling Center. The building is used for talent recovering form injury or those who are learning the basics.

The problem, at least to Daniel Bryan, is there needs to be another developmental system in WWE. With NXT becoming its own brand up there with RAW and SmackDown, that is out of the equation.

While speaking to Michael Morales Torres of Lucha Libre Online, Daniel Bryan joined the conversation. Basically, he believes NXT is not for developmental wrestlers anymore and WWE needs to add a new one.

“Because we need one to develop talent if NXT is not our development, which it isn’t. Those guys are awesome and I do consider NXT a third brand for our company.”

With NXT only airing two hours a week with commercials, they can only feature so much talent. Another problem, is the yellow and black brand is already packed with those ready for RAW or SmackDown.

At least, someone notices there is a problem and is speaking out. Bryan has never been afraid to share his opinion and it is usually spot-on.

Therefore, his feedback has helped some superstars on SmackDown get a better push. 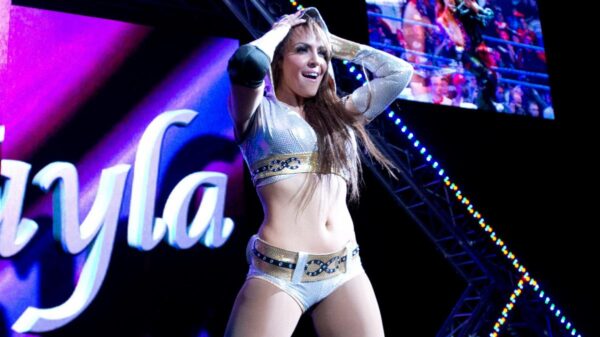 Layla went from dancing on WWE TV to Divas and Women’s Champion as well as part of the popular LayCool. At the time, women were not getting the right attention.

Still, Layla marched forward and became one of the more fun characters to watch each week. Eventually, she can began to appear less for WWE.

She would return as Fandango’s dancing partner. That led to short feud and alliance with Summer Rae.

Looking back at her time in WWE, Layla is happy with what she did. She noted with Ring The Bella, how her body could not take the injures anymore.

“I think I had a great career and was very privileged,” said Layla. “I explored everything I could explore in WWE. Like what else more could I have possibly done?”

“I got to be around great people and I got to travel the world. I was able to get a great fan base behind me. And it was just time. I didn’t want to age too much on TV. The older we get we’re more prone to injuries. It was just time.”

After undergoing an unknown operation in January 2015, Layla retired that summer after only one return match. Now, she works in real estate.