Elias was nearly fired twice by WWE, but stuck around after a last minute pitch. And, the current timeframe for when Lana will return to TV.

Elias was nearly fired twice by WWE, but he survived thanks to quick thinking. Also, the current status on when Lana will return after being temporarily written off TV.

Despite not winning any titles on the main roster, Elias is usually someone fans look out for during RAW. His wrestling skills might not be on par with AJ Styles, but his gimmick is over with fans.

Apparently, Elias almost did not make it to the main roster. On two separate occasions, WWE management told him he was going to be released unless drastic changes were made.

While speaking with Chasing Glory, Elias discussed the ultimatum given by WWE.

“I was put on the list to be fired multiple times in NXT,” said Elias. “I was made aware of it two different times.”

“You can imagine walking into work knowing ‘that guy right there wants to fire me.’ It makes you walk on eggshells, there’s extra pressure. There were a lot of ups and downs.”

“I had been pulled aside by the head of NXT at the time and he was like, Listen, you have to come up with something for us and give us something. We’ll examine you in 30 days and maybe you’ll be better off somewhere else.”

“Not everyone is meant to be a WWE superstar. Come to me with everything you’ve got and we’ll break it down.’” 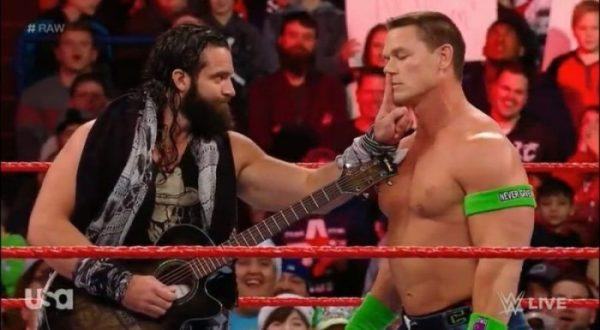 He put together merchandise, promos and ways to introduce the character to fans. The idea was pitched to several people, including the late Dusty Rhodes and Nick Dinsmore, who still wanted more.

Then, Elias had to get a bit more creative to sell this new gimmick. The lights went out and Elias sprung into action.

[Rhodes] turns the lights off,” said Elias. “When he turns them back on, I start yelling at everyone in Italian.”

“Dusty Rhodes goes, ‘Holy s—.’ Nick Dinsmore is like, ‘I got goosebumps.’ The guy that put me on the spot is like, ‘There it is.’”

Elias is yet to win gold, but he did get to work angles with legends like John Cena and Undertaker. Not bad for someone who was nearly fired twice while still in NXT.

Currently, Elias works on the RAW brand and has been paired with Jaxson Ryker. They made their official debut as a duo on Monday’s RAW. 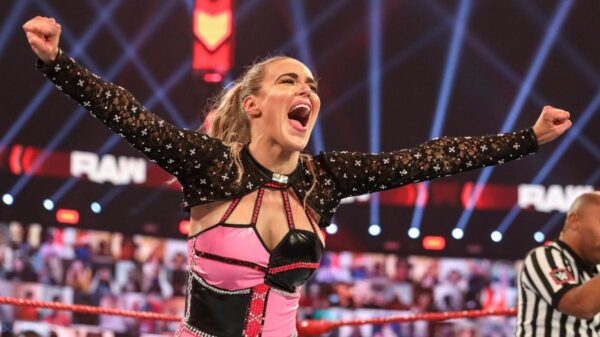 As seen on RAW, Lana was written off TV following her win over Nia Jax. Shayna Baszler and Nia assaulted Lana, who needed to be carted out of the ring.

There is no actual injury and the angle was done to sell the current program. PWInsider reports that Lana will be off TV for three to four weeks.

As a result, Asuka needs a new partner for TLC as she challenges for the Women’s Tag Team Championship. WWE teased the idea of Dana Brooke or the returning Mandy Rose.

But, there is speculation that WWE may have done this to bring Charlotte Flair back to TV. She has been gone for about six months after being attacked backstage by Nia.

While it is a long shot, Kairi Sane’s name was also discussed by fans. Although, she is still in Japan after mutually parting with WWE earlier in the year.