It's Friday, so SmackDown In A Nutshell. This week we hype more for Tables, Ladders and Chairs, and we spend time to remember Pat Patterson.

We end another wrestling week with another SmackDown In A Nutshell. The theme for this week: tables, ladders and Patterson.

As in, we are inching closer to the final PPV of 2020 for WWE, TLC. And, WWE will no doubt pay respect to the late, great Pat Patterson.

Patterson was very influential, without him there is no Royal Rumble. He passed away earlier this week at the age of 79.

While the wrestling world will mourn and remember, there is still a PPV to hype. We’ve already seen plenty of tables and chairs coming into play.

Roman Reigns and his family have their sights on Kevin Owens, and Kevin Owens has his sights set on the Universal Championship.

That is the big one to watch, but there will be plenty more set up between now and then.

So, who’s ready for some tables, ladders and Patterson?

I have two, for two different reasons. 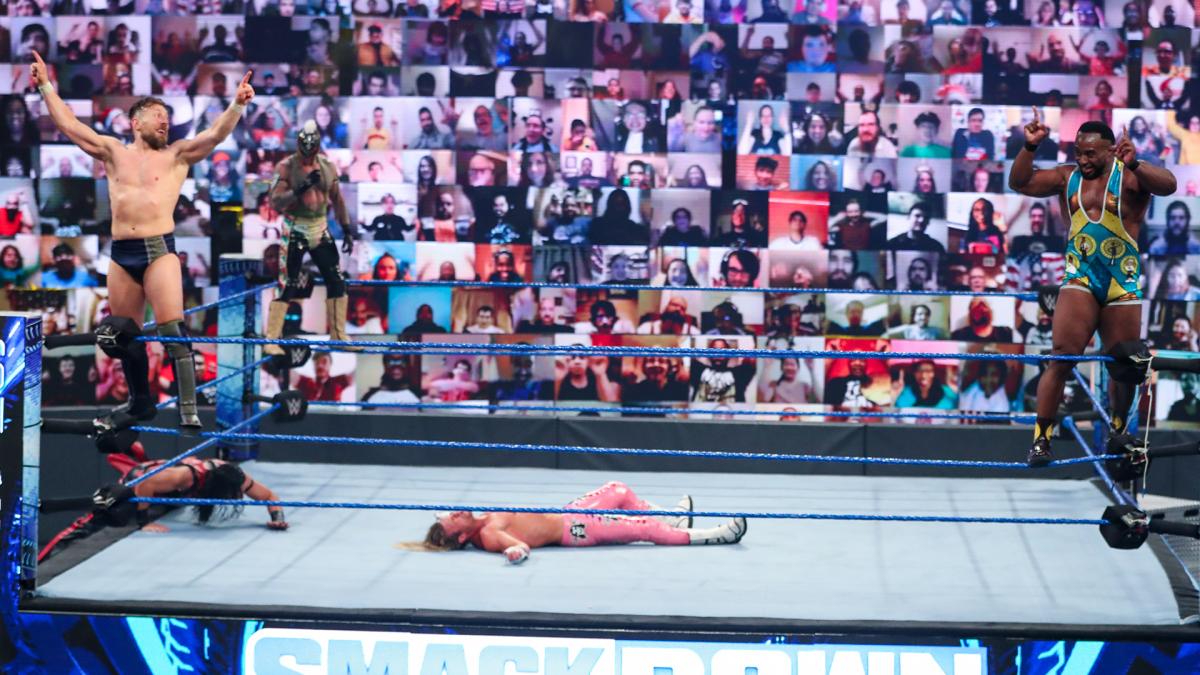 The six man Pat Patterson tribute match was fun. That was just a fun one to watch, that’s all.

The main event was great too. Wrestling was strong, but it was the finish and post-match shenanigans that really did it. 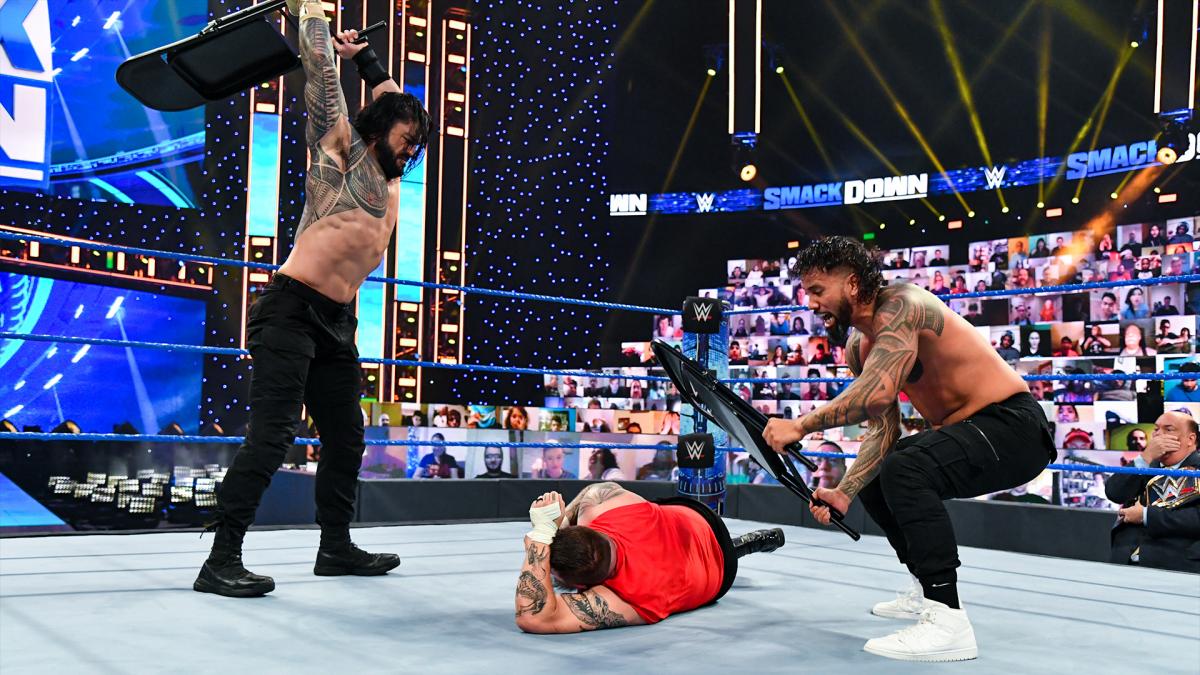 Not sure I have one tonight.

Roman Reigns, hands down. He’s seriously impressive and on another level hopefully. 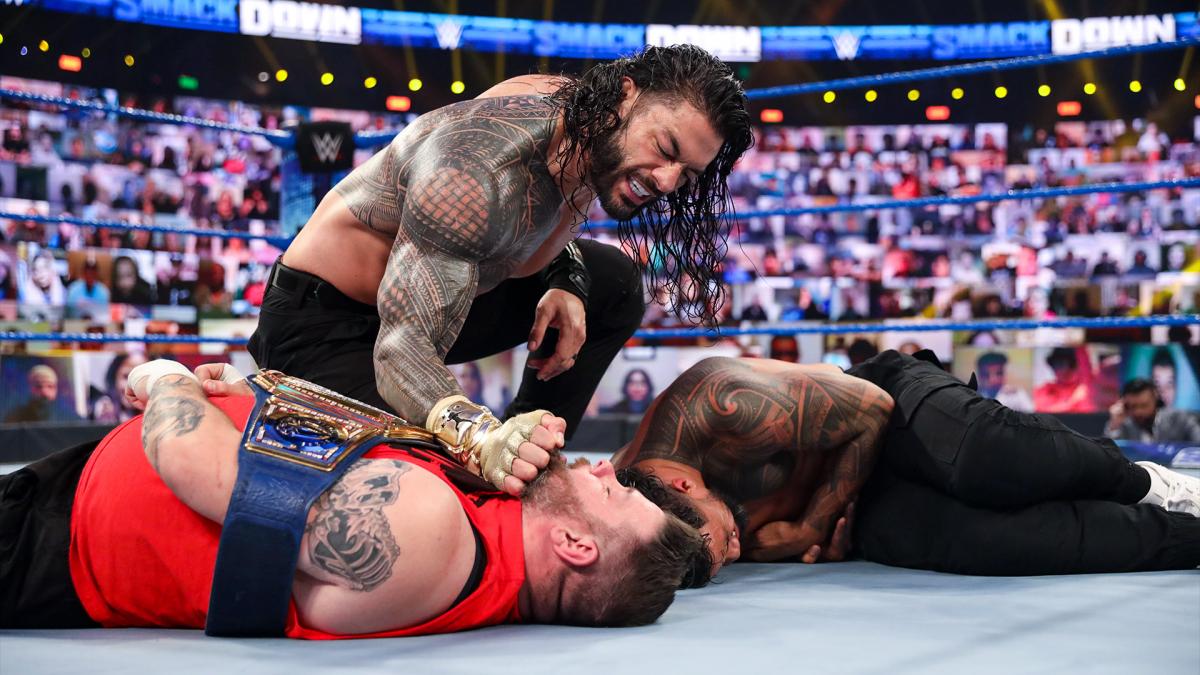 Lots of violent chair and stair shots tonight, for the win. 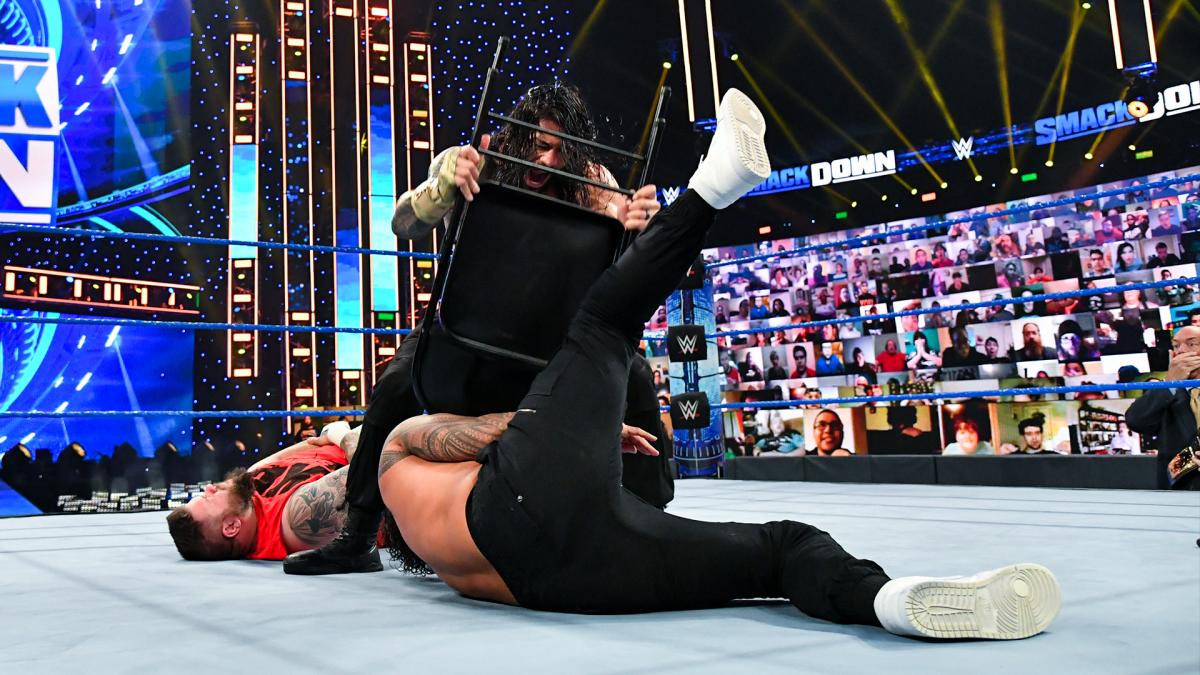 I shall offer up three, which is kind of surprising.

Otis, because he ate the steel steps and was written out of the main event. 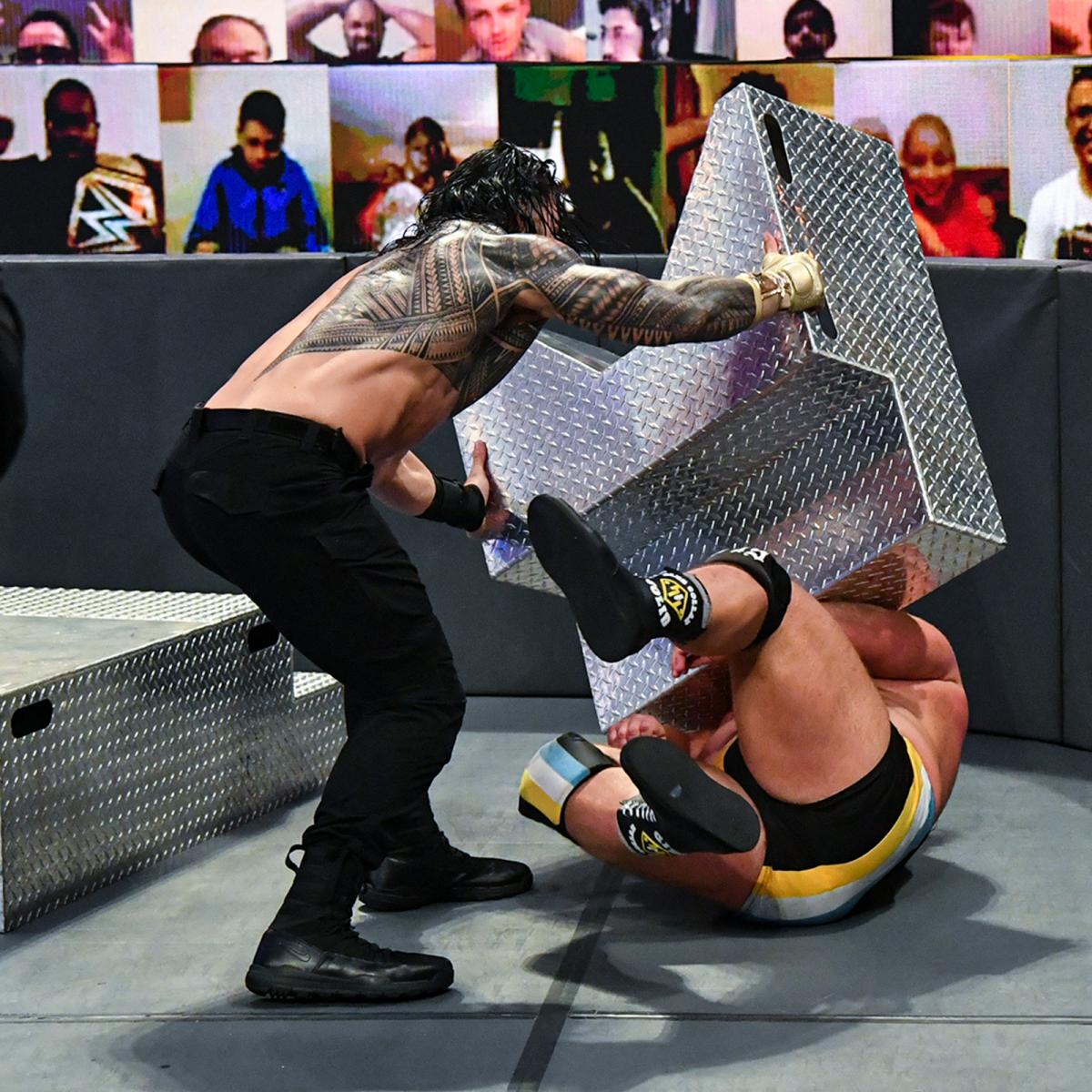 Dolph Ziggler, for the post-match beating he absorbed.

Bayley, who surprisingly lost to Natalya. Not that Natty isn’t capable…more like, Bayley just had an insanely long title reign, a loss on SmackDown so soon after seems…puzzling. 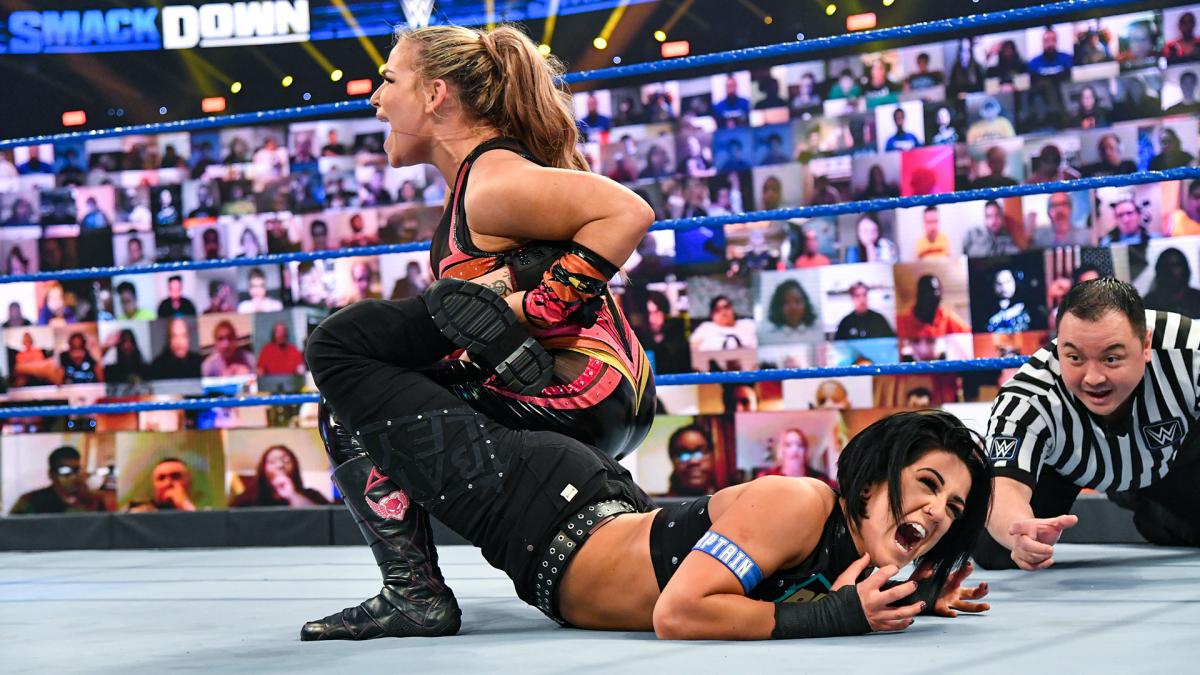 Hands down, has to be Roman Reigns and how insanely heelish his heel character is going.

Like, hitting Kevin Owens with the chair? Sure, yep, that’s expected. 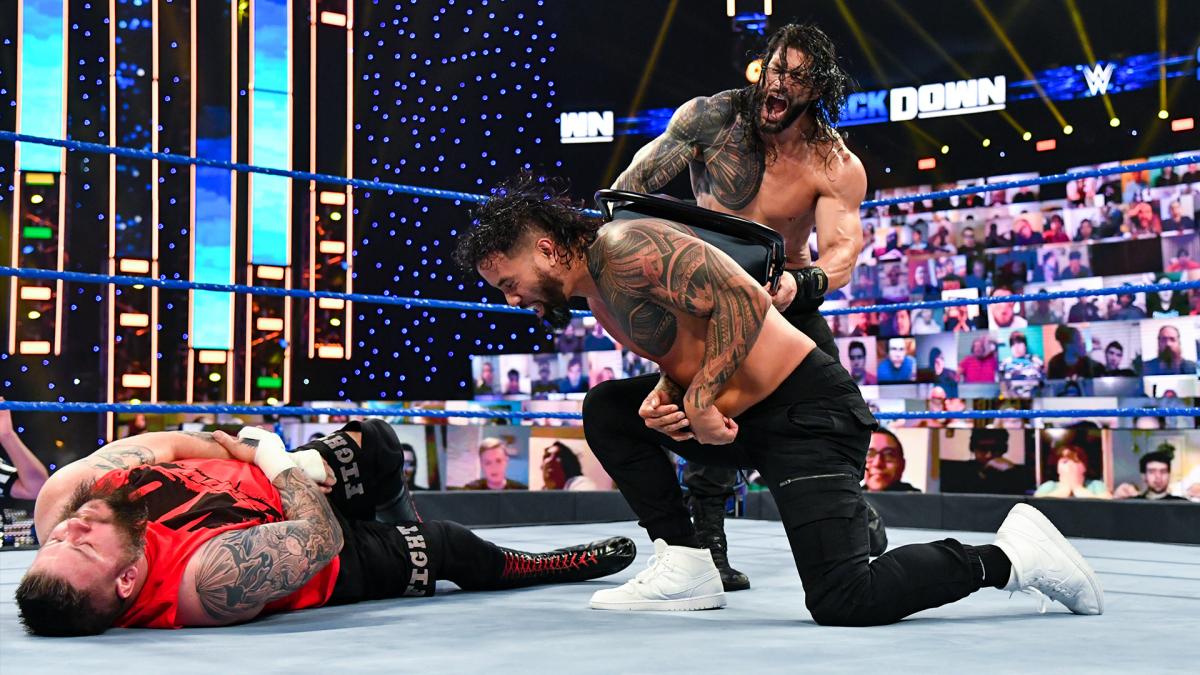 But to once again destroy his cousin, also with the same chair? Because, as he had warned Jey earlier, there are consequences.

All that, and we are glossing over the abuse poor Otis took.

Serious question, but why couldn’t we have gotten this heel Reigns years ago…and is he quite possibly the most hated heel in the last few years?

I wasn’t overly impressed with Sasha during that promo…just didn’t seem crisp. Not a botch, just an observation.

A big opening tribute for Pat Patterson, along with a few others during the show. Also a 6 man tag match in his honor, involving former and the current Intercontinental Champion, so that was nice.

Also, we had two thirds of the Forgotten Sons return, very quietly. Cleaned up a bit and serving as henchmen for King Corbin. 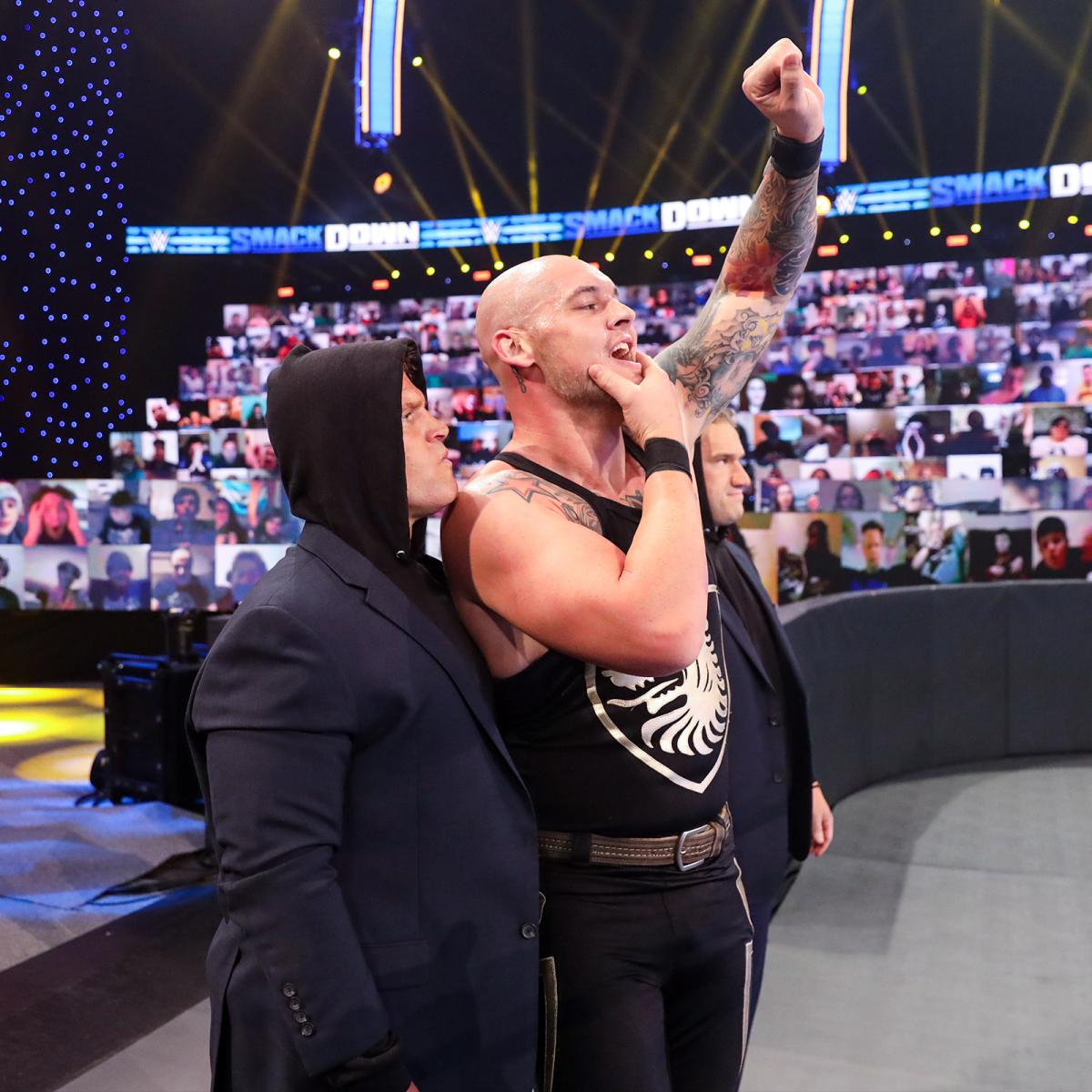 I don’t feel like complaining too much…but I do feel bad for Otis. 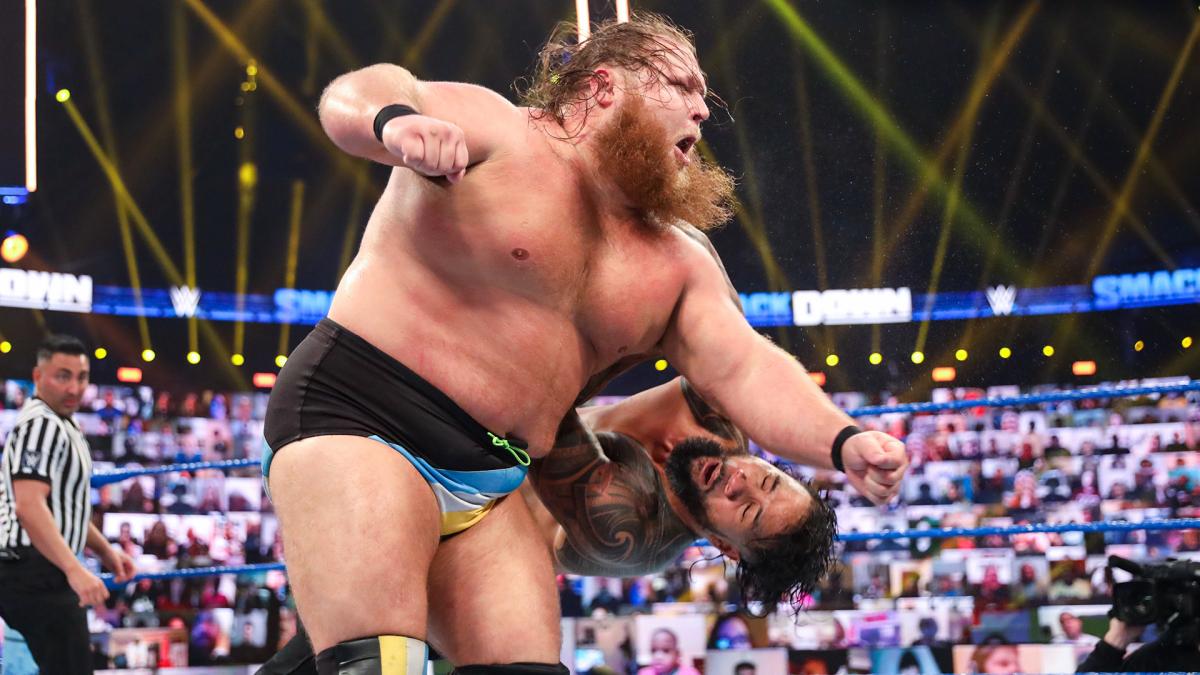 Went from holding the briefcase, to not even finishing main event matches. Like, I get wanting to beat up on Kevin Owens as part of the program…but poor Otis.

I liked the tributes.

I loved Roman Reigns and Kevin Owens, especially the promo right out of the gate. 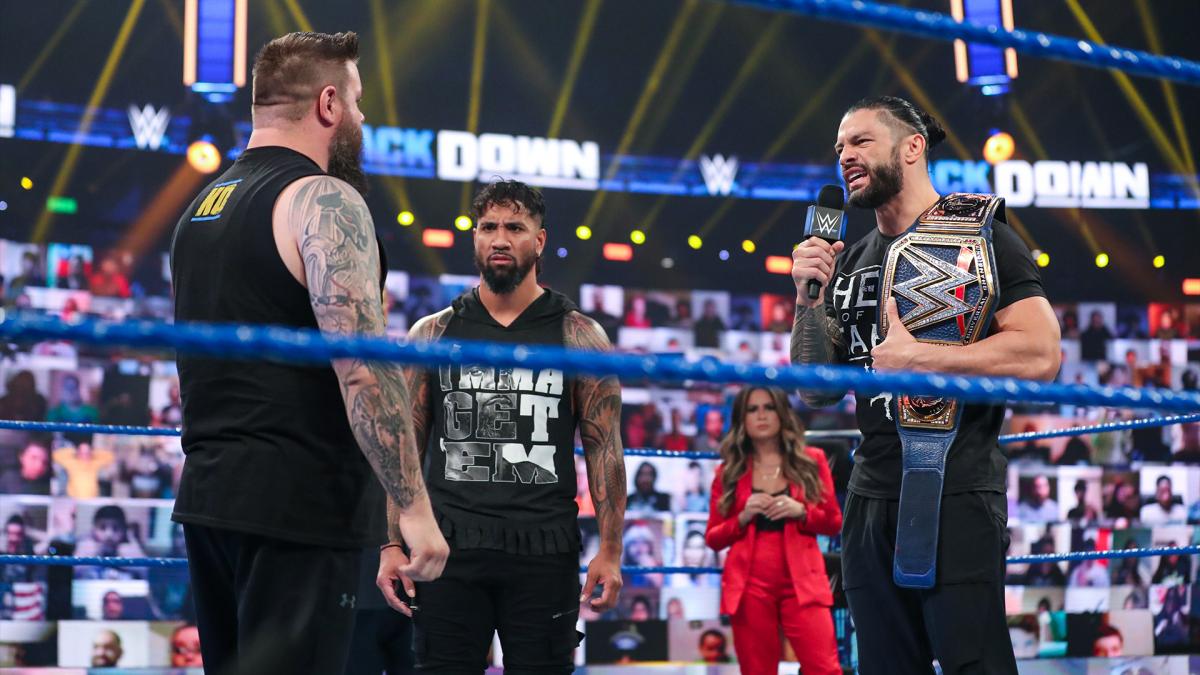 Owens is solid, but Reigns has found a whole new level it seems.

Not a bad show. Sad to have to have the tribute to Pat Patterson, but WWE always seems to do a good job on those. 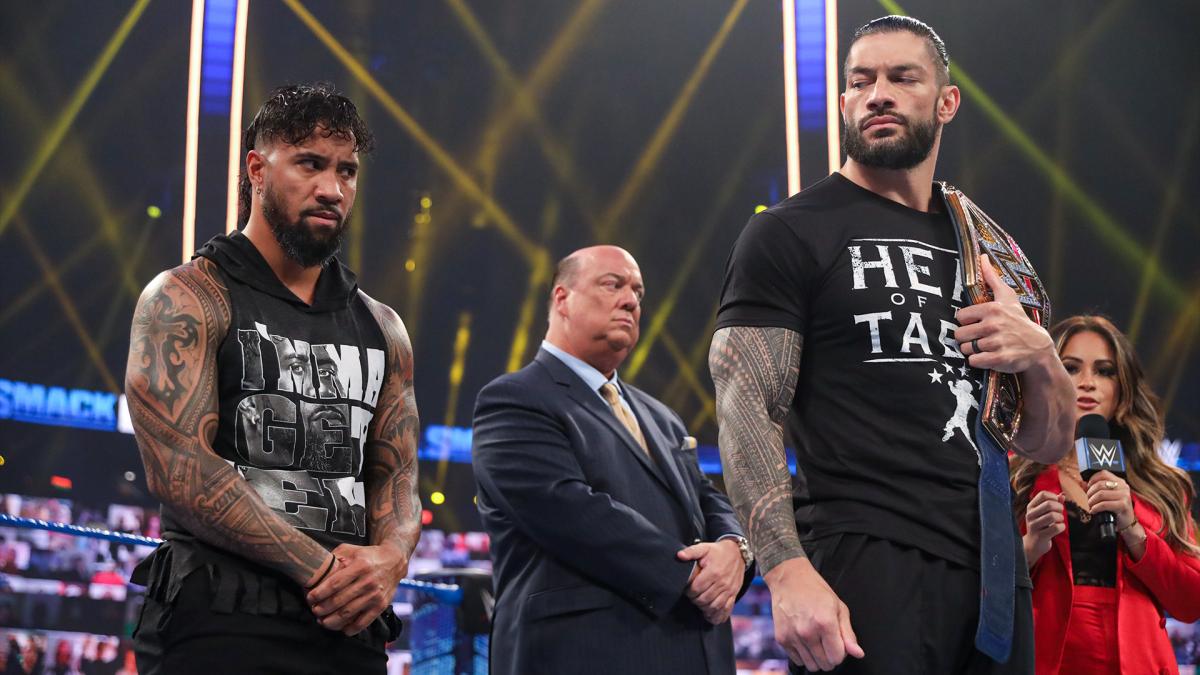 Kevin Owens and Roman Reigns are getting that feud so hot so fast, and it is a lot of fun to watch.

Carmella is impressing, and I wouldn’t be shocked if Sasha once again had a really short reign.

WarGames is Sunday (just a reminder), and TLC is shaping up nicely. Tables, ladders and Patterson was not a bad way to spend a Friday, that’s for sure.