SmackDown In A Nutshell: Friday The 13th Fun In The Dome

It's another SmackDown in a Nutshell, and it's going to give us some Friday the 13th fun in the dome. And Survivor Series is almost here!

It’s not just any Friday SmackDown In A Nutshell…this week, it’s Friday the 13th fun in the ‘Dome!

That’s right, boys and girls. It’s a special Friday the 13th edition of SmackDown, and along with it, SmackDown In A Nutshell.

We are barely a week away from Survivor Series. The teams are just about locked in at this point.

There may some shuffling of other matches, since we know there’s a major title match on next week’s RAW…but that’s next week.

For now, we are all about SmackDown and what the blue brand has in store for us. There is sure to be some tribal fireworks once again, courtesy of Roman Reigns and Jey Uso, too.

So, who is ready for some Friday the 13th fun in the Dome? 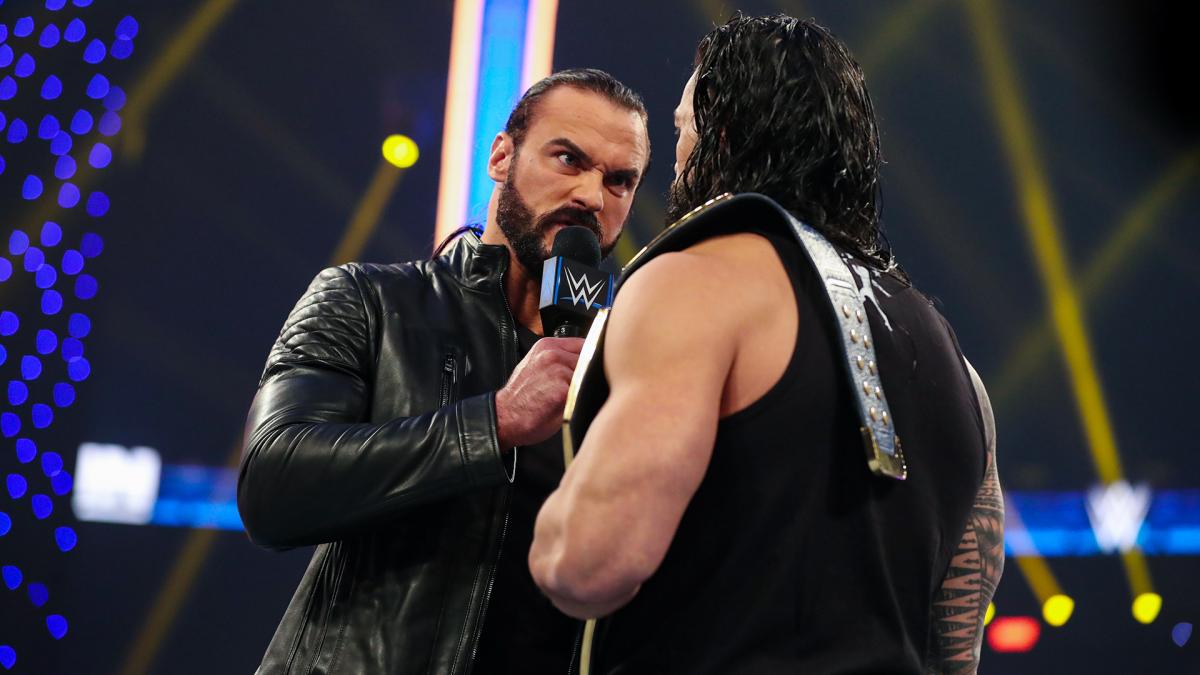 Easy choice here, but the main event between Drew McIntyre and Jey Uso.

WWE has us thinking plenty now. Is this foreshadowing a McIntyre win on RAW, allowing Drew to face Roman? 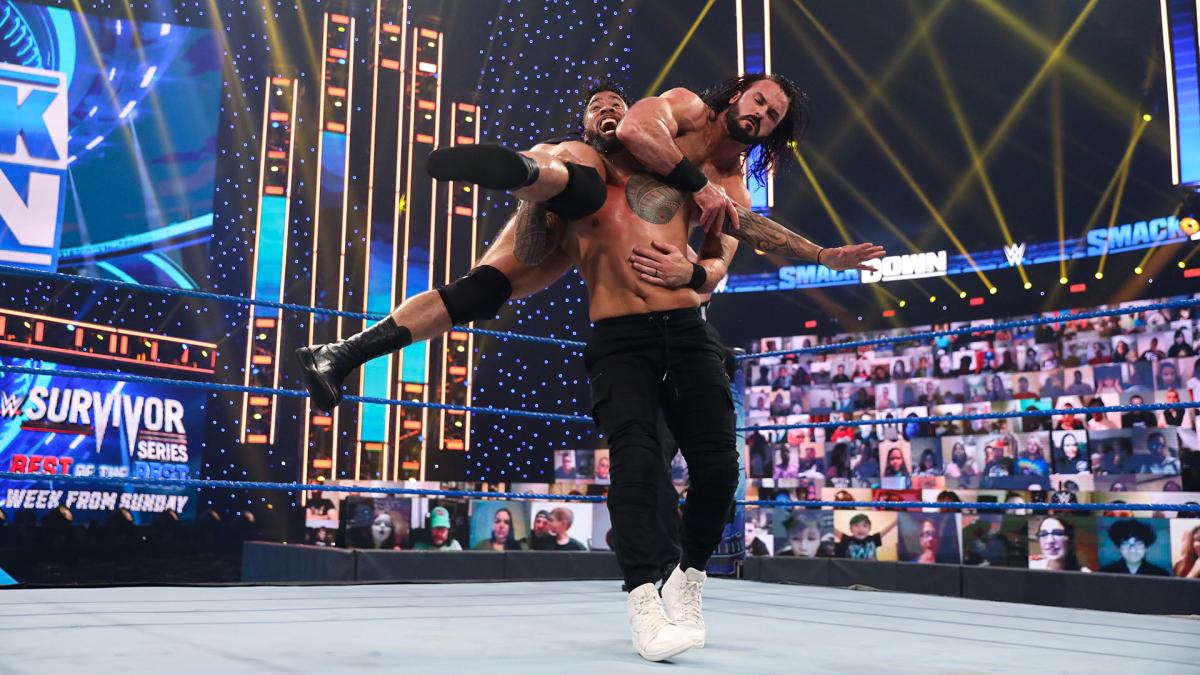 Or will this set up something further down the road, such as an improbable second consecutive Rumble win, and a WrestleMania match? 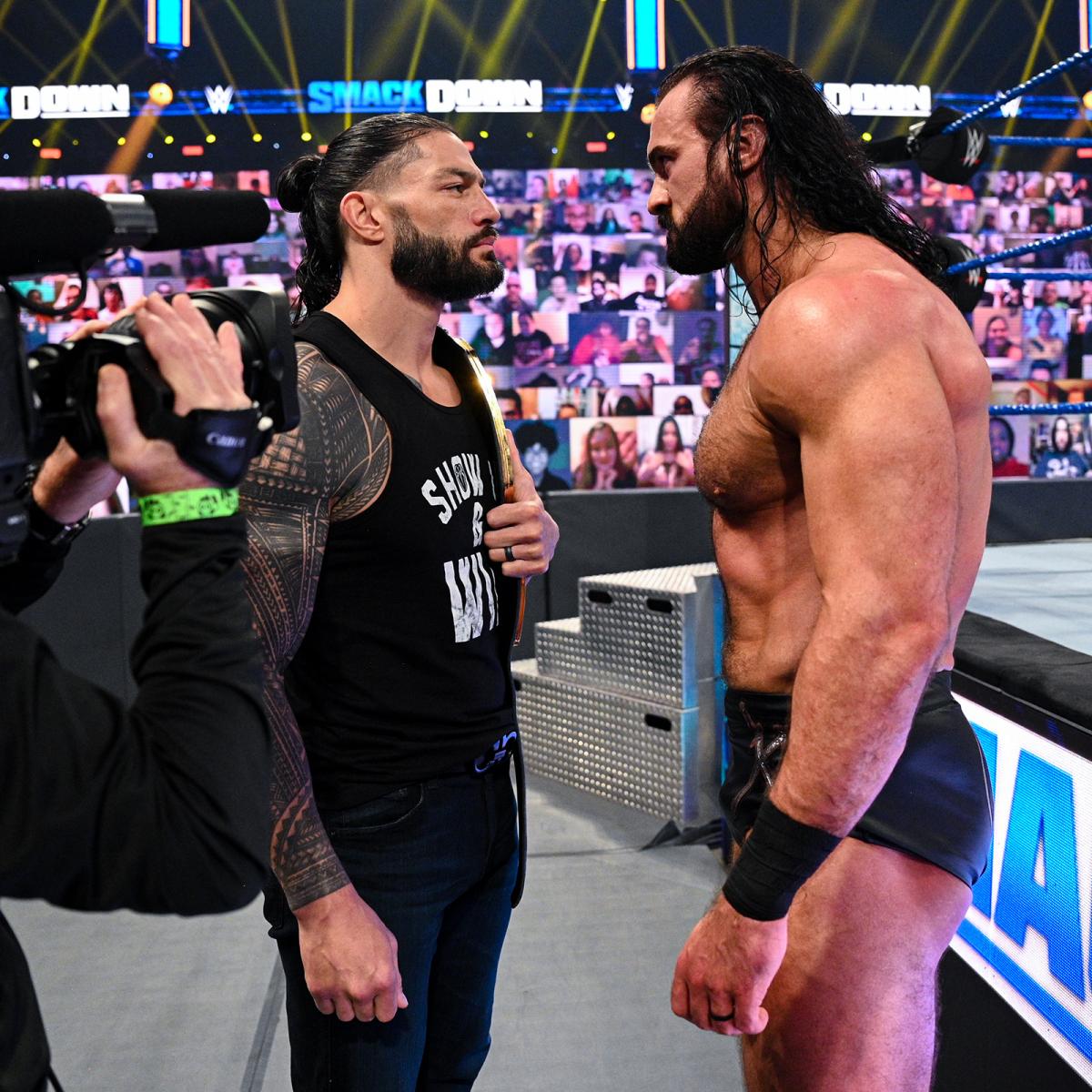 Either way, WWE set a hook or two tonight.

That four-way for a spot on the women’s Team SmackDown roster for Survivor Series? It wasn’t much fun. 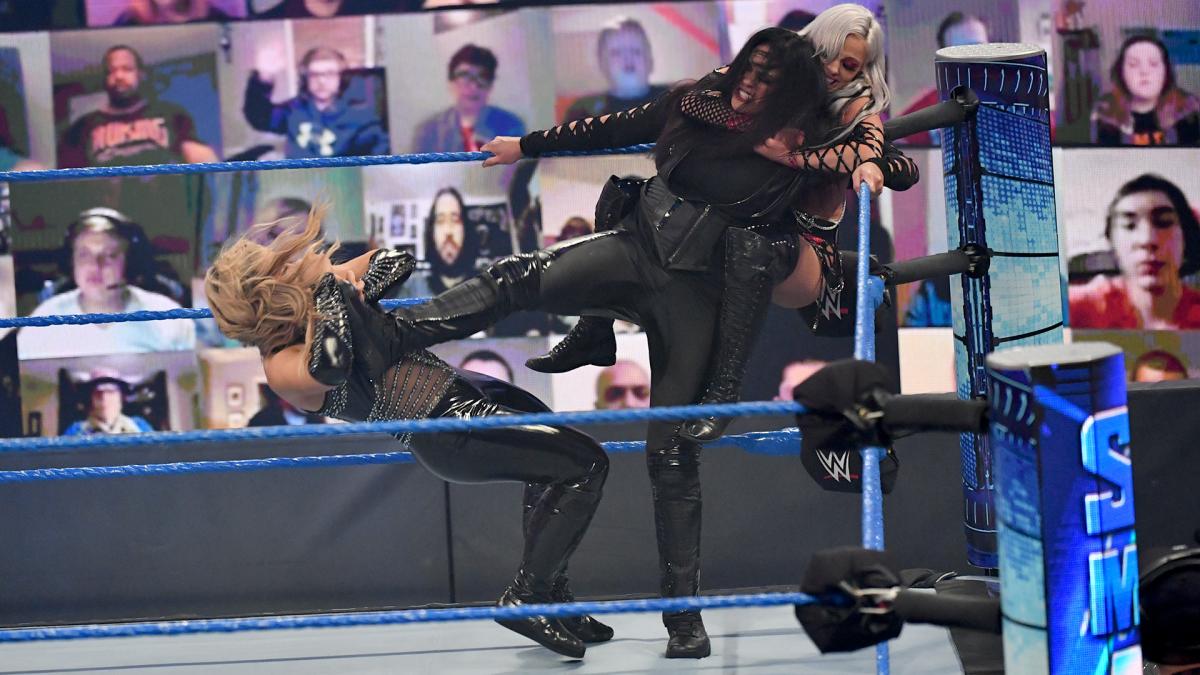 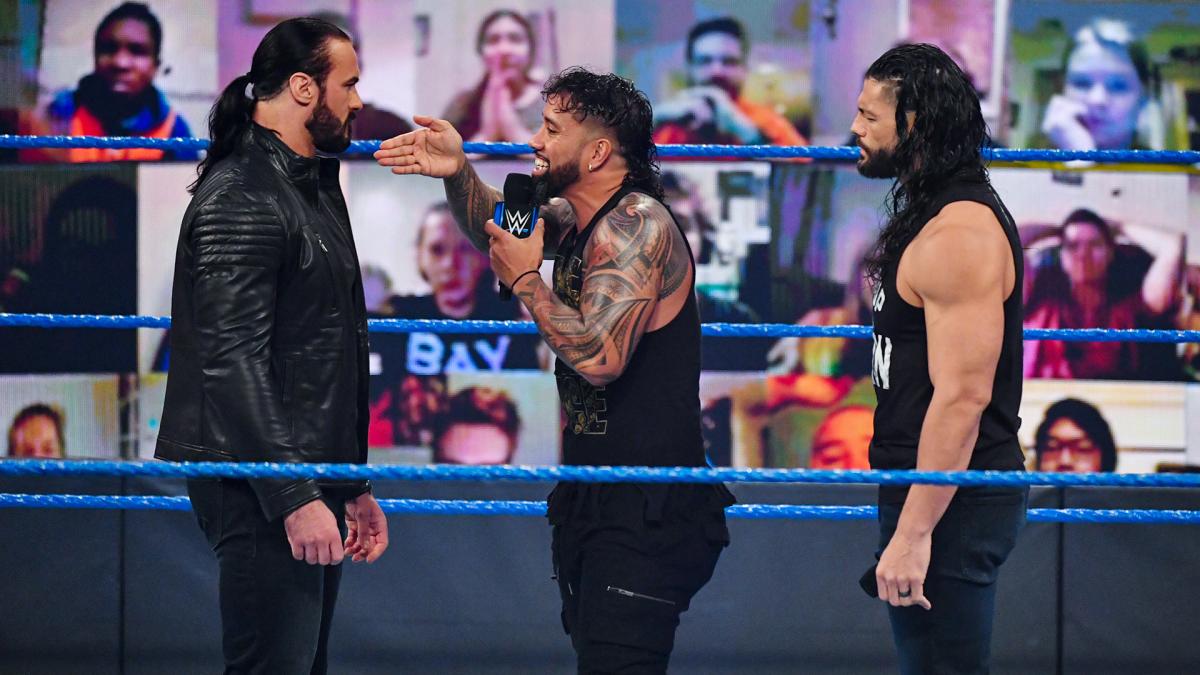 Whether setting up for a match next week or next year, the two were good.

Having Drew McIntyre show up seems to qualify here. 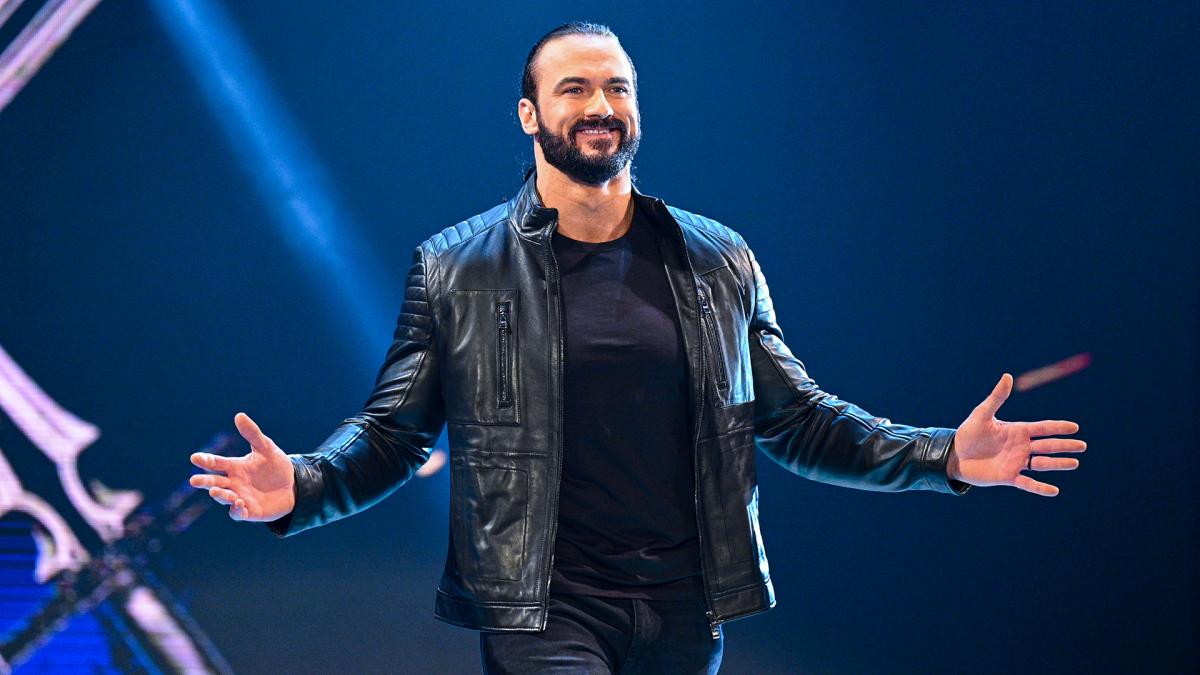 Now, if this had been Randy Orton showing up to annoy Roman Reigns? That is an easy sell, as we prepare to see brand on brand combat.

The WWE Champion is slated to battle the Universal Champion. As of now, that is Reigns and Orton.

So…Drew McIntyre wasn’t who you expected this week.

This one was all for Dolph Ziggler. 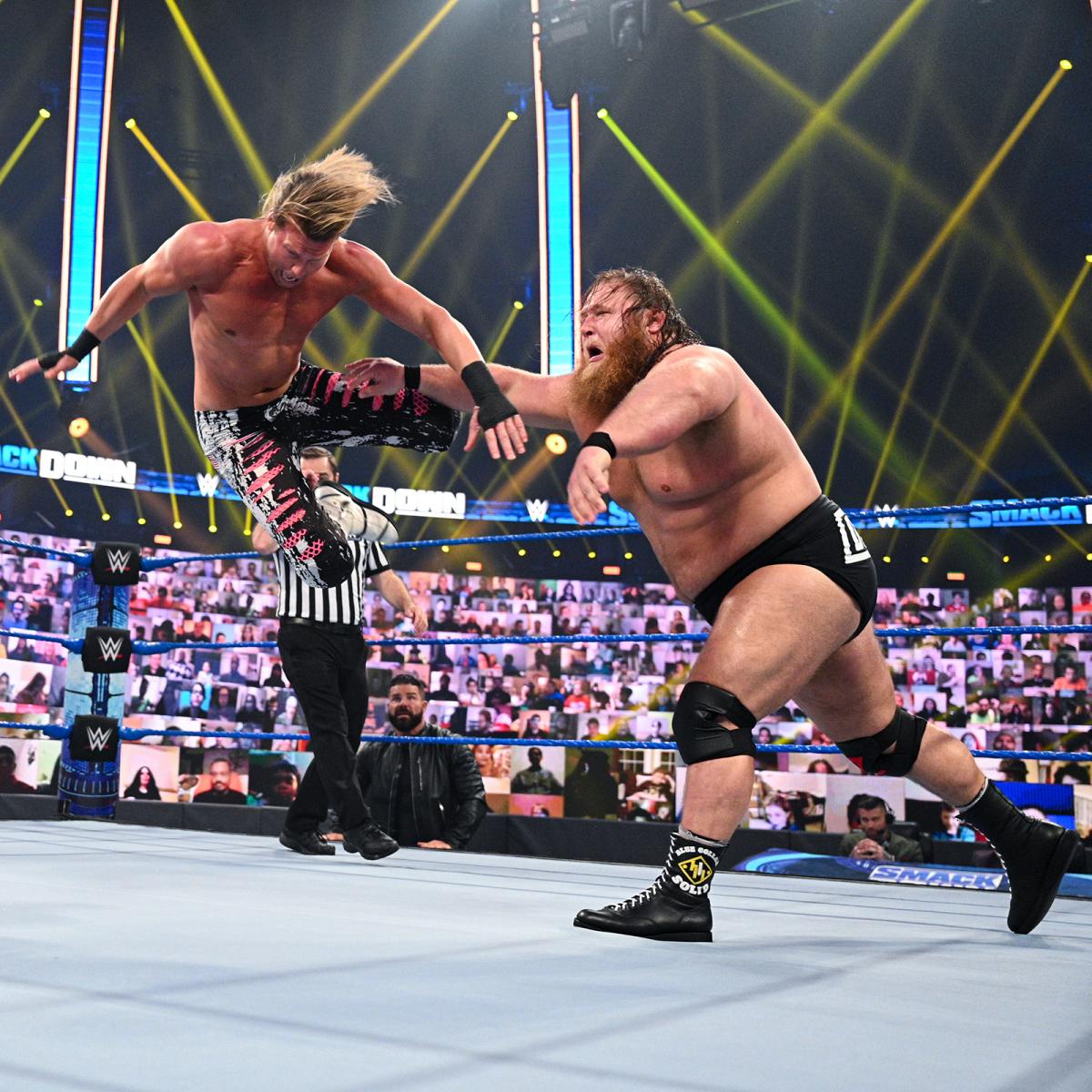 General gripe, but Cole seemed off tonight. Either WWE is trying to change some move names, or Cole messed up.

The one that stuck out to me was the “Scottish kiss”, with Graves almost immediately saying Glasgow Kiss.

And that wasn’t the only miss.

I guess Otis chowing down?

Probably again having Drew show up and tangle with Reigns and Uso.

It’s an interesting curve, though with WWE already swapping a major champion ahead of a Survivor Series in the not too distant past…would they do it again?

Totally unrelated to wrestling this week. Cancer sucks, and that could probably say it all.

Two weeks ago, on October 30, we found out my father in law had cancer, and the future looked bleak. He passed away on Thursday.

Family is hurting right now, and it sucks, and cancer sucks.

However, I am thankful to the support from my team, and I am grateful to have an escape in the form of this Nutshell…

The Mysterio-Murphy-Rollins program is getting near the end. Now, it does not seem that we will necessarily get that rumored wedding…but we do have a Murphy/Rollins clash next week.

It will be interesting to watch that one, especially with Rollins expected to take some time off when Becky gives birth.

Also, did I mention we had a really good main event?

Like, a few weeks ago, the idea of a clash between Roman Reigns and Drew McIntyre wasn’t really piquing my interest. 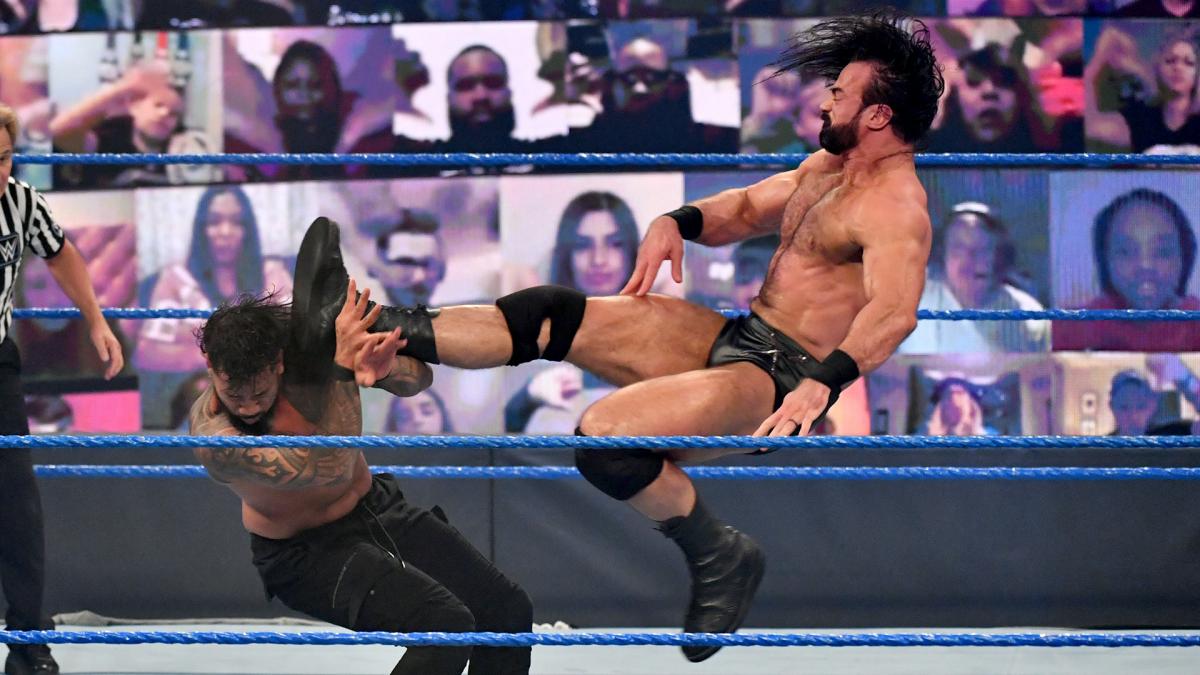 After this episode of SmackDown? They have my attention.

That’s a reflection of the booking, the Creative team, and of the talents of both Superstars.

It was a Friday the 13th, but that did not matter. Maybe it was purely because of the big Superstars, but they did make sure we had fun in the dome.

So, we have a week to go. One more Nutshell from each brand, and then it will be time for Survivor Series.

Next week will be busy, but buckle up and prep for more fun in the dome!